Apple Cider Vs Apple Juice: Which Is Better?

Apple cider and apple juice are both made from the same fruit. However, they are not the same and have different characteristics.

Apple cider usually is not filtrated and contains more polyphenols (chemical compounds with antioxidant properties) than apple juice. So, it can be used as a healthier option than apple juice.

So, if you are using apple cider to help you with health conditions like diabetes, heart diseases, or sore throat is a better option than apple juice.

Apple cider is a liquid made of minimally processed fresh, pressed apples. It is usually unfiltered, unsweetened, and unpasteurized and contains leftovers from the apples, but there is also apple cider that has been pasteurized.

If apple cider is left longer unrefrigerated it will start to ferment and turn into apple cider vinegar. And because apple cider doesn’t contain any sweeteners and is not filtrated and pasteurized, it has a shorter shelf life than apple juice.

Depending on the apples used in the making process, apple cider can have a sweet, tart, or tangy fruity flavor and cloudy yellow-brown to brown-red color.

Apple cider is a very popular ingredient used both in sweet and savory recipes and in drinks. It is used to enhance the flavor of barbecue sauces, salad dressings, cakes, caramels, candies, syrups, cocktails, and many other desserts and savory recipes.

Apple juice is also made of fresh, pressed apples. However, it is more processed than apple cider and with added preservatives and sweeteners. After the apples are pressed, they are filtered and pasteurized which extends the shelf life of the apple juice.

You can check the apple cider and apple juice differences presented in the table below.

Apple cider and apple juice contain similar amounts of vitamins, calories, and sugar. However, they have different flavors because apple juice is usually filtered, sweetened, and pasteurized.

Polyphenols have antioxidant properties and can stop cell damage, and lower the risk of serious health conditions like diabetes, heart diseases, high blood pressure, and cancer.

Apple cider contains similar, however, in smaller amounts nutrients as fresh apples. It has vitamin A, vitamin C, iron, potassium, and calcium. But apple cider is often unpasteurized, so it may also contain harmful bacteria.

Therefore, FDA recommends that older people with a weaker immune system, pregnant women, young kids, and infants should use unpasteurized apple cider only if it is boiled before use to kill the harmful bacteria that apple cider may contain.

Depending on your personal preferences you can use apple juice if you want your apple drink to be with a sweeter flavor, or apple cider if you like it less sweet and slightly sour.

They both will hydrate your body and offer some vitamins and antioxidants. You can even make apple cider without sweeteners and other additives at home if you have a few sweet apples and a juicer.

Just don’t forget to store it in the refrigerator to keep its original flavor longer because after two weeks it will start to ferment and turn into alcohol.

Can I Substitute Apple Juice For Apple Cider?

Apple cider is used in many different sweet and savory recipes and drinks. However, if you have only apple juice and your recipe calls for apple cider you can use it as its substitute especially in desserts.

Because apple juice has a sweeter flavor you will have to make some adjustments to use it in savory recipes as a substitute for apple cider.

It is best to use unsweetened apple juice as a substitute for apple cider because that way, your recipe will not be too sweet and you will get a similar flavor.

If you don’t like your savory recipes to get a sweet flavor then it is best not to use apple juice as a substitute for apple cider. Because apple cider is usually used in cooking and baking to give an original apple flavor to the recipes.

Why Does Apple Cider Taste Better Than Apple Juice?

Apple cider tastes better and has a natural, richer, apple flavor than apple juice because it is unfiltered, usually unpasteurized, and doesn’t have added sweeteners.

While the processes of filtration and pasteurization and the preservatives and sweeteners used in the apple juice alter its flavor making it sweeter, with weaker apple flavor and lighter than the apple cider.

Unpasteurized apple cider has a short shelf life of 7-10 days once opened. And if it is not stored in the refrigerator it will start to ferment and turn into apple cider vinegar.

Apple cider is available during the harvesting season in the fall months. However, apple cider manufacturers are usually freezing it so they can sell it all year round.

When you are using apple cider you will get flavor like when you are tasting fresh apples, while apple juice is more like a product with apple flavor. You can pick the one that you think is best for you and whose flavor you like more.

Apple cider is a delicious drink that you can use in both cold or hot, with added spices like nutmeg, cinnamon, allspice, anise, and cloves, plain or as a cocktail ingredient. But it is also used as a cooking and baking ingredient in many different sweet and savory recipes.

In cooking, apple cider works better since it is unsweetened and doesn’t have preservatives, but it has pectin, a soluble fiber that acts as a thickener in different desserts, jams, jellies, sauces, and many other recipes.

Apple juice is more processed than apple cider. It doesn’t contain pectin or the thickening abilities of apple cider, so apple cider makes a better option for different sauces, caramels, dressings, and other recipes.

Apple juice is sometimes fortified with vitamin C. So if your dish calls for apple cider you can use apple juice instead. Just note that you will not get the same flavor as with apple cider. Your dish will have a sweeter flavor and lack the tart and tangy flavor you use to get from apple cider.

If you were confused between the terms apple cider and apple juice, I hope that I helped you to learn how to recognize them.

Apple juice is clear, lighter, and sweeter, while the apple cider is cloudy, with darker color and tart, tangy, sweet flavor. Although they are both made of apples they have a different flavor and they are usually confused with each other.

Depending on the country where you live they can be found by different names. But no matter which one you choose you will improve the flavor of your recipes. And add some vitamins and antioxidants to your diet. 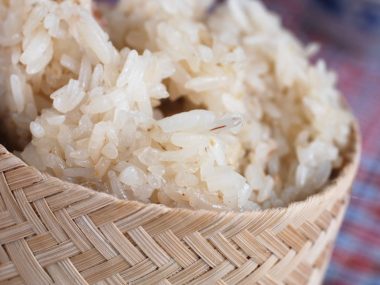 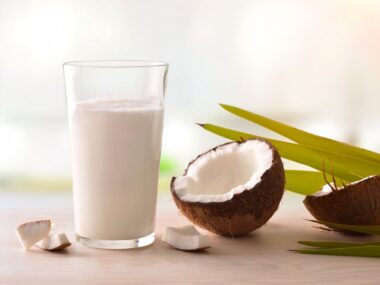 Read More
Coconut milk is one of the most popular types of milk on the market. It is on the…
Read More