Cotija cheese is well known amongst Hispanics. For those who are new or not familiar with this type of cheese, it’s actually from cow’s milk aged between four months up to a year. The result after the aging process is a crumbly but still creamy consistency.

It’s a perfect topping for famous Hispanic dishes such as tacos, enchiladas, stews and so much more.

Let’s discuss how we can use these 10 substitutes for cotija cheese in most dishes.

Feta cheese was first invented in Greece that even dates back from the 8th century BC. It’s made from goat’s or sheep’s milk and sometimes a mix of both which is aged for a minimum of 3 months. It’s one of the crumbly cheeses that has a semi salty taste available in the market that is also flexible to use with any dishes.

It’s one of the best substitutes for cotija cheese due to its amazing resemblance. It’s identical both in taste and texture. However, feta cheese has a milder odor compared to cotija cheese. This cheese can be a perfect topping for tacos, filling for burritos, and also perfect for stews.

Ricotta Salata is an Italian cheese that’s also made from goat’s or sheep’s milk. Other variants can also be made from cow’s milk. But the most famous kind in Italy is the one made from water buffalo milk whey. It has a more distinct flavor, texture, and aroma compared to the other ones mentioned earlier.

Ricotta resembles the cotija’s appearance and texture due to its white and semi-hard cheese curds. The taste may vary a bit since ricotta is more on the sweeter side. Still, it retains a bit of its saltiness which makes it perfect for replacing cotija. You can’t even tell the difference other than it’s a bit sweeter than cotija.

Red Fox cheese might be a totally different substitute, first because of its appearance, second, it’s cheddar type of cheese and third, it’s not really as crumbly as cotija. But the good thing about this cheese is its quite complex characteristics that actually spices up any dish that you use with cotija.

It has a very mild odor with a sweet, salty, and savory flavor better than most cheddar cheeses. It’s also easy to shred to make it a perfect topping for nachos and tacos. That’s why it’s also a perfect substitute for cotija cheese if you don’t have semi-hard cheese available.

Wensleydale cheese was originally introduced in North Yorkshire, England, manufactured in large quantities due to its high demand in the market. It also has the same texture as cotija which is crumbly and white in appearance. But the taste quite resembles ricotta, which is sweeter and savory. It’s also highly aromatic because of its sweet smelling honey scent.

I’ve tried using this for pico de gallo and aguacate just to make it creamier and it turned out pretty good. This cheese is also flexible and can be used in so many Hispanic recipes. I like using it with quesadillas, queso, and tacos. It’s also flexible to mix with other cheeses if you like it saltier.

Also known as Caerphilly cheese, is another crumbly white cheese that is a native from Wales, England. Unlike other white crumbly cheeses, caerphilly has more moisture hence the creamier texture and taste. This type of cheese has a variety of options to choose from, you can pick from very moist to very dry types of caerphilly cheese.

Since it’s also a white crumbly cheese, it’s a perfect substitute for cotija. It’s a perfect pairing for salsas, chilis, enchiladas, and stews because of its tangy and salty flavor. It’s quite on a refreshing side compared to other soft cheeses that are only sweet or salty. The aroma is also bearable which is good for those who are not a fan of strong cheeses.

You should know by now that cotija cheese is the “parmesan” of Hispanic culture. Due to its wide uses in most dishes. The same as parmesan Parmigiano, it’s never absent in every Italian dish. It’s good to know that this cheese is not only limited to Italian dishes but can be also used for our favorite Hispanic favorites.

Parmesan is like a doppelganger of cotija, you can use it with every dish. It has almost the same texture, flavor, and aroma. Don’t be scared to go overdose with parmesan on your taco al pastor, sopes, and machaca.

Cottage cheese is by far the freshest cheese on this list. The process of making it is like how mozzarella cheeses are made. It’s best consumed when fresh from the farm because of its creamy and semi-sweet taste. However, packaged cottage cheese is always readily available in the market.

Another Italian native cheese is Taleggio. It usually comes from cow’s milk and is either raw or pasteurized. After it’s harvested and processed, it’s ready to consume after 40 days of aging and fermentation. It’s texture and physical appearance is quite the opposite of cotija because of its softer texture and a hint of red color.

I have come to discover this cheese when I substituted it as a topping for stews, chilaquiles, and enfrijoladas. Because it’s softer, it’s perfect for dishes that are warm and gooey. The cheese performs way better when warmed to achieve that stretchy and aromatic effect of the dish.

Anejo cheese is another Hispanic type of cheese that originated from Mexico. It’s actually known as queso añejo and a very common substitute for cotija cheese. It’s usually made out of goat’s milk but has now been produced with cow’s milk as well. It has the same taste and texture as cotija, parmesan, and feta cheese. These four can be substituted perfectly with one another.

Although it’s known as the best topper for tacos, burritos, and enchiladas, I like to use this dish on most baked dishes. It doesn’t burn immediately and it has that nice aroma and taste to it. Its sharp salty flavor can totally add some kick to every dish especially if you accidentally made it bland.

Last but not least is Romano cheese or also known as Pecorino Romano is famous in Canada and the US. However, it originated from Italy and produced specifically from sheep’s milk. Nowadays, pecorino romano can be bought made from cow’s and goat’s milk. The appearance is quite different, not as white as cotija but is crumbly and salty.

Is Cotija Cheese and Feta the same?

When the cotija cheese is freshly made it definitely has a resemblance with feta cheese for its moist and soft texture. However, when aged for a long time, it gets hard but still crumbly which resembles parmesan or Anejo cheese. That’s why these can be substituted with one another due to the high resemblance of characteristics.

Do you need to refrigerate Cotija cheese?

Fortunately, you don’t need to refrigerate cotija cheese to make it last its shelf life. Thanks to how it was manufactured, it has enough levels of salt and proper fermentation to last even in room temperature.

Even when opened, you don’t need to refrigerate the leftovers. Especially the dry cotija cheese, it doesn’t have much moisture so it’s fine to leave in a clean and safe spot outside the fridge.

Cotija cheese is a salty kind of cheese and has also a strong aroma that goes well with it. That’s why it’s a perfect pairing for most Hispanic traditional dishes because of its ability to add more flavor to the dish. Other than that, it’s also creamy when warmed and can be added to soups and stews to make it creamier and comforting.

Rest assured that the next time cotija cheese is unavailable, you have at least 10 substitutes to choose from. You’ll never run out of alternatives to make your dishes happen for last-minute meal prepping. Even if cotija cheese is unique to some, there are other cheeses that we are familiar with that we can definitely use to substitute. 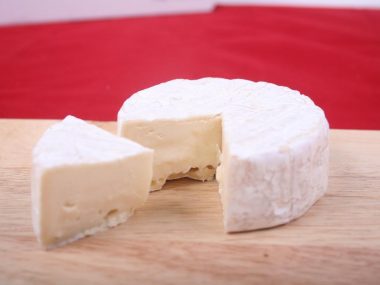 Read More
Brie cheese is the right cheese for you if you prefer a creamy, buttery, and slightly earthy taste.…
Read More 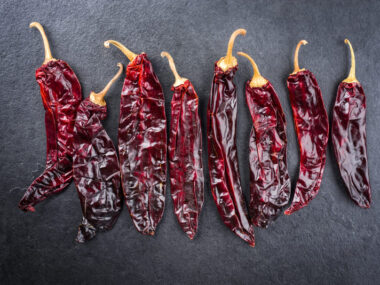