Provolone is a traditional Italian semi-soft cheese made from cow’s milk. Pale yellow in colour with a fairly mild sweet flavour makes it a very versatile cheese in cooking. It is made by tying the cheese curds with string and hanging them up to mature for at least 2 months; sharper tasting varieties tend to be left to mature for at least 4 months.

Due to the versatility of Provolone and it’s mild taste, it is possible to substitute it for another cheese within certain recipes. It does depend on what flavours and textures you want to bring to your dish but there is a wide variety of cheeses that you can use instead of Provolone.

If you are struggling to find Provolone for a recipe or dish, here are some great tasting cheeses from around the world that can work as alternatives and substitutes.

Fontina is another Italian cheese made in a different region of the country to Provolone, the Aosta Valley, but versions are made in the US & France also. It’s a semi-soft cow cheese giving it a similar buttery texture to Provolone. With a savoury and nutty flavour to it, Fontina can be used as a direct substitute for Provolone in any dish. It is especially great for melting and grating.

This Italian cheese is traditionally made with buffalo milk and has a very distinct texture and flavour. It is probably one of the most well-known cheeses making it very accessible across the world. Mozzarella can have a similar texture to Provolone, you just need to make sure you buy the right variety.

Made using the same method of stretching the curds and hanging to mature, means there are different varieties to Mozzarella depending on how long it is left to mature and dry.

It has a low-fat content so it is often suggested to blend or mix Muenster with a low-moisture Mozzarella; Muenster will bring more of a texture and bite to balance out the Mozzarella’s more soft and mild texture and flavour. Blending these two kinds of cheese together can create a close similarity to Provolone.

This is a hard Italian cheese substitute for Provolone if you are needing the cheese just for grating or seasoning a dish. Parmesan is quite different to Provolone with a crumbly hard texture and a distinct salty flavour but the nutty flavour is a delicious addition to any dish or to a blend of other cheeses.

Parmesan could be blended with a more mild cheese or just added at the end to a finished dish. Pecorino is a sheep cheese version of Parmesan, aged for a shorter amount of time, making it a little sweeter and milder in taste if Parmesan is a little too strong in flavour for you.

A semi-soft cow’s cheese from the Netherlands and very popular around the world making it very easy to find in supermarkets. Gouda can be melted, cooked with or just simply added to cheese boards or sandwiches. It has a mild flavour and pale in colour similar to Provolone and so can be used as a direct substitute for Provolone in any dish.

A semi-soft cheese famous for its round cylinder shape and being sealed in a distinctive red wax coating. Originally from the Netherlands, it was traditionally eaten at the end of a meal. However, it melts really well and is easy to slice meaning it can be used as an alternative Provolone in a wide variety of cheese-based dishes.

A variety of medium-hard Swiss cheese; though in America it is simply called ‘Swiss Cheese’. It is known for its signature holes throughout due to the way it is matured and made. Emmental is a slicing cheese with a mild taste and is traditionally used in sandwiches or eaten with cold meats making it a good substitute for Provolone.

It does melt and you can find bags of pre-grated Emmental in countries like France. However, it doesn’t quite stretch the same way Mozzarella does. In Europe, Emmental is often substituted for the traditionally British cheddar cheese which can be more expensive in European countries.

This hard Swiss cheese melts really well and is traditionally used in fondues in the Swiss mountains as well in traditional French dishes such as a croque-monsieur.

Though it is defined as a hard cheese it has a very different texture to Parmesan; not as crumbly due to it not being aged as long. Also, it is more flavoursome and salty than Emmental making it a great Swiss cheese to substitute Provolone in any cooked dishes.

What cheese is the most similar to Provolone?

Traditionally, Provolone is simply enjoyed with chutneys, cured meats and bread. However, it does melt very well so can be added to a range of cheesy dishes such as fondue or souffle.

Traditional Provolone is only made in the Val Padana region of Italy but is bought and sold all over the world. However, it still may be hard to find or too expensive compared to other cheeses available in your country. Italian immigrants have brought Provolone to the US and so you can find a US variety across the country.

Low-moisture Mozzarella is closest in similarity to the young, 2-month-old Provolone and can be used as a direct substitute in many dishes. However, there are more pungent cheeses such as Gruyère, Gouda and Fontina that could bring a lot more flavour and sophistication to your cheese dishes.

Also, don’t be afraid to experiment with blending a variety of cheeses together. Each cheese brings such different qualities, flavour and textures that having a mix of a soft mild cheese with a hard more nutty-tasting cheese could work well together to create a great substitute for the semi-soft Provolone. 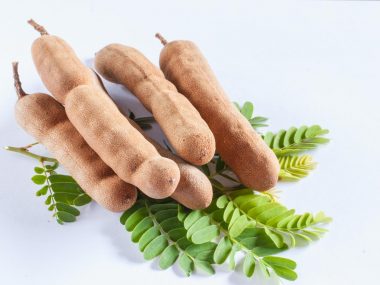 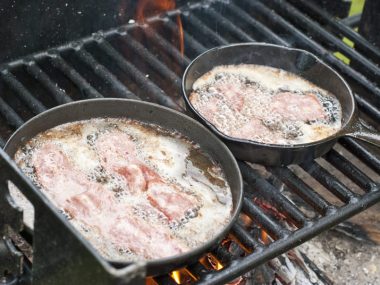