Mozzarella cheese is one of the most favorite cheeses in the world for its stringy and chewy texture that would surely make you want for more. It’s no surprise why most of us would overpopulate our pizza with mozzarella cheese to achieve that stretchy pull after slicing.

Now that’s a lot of substitutes to choose from. Here’s how you can use these substitutes and how it resembles mozzarella cheese.

Notice that mozzarella doesn’t offer that much flavor. It almost doesn’t taste anything, isn’t it? When substituting it with white cheddar, you can opt for less salty variants so the substitution won’t be that obvious. But if you like more flavor to the dish, go ahead and indulge with any kind of white cheddar.

White cheddar melts as fast as mozzarella, making it perfect for pasta, baked mac, pizza, and lasagna. However, when melting it be wary of the temperature since it gets easily burned. The good thing about white cheddar is its popularity granting accessibility, which can be purchased in almost any grocery store.

Is a type of soft white cheese that has a more buttery and sweeter flavor. Milder than the taste of white cheddar, making it almost identical to the taste of mozzarella cheese. When cooked whether, on high or low temperatures, Jarlsberg tends to be creamy if you like the dish to be on the creamier side.

To make the most out of Jarlsberg, you will need to shred it ahead so it can equally melt when cooked. It’s a creamy topping for bread, pies, cheesecakes, and even pizzas if you prefer it less stretchy but creamier instead.

Personally, I like using pepper jack because of its subtle hint of spice. Do not be intimidated when using pepper jack thinking that it’s too spicy for your liking. It’s still fairly mild compared to other cheese variants and doesn’t sting the tongue.

This cheese also melts pretty quickly like mozzarella and the best thing about it is, it gets really stretchy when newly cooked. I like using it for making pies, pizzas, lasagna, and deep-fried cheese. Plus, pepper jack has a burst of flavor adding more taste to any type of dish.

Swiss cheese is another flavorful variant that you can use as a substitute. It has a more buttery and nutty taste adding more flavors to any kind of dish. The same as Jarlsberg, swiss cheese can be very creamy and easily melts. Also, know that it doesn’t stretch like mozzarella.

Still, it works with any dish, especially for lasagna. I personally like using swiss cheese for lasagna because of its sweet and creamy flavor. I prefer my lasagna to be creamy and less stretchy because it gets really messy when being stretched by the cheese.

Provolone is another perfect substitute for mozzarella because of its uncanny similarities. It almost tastes the same but provolone just had that distinct but milder flavor. Provolone melts pretty quickly and becomes really stretchy making it a better substitute to use.

I like using provolone for grilled cheese, deep-fried cheese, and pizza topping. To get the best results, provolone melts well when shredded and distributed onto the dish evenly. Also, don’t be afraid to put more if you want to because provolone is milder and less salty. You don’t have to worry if the dish will come out too strong.

For a healthier option especially for those who are watching out for their calorie intake, feta cheese is a healthier substitute for mozzarella. However, it’s important to note that feta and mozzarella are completely opposite when it comes to taste. Feta is pretty strong compared to the tasteless mozzarella

The melting time for feta might take longer than other cheeses and can result in a creamier texture. Also, be mindful by putting too much feta on the dish to avoid it to come off too strong. It’s best to use a 2:1 ration, for every 2 cups of mozzarella, only use a cup of feta cheese. The good thing about feta is you can use it in many dishes that you can think of that needs cheese.

Ricotta quite resembles feta and cream cheese, but note that ricotta has its own unique characteristics. Ricotta has a milder and sweeter taste if you prefer the dish to be less strong or salty. Also, it adds a creamy taste to it because of the softness of the cheese.

Although ricotta is considered somewhat soft, it’s surprising how it doesn’t melt when cooked. It only softens and gets creamy so don’t expect this to be stretchy when you like your pizza to stretch out when eaten. Still, ricotta made this list because of its milder and creamier flavor.

Gouda cheese, whose origins dates back way from the Netherlands, this got to be one of my favorite cheeses personally. I like its milder and nutty flavor, even perfect to be eaten by itself. Though it looks hard, at first sight, it melts pretty quickly just like mozzarella cheese when cooked.

I like using this for pasta sauces/toppings, baked mac, new york sandwich, and even for lasagnas. I sometimes use this for pizzas because it doesn’t burn in higher temperatures. Gouda is versatile in the kitchen and can be added or topped to many dishes.

If you don’t know by now, Mexican cheese is one of the mozzarella’s doppelgangers. For one, it tastes almost the same, both melt pretty quickly and it’s stretchy once cooked in the oven. Ever since I discovered this variant on my visit to Austin, Texas, I just got hooked and can’t get over it.

The aroma of the cheese is also not strong so it’s perfect for those who prefer their dishes on the milder side. Also, it’s also a flexible cheese that can be a perfect match with any dish. Other than using it for chilis, I like it as a topping for mini pizzas, garlic bread, and cheesecakes. If you can’t find this in your local grocery stores, try visiting specialty or international shops to find this hidden treasure.

Last but definitely not least, is fontina cheese, a type of hard cheese that has a distinct nutty flavor that melts easily when cooked. Just like the other variants listed above, fontina doesn’t really melt when cooked but it gets creamy and soft to the bite. This made it on the list when I had an emergency pizza dinner and I ran out of other cheeses but except fontina.

I was surprised that it works pretty well with pizza because of its mild but decadent flavor. Since then, I started experimenting with the cheese by using it with lasagna, pasta, bread, baked macs, and other baked dishes. The cheese works well when shredded thinly to create an illusion that it’s actually melting.

To really get the feel of mozzarella for your dishes, I highly recommend using provolone or Mexican cheese. Especially if you’re looking into achieving a more stretchy and gooey texture on pizzas and lasagnas. Also, the taste of both kinds of cheese is milder almost similar to the mozzarellas. 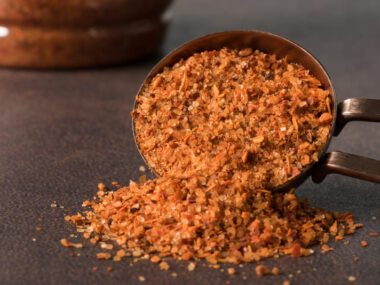 Read More
Tajin is a popular seasoning in Mexico. And thanks to its pungent taste and rich flavor, it became…
Read More 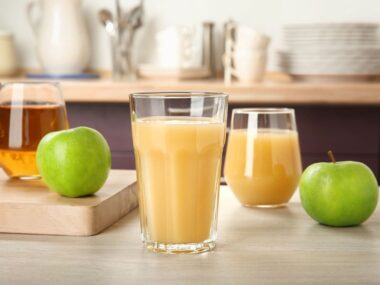 Read More
Apple juice might seem one of the basic things to have in your kitchen. However, because it is…
Read More