Blue cheese is a type of cheese made with pasteurized sheep, cows, or goat’s milk with added Penicillium mold cultures during the process of making the cheese.

This cheese is known for its sharp, salty flavor strong smell, and characteristic look. But it is also a good source of calcium, protein, selenium, and phosphorus.

Depending on the type, its flavor and texture can vary from creamy, soft, and a bit earthy to crumbly, sharp, and salty.

A common characteristic of all blue cheeses is the green and blue veins and spots of mold all over the cheese. They come out during the aging process that lasts from 60-90 days.

Blue cheese pairs well with nuts, crackers, and fresh fruits and looks great on a cheeseboard. But you can also add it to different dressings, salads, soups, sauces, pasta dishes, meat stuffing’s and baked grains to give a lovely umami flavor.

There are many variations of blue cheese with similar flavor and texture that can be used as each other’s substitute.

Depending on the recipe in which you want to substitute blue cheese, you can use some of the other types of blue cheese or any cheese with a similar texture and flavor.

You can even use vegan alternatives for blue cheese if that’s your preference. 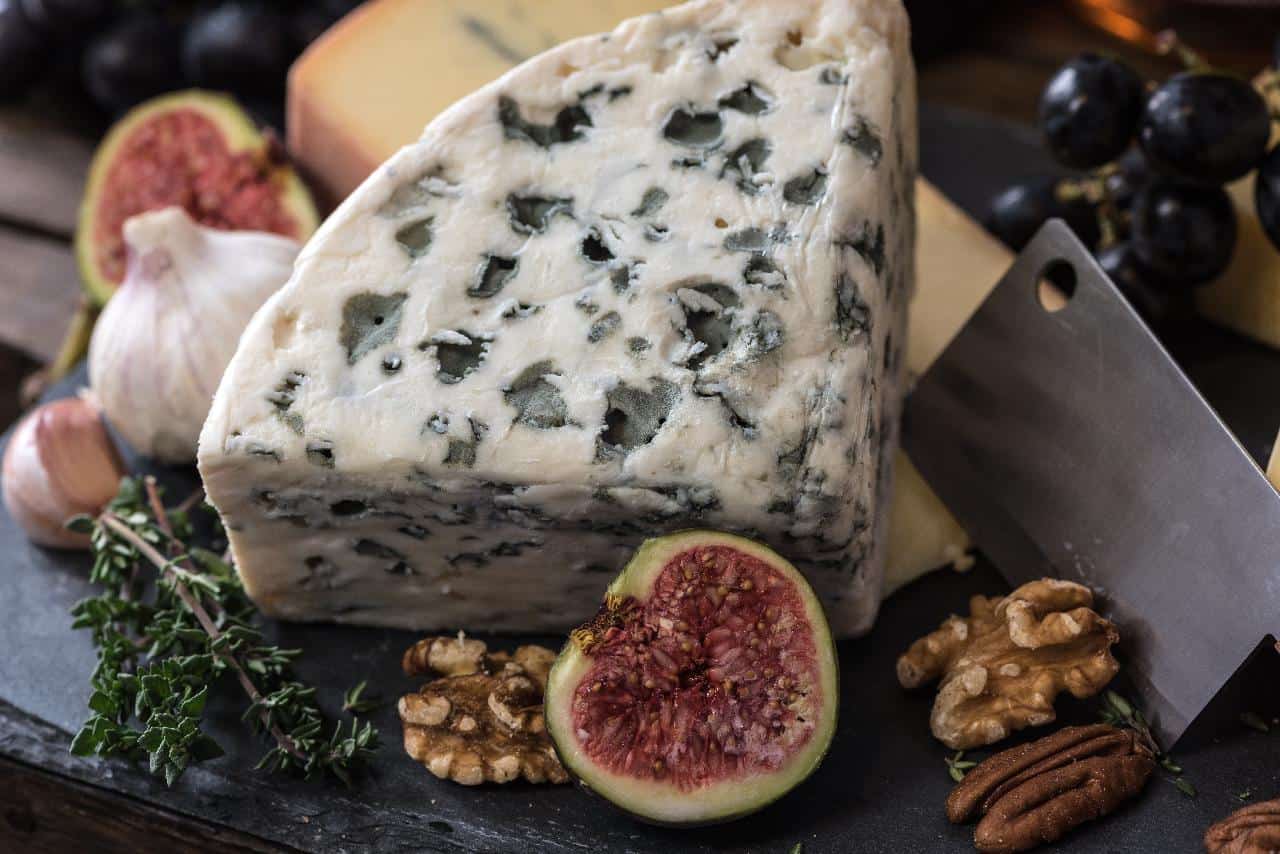 Gorgonzola is Italian blue cheese made with pasteurized cow’s milk and marbled with blue-green veins of mold.

Depending on the aging time there are 2 types of this cheese including Gorgonzola dolce, aged for two months with a buttery sweet flavor and soft creamy texture, and gorgonzola piccante aged for 3 or more months with strong spicy flavor and crumbly texture.

Gorgonzola is usually served on cheese platters with different fruits and nuts, added to different pasta, salads, risotto, cheese sauces, and used as a pizza topping.

You can use both types of gorgonzola as a substitute for blue cheese in your recipes depending on your taste.

Maytag is American blue cheese that has a creamy, moist, and crumbly texture and a slightly tangy, nutty flavor with a hint of lemon.

It has a strong smell that might be unpleasant but it can be used as a good substitute for other types of blue cheese. Maytag works well in salads, pasta, soups, burgers, sauces, and many other different dishes.

If you don’t mind the smell, you can use this cheese as a substitute for blue cheese in your salad, burger, pasta, or any other dish that calls for blue cheese.

Roquefort is one of the most known blue cheeses made with sheep’s milk.

It has a characteristic blue marbling and crumbly, moist texture with a tangy, sharp, salty flavor. Roquefort cheese is served on cheese platers combined with many fruits, crackers, and nuts or as a table cheese.

However, you can also add it to salads, sauces, dressings, sandwiches, roasted vegetables, pasta, and steaks. This cheese is a perfect addition to many different recipes and a good substitute for blue cheese.

Danabluis, also known as Danish blue cheese, is a semi-soft blue cheese made with cow’s milk.

It has a sharp, salty flavor and smooth, creamy texture marbled with blue lines. Danablu pairs well with seared beef, pork or veal steak, fruits, nuts, and biscuits, but it is also used in soups, stews, pasta, salads, sauces, and pizza.

You can use danablu in your recipes as a substitute for blue cheese and make them creamy with a beautiful flavor. 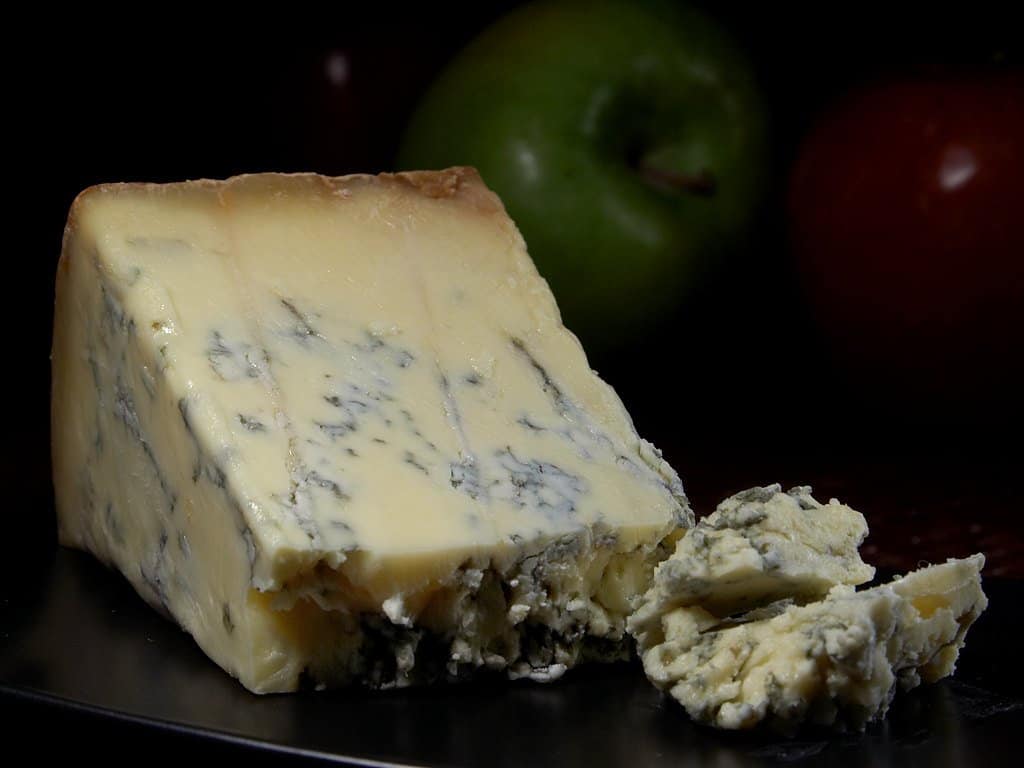 Stilton is an English blue cheese with a soft, crumbly texture and creamy, nutty, and salty flavor. There are two types of this cheese including white stilton with a milder flavor and creamier texture and blue stilton which is marbled with blue lines.

This cheese works well in different pasta, risotto, salads, desserts, burgers, and sauces. However, you can also serve it on a cheese board with some fruits, nuts, and honey.

Cambozola is semi-soft blue-veined German cheese made with pasteurized cow’s milk and cream. It has a sharp, sweet flavor and creamy, soft texture that melts in your mouth.

Cambozola cheese works well in many different salads, sauces, soups, pasta, dressings, desserts, and other dishes. But it also pairs well with fruits and nuts and is usually a part of cheese boards.

The interior of the aged monte enebro cheese is white with a smooth, creamy texture, and intense, tangy, and slightly spicy flavor, whereas the rind has a blue-gray color because of the blue mold development.

Monte enebro cheese makes a great addition to cheese boards. However, you can also use it in many different recipes like salads, soups, sauces, and desserts.

Bleu d’Auvergne is a blue cheese of French origin.

Made with pasteurized cow’s milk this cheese is aged for 4 weeks during which period the mold grows and creates blue-green lines inside the cheese.

Bleu d’Auvergne has a creamy texture and spicy, tangy, herbaceous, and salty flavor. However, it is less salty than the other types of blue cheese. You can add it to pasta, salads, sauces and serve it with sweet wines, fruits, and nuts. 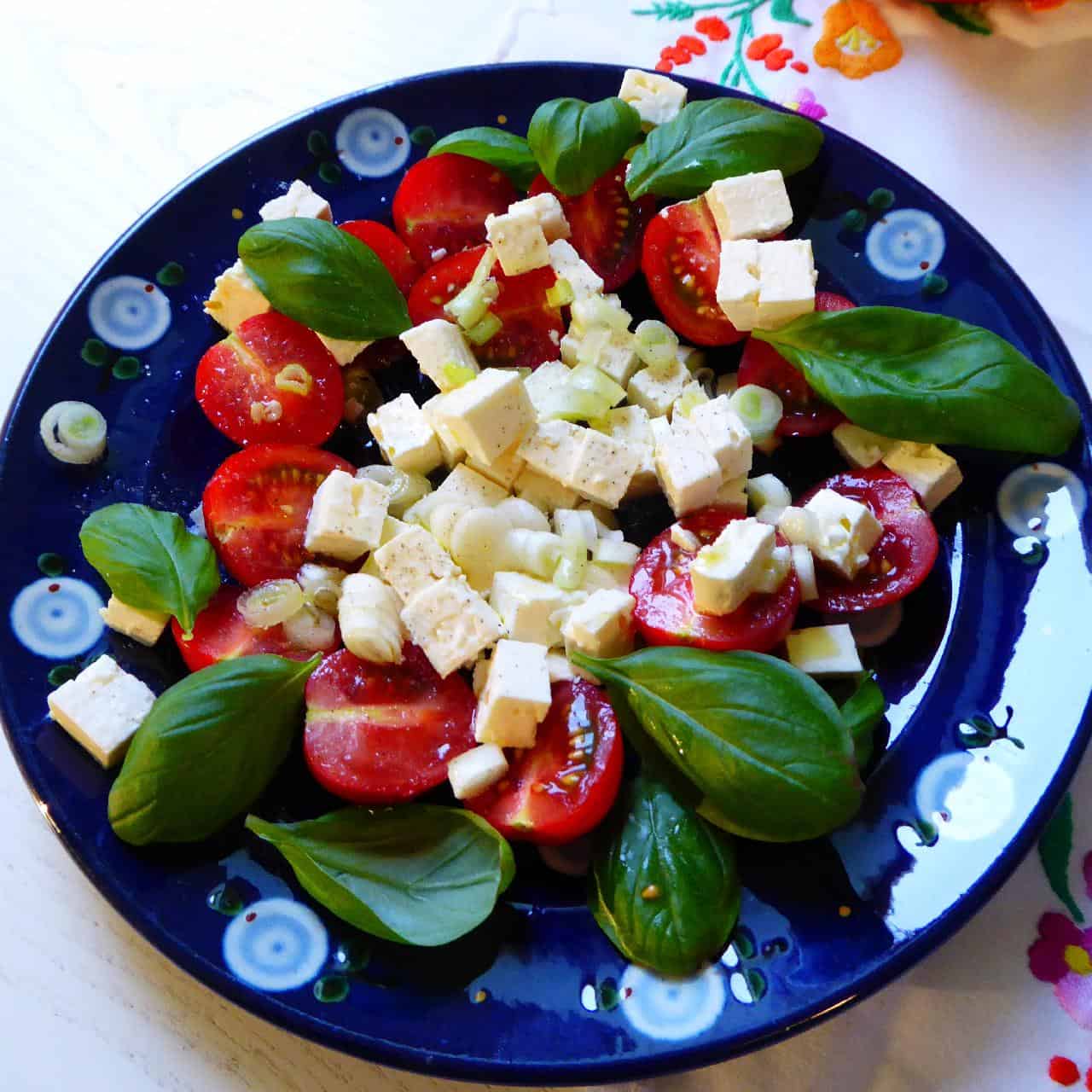 Feta is soft Greek cheese that can be made with sheep’s or goat’s milk or a combination of both.

It has a creamy, crumbly texture and salty tangy flavor. Feta cheese doesn’t have a strong smell like blue cheese but they both have a similar salty flavor.

Therefore, you can use feta cheese as a substitute for blue cheese in many salad dressings, sauces, pasta, and salads. Or serve it with some olives, fruits, and crackers. 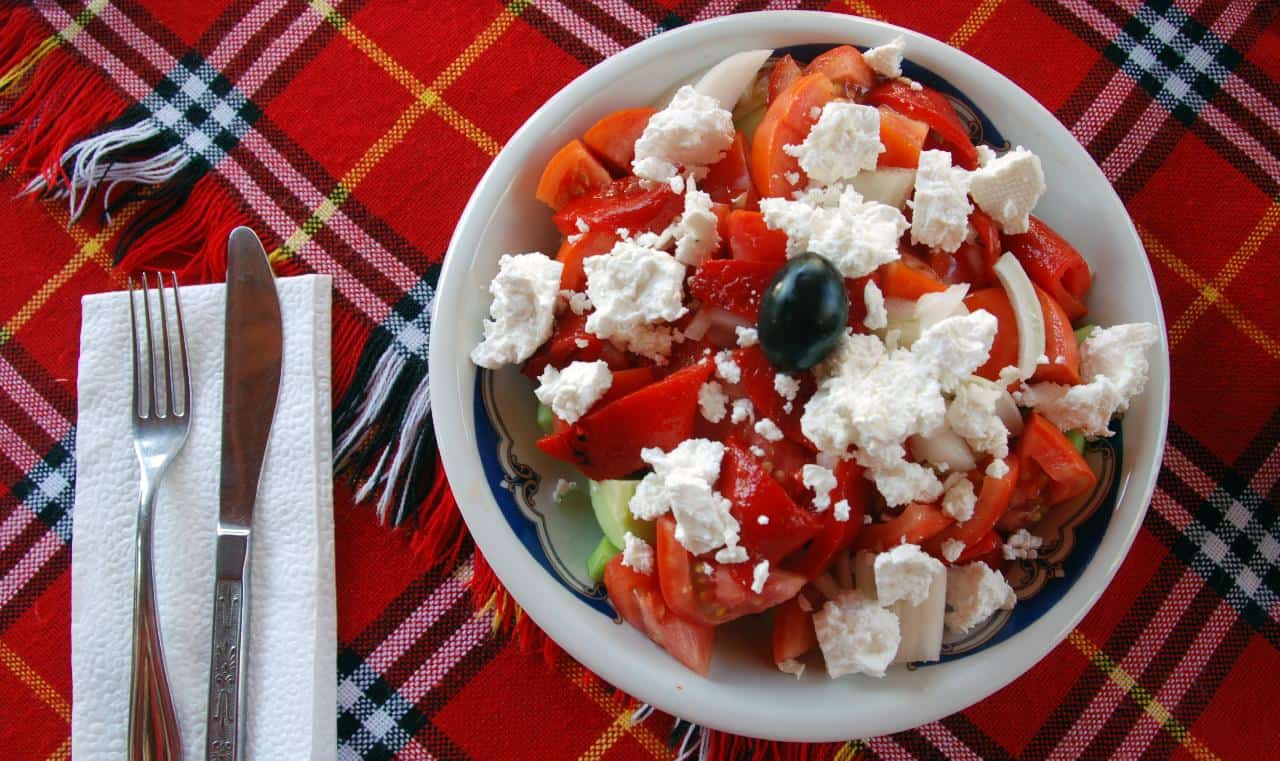 Goat cheese consists of goat’s milk and makes a good substitute for blue cheese. You can select from many different types of soft and hard goat cheese.

If you don’t like the smell or flavor of the blue cheese, you can use some other non-blue cheese substitute for gorgonzola.

Some of the best alternatives for non-blue cheese substitutes for gorgonzola include feta cheese, goat cheese, cheddar cheese, queso fresco, or ranch dressing.

You will not get the same flavor of the gorgonzola cheese but your recipe will get a nice creamy texture and milder flavor.

What type of cheese is similar to blue cheese?

Feta cheese is similar to blue cheese. It has a creamy, crumbly texture and salty, tangy flavor. It is also a substitute for blue cheese except for the unpleasant smell.

Is blue cheese and feta the same?

Blue cheese and feta are not the same.

Feta cheese is soft brined cheese made with sheep’s or goats’ milk or a mix of both.

Blue cheese, on the other hand, is made with pasteurized sheep, cows, or goats’ milk with added Penicillium mold cultures during the process of making the cheese.

Can you substitute ranch for blue cheese?

You can substitute ranch for blue cheese because they look and taste similar.

Blue cheese is a special type of cheese because of the mold that offers a unique flavor and texture to this cheese.

Did your recipes taste the same as when you are using blue cheese? Or do you have other cheese that can be a good substitute for blue cheese? If so, drop a comment below! 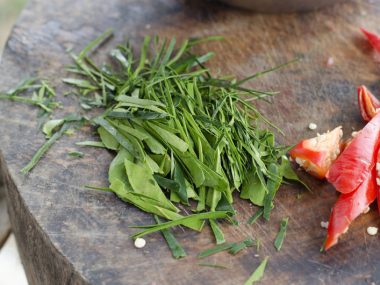 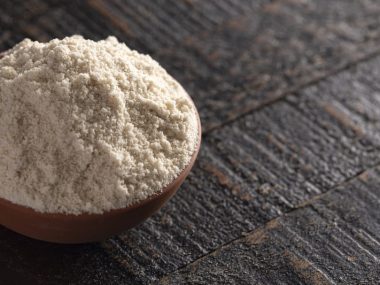 Read More
Since I discovered gluten-free baking, I just can’t get my hands off with Sorghum Flour. In the past…
Read More