It is made from cooked brown rice fermented with enzymes and in the process removes the starches, after which the liquid is strained and made thick by subjecting to reduction through simmering until the syrupy consistency similar to honey has been achieved.

It is in itself a substitute ingredient because it is an alternative to the common white table sugar or refined sugar. Its flavor is slightly nutty and can have an almost butterscotch aftertaste, with half the sweetness of refined sugar. It also contains some fiber.

Honey ranks very high in the substitute list of liquid sweeteners, if not the best because honey can actually be called the predecessor of sugar! Thanks to Mother Earth’s goodness, honey exists because it is made by our friendly bees from flower nectars and is very rich in antioxidants.

It is very delicious yet being natural, it also contains a lot of minerals such as zinc, calcium, potassium, phosphorus, magnesium, niacin, and riboflavin. It also contains vitamin B and C. Its healthy components and soothing texture make it a really good remedy for coughs and sore throats.

In place of a cup of brown rice syrup, use only ¾ cup of honey because it is very much sweeter than brown rice syrup. Honey has on average about 21 calories per teaspoon with a low to the medium glycemic index.

Maple syrup is another brown rice syrup alternative that comes straight from Mother Nature. It comes from the sap of maple trees. The liquid that comes out of the trees is then boiled to remove the unnecessary impurities and to let go of the water content to end up with the syrup.

If you use 100% pure maple syrup, you will be assured that you will be reaping the benefits of its mineral content of zinc, iron, and manganese, which is even more than what is present in honey, so don’t be tempted or confused to use maple-flavored or pancake syrup, it definitely isn’t the same!

Maple syrup has a glycemic index of 54 and is about 17 calories per teaspoon. As sweet as it is honey, but with a more earthy flavor profile, ¾ cup of it is equal to 1 cup of brown rice syrup.

Molasses is rich in minerals and has a high iron content. This is also one of the oldest natural sweeteners and is a very thick brown rice syrup substitute.

Molasses is a by-product of sugar production particularly in the sugarcane industry. The blackstrap molasses is quite bitter and has a very low sweetness profile so it can be quite an acquired taste.

Its sugar component is made up of sucrose, glucose, and fructose. And in one tablespoon, molasses only has 15 grams of sugar and has a glycemic index of 60. ½ cup of molasses can be substituted instead of a cup of brown rice syrup.

Agave nectar or syrup can also be used as a brown rice substitute. This sweetener comes from the Mexican agave cactus.

While this seems natural, this popular sweetener is actually very highly processed! It does contain potassium and sodium and stirs quite a balance controversy with the healthy and/or alternative sugar route because it has a low glycemic index at 30 only.

Equal to a cup of brown rice syrup is about ½ to 1/3 of agave nectar or agave syrup.

Brown rice syrup is usually interchanged with corn syrup. Both brown syrup and corn syrup have the same effects on food and use in cooking. Corn syrup is widely available in the United States as it is one of the country’s main crops.

However, corn syrup while still, a substitute for sugar is not a healthy substitute for brown rice syrup as it is very high in fructose. Corn syrup can withstand high temperatures and thus is mostly found in hard candies because it resists the process into which these sweet temptations are made.

Liquid stevia is a zero-calorie and zero-carb substitute for brown rice syrup. Stevia comes from a plant which leaves are super sweet, even up to 300 times as sweet as sugar! So even in its zero glycemic index rating, stevia should be used carefully in general as a sugar substitute. A drop of liquid stevia equals a cup of sugar or any other alternative such as brown rice syrup.

Stevia has a slight aftertaste of licorice, so use it as a brown rice syrup substitute in spare amounts.

If you are lucky enough to be near specialty stores such as Middle Eastern groceries and food shops, date syrup will be abundant and within your reach. Date syrup is made from the date palm fruit wherein the dates are simmered in water, pressed, and then strained.

Date syrup is silky and has a subtle, elegant, fruity sweetness natural to its pulp. What’s more, date syrup is a perfect brown rice syrup alternative because just a tablespoon of date syrup contains more than twice the potassium, calcium, and magnesium, and a high number of antioxidants. It also contains Vitamins A, B6, and K. Lastly, it contains a good amount of fiber.

Equal to one cup of brown rice syrup is only three tablespoons of date syrup.

Barley Malt syrup or extract is, of course, made from malted barley, and is thick, sticky, and dark brown in color, a bit similar to the color of molasses.

Barley malt syrup is best used to add sweet maltiness to barbeque sauces, it can be used for whole-grain bread doughs, cookie doughs, and cake batters.

Mostly used in vegan, organic food products, and healthy recipes as brown rice syrup is plant-based and gluten-free (if fungal enzymes and not barley enzymes are used to ferment in the process), it also has few trace amounts of minerals such as zinc, manganese, calcium, and magnesium.

Brown rice syrup is mostly produced and used in Asian countries where rice is the main or highest agricultural output.

Brown rice syrup can be enjoyed as a syrupy topping for waffles and pancakes, in smoothies, as a spread on toasts in replacement of jam, it also can be used in making granola or nut bars and is present in breakfast cereals too; for baking, the use of brown rice syrup makes the products crispier and helps in achieving the golden brown baked appearance.

Is it possible to make brown rice syrup at home?

Yes, all you need is patience and a fermentation ingredient such as sprouted barley or a good example in Asian homemade brown rice syrup recipes is koji rice to add in with the brown rice.

This is the written guide for the recipe which thankfully can be translated easily from Chinese to English, thank you technology – always breaking barriers, even more, welcoming when it comes to food! Don’t you agree?

While brown rice syrup is a relatively good choice for vegans who want to avoid honey and the use of white processed sugar, and to avoid high fructose, brown rice syrup sits high in the glycemic index rating at 98 which in turn causes blood sugar to spike quickly!

Just a tablespoon of brown rice syrup contains around 50 to 75 calories. Yes, it does contain a few trace amounts of minerals, but this will not be entirely enough for daily intake. It isn’t good advice to overload on it too as of course, it can lead to diabetes and obesity.

The many substitutes for each type of ingredient have their own pros and cons, and uses in our cooking, by experimenting in the kitchen and living a healthy, balanced lifestyle, sweetener or any substitute will not be the limiting factor to explore a world of flavors. 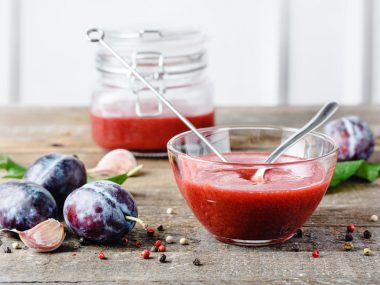 Read More
Plums have an important place in traditional Chinese cuisine. They were first cultivated in China. And they are…
Read More 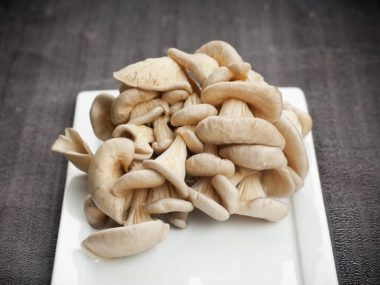 Read More
Who can resist the seafood umami taste of oyster mushrooms? As a vegan or vegetarian, this is a…
Read More