Can You Leave Rice Out Overnight?

Aren’t we all guilty of leaving prepared meals, especially rice on the countertop all night?

It is general knowledge that if food isn’t stored correctly, it can rot and become a transmitter of food-borne diseases. It’s a very common mistake that anybody can make. And while it’s enticing to munch on the leftovers, it is typically better to throw them away.

Let us see how long can cooked rice be left out without refrigeration. Or at room temperature.

Read on to learn how to identify whether the rice has become bad, what to keep in mind while keeping cooked rice, whether reheating it would kill the germs, and much more!

How Long Can You Leave Rice Out?

After you’ve finished cooking the rice, immediately cool all the food, especially rice-based recipes. Put it into the refrigerator within 1 to 2 hours, if possible.

Pro tip: Put the rice in a dry, large dish if you have plenty of it. Spreading the rice in a flat layer instead of leaving it stacked up allows it to cool faster.

While it may appear safe, keeping cooked rice without refrigeration all night exposes it to the risk of spoilage and illness if ingested.

Because of the existence of bacterial particles, it might cause foodborne sickness if kept out at room temperature.

Although food poisoning normally goes away within 24 hours and doesn’t cause any long-term health problems, it’s preferable not to take chances, particularly for small children as well as individuals who have weakened immune function.

Furthermore, most foods have clear indicators once they have turned bad. However, spoiled rice isn’t always so evident. And there might be no visible proof of bacterial growth or strange odors. 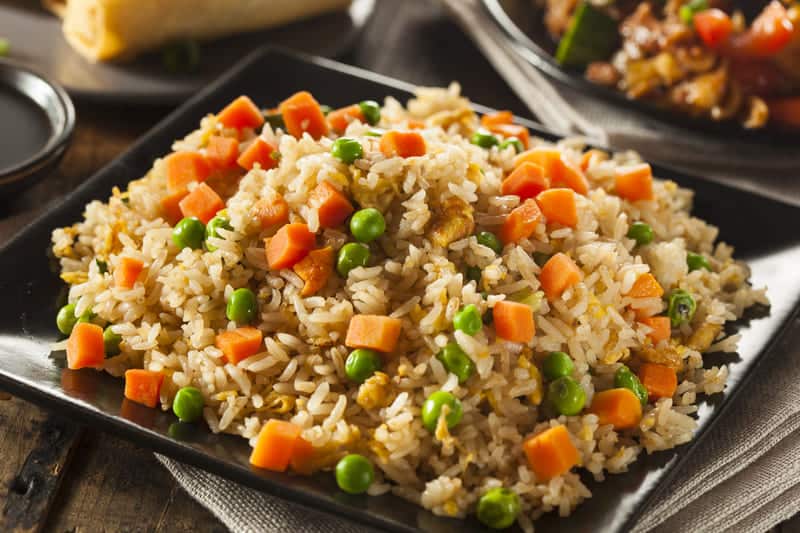 Can I Leave Cooked Rice At Room Temperature?

When cooked rice is left out at room temperature for more than 1 to 2 hours, bacteria can grow and cause illness if consumed.

Heating or microwaving the rice will not eradicate the bacteria. Therefore, it is recommended to consume it right away or securely preserve it in the refrigerator for eventual consumption.

When refrigerating the rice, you must exercise extreme caution because cooling does not destroy bacteria but merely delays their growth.

However, any unconsumed rice left in the refrigerator for longer than 3 to 4 days should be thrown out because it could make you sick.

How Long Does Cooked Rice Last Without Refrigeration? 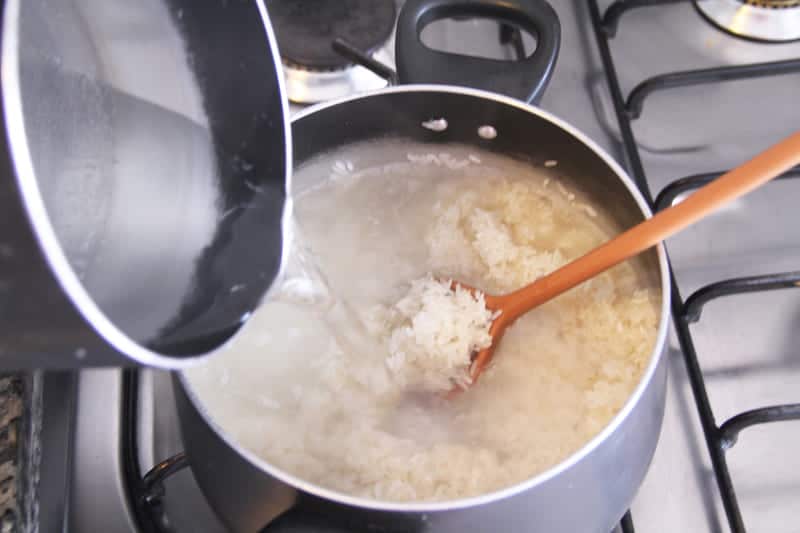 Cooked rice can be kept at room temperature for up to 2 hours.

There are no standards that imply that washing rice for meal safety considerations would render it better to eat. Also, some people wash or soak rice overnight prior to cooking to eliminate part of the starch that leads it to turn sticky during cooking.

Although this is not strictly a culinary issue, washing or soaking white or pasteurized rice may diminish certain of the nutrients supplied as components of the enriching procedure by 50-70%, according to the Food and Drug Administration (FDA).

Bacillus cereus spores, which can induce foodborne sickness, can be found in uncooked rice. Even after the rice is cooked this bacteria might survive.

The spores in rice can develop into bacteria if kept at room temperature. These bacteria will proliferate and release poisons, which might induce nausea or vomiting.

The more cooked rice sits at room temperature, the more germs or poisons may develop, making the rice unhealthy to ingest.

Once the rice has been cooked it is best to put them into the refrigerator within 2 hours.  Cooked rice should not be stored at room temperature since it increases the risk of bacterial development and food illness.

Cooked rice stored at room temperature runs the danger of withering out. Or collecting unwanted odors.

Prepared white rice is the sole type of rice that may be left at room temperature. This cannot be done with brown rice.

Keeping any sort of rice at room temperature is risky since it promotes the development of bacteria. It can also cause moisture, thickening the rice and increasing the likelihood of bacterial development.

Make sure you don’t keep prepared white rice at room temperature for more than two hours. If you wait any further, the rice may cause microbial or foodborne illness.

How Long Does Cooked Rice Last at Room Temperature?

Although cooked rice can be kept for 4-5 hours at room temperature, it is recommended to put them into the refrigerator within 2 hours. Otherwise, the bacterial spores present in rice may make the rice unhealthy to eat and may even cause food poisoning.

It’s harmful to leave cooked rice out all day, particularly for small kids and people with impaired immune systems. Meat, fruits, and veggies are commonly associated with foodborne diseases.

Rice, on the other hand, can cause food illness too! Bacterial spores may be found in uncooked rice, and these spores may withstand the cooking process.

Bacteria spores develop and generate a poison that could get you sick once rice cools gradually on the counter rather than being put in the refrigerator within 2 hours. The bacteria will not be killed by boiling the rice. 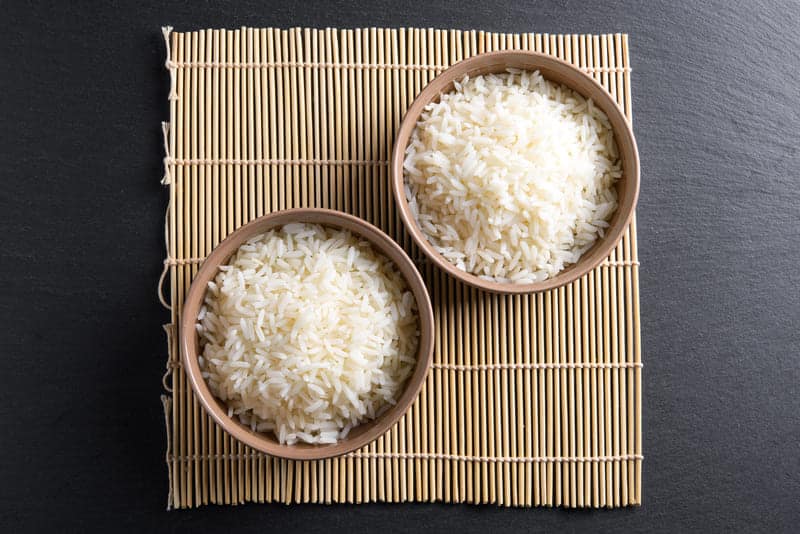 Can Rice Cause Food Poisoning?

Food poisoning caused by bacillus cereus-infected cooked rice usually passes in 24 hours without causing significant or lasting harm to most individuals, but those with weakened immune systems could be more seriously affected.

It’s crucial to defrost your rice thoroughly if you’ve kept it in the refrigerator. You may defrost it in the oven and cook till a food thermometer reads 165 degrees Fahrenheit.

You may also defrost frozen cooked rice undisturbed in the fridge. Cooked rice that has been frozen can be utilized for three to four days.

If you only need a tiny amount of rice, you may reheat leftover rice in a skillet with a dash of moisture without freezing it such as water. This procedure is acceptable as far as you reheat it fast.

When checked with a thermometer, warmed rice typically attains 165 degrees Fahrenheit, regardless of the manner used. If frozen rice were reheated to 165 degrees Fahrenheit and certain rules were followed, the leftovers may potentially be frozen and consumed after 3 or 4 days of being refrigerated.

Bacteria grow at temperatures ranging from 4°C to 60°C. So, if the prepared rice has been kept outside of the fridge for more than a few hours, it’s suggested to throw them away.

Does Cooked Rice Need to Be Refrigerated?

If the cooked rice is not getting eaten just after it’s cooked or within 1 hour of making, it is best to refrigerate it. Rice should be refrigerated at 40 degrees Fahrenheit or lower to prevent germs from growing.

Never put hot rice or any other hot meal in the fridge. Otherize, it will raise the temperature of the other items in the fridge, putting them all at the chance of bacterial development.

Divide big amounts of rice into lesser quantities and place them in the bottom dishes to cool fast. Place the meal in the refrigerator or freezer once it has reached 70 degrees Fahrenheit or at room temperature.

How To Store Cooked Rice Properly?

Cooked rice should be stored in a sealed storage container once it has cooled. This keeps microorganisms at bay, preserves humidity, and avoids smells from being absorbed by the rice.

The germs left behind would multiply and be prepared to attack the subsequent time you boil rice in the cooking pot. This process may persist. In certain situations, your rice will deteriorate sooner than planned, resulting in a foul odor emanating from the cooker.

A few tips to minimize the risk of food poisoning from cooked rice: 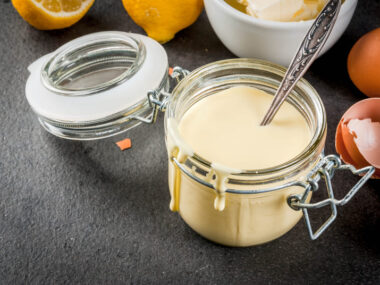 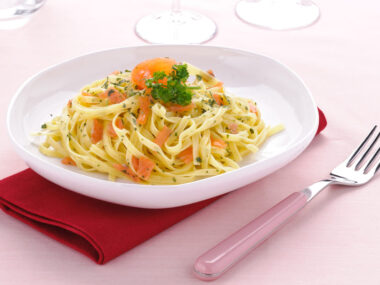 Read More
Italian is one of the most beloved cuisines in the entire world. When someone hears “Italian cuisine”, pasta…
Read More