Chimichanga vs Burrito: What’s the Difference?

One of the most universally liked cuisines is that of Mexican origin. Hence, most other cuisines have adapted foods and recipes from here.

In Mexican cuisine, enchiladas and burritos are most common, while in Tex-Mex cuisine, Chimichangas are. Therefore, it’s also understandable that people tend to get confused.

Despite the similarities in appearance, what makes them very different is mainly the method of preparation. For instance, Chimichangas are deep-fried, whereas Burritos aren’t.

Moreover, it is extremely fascinating to know more about the differences between them in detail. So, read on, as we’re sure you’ll know all about it by the end of this article! 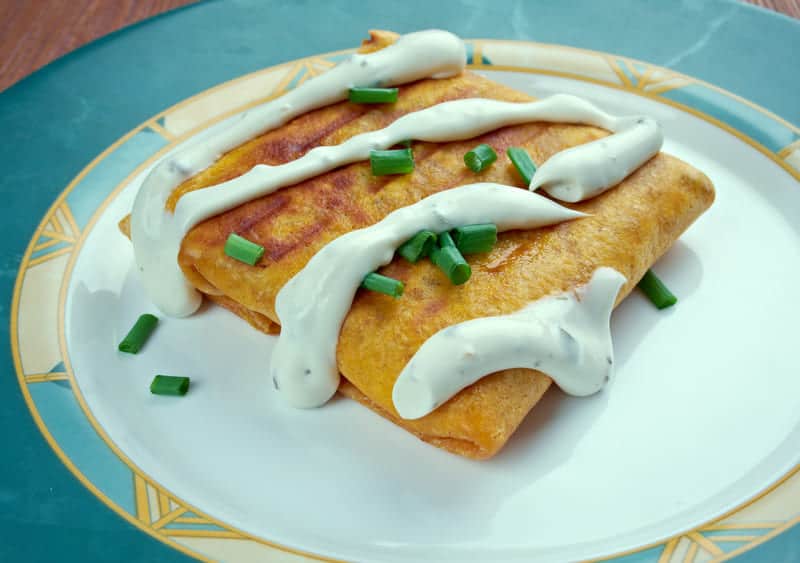 Chimichangas are the result of the evolution of traditional tortillas.

They are essentially deep-fried tortillas with spicy meat as a filling. They’re usually served with melted cheese or sour cream. Contrary to common belief, this dish was made first in the USA, and not in Mexico.

It took place in Texas, Arizona, or any other border states, where Tex-Mex cuisine was popular. The added filling and sauces depending on the chef and the location. Some fill beans, rice, and cheese, while others add guacamole and enchilada sauce. 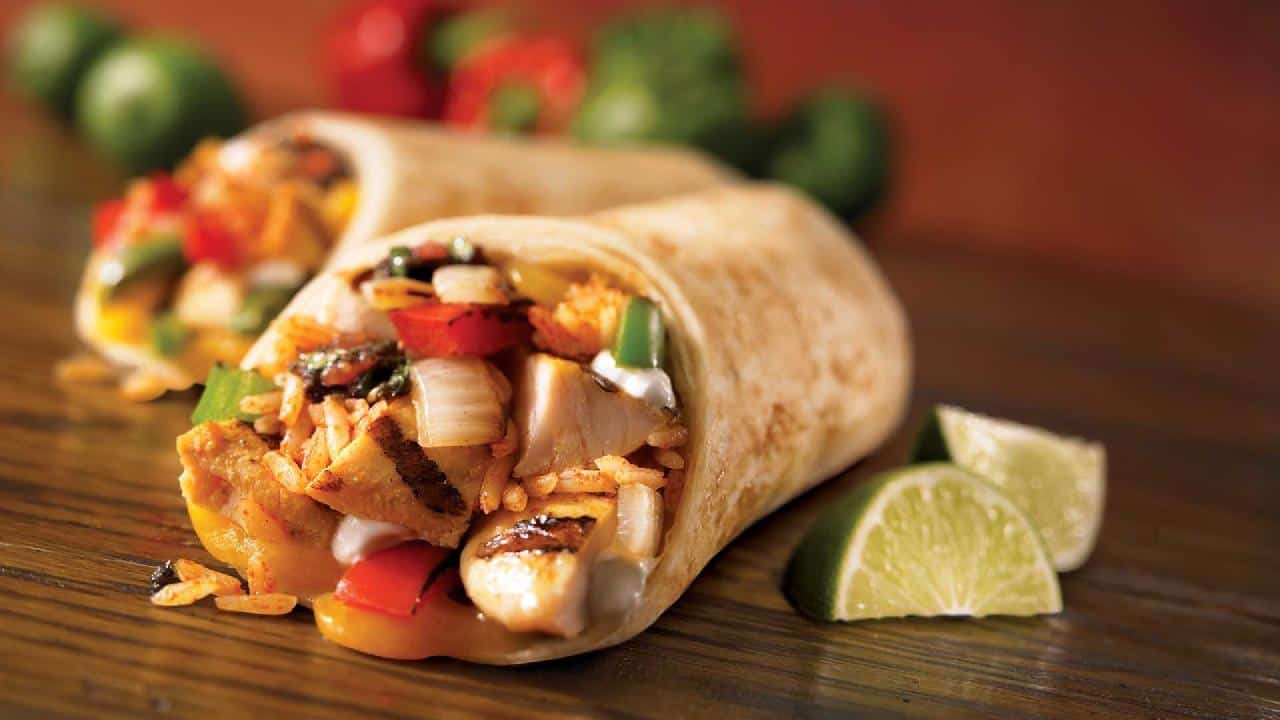 A burrito is a folded soft tortilla with a filling of beans, salsa, cheese, and veggies.

This dish had its origin in northern Mexico during the Spanish colonization. It is known that the authentic burrito had only meat and beans as its filling, but this changed after it was introduced in the USA!

The burrito, too, has different fillings and types that depend on the location. In Mexico, the traditional fillings include cheese, vegetables, sauce, and meat.

However, in the US, a full burrito almost always includes guacamole, rice, salsa, and sour cream in addition to the mainstream fillings.

Is Chimichanga the Same as Burrito?

No, a Chimichanga isn’t the same as a Burrito.

Most Mexican menu cards have both these delicacies on them. So, if you’re confused about what to choose, read on to know more about their differences, in detail.

One of the biggest technical differences between Chimichanga and Burrito is their origin.

While both are American adaptations, the Chimichanga is more than the Burrito. The Burrito saw its origin in Mexico (but Americans modified it later on).

On the other hand, the Americans (Texans) themselves, Texans, introduced Chimichanga.

After their origin, the most notable and commonly reported difference is the way people make both meals.

This is a very important factor to differentiate if you aren’t looking much into the technical and preparatory aspects!

Owing to their roots in the Mexican world, both dishes include similar ingredients but in different proportions.

Chimichangas have more meat than veggies and beans. Burritos, on the other hand, have more rice and beans because of the ease of frying each of these fillings.

Another difference is the way people serve the two. You get Burritos wrapped in foil as you can just hold them. So, you can eat a Burrito directly, like a wrap.

Contrarily, Chimichangas are extremely hot as they’re deep-fried. So, you cannot just eat them while holding them like a wrap. Hence, you have to eat Chimichanga with a knife and a fork.

The sauces involved in Mexican dish preparations are just too many and serve as an important differentiating factor for most dishes!

Chimichangas are topped with a lot of sauces because they’re served hot on a plate. Since this isn’t the case with Burritos, they don’t come topped off with sauces.

However, you can dip them in sauce and eat them directly too.

While it is good to enjoy your favorite dishes, it is important to keep the health factor in check and decide accordingly.

According to health experts, a Chimichanga is an unhealthy dish to order off of a Mexican menu card. There’s no doubt that it is delicious, but as an occasional treat, it is okay.

Chimichangas are extremely high in saturated and trans fats. So, consuming this very often can expose you to various diseases. However, you can avoid this by baking the Chimichangas or reducing the portion.

Burritos, on the other hand, are much much healthier. First of all, the tortilla isn’t fried, which saves many calories. Next, the beans complete your protein requirement for the day. The lettuce and salsa can give you a flavor bomb in just about 5 calories!

Can You Opt for Chimichanga Instead of Burrito?

As mentioned above, Chimichangas are better for American taste buds due to their adaptations. So, if you prefer a Chimichanga to a Burrito, don’t worry, you aren’t the only one.

Despite the differences, you can substitute Chimichangas for Burritos and have them as part of your exquisite Mexican meal since they both have the Mexican touch.

Is a Chimichanga just a fried burrito?

No, a Chimichanga is more than just a fried burrito, and it shouldn’t surprise you if a Tex-Mex expert tells you that! The fillings differ by a mile, and so do the sauces involved.

What is the difference between Burrito Enchilada and Chimichanga?

A Burrito is a soft tortilla with more veggies and beans than meat. An Enchilada, on the other hand, is made with a corn tortilla. A Chimichanga is deep-fried and has more meat than any other filling.

To be precise, the Texan touch to Mexican cuisine is what defines a Chimichanga. The deep-fried tortilla with high spiced meats served on a plate topped with lots of sauce screams Tex-Mex!

What is bigger, Chimichanga or Burrito?

When comparing a standard-sized Burrito and Chimichanga, the Burrito is bigger in size.

However, with innovations in the cuisine, there are different sizes including mini, small, regular/standard, large, and extra-large.

Also, when you compare the respective sizes of both these dishes, the Burrito is usually larger. 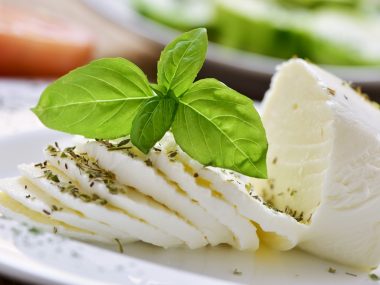 Read More
Cheese is undoubtedly an all-time favorite by most foodies. Made from milk and produced into different varieties, cheese…
Read More 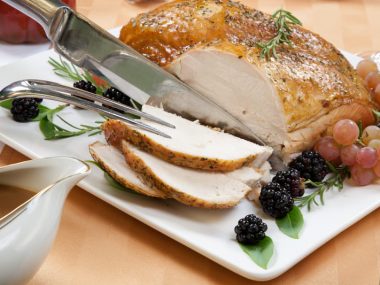 Read More
Turkey is a traditional Thanksgiving dish but that doesn’t mean you can only prepare turkey on this holiday.…
Read More