Do Pickles Need To Be Refrigerated? (Storage Guide)

All kinds of pickled products can diversify your winter menu not only with fresh tastes but also with useful substances, which everyone lacks in the cold season when the choice of fresh vegetables is quite limited. One of the most popular types of vegetables that people prefer to preserve are pickles, the storage rules of which will be discussed in this article.

Do Pickles Need to Be Refrigerated? Yes, if you want to keep them fresh for a long time. Pickles have low acidity, so when stored, especially at elevated temperatures, they often soften, lose their taste and smell. The lower the storage temperature, the less likely adverse effects. An opened jar of pickles can be kept in the refrigerator for almost a month without losing their qualities.

In this article we will learn all the ways to store pickles and be sure – some of them will surprise you. How to prepare the product for pickling? What are the rules to follow? Should you store an open jar of pickles in the refrigerator and for how long? Youll find all the main answers in this article.

How to Store Pickles

So how it’s better to store pickles? The optimum storage temperature for pickles is considered to be 32 °F … 34 °F, which can be provided just with refrigerating them.  The alternative way to store pickles for the winter is to freeze them in the freezer. Not everyone will come up with the idea of ​​freezing pickles.

Usually, pickles are stored at a temperature of 30 °F to 50 °F. The higher the temperature leads to the shorter shelf life; elevated temperature also improves the conditions for the development of side microflora, which worsens the quality of the product.

Therefore, the best temperature for storage is considered to be from 30 °F to 34 °F. Under such conditions, pickles can be stored for up to 1-2 years.

Storage conditions of pickles affect the shelf life of the product. After salting during natural fermentation pickles can be stored without brine by placing them in a well-closed plastic container. For these purposes, you can use a plastic container or bucket with a lid.

At the bottom of the container, it is necessary to put a layer of dry mustard powder 0.5 inches thick, then lay the first layer of pickles and cover it with mustard. The same procedure should be done with the remaining layers, after which the container is tightly closed with a lid and put into the refrigerator.

The temperature in the storage chamber should be in the range from 32 °F … 34°F. Under such conditions, pickles can be stored for up to 1-2 years. If you need pickles they should take them out, wash with mustard and eat.

Don’t forget to close the container tightly. The best storage conditions for pickles are the temperature range of 30  °F…  40 °F, with an air humidity of 80–90%. Under such conditions, pickles can be stored for 8–9 months. 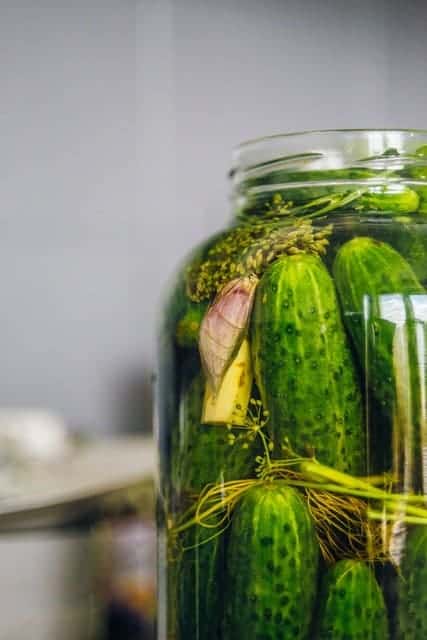 The taste qualities of pickles depend on the method of their storage, among which the most popular are these:

However, each of these storage methods has its characteristics, which will be discussed more detailed.

Everyone is familiar with this storage method since its the most affordable and proven. Important! To prevent pickles from spoiling after opening the jars, they should be preserved in small portions in 1-2 liter jars. Storage of pickles in this way has general rules:

Pickles stored in wooden barrels should be in brine, that was obtained as a result of natural fermentation, the appropriate temperature is ​​from 32 °F … + 34°F.

Storage of these pickles is possible for a short time since the fermentation process continues to occur and the bacteria change the composition of the brine over time and the pickles inside it begin to deteriorate:

Many people are surprised that pickles can not only theoretically, but also practically be frozen for the winter. The question of whether it’s possible to freeze pickles, as many other fresh vegetables, probably interested thrifty housewives after opening a jar of pickles.

Important! After defrosting, pickles can be used only in dishes involving the heating of this ingredient.

If you want to freeze pickles you should know the technology for implementing this process:

There is one consequence of freezing pickles. Pickles preserve the most useful microelements – vitamins and minerals, retains its taste and aroma, but at the same time they soften, lose elasticity, and become soft, but it won’t spoil the meal in any way.

How to freeze pickles for the winter by yourself?

For soups and other dishes, the shouldn’t be frozen in whole – when defrosting, it will be difficult to grind them. After grinding, it’s necessary to get rid of excess moisture. Paper towels that absorb liquid are great for this. For freezing pickles, it’s better to use shock freezing. This freezing option will better preserve the natural qualities of them. Put the pickles on the cooking board. Then put in the freezer for an hour. In the end, put them into bags or containers. For thawing, it is better to put pickles on the lower shelf of the refrigerator for several hours.

Can pickles be frozen for the second time? We don’t recommend re-freezing pickles, as they will lose their unique qualities.

Important! Don’t forget to stick a note on the package with the name of the product and the date it was placed in the freezer. Remember that pickles should be stored frozen for no more than 8 months.

How to Tell If Pickles Have Gone Bad

Here are the signs that will make it clear whether pickles have gone bad.

Throw away such jars and don’t put your health at risk.

The wrinkling of pickles appears as a result of the use of brine with a high concentration of salt, which causes rapid plasmolysis of the cells.

For getting delicious pickles you should adhere to the following rules:

The key to the successful storage of pickles is a whole range of activities. If you follow all the rules that are mentioned in the article you’ll store pickles easily and the will preserve their qualities as long as possible. Pickles preserving is important since compliance with the necessary conditions will allow you to get a healthy and tasty product. 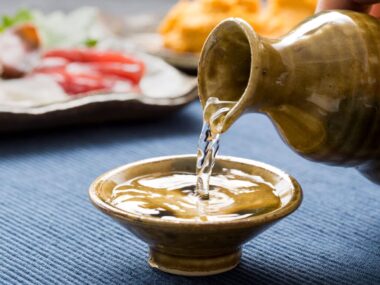 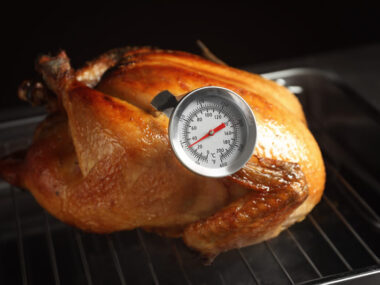