Drambuie is a Scottish liqueur that is described to have a golden color. It is made out of Scotch whiskey, herbs and spices, and the special ingredient, Heather Honey.

Drambuie is a great liqueur to drink alone and is also popularly used in a lot of dessert recipes as it is incredibly sweet and has a great flavor. Although it is a good liqueur to keep in your bar if you cannot find Drambuie there are some substitutes you can use.

There are many ways that you can use Drambuie and if you have a bottle, you never have to worry about it going to waste as it also lasts a very long time.

Let’s have a look at some substitutes for Drambie below.

The following substitutes can help you make your favorite cocktail that asks for Drambuie when you don’t have it at hand. So, let’s take a closer look and pick a favorite.

Glayva is a deep golden color liqueur that, like Drambuie, has been made from a blend of scotch whiskeys. It has a very sweet and rich flavor because the whiskeys that have been used in Glayva were aged first.

It has a spiced flavor and notes of tangerine and honey, which makes it an ideal substitute for Drambuie in cocktails or desserts.

You can use it the same way as Drambuie. Glayva can also be drunk neat or on the rocks, so you have many options when it comes to using this liqueur. 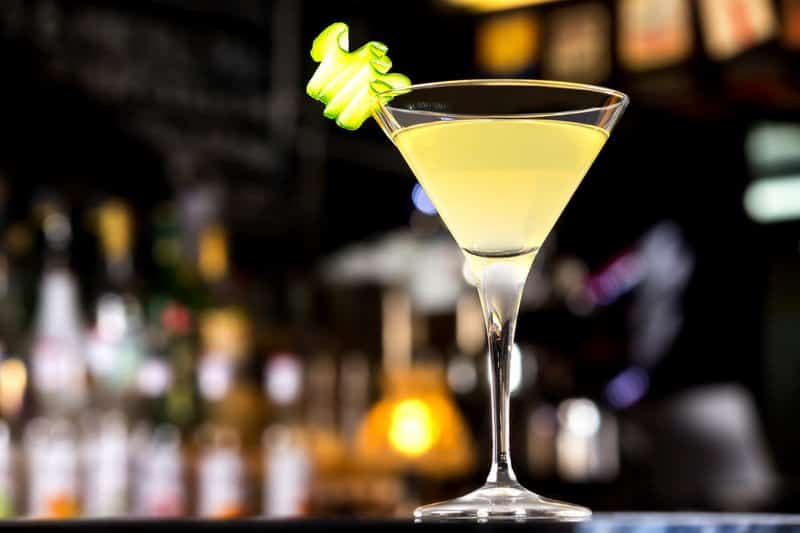 This orange liqueur is slightly different from the taste of Drambuie. However, you can use it as a substitute for those who enjoy a more orange flavor in their drinks.

It is also very sweet and has some notes of honey, but orange is the predominant flavor. It is a great addition to desserts and puddings and is also popularly used in cocktails, so if needed, you can definitely replace Drambuie with Triple Sec.

Grandtully is a herbal liqueur, which is why it is also a good substitute for Drambuie.

It is cheaper than Drambuie and also has a honey flavor to it, which makes it resemble the heather honey in Drambuie. You can use Grandtully the same way as you would use Drambuie, and it’s a great substitute for both cocktails and desserts.

It is also said to have a spiced flavor, primarily anise, which makes it a great addition to cocktails if you’re looking to replace the Drambuie.

This is another Scottish liqueur made of a blend of different scotch whiskeys, making the flavor quite similar to that of Drambuie.

If you can’t find Drambuie but you can find Lochan Ora, translated to ‘golden loch liqueur’, then that would be a great substitute. Lochan Ora is very sweet but also has a herbal and smokey flavor that is perfect for cocktails and desserts.

You can replace Drambuie with Lochan Ora in the same quantities. You can consume it neat. Or on the rocks. It is also a popular liqueur to use in cocktails, trifles, or puddings.

If you’re really in a pinch and you need a substitute for Drambuie, you can use Southern Comfort. The flavor profile is not exactly the same because Southern comfort is made from a vodka base rather than a Scotch base.

However, it is still sweet and slightly spiced, so you can use it as a replacement if needed. You can use it in cocktails for sweetness and flavor. Start off by using half the amount first, just to make sure it doesn’t completely alter the flavor of a cocktail.

You can also use it in desserts as it adds great sweetness to the fruit. 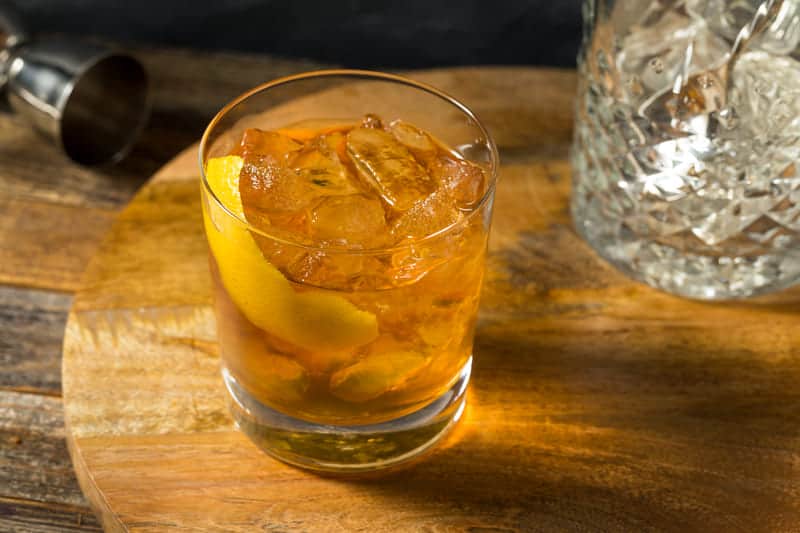 If you’re really into liqueur, benedictine is a great one to use since it’s made of a mix of several different spices, herbs, and peels leaving a super unique and spiced flavor.

Although it does not exactly resemble the taste of Drambuie, it can still add a great flavor to your cocktails, as well as your desserts.

If you’re looking for a non-alcoholic alternative to Drambuie, Orange Blossom Syrup is a great way to go.

It has a super sweet flavor and has notes of orange, and by adding about half the amount of simple syrup than Drambuie to a drink, you’ll be able to get a similar result.

You can add more orange blossom water if needed, but make sure to taste along the way. 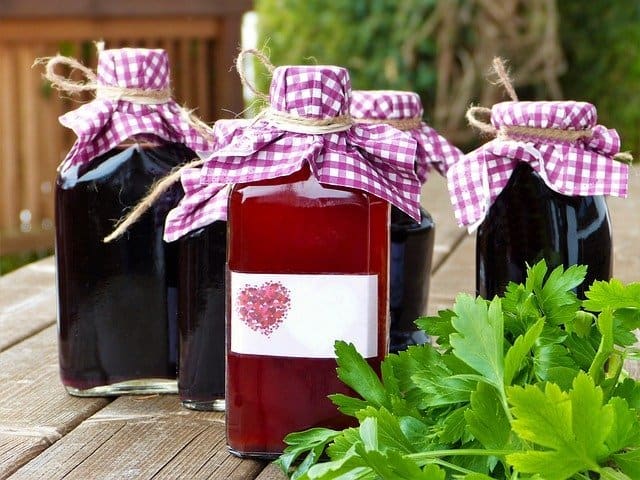 The best non-alcoholic alternative to Drambuie is simple syrup.

You can easily make it by boiling equal amounts of water and sugar together and letting the mix cool. You can also flavor your simple syrup with spices such as cinnamon. Or add a little orange peel and honey to replicate the taste of Drambuie, but for a non-alcoholic drink.

You can also add it to desserts for extra flavor. However, it works best in cocktails.

If you’re looking to make a cake or a recipe that requires a few tablespoons of Drambuie, the best option would be to add scotch whiskey and honey.

Try about half the amount of scotch whiskey and a tablespoon of honey, and you will get a similar, sweet flavor. This will not work as well in cocktails and you would be better off using whiskey and simple syrup, as the honey might not dissolve into the cocktail as well.

Scotch whiskey and honey make excellent Drambuie substitutes for dessert recipes such as cakes and puddings.

If you really need a substitute but can’t find Drambuie, then the best thing to do would be to make your own.

It’s surprisingly easy and requires only a handful of ingredients including Scotch Whiskey,  cinnamon, orange peel, cloves and honey, and other ingredients if you want. Simply add all the ingredients to a bottle and let it sit for two weeks at least.

The longer you let it sit, the more flavorful it will be. You can add your Drambuie to anything you desire. It will last for years. You can also try other flavor mixes to make something more unique.

What flavour is Drambuie liqueur?

Drambuie has a super sweet flavor at first and has a deep, rich flavor of scotch whiskey, spices, and honey. Honey and orange peel are the most prominent tastes in Drambuie and it is mainly used in cocktails and desserts because of its incredibly sweet flavor, from the honey.

The spices in Drambuie give it a complex aftertaste, including notes of anise and nutmeg.

What goes in a Rusty Nail Drink?

A Rusty Nail is possibly the most well-known cocktail that includes Drambuie.

It is a cocktail to make by shaking 2 shots of Scotch Whiskey with 1 shot of Drambuie with ice. It is also served with ice. The Drambuie adds sweetness to the drink without taking away the flavor from the Scotch whiskey.

The Rusty Nail was rumored to get its name by being stirred with a rusty nail the first time the drink was made.

What type of liquor is Drambuie?

Drambuie is a liquor made of Scotch Whiskey. Thus, it is related to the Scotch Family. It is a 40% liquor with a golden color. It consists of Scotch Whiskey, heather honey, herbs, and spices. 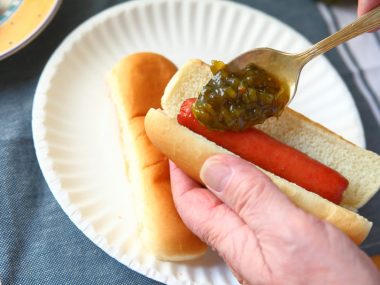 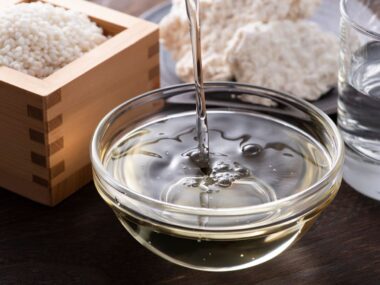