Flautas vs Taquitos: What’s the Difference?

Corn is a native crop to Mexico which has been grown here for more than 7000 years. There are more than 60 different varieties of corn that are grown here.

Corn as an ingredient is used in more than 4000 products – one of them being tortillas. Now, the Mexicans also prepare different types of tortillas, such as flautas and taquitos.

So, what is the difference between flautas and taquitos?

The main difference between flautas and taquitos is that taquitos are made up of corn tortillas, while flautas are made from flour tortillas. Flautas are generally long and thin in size and shape, while taquitos are small and round, fried crisp tacos.

If you want to know more about the differences between them, read on! 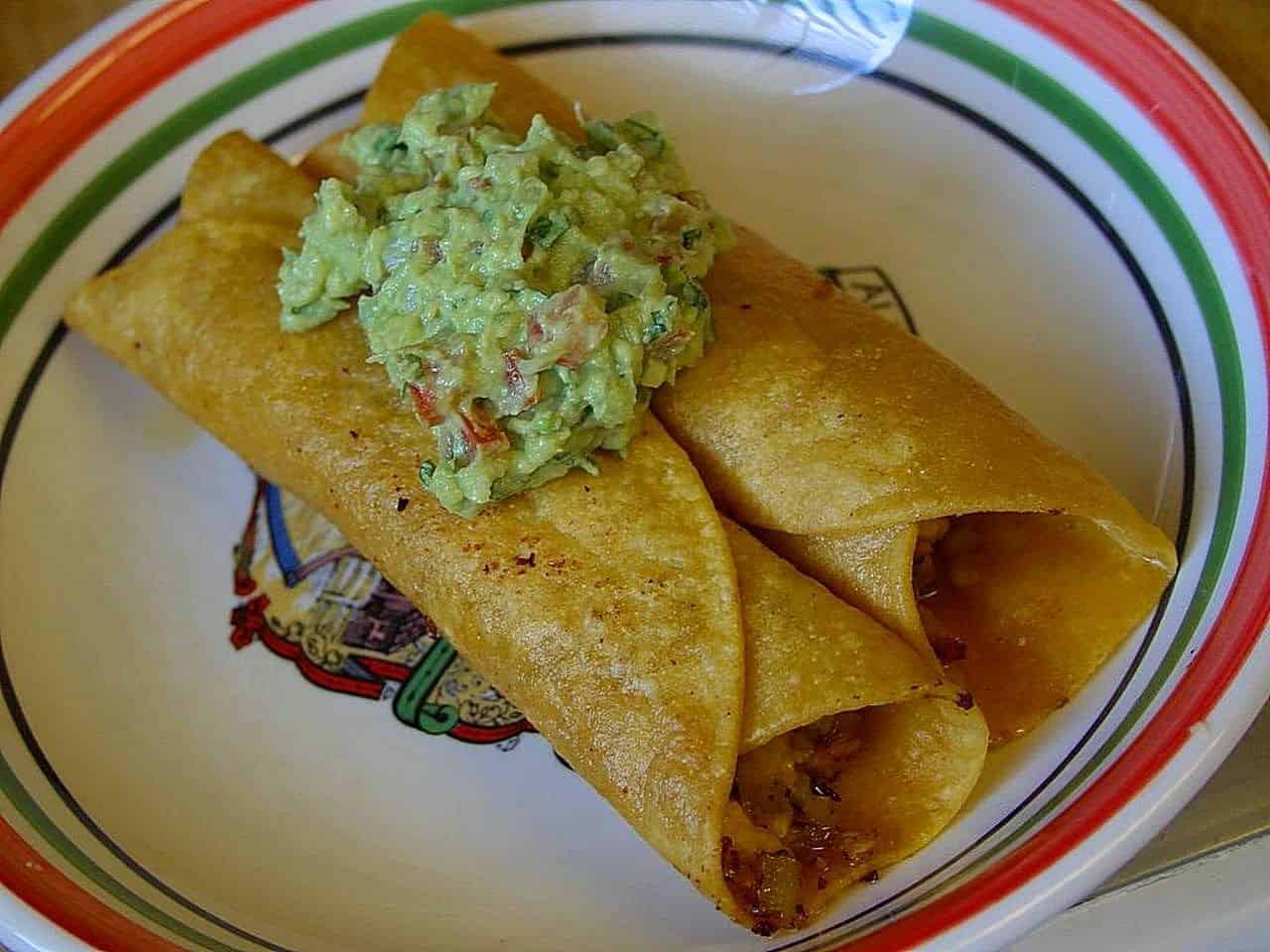 Flautas are a Mexican dish made by filling a tortilla with different ingredients and deep-frying the resultant roll. The filling is often made of chicken or beef and is sometimes also spiced with chilies and tomatoes.

They’re not just available in Mexico but also a very popular snack in the American Southwest and South America.

Flautas derive their name from the Spanish word for flutes. Hence, you’re supposed to eat them with your hands, similar to how you play the flute.

So, there’s no use of forks to eat Flautas. 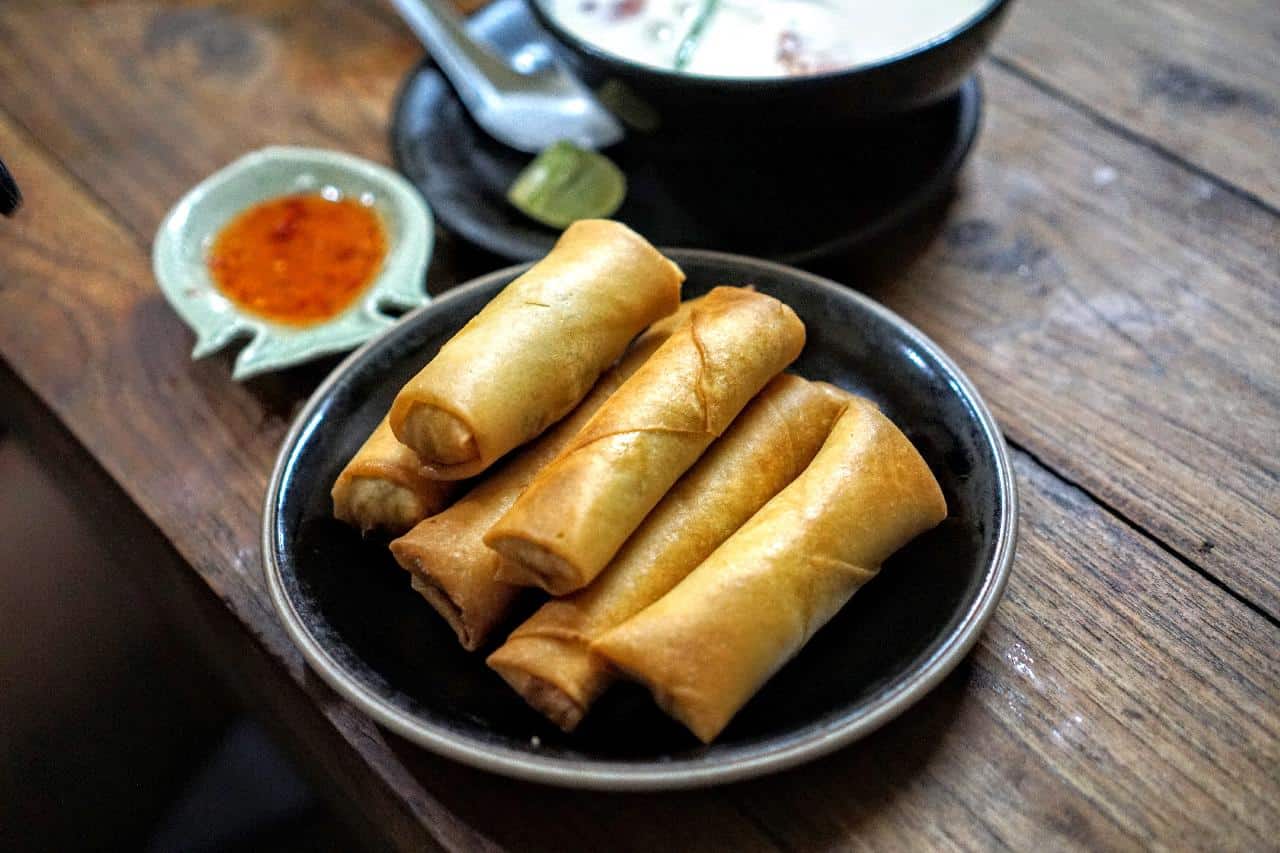 Taquitos or little tacos are small rolled tortillas with beef or chicken, which are then deep-fried until they turn crisp. You serve them with some grated cheese sprinkled over them.

People usually make Taquitos with corn tortillas and serve them with guacamole or sour cream. They can be considered more typical to central Mexico, where corn is cultivated and used.

Flautas and taquitos can get hard to tell apart.

They look very similar and are mostly used interchangeably. However, below I’ve tried to bring out a few differences that you may have failed to notice.

A crucial difference between the two is their size.

Flautas are usually long, thin, and made from a burrito-size flour tortilla. Taquitos, on the other hand, are short and rolled from regular-sized corn.

The shape of the tortilla is one of the most important deciding factors in determining the difference between flautas and taquitos.

Flautas are rolled to be round and made in a lot of oil to help them retain their shape. They can be rolled to be narrower at one end as compared to the other, to give it a tapered cone shape.

Taquitos use a twice-folded tortilla instead of a rolled one. So they are somewhat of a flattened product. Due to this, they soak in less oil when it’s fried.

Taquitos are either baked or fried, depending on how you want to have them. People stuff them with shredded chicken and cheese. Then, they fry or bake them till they turn crispy.

Flautas are long and thin rolls, so when they’re fried they absorb a lot of oil for them to become crispy.

Whereas taquitos are smaller in size and do not require as much oil for them to turn crisp. There are also baked taquitos available in the market. And the best part? These baked taquitos taste as good as the fried ones.

Since taquitos are made of corn tortillas, they lie on the healthier side.

Can You Substitute Flautas for Taquitos?

Yes, you can substitute flautas for taquitos and vice versa.

In fact, Americans use both of these items interchangeably. They look similar and are basically rolled and filled tortillas. People then fry them until they turn crispy.

Also, most people serve them with condiments like guacamole and sour cream. They are also often garnished with grated cheese or crumbled cheese and a lot of sauces.

The taquitos are available in healthier options and so you should go for that. But if you want to let go of that guilt, you can have either as they are both finger-licking good!

Yes! Flautas are originally from Sinaloa, a state in Northern Mexico. You can find them all over Mexico in different sizes and shapes.

What are taquitos called in Mexico?

Taquitos are usually called tacos dorados in Mexico. Taquitos refer to small tacos in the Mexican border cities of Tijuana and Mexicali.

Are flautas and tacos dorados the same?

Both taco dorados and flautas are very similar and are both Mexican snacks stuffed with rolled tortillas, fried, brown, and very crispy.

Some people think that the difference between them is that Tacos Dorados are made up of corn tortillas while flautas are made from flour tortillas. But, in Mexico, both are generally made with corn tortillas.

What is the difference between flautas and enchiladas?

The key difference between enchilada and flautas is that enchiladas are made up of sauce-dripping maize tortillas.

Enchilada is similar to a roll made of corn tortilla and served with a variety of sauces that consist of red and green sauce. Flautas, on the other hand, are prepared using tortillas or flour. 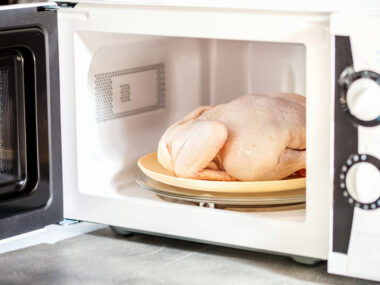 Read More
Humans have been eating chicken for a very long time. The estimated length of time is 7,000 to…
Read More 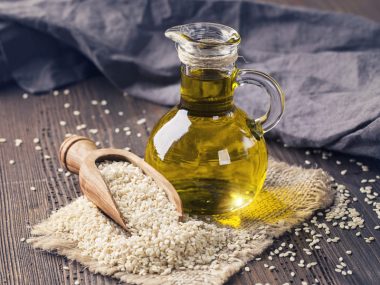 Read More
If you have tasted Asian or Middle-Eastern cuisines, you must have noticed a unique taste and distinct aroma…
Read More