Gelato Vs Ice Cream Vs Sorbet: What’s The Difference?

A good dessert can improve any meal by a thousand times.

If you are looking for a way to elevate your dishes, you could never go wrong with a delicious treat like ice cream, gelato, and sorbet. However, if you’re not familiar with the world of desserts, there’s no need for you to worry. That’s exactly what we’re here to help you with.

So, what is the difference between gelato, ice cream, and sorbet? The differences between the three desserts include origin, ingredients, and texture.

Read on to know more about all of these differences in detail! 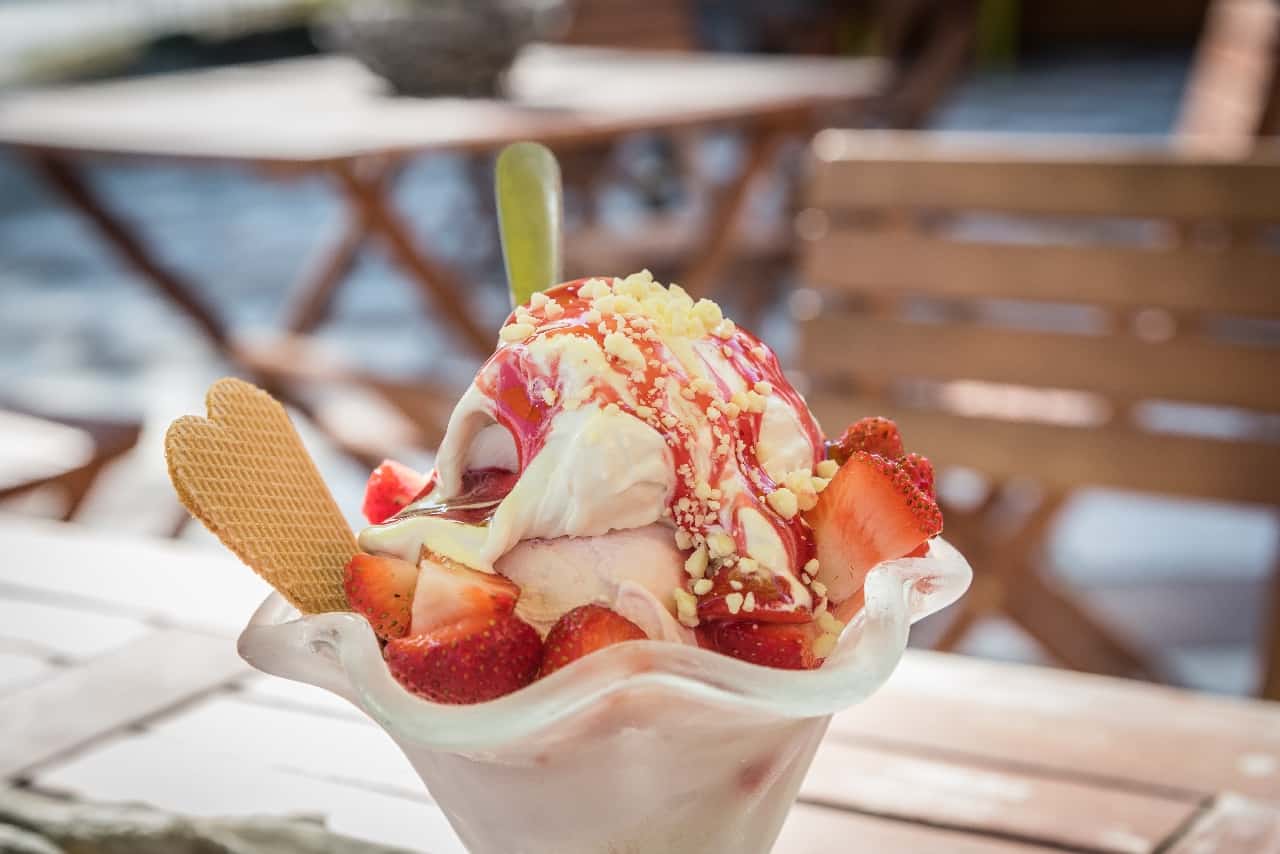 Gelato is a frozen dessert that originates from Italy. It is prepared with cream, sweetener, milk, and natural flavors like almond, chocolate, hazelnut, vanilla, pistachio, etc.

Of course, there are many different flavors of gelato that one can find now. Gelato has a denser texture and is richer in flavor than most desserts, including ice cream.

Additionally, gelato also has fewer calories and lower sugar content than most desserts. 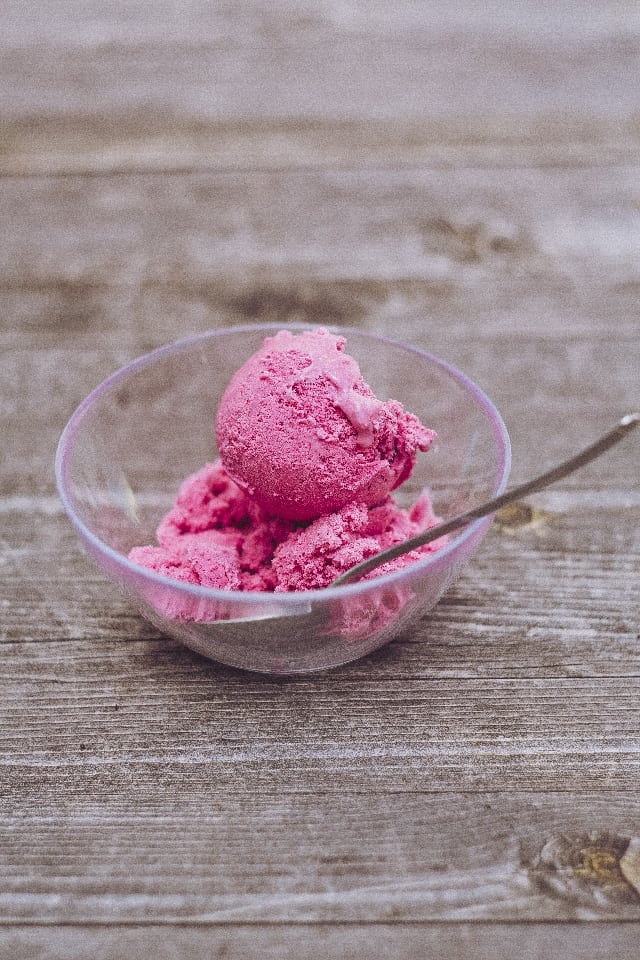 Sorbet is a frozen dessert that is made with water, sugar, and flavoring like juice, honey, fruit puree, wine, alcohol, etc. Sorbet has a rich history and has now many variations.

The basic difference between the two is that sherbet contains dairy while sorbet does not.

Let’s compare some of the characteristics of the 3 most popular desserts in the world.

Now, let’s discuss the differences between gelato, ice cream, and sorbet in detail.

It is no secret that gelato originates from Italy. It was first invented by military engineer and architect Bernardo Buontalenti. However, the modern form of gelato that we enjoy was created by Francesco Procopio Dei Coltelli, who served it in his Café Procope in Paris.

Most people might assume that ice cream originates from Italy as well. However, there are many stories about the origins of this dessert that we all know and love.

Some sources say that ice cream was invented in ancient Persia, while others believe that it was created by Nero, while certain stories trace its origin to the Mongol Empire.

Sorbet has a history similar to ice cream. It is believed to have originated in ancient Persia. However, there are sources that associate sorbet with many historical figures from Italy, such as Nero, Marco Polo, Seneca, Hippocrates, and more.

Most people assume that gelato, ice cream, and sorbet are the same because they have many ingredients in common. However, you know by now that this is not true.

The basic ingredients used in making ice cream include milk, water, sweetener, milk fats, and cream. Needless to say, there are hundreds of variations of ice cream across the world which incorporate different ingredients and flavors.

You can find ice cream in every flavor that you can think of. And you’ll be surprised to know that certain variations of ice cream are flavored with spices!

Gelato is made with ingredients like cream, milk, sweetener, and flavoring.

Traditional versions of the dish incorporated natural flavors such as chocolate, vanilla, pistachio, hazelnut, and pistachio. However, you can now find gelato in more flavors like apple, strawberry, raspberry, lemon, pineapple, and more.

Sorbet is essentially sugar-sweetened water that is flavored with a variety of liquids. 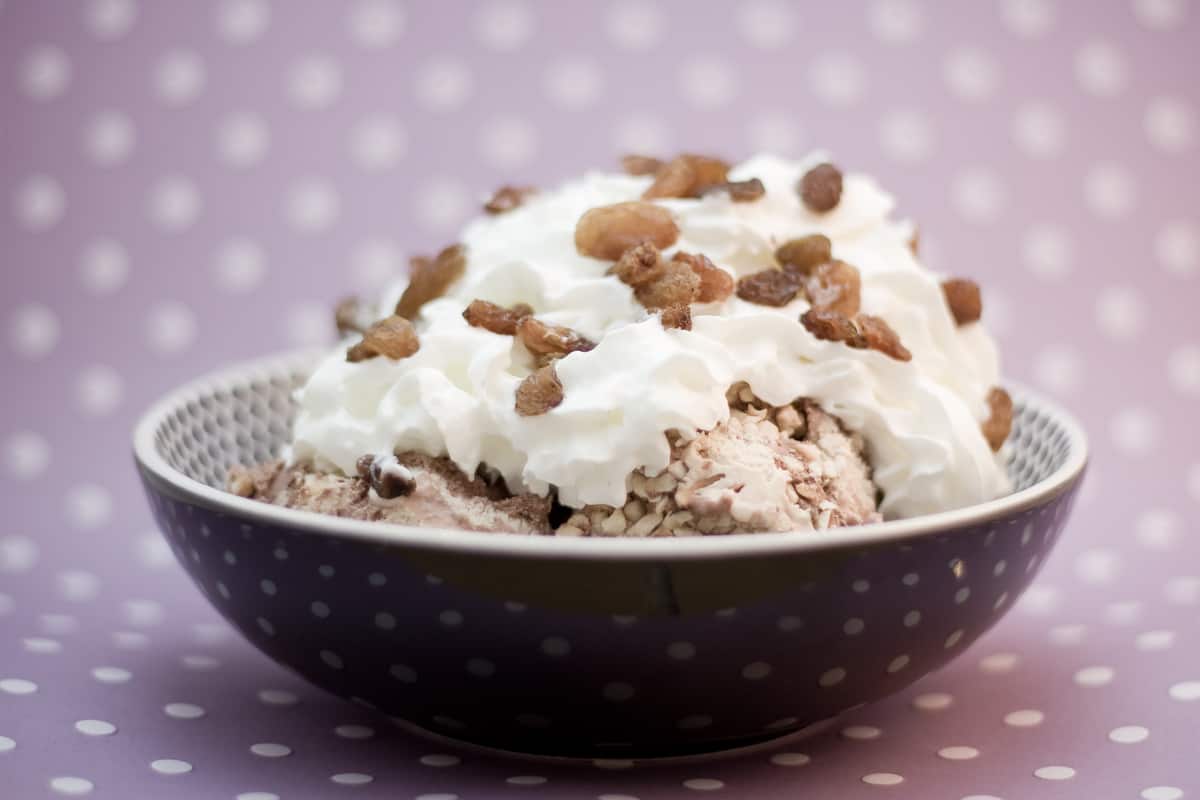 Lastly, let’s take a look at how the three desserts differ in texture.

As you know, ice cream typically has a smooth and creamy texture. However, according to the serving style, ice cream can have a slightly hard or whippy flavor. For example, an ice cream sandwich tends to be firm whereas a soft serve is much creamier.

Gelato has significantly less air than most desserts. This gives it a dense texture as well as an enhanced flavor. However, as they both include milk and cream, gelato has a very similar texture to that of ice cream.

Sorbet does not have any cream, which gives it a slightly rougher texture. Sorbet gets its signature texture from two ingredients in particular – fruit and sugar. To get the best out of this dessert, you should let it cool down to room temperature.

How Is Gelato Different Than Sorbet?

The primary difference between gelato and sorbet is dairy.

Gelato is made with cream and milk while sorbet is dairy-free. This gives the desserts a distinct texture. Gelato owes its creamy texture to dairy whereas sorbet has a smooth texture because it contains fruit puree.

Needless to say, this also means that the two desserts taste different from one another.

Is Gelato Ice Cream Or Sorbet? 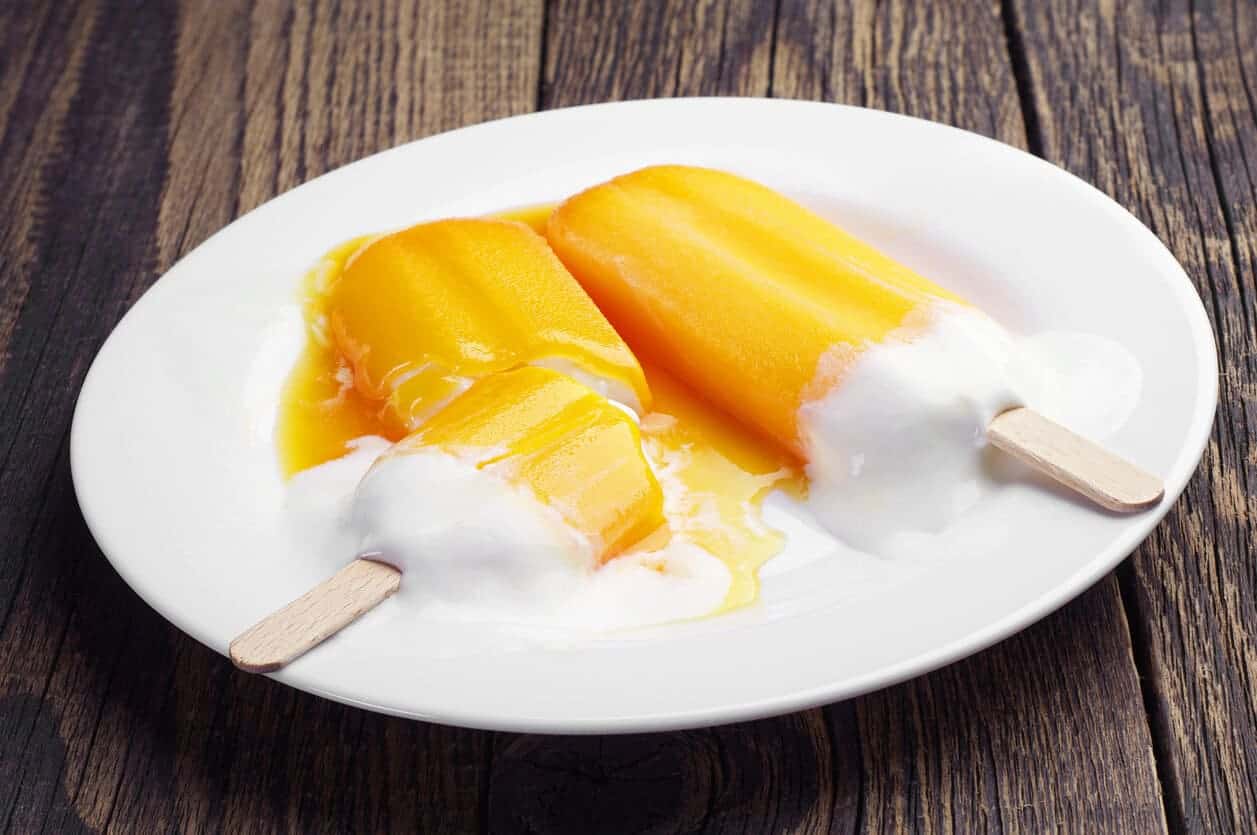 Gelato is neither ice cream nor sorbet. Some people know gelato as “Italian ice cream.”

It shares a similar texture and ingredients with ice cream, however, gelato is a distinct dessert of its own. You can tell the difference between gelato and ice cream in the flavor as the former has a denser mouthfeel.

Is Gelato The Same As Sherbet?

No, gelato is not the same as sherbet.

Sherbet is a dessert with origins from the Middle East. It is made with water, fruit, sugar, and cream. On the other hand, gelato contains milk, sweetener, cream, and natural flavoring. Gelato obtains its flavor from ingredients like pistachios rather than fruit.

If anything, sherbet is closer to sorbet than gelato. You might be wondering if sorbet and sherbet are the same. Read on to know the differences between these two.

Difference Between Sorbet And Gelato

Sorbet and gelato have different origins, ingredients, and textures.

Origin: Sorbet originates from ancient Persia whereas Gelato is from Italy.

Ingredients: Gelato consists of dairy products like milk and cream along with sweetener and flavoring. On the other hand, sorbet mainly contains fruit and water.

Texture: Gelato is creamier than sorbet but denser than ice cream because of the amount of dairy it contains in comparison. Sorbet tends to be rougher in texture.

Gelato Vs Ice Cream Vs Sorbet Vs Frozen Yogurt 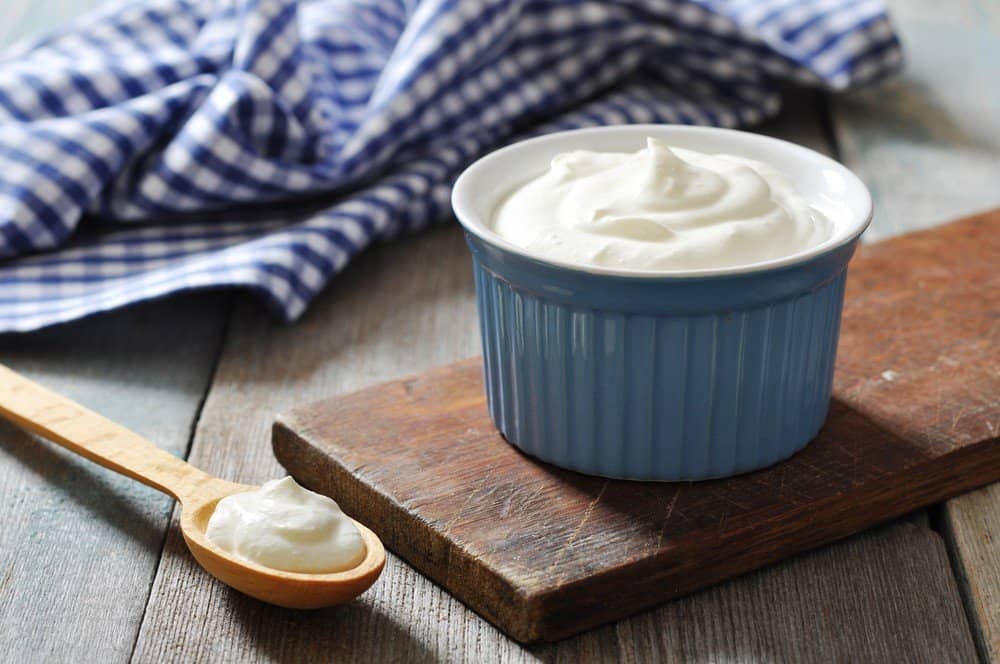 Here’s a quick rundown on the differences between these desserts.

Gelato is an Italian dessert with a dense texture and a rich flavor. It was traditionally made with natural flavoring agents. However, you can now find fruit-based gelato easily.

Ice cream is an extremely popular dessert that is made with milk, cream, sweetener, water, and milk fats. It has many variations as well as a range of different flavors.

Sorbet is made with sugar, water, juices, or other liquids that add flavor. Although it does not contain any dairy, variations of sorbet in North America also use ingredients like cream and milk.

Frozen yogurt is a frozen dessert that is made with yogurt and other dairy products. It has more or less the same ingredients as ice cream but froyo also contains bacterial cultures as curd and yogurt do.

Despite what most people think, gelato is not the same as ice cream. Gelato has a denser texture and more intense flavor than ice cream.

There is a limited selection of flavors of gelato that you can find. On the other hand, ice cream is smooth and has a whole bunch of flavors and styles for you to choose from.

Sherbet Vs Sorbet Vs Gelato

The difference between sherbet, sorbet, and gelato can be best understood by the ingredients used in making the three.

Sherbet is made of cream, fruit, and sugar, while gelato contains cream, milk, sweetener, and flavoring. On the other hand, sorbet is made using ice, sugar, fruit puree, and juices.

Difference Between Sherbet And Sorbet

However, there are key differences that make sorbet and sherbet distinct – the ingredients and texture. Sorbet is made using fruit and sugar, while sherbet includes cream with these two ingredients.

As sorbet does not have any cream, it tends to have a drier consistency, which is why it is eaten at room temperature. On the other hand, sherbet has a creamy texture that resembles ice cream and is better served cold. 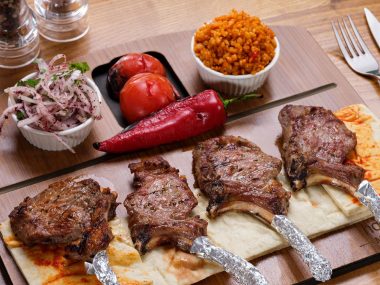 Read More
If you like pork chops, you know that baking them properly is the key to a great taste,…
Read More 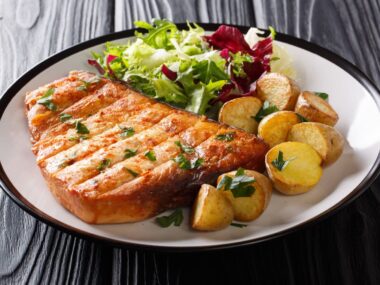 Read More
If you love eating fish, you will most likely find the swordfish very interesting in terms of taste.…
Read More