Chicken is very common meat that is used in many recipes. Whether you are making chicken soup, salad, or simply a nice roasting dinner, “cooked chicken” is the main ingredient that you’ll need. It can be used in all shapes and forms like cubed, chopped, or sliced.

People tend to buy it frozen, but you can also buy fresh chicken and freeze it afterward. However, what if you were planning to cook chicken but forgot to take it out of the freezer. Can you boil frozen chicken to defrost it?

Can you boil frozen chicken and for how long? Of course, you can. It takes one hour to boil a chicken, which means that this way you’ll get soft meat that will be ready to cook.

Read down the article, as you’ll find tips on how to properly boil the frozen chicken and additional tips that will help with your recipe. Also, I added some extra recipes to help you decide what to cook for your next lunch or dinner.

Your guide on boiling frozen chicken

Well if you are planning on making a  dish that includes chicken, but forgot to take the chicken to defrost, then boiling it is the solution.

We all know that frozen food is not as good as the fresh one, but it still gets the meal done. Follow the guide on how to boil frozen chicken and still get the perfect meal. 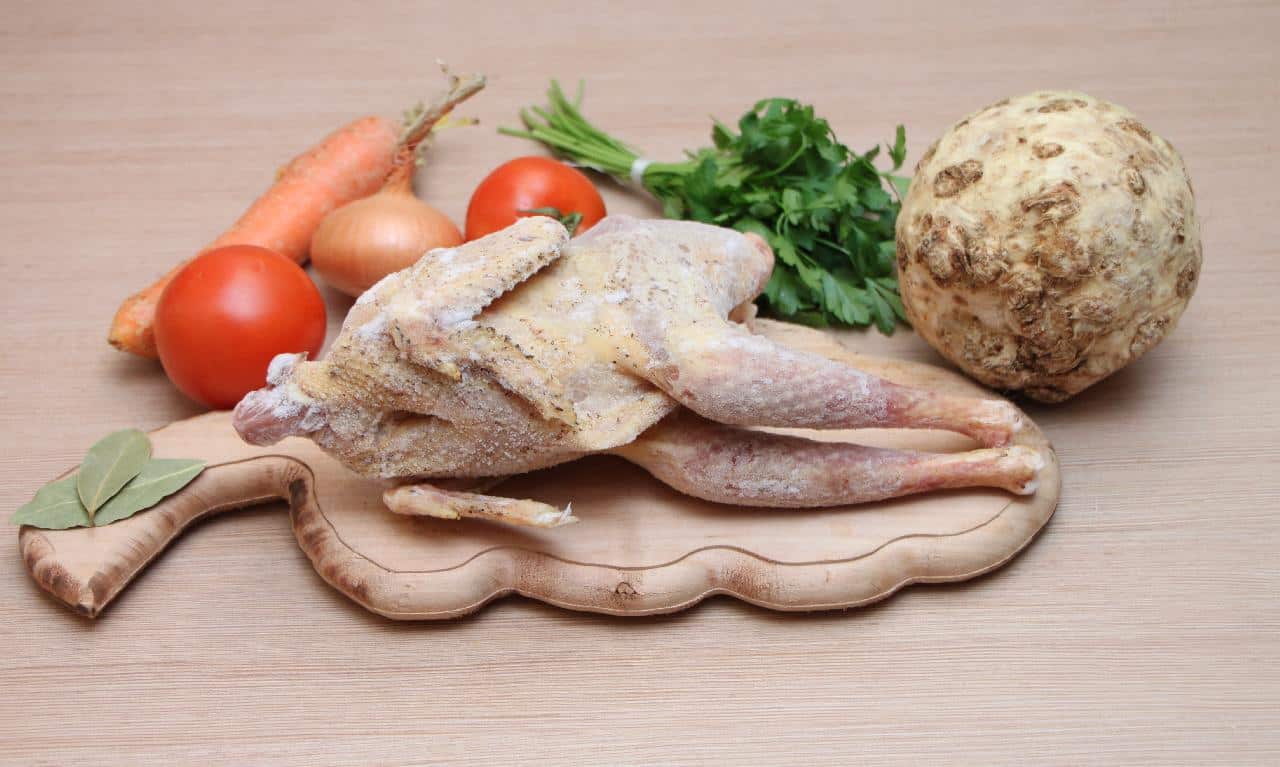 You should also keep in mind these additional tips. Read below, as you’ll find some tips that can actually help you after boiling the chicken, or even before. So, It’s very important to follow them, as you’ll want to get the perfect chicken meat for your recipe.

Firstly, make sure that the chicken is frozen in a way that the individual pieces can be separated.

You should also know that the cooking period actually depends on what form your frozen chicken comes in, so be careful when cooking. Because if you cook the whole chicken for too long, the outer part may dry and the insides may be cooked more.

So, you have to be careful not to undercook it, because in this case the insides of the chicken won’t get cooked enough and your meal will fail. Try to keep a balance and cook the chicken enough.

What you should also know that is very important is that you can’t cook the frozen chicken in a slow cooker. In no way, you should try this.

The reason why you shouldn’t is that the slow cooker actually cooks the meat very slowly and there is a chance that the cold meat will be at a temperature range when bacteria can grow for a longer period and it can cause some damages.

Also, when you cook the chicken in an oven or on the stove, it actually cooks faster and the meat won’t spend too much time in the same range. This way, it’s safer and tastier to cook.

You’ll need to cook the chicken for 50 % longer. You can also add a roasting rack or over vegetables so the heat could circulate around.

Chicken does not take too much time to be cooked, because the meat is really tender and does not have very tough connective tissues.

The boiling helps the process of thawing, but it does not complete the whole process of defrosting. The surface will be cooked first, while the next layer of molecules will begin to thaw and cook from the inside. Even if the chicken is not whole, the fact that is frozen it actually requires the time that it needs to be cooked.

Actually, if you do buy frozen chicken, you may want to skip defrosting it. It’s recommendable to cook frozen chicken with stuffing for several hours in the oven and not on top of the stove.

Recipes in which you can use boiled chicken:

There are a few recipes that might help you in this situation when you are about to boil a chicken but still have decided how to use it. Read down as I’ll try to give you some additional ideas that will help you with your next chicken meal:

Is it bad to cook frozen chicken?

Actually it’s not bad. The best is to avoid cooking a whole chicken or chicken pieces with bones because the chicken won’t reach the high temperature as it should and it’s recommendable to split it.

Can boiling make the chicken tough?

It won’t. Put your chicken in cold water, the same way as defrosting it, and boil it gently so you’ll have the perfect boiled meat. Otherwise, you’ll make the meat tough on the inside as the chicken is cooked.

Do I need to defrost before boiling the chicken?

You don’t have to. As previously mentioned, putting it into water does not take too much of your time as defrosting and then boiling. So, my advice is not to wait that long for defrosting, just gently put it to boil. 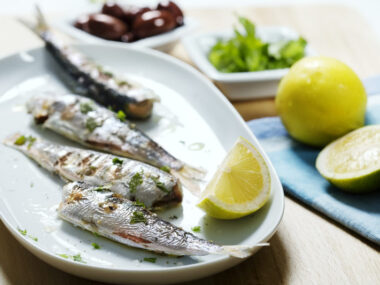 Read More
Both sardines and anchovies are very popular and they can be used in different dishes. You can either…
Read More