Brownies are some of the most loved desserts worldwide.

The recipe for the perfect brownies might differ according to what part of the world you live in. However, there are some common concerns everyone has as they are making brownies such as how long should brownies cool.

The straight answer is that you should give your brownies about 30 minutes to cool down at room temperature before you can cut and serve them.

Keep in mind that this time will not get your brownies fully cold but rather at a temperature that will allow you to eat them without burning yourself.

If you want cold brownies, you should let them sit for about 1 hour at room temperature before serving them. However, there are more details to take into account, so read on!

Will Brownies Harden When They Cool?

We love brownies a lot more when they are soft and unctuous which is why most of us prefer to avoid having them harden once they cool down.

It is important to understand though, that brownies will get a firmer texture as they cool down, but they shouldn’t harden unless you make a sudden temperature change such as from oven warm temperature to fridge cold temperature.

So, unless you put your brownies in the fridge, they shouldn’t get too hard as they reach room temperature.

Putting your brownies in the refrigerator will have the cold temperature harden the butter inside the brownies, which makes them solidify.

If you let your brownies cool down at room temperature, it will take longer but you will maintain the fudgy texture that makes them melt in your mouth.

To avoid brownies solidifying and hardening more than they should, don’t place them in the fridge or freezer to cool down.

With a little patience, in about 30 minutes, you will have delicious brownies to enjoy with your friends and family, as you let them cool down at room temperature. 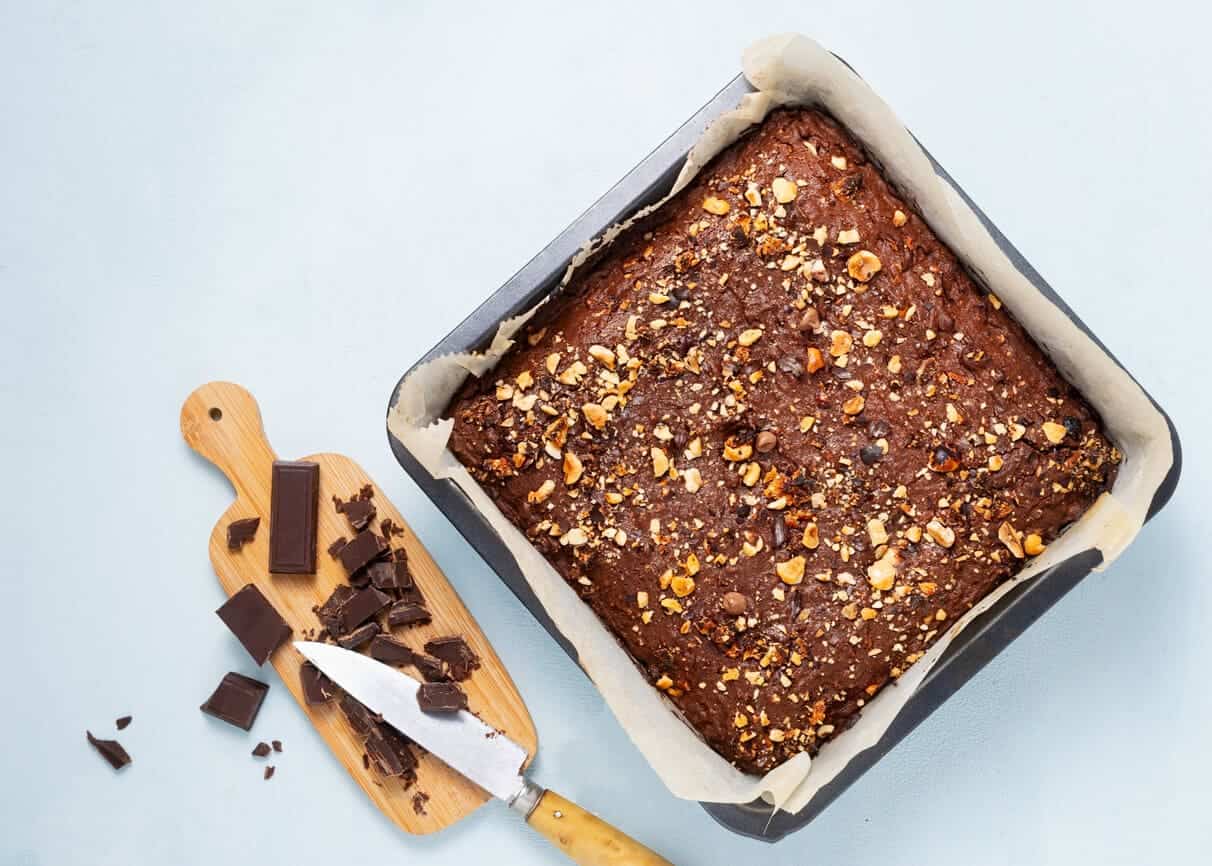 How Do You Cool Brownies Quickly?

If you don’t have 30 minutes to let your brownies cool down in their own time, there are some things you can do to speed up the process so you can enjoy them faster!

Lay the Brownies on a Tray or Cooling Rack

You will have to lay the brownies on a tray or cooling rack in one layer. If you put brownies on top of brownies, the ones at the bottom will take longer to cook and they will also have an altered shape due to the weight of the rest of the brownies you placed on top of them.

Move Them to a Place With the Lowest Temperature

We also suggest moving the cooling rack that you use for cooling the brownies in the space of your house with the lowest temperature.

Depending on the weather, if outside it is a cool temperature, you can place it in front of an open window. Moreover, do not cover your brownies if you want them to cool faster.

Covering them will keep both moisture and heat inside the brownies and slow down the cooling process. This applies even if you use a cotton cloth or any other breathable material.

If you don’t want to open the window, you can direct a running fan towards the brownies and set it in such a way that cool air will flow on them.

If you don’t have a special cooling rack, you can use any plate or tray to place your brownies on a leveled surface. You will be just as successful!

What Happens if You Don’t Let Brownies Cool?

If you don’t let your brownies cool down, you will not be able to eat them as they will be steaming hot. Warm or hot brownies are more difficult to cut and they tend to lose their shape.

So, if you want your brownies to look good as you serve them on the plate, it is important to let them cool down so you can cut them into the sizes you want without much struggle.

The taste of brownies will also differ from hot brownies to cold ones. As your brownies cool down, their flavor will settle in a much better way, and you will most likely enjoy them more than when they are fresh out of the oven.

To achieve a great flavor for your brownies, you can let them sit even up to 2 hours. They tend to get better during this time and you will find them even sweeter as the sugar combines nicely with the rest of the ingredients.

How Long do You Cool brownies Before Frosting?

Frosting your brownies takes them to a whole new level of deliciousness. However, when is the best time to frost them for the optimum result?

Regardless of the icing, you want to add on top of your brownies, you want tl do this after they cooled for at least 30 minutes.

For the frosting to stick to the brownies and not melt away or get absorbed way too deep into their dough, the brownies need to be cool enough. Hot brownies will not be very welcoming to their chocolate frosting.

If you frost your brownies too fast, you take a risk of ruining an otherwise perfect recipe. So, it is much wiser to give them at least half an hour to breathe before you cover them in that delicious icing that will give the final touch to this dessert.

When you add the icing make sure it is not hot. Both the frosting and the brownies should be relatively close to room temperature for your recipe to be a success.

How Long Should Brownies Cool Before Covering? 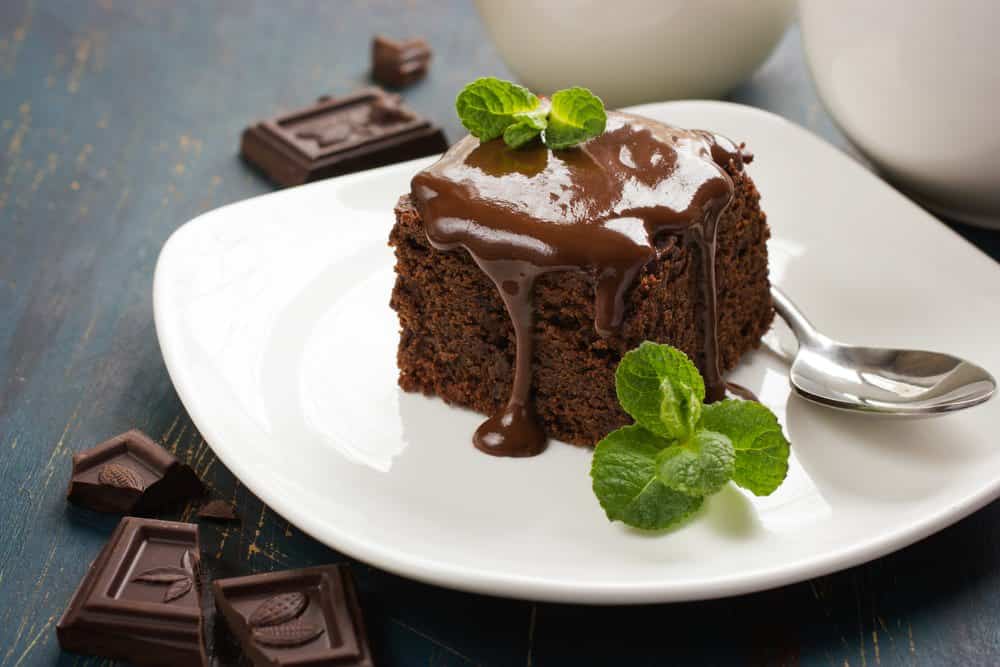 It is a mistake to cover your baked desserts, including brownies while they are still warm. You want to give your brownies a good full hour or more, depending on the room temperature, before you cover them with cotton, breathable cloth.

If you cover warm or hot brownies with any type of material, they will lose their texture and become soggy. Your brownies will also lose their square shape and they might not look so appealing.

Therefore, it is important to be patient and don’t rush any process once you took the brownies out of the oven. Your recipe might be done cooking but you still have to wait until you can eat the brownies or cover them for later snacks.

Also, if you added frosting, you want to gently cover your brownies with foil rather than a cloth. This will help you maintain the top brownies in shape as well as the frosting intact so they will still look appealing even if you want to eat them hours later.

If you cover the brownies too tight, the frosting will get stuck on the cloth or foil and you might compromise them.

How Long to Cool Brownies in the Freezer?

If you are in a hurry, you might find it tempting to cool your brownies off in the freezer.

So, if you don’t mind the fact that they will turn firmer than they would usually be if you cooled them at room temperature, this could actually be a fast and efficient option.

To just cool the brownies in the freezer, you will have to give them about ten minutes.

If you want to store them in the freezer you will be happy to find out that these cookies can stay good for up to 3 months if you freeze them properly.

However, we don’t recommend placing them in the freezer as soon as you take them off the oven.

You should put them on a cooling rack to make sure they are not steaming hot when you place them in the freezer. Note that changing the temperature from one extreme to another will make your brownies lose their shape.

Also, you might compromise your freezer too if you add brownies that are too hot. So give them at least 30 minutes to cool down at room temperature before you store them away.

As delicious as brownies can be, you can definitely compromise them by not allowing enough time to cool down. Also, you can compromise your recipe if you add the frosting too early, while your brownies are still hot.

It is essential to take these details into consideration as well as other details you will find in this guide before you start making the perfect brownies.

If you follow all our instructions, even your grandma will be impressed by the way your brownies turn out and by the way they look.

Apply the information in this guide regardless of the brownies recipe you follow. You can take into account this information for other baked desserts you make as well.

Patience or lack of it can make or break your recipe. And brownies make no exception from this rule! 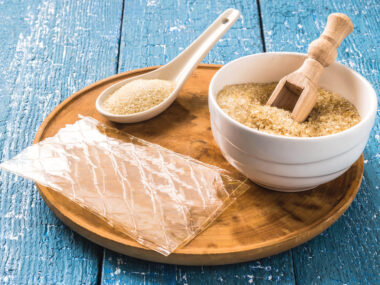 Read More
Gelatin helps turn liquids into a jelly consistency. Usually, you can get gelatin in the form of sheets…
Read More 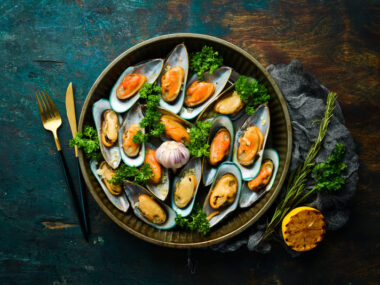 Read More
Both green mussels and black mussels make up the main ingredient in many delicious dishes. These mussels types…
Read More