Marinara Sauce and Spaghetti Sauce, the two most famous pasta sauces in Italian cuisine and even the rest of the world. Although we have different takes and uses of these sauces, Italians used it mostly for pasta dishes. Both sauces are still essential in Italian cuisine.

In this article, we will differentiate these two sauces from each other.

A little bit of history, Marinara sauce was invented around the 16th century by an Italian chef, Antonio Latini. The recipe was published in his two-volume book in 1692-1694.

Marinara is a mix of tomatoes, garlic, herbs, and onions. In some places in Italy, they mix some capers, olives, spices, and a little bit of wine. It’s commonly used for spaghetti and vermicelli mixed with meat or fish.

This sauce should not be confused over the famous spaghetti marinara, which is famous in Australia, New Zealand, Spain, and South Africa. This variation is most likely mixed with seafood which is a different dish in Italy called Alla Pescatore.

In the US, marinara sauce is more of a vegetarian-style dish. They mix it with olive oil or parmesan cheese. It doesn’t have any meat or seafood. The American-style marinara sauce is also thicker than the original Italian-style.

The truest form of the Marinara Sauce does not contain any meat, seafood, cheese or vegetables.

What is Spaghetti Sauce?

Let’s define spaghetti first. Spaghetti is a type of pasta that is long, thin, solid and cylindrical in form. With that being said, you may consider any sauce as a “spaghetti sauce” as long as you’re using the same type of pasta when cooking, which is spaghetti.

Marinara sauce can be considered as a spaghetti sauce. You can also use alfredo sauce, pesto sauce, arabbiata sauce, bolognese sauce and so much so more. Spaghetti can be eaten with a diverse variety of sauce base. It can be tomato-based, cream-based, the list goes on.

When we think about spaghetti sauce, we always picture it to be a thick, savory red tomato-based sauce, mixed with ground meat and cheese.

That’s because the term “spaghetti sauce” was used as a culinary slang for any sauce that are tomato-based in the US and even in the other parts of Italy. That’s the reason why we’re confused between Marinara Sauce and Spaghetti Sauce.

How Are They Different in Flavor?

Marinara Sauce has a more complex flavor due to the other ingredients mixed with the sauce. It’s quite flavorful from the added spices and even more aromatic brought by the herbs. The body of the sauce is more mild and easy to combine.

Tomato-based Spaghetti Sauce is quite thicker than marinara especially when mixed with meat. The flavor is richer and meatier. When combined well, the flavors of each ingredient will shine. It goes well with bland pasta noodles since it adds a huge amount of flavor.

Are both Sauces Prepared the Same Way?

Cooking Marinara Sauce does not start with sauteing garlic, onions, and meat. Marinara needs a quicker prepping process. All you need to do is boil the sauce and add your choice of pasta. Feel free to add any ingredients to your preference.

While Spaghetti Sauce, on the other hand, needs to be sauteed with onions and garlic. Then you add the meat and other ingredients. You also add tomato paste to thicken the sauce more.

Then you simmer the sauce for a good amount of time to combine all the flavors well. A lot of spices and herbs are also added to the sauce to exude more flavor.

So If you need something quick to prepare for dinner, you should go for marinara. It’s simple and easy, you can prep it in less than 10 minutes. Whereas, spaghetti sauce takes more time and ingredients to prep.

Can you Substitute Marinara Sauce as a Spaghetti Sauce?

Yes, of course. You can since marinara is tomato-based, it’s perfect for making spaghetti. But for marinara, you can’t substitute it.

Marinara can be replaced by a spaghetti sauce as well, depending on what kind of sauce that is. If it’s tomato-based like bolognese sauce, for example, you may do so.

You can’t substitute marinara sauce with other white-based or pesto-based sauces as it will not have the same outcome and flavor.

Is Marinara Sauce the same as Tomato Sauce?

Technically, they’re not. Tomato sauce is the simplest form of all the pasta sauces available. It’s pretty much-pureed tomatoes seasoned with salt. The type of tomato-based sauce changes once you added more ingredients to it which is the case for marinara sauce.

However, both sauces can be used interchangeably as they’re both tomato-based sauce. You can use either both for different red pasta dishes and even for pizza flavoring.

Tired of typical marinara and spaghetti sauce? If you’re feeling creative and adventurous with your culinary journey, you may check out these other must-try tomato-based pasta sauces.

Bolognese Sauce – One of the best known Italian red-based pasta sauce. The difference with this sauce is it’s meatier and tomato-y. Bolognese when translated in English is a “bowl of comfort”. Other than Italy, the bolognese is quite popular all over the world. This pasta sauce can be served with a variety of pasta dishes such as tagliatelle, gnocchi, pappardelle, fettuccine or even spaghetti.

Amatriciana Sauce – Is another “to die for” Italian pasta sauce made with tomatoes, guanciale (a type of Italian cured meat), pecorino romano cheese, and olive oil. It’s perfect for thick and wide pasta dishes such as farfalle, orecchiette, ravioli, pappardelle, tagliatelle, and lasagna.

Marinara Sauce could be what most people thought as Spaghetti Sauce. But then again, on the technical side, Spaghetti can be tomato-based or not. Marinara can be a spaghetti sauce but spaghetti sauce is not always about marinara.

Marinara will always be marinara. While Spaghetti could be anything you want it to be. Period.

We hope it cleared all your confusion and concerns about pasta sauces as well. So the next time you visit the grocery store, you’ll know what you’re getting and how to use it on your next cooking session. 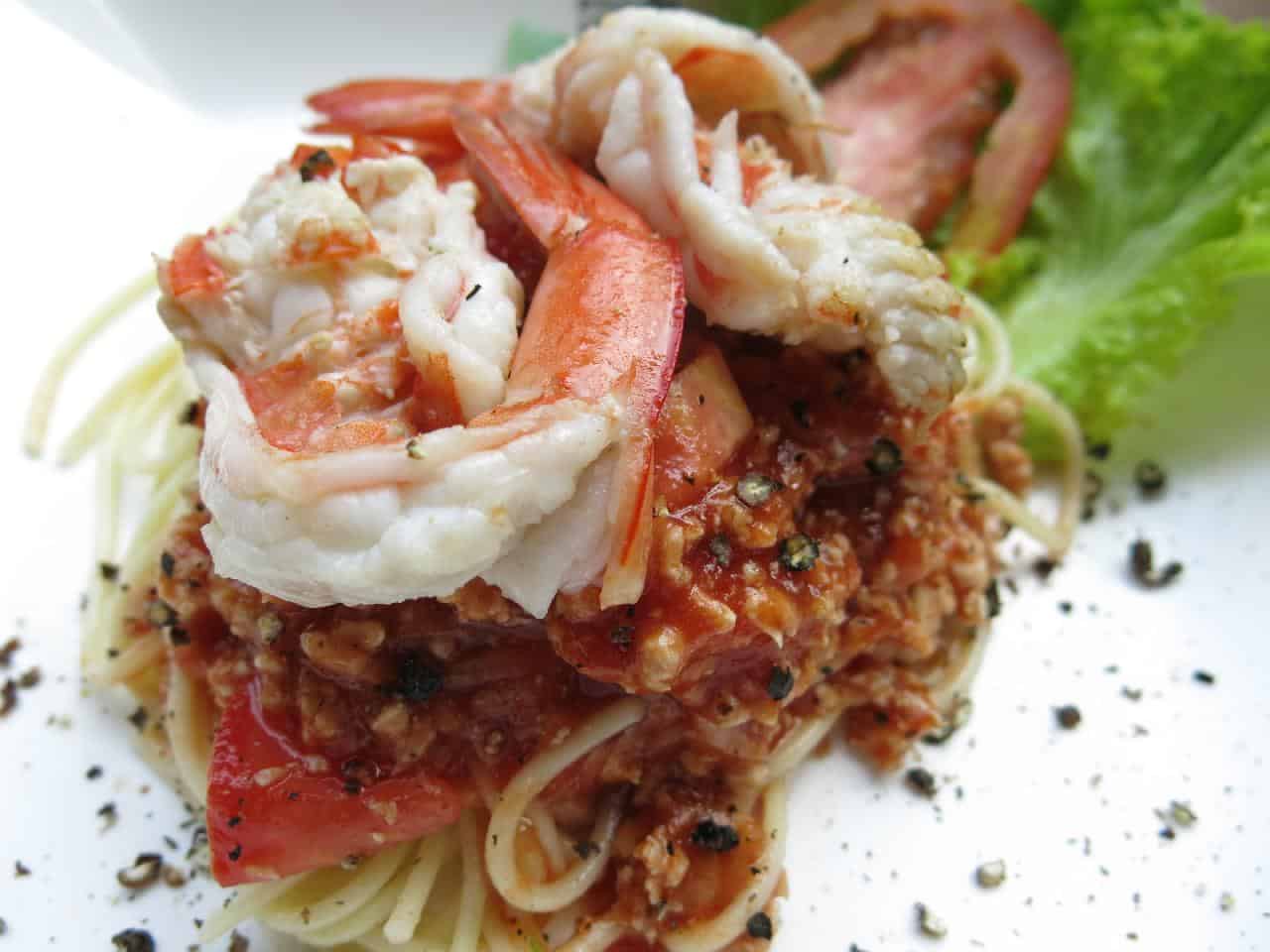 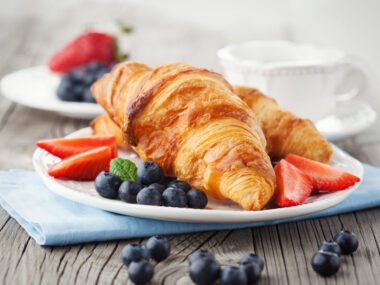 Read More
Nothing compares to the smell of fresh baking goods. Hard to resist and even harder not to try…
Read More 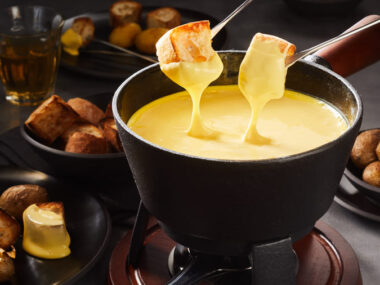 Read More
Fondue is usually considered for cheese or chocolate-covered treats. It’s not just that but also offers a very…
Read More