There is not a problem in the world that cannot be solved with good comfort food. A bad day, a frustrated mood or a fight with a loved one – all can be fixed by a talk over a delicious, hot meal.

People all over the world are connected through the fact that food makes us all happy. However, have you ever wondered about the most eaten food in the world?

We have a plethora of diverse dishes, but there is a common ground where we unite. No matter where you go in the world, the following list of food items will ensure you never have the option of not eating.

Most Eaten Food In The World

Hence, presenting to you the top 10 most eaten food in the world. 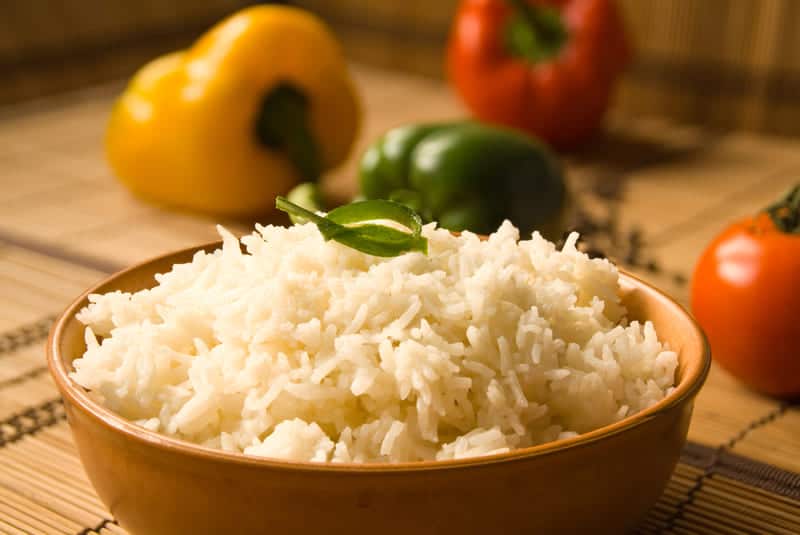 This might not have been a surprise for some as rice is the most common food in Asia and is native to the largest continent.

According to National Geographic, it is a staple food for about 3.5 billion people globally. That is nearly half the people on Earth!

Since it is a fairly easy crop to grow, rice is grown on every continent except Antarctica.

The US Rice Producers Association calculated that, on average, people in Asia, the largest rice-consuming continent, eat up to 300 pounds of rice in a year.

With how nutritious, healthy, and versatile this crop is, it is no wonder that the world it! 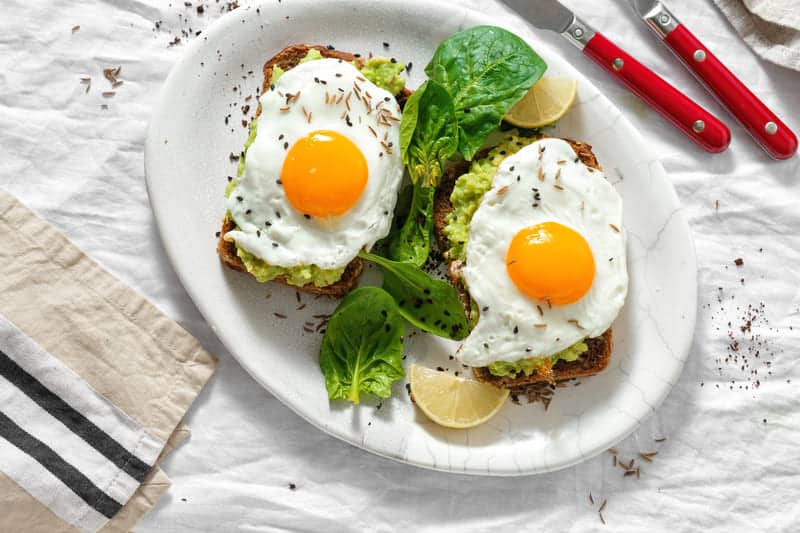 You probably have never been to any place where you cannot find eggs.

They are so widely produced daily it is almost impossible to calculate the exact number. Though, on average, it can be around million metric tonnes to a trillion eggs!

Eggs can be cooked in a specific way for any meal of the day and are useful to keep at home. People use eggs as a source of protein and make a lot of baked items.

Due to the healthy fats, minerals, and vitamins it provides, people even use eggs as face packs and hair masks. They are even beneficial for your eyes.

The best part? You can cook eggs in numerous methods! You can boil them, fry them, or even mess up when making an omelet – you still get scrambled eggs!

Eggs hence rank as one of the most eaten foods on this planet. 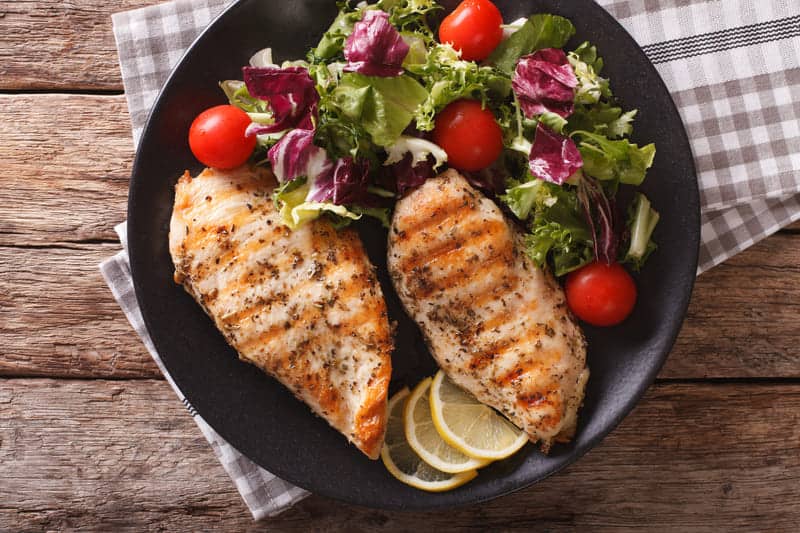 Current research shows that chicken is the most consumed meat globally.

It is much cheaper and easier to add to a dish than other meats. In fact, it tops surveys when it comes to most eaten meat.

Chicken is also healthier than red meat and is an excellent source of protein.

Chicken soup is the most common, homely cure to fever, and even popular food chains like KFC have based their whole franchise on it!

Also Check: What To Serve With Chicken Tenders: 25 Delicious Options 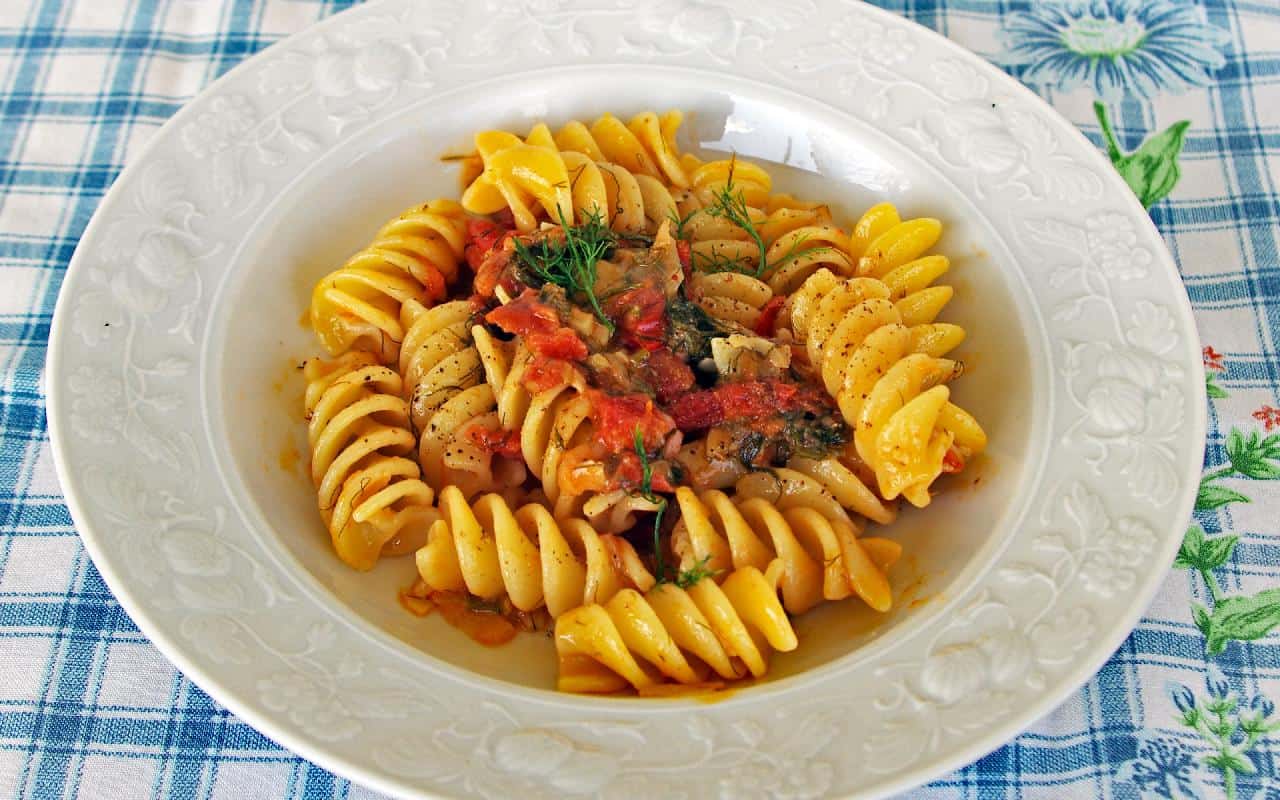 In 2011, a global survey held by charity organization Oxfam declared pasta as the world’s most popular dish. It even beat rice!

This Italian dish has taken place in the hearts and stomachs of many people worldwide and is one of the most globalized dishes.

Contrary to popular belief, proof of pasta being eaten can be traced back to as early as 5000 B.C. That is how long this popular dish has been around.

With how easy it is to make and how it comes in so many shapes and sizes, pasta is a fun food that people love eating around the world.

According to a survey carried out in 17 countries by UK-based charity group Oxfam, pasta was declared to be the world’s favorite food.

Checkout: What to Serve With Pasta: 21 Appetizing Side Dishes 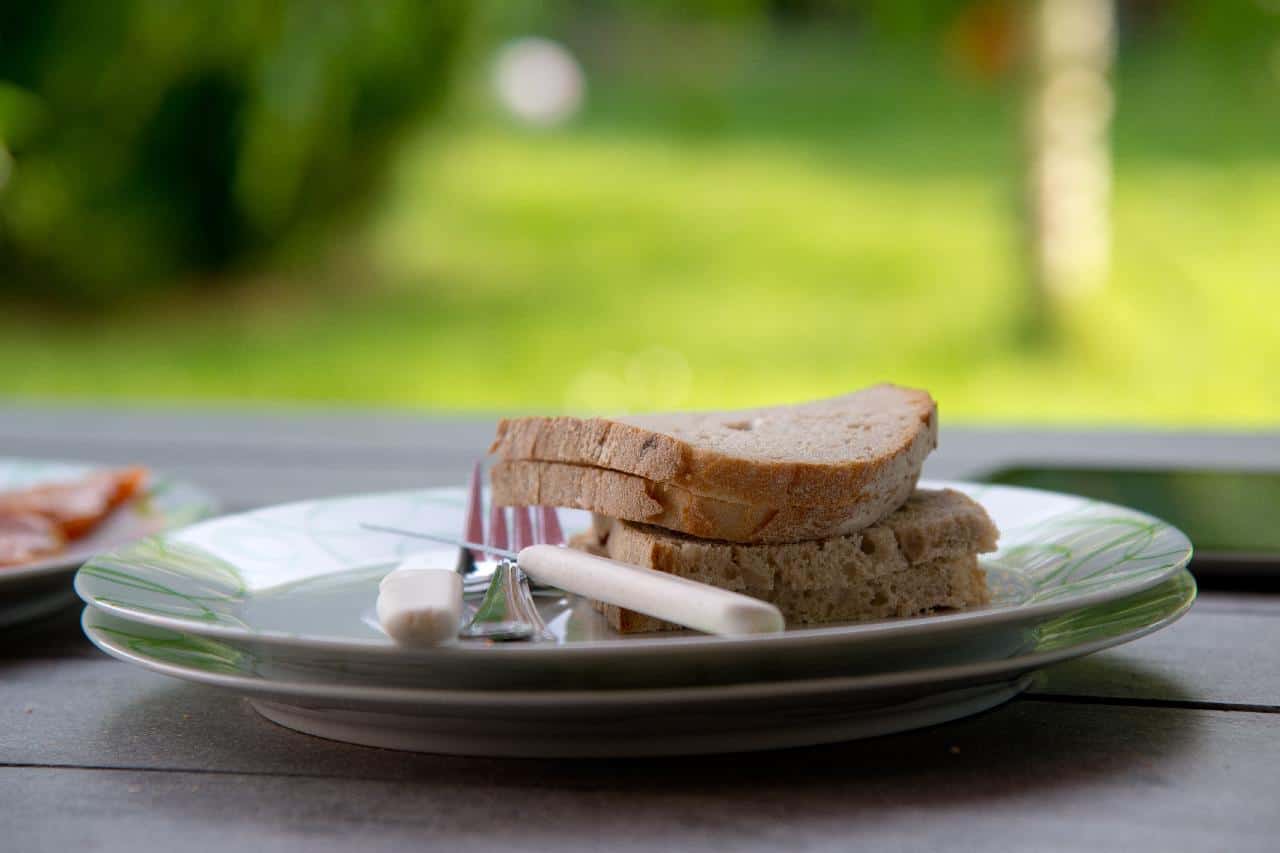 On average, 12 billion sandwiches are consumed every year in the United Kingdom. This means that they consume 389 sandwiches per second.

Can you imagine how much bread goes into the preparation of all those sandwiches? Germany alone has 1300 ways of making bread, and it is the largest consumer worldwide.

It may be a popular breakfast item, however, it is also significant in Christianity, making it a very popular food item. At one point in history, before erasers were invented, bread was even used for correcting mistakes in writing!

Nowadays, bread is consumed as toast, a sandwich, and even its crumbs can be used to make crusts and sauces. Being a good source of dietary fiber and minerals, adding bread to your diet will always be a tasty and healthy choice. 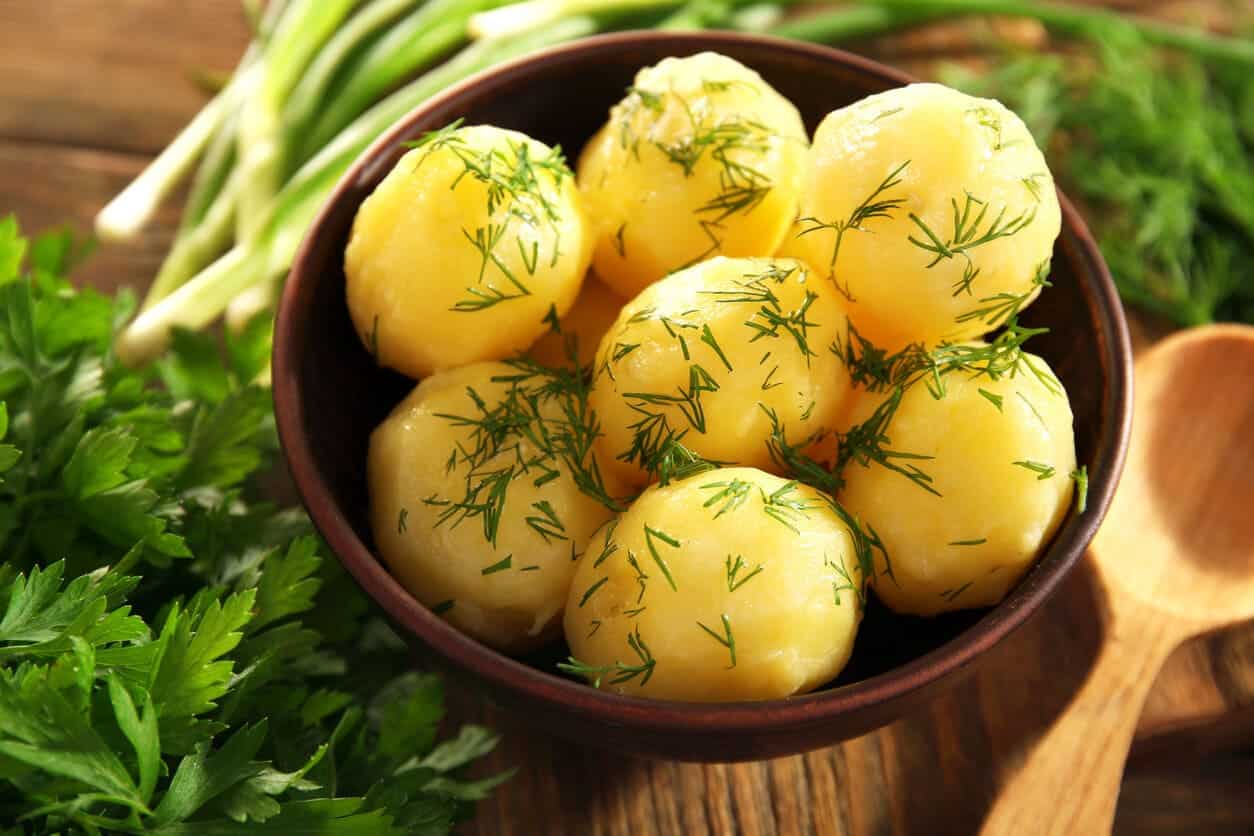 Potatoes are perhaps the most versatile vegetable you can think of.

It has been made in so many different ways including mashed, chips, fried, boiled – that it can be called the eggs of vegetables.

According to a recent 2019 survey by USDA Economic Research Service, potatoes ranked as the top vegetable produced for food consumption.

More than a billion people worldwide eat potatoes in different forms. It is so easy to grow that, fun fact, it was the first vegetable to be grown in space!

Due to its long shelf life, its 4000 varieties and the fact that it goes well as a side as well as a standalone dish, potatoes are one of the most eaten foods in the world. 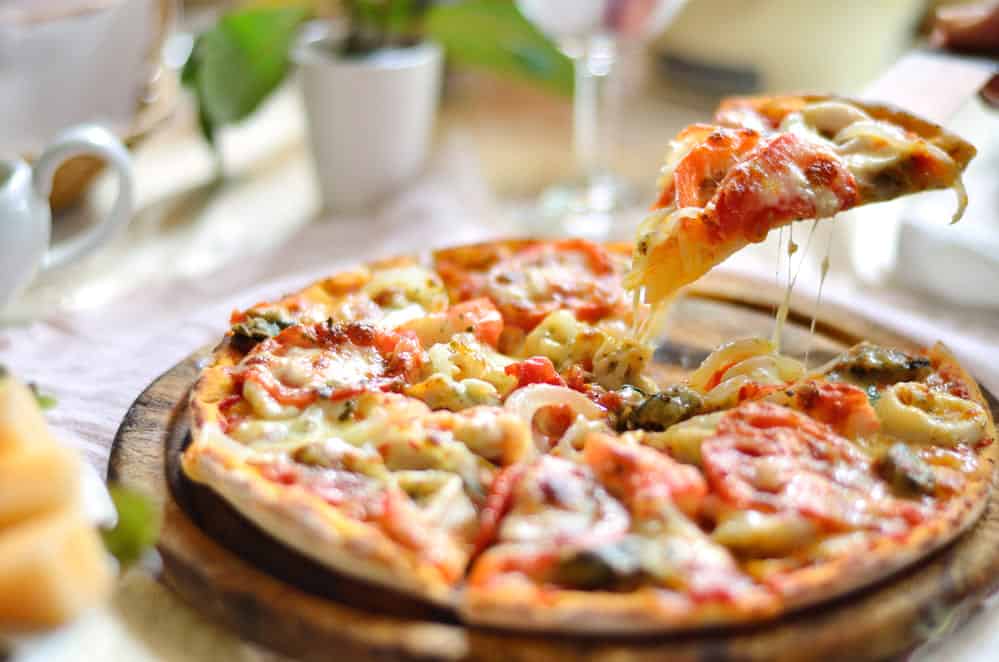 Italians do their food right because, along with pasta, pizza is also one of the most eaten food in the world!

The dish is so loved and popular that 13% of Americans eat pizza daily and consume 350 slices per second on average. That is 100 acres of pizza in a day!

Pizza was once known as “poor man’s food” due to its quick and easy preparations of throwing toppings on bread.

Today it is beloved and consumed by the whole world and as a treat for children. It will be a lie to say one’s face does not light up at the mention of having it for a meal. 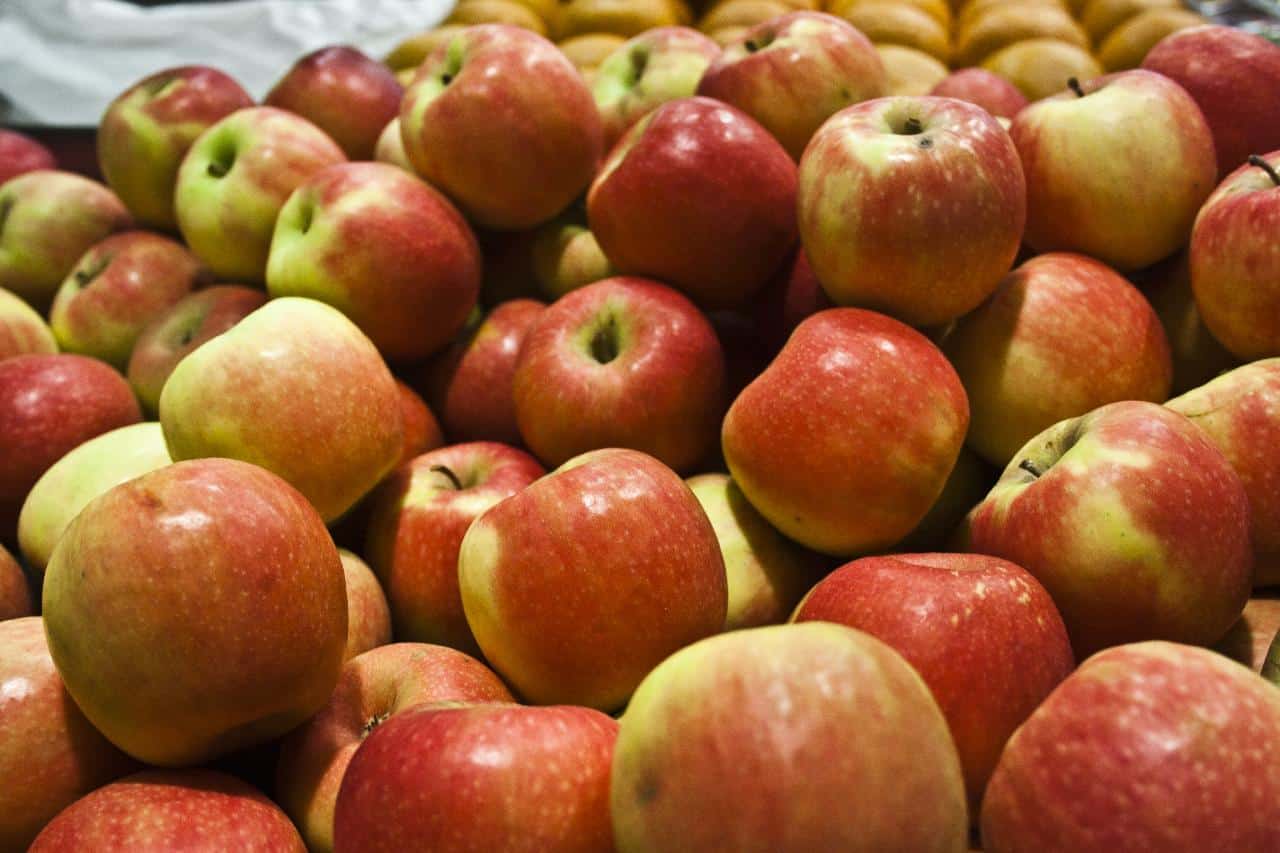 Apples are one of the world’s oldest cultivated fruits.

A significant number of 7500 varieties of apples are grown all around the world. And 100 varieties are grown commercially in the US. It is a popular snack due to its widely known health benefits because an apple a day keeps the doctor away.

It is highly nutritious, and eating them can lower the risk of chronic conditions like heart disease and cancer. They improve gut and brain health and even help in weight loss.

Since apples make up half of the world’s deciduous fruit tree production, they are one of the most consumed fruits in the world. Apples can be eaten as a healthy snack. Or can be made into treats, puddings, pies, and delicious sweets. 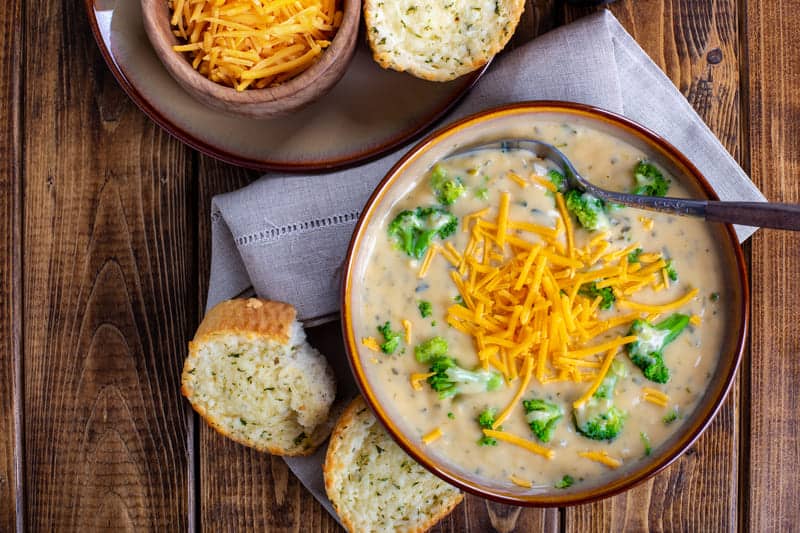 One of the most eaten food in the world is good, old soup. Being extremely easy to make, it can be found in its various forms around the globe including cold, broth, stew, goulash, and canned.

Since all you need is a few spices (at least salt), water, and some vegetables, it is something that even a poor man can comparatively make.

Americans eat over 10 billion bowls of soup each year and their favorite variety is chicken noodle soup. The great thing about soup is that when it is canned, nutrients are locked to be the same on the day as it was, even after a year.

With its high level of nutrition and water, it is the go-to remedy for general sickness, which is also why it is so popular around the world. 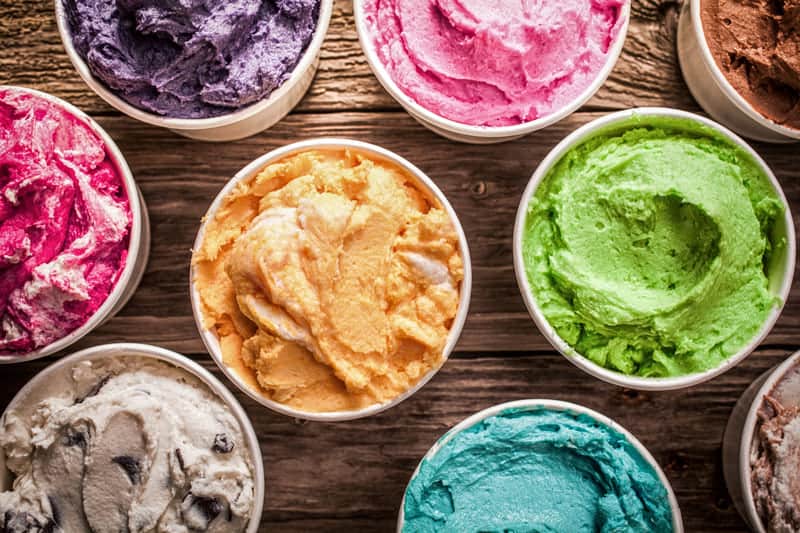 Ice cream is a popular dessert all over the globe and is loved by adults and children alike.

Being a sweet dish with many different flavors, the world’s annual ice cream consumption is estimated to be 15.4 billion liters, vanilla being the most popular!

With changing times, ice cream has developed at its pace as well. These days it comes in scoops, scones, rolled, and even fried!

The trend for natural flavors has also taken over, so you can even find avocado and garlic-flavored ice creams.

The frozen summer treat is said to be found in the fridges of 98% of American households at all times, so it is understandable why it is one of the most eaten food in the world. 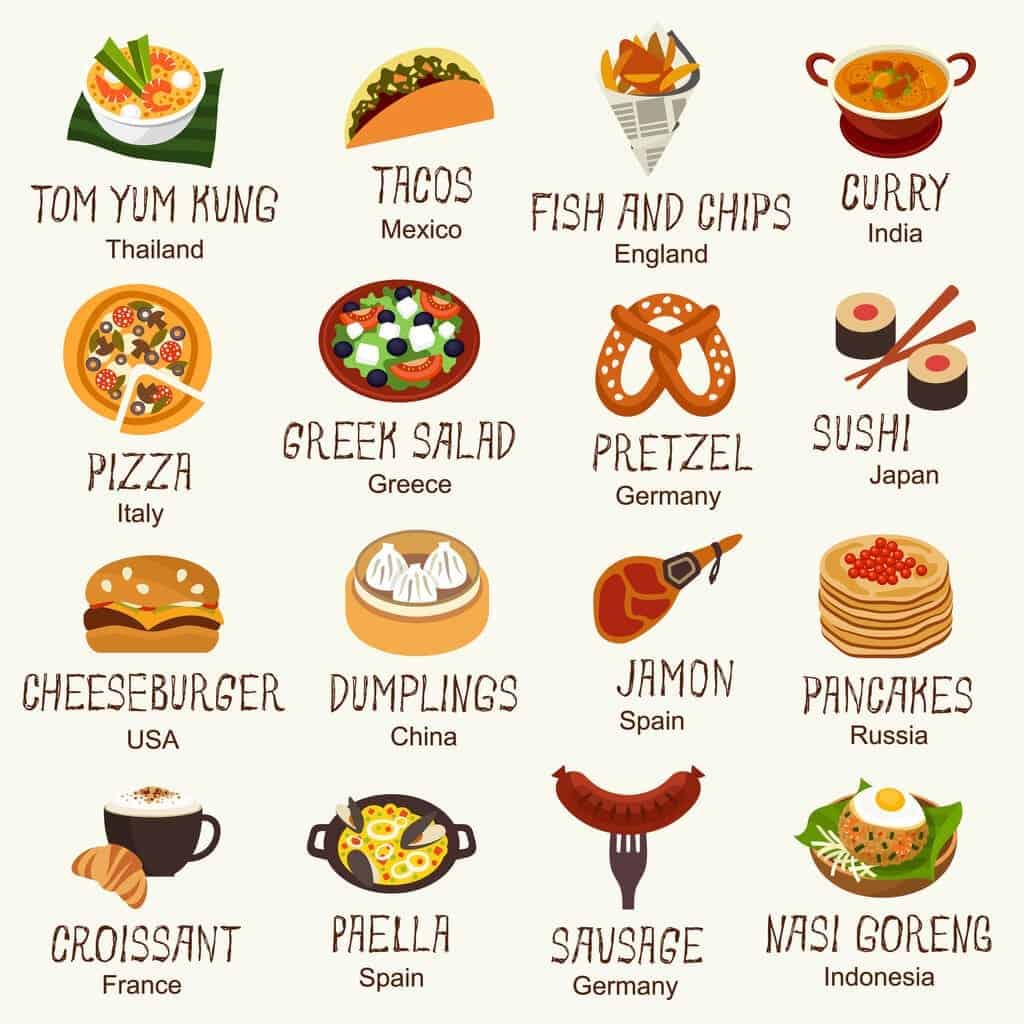 What is the Most Eaten Food in America?

According to market research site YouGov, the most eaten food in the US is a close tie between mashed potatoes and french fries. Both won over other food items with an 84% score.

Is Rice the Most Eaten Food in the World?

Rice is the most commonly eaten food around the world. More than 3.5 billion people in the world consume it as a staple dish. Especially in parts of Asia, Latin America, and Parts of South Africa.

If this list was surprising to you, an extra fun fact about food throughout the world is that Chinese food is the most globalized cuisine worldwide.

Make sure to respect cuisine outside of one’s own culture and allow yourself to have fun trying new things. Once you learn to love different food, traveling and experiencing things can become an amusing hobby to pursue! 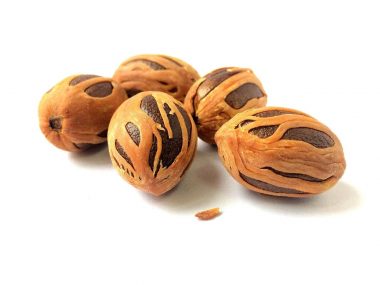 Read More
Nutmeg and mace originate from the same tree, known as the nutmeg tree. This tree is native to…
Read More 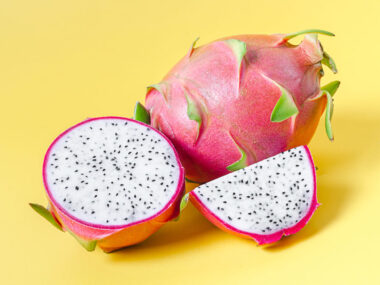