Mulberry vs Blackberry: What’s the Difference?

Today, fruits have become an integral part of many dishes. Some of the most common ones include berries like mulberry and blackberry.

However, many people confuse mulberry with blackberry and vice versa. I mean it’s almost unavoidable given their similar appearance and taste!

Yet, there are many differences between mulberry and blackberry.

The most common one is that mulberry grows on trees whereas blackberry grows from a bush. Moreover, blackberry has a slightly earthy taste compared to mulberry.

If you want to know more about the key differences between mulberry and blackberry in detail, read on! I’m sure you’ll come to know everything about them. 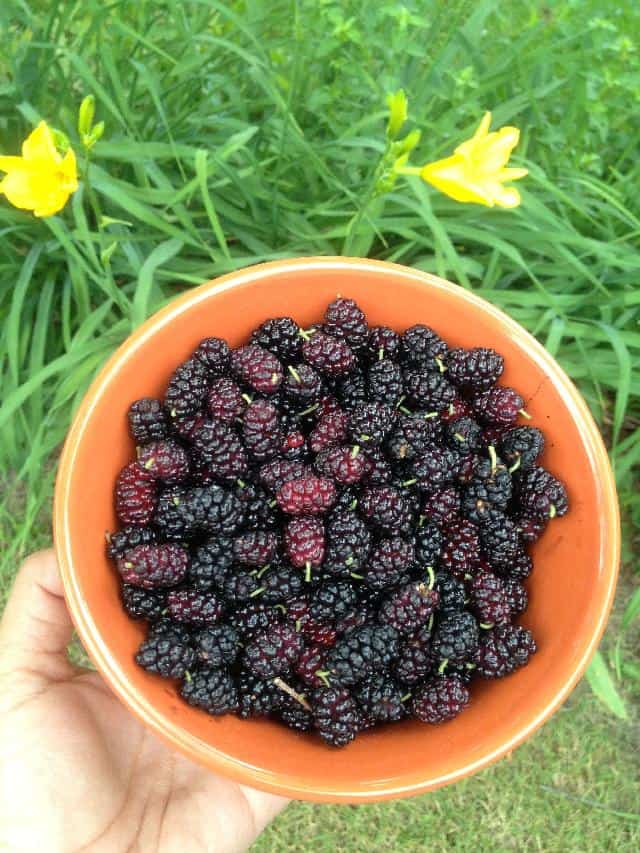 In the US, mulberry isn’t a very common type of fruit as it’s more commonly available in the Asian subcontinent. Hence, you may wonder if it’s edible and usable with dishes!

However, it is a very popular fruit in Asia. In reality, it is not actually a berry. It is a type of multiple or collective fruit. So, one flower doesn’t produce one berry but instead, many flowers fuse to give you a mulberry.

Mulberries are excellent with fruit salads, bakery products, and even acai bowls as well if you’re into healthy foods. 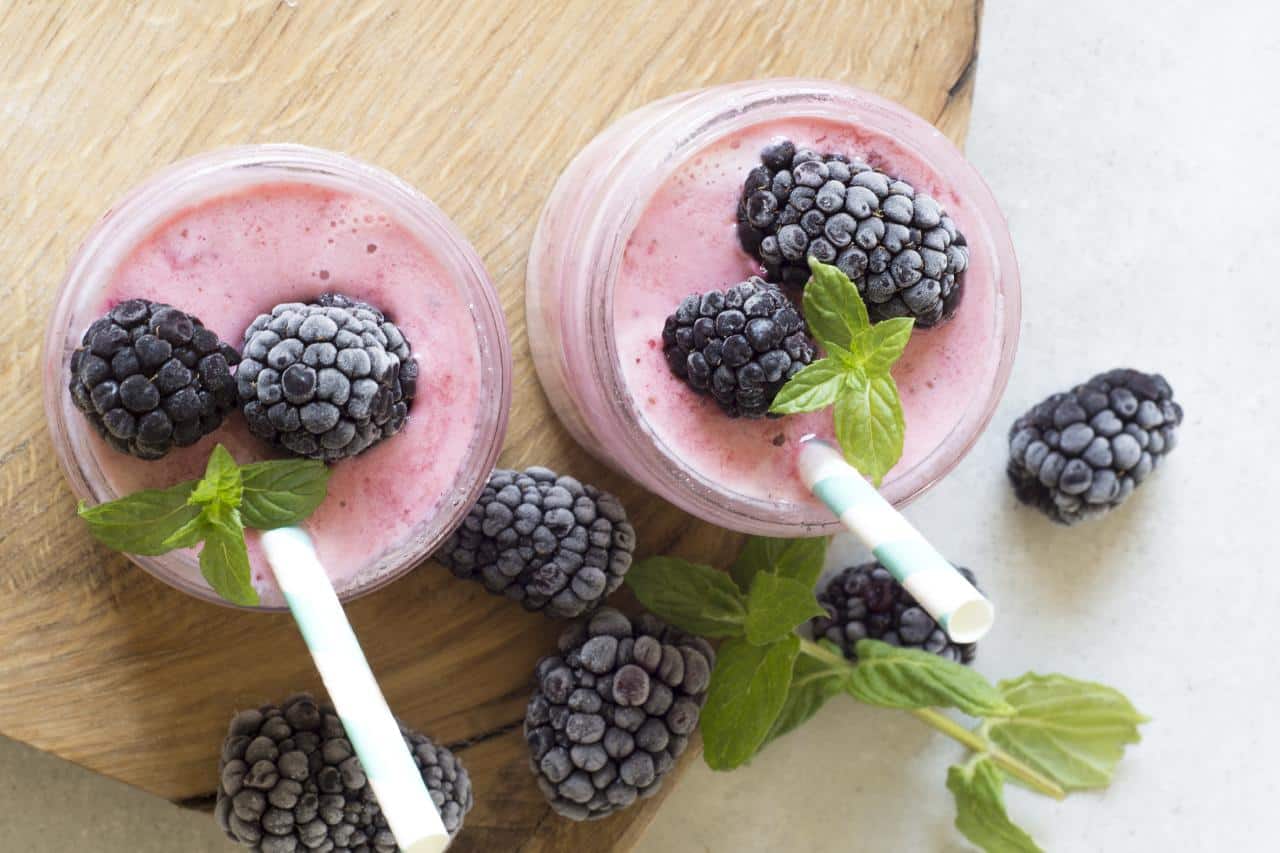 On the other hand, blackberries are quite common in the US because they’re mainly cultivated in North America and the surrounding regions.

So, you can easily find both fresh blackberries as well as frozen ones.

Just like mulberries, blackberries aren’t berries either. They are actually aggregate fruits. In this type, the carpels of one flower give rise to one blackberry.

You can make many delicious dishes and products with blackberries, such as jams, juices, bakery items, fruit salad, and many more.

Even though mulberry and blackberry seem similar with some regional differences, there are slight variations here and there. Check this quick comparison table to have a better idea.

Is Blackberry the Same as Mulberry?

No, blackberries aren’t the same as mulberry.

Moreover, many recipes call for berries, such as blackberry and mulberry. So, if you’re confused between them and how they affect your dish, read on to know the detailed differences.

One of the most main differences between blackberry and mulberry is where they grow.

Blackberries are native to North America and Europe. This explains why they’re so commonly available in the US.

On the other hand, mulberries are native to Asian countries. Hence, they are scarcely available in the US and even if they are, they’re slightly more expensive.

Blackberries grow from thorny bushes. These bushes have canes that sprawl on the soil. But after a few months, the canes become more upright and bear blackberries.

On the other hand, mulberries are one of the rarest berries to grow on trees. They usually grow on mid-to-large-sized trees, mainly in the Asian and African subcontinent.

Today, most mulberry trees are kept short for easy berry-picking. They are very popular but also banned in many places.

It’s not because of the mulberries but because these trees produce so many pollens. These pollens can affect the air quality of any region. There are fruitless mulberry tree varieties present too that are necessary for silkworm feeding.

Yet, there’s a slight difference in their overall flavors.

Blackberries have a tangy flavor when you first consume them. Later on, they’re super sweet and juicy. Apart from this, blackberries also possess earthy tones that aren’t present in mulberry.

On the other hand, mulberries are one of the sweetest berries. They’re both sweet and have a tart flavor too but their flavor is milder than blackberry so keep this in mind if you’re preparing anything.

If you look at both mulberry and blackberry from far, they’ll look pretty similar. But if you see them up close, the differences become more noticeable.

For instance, blackberries have a round shape.

They’re about ½ to 1 inch in diameter and 1 inch in length. These berries are usually dark purple or almost black in color.

On the other hand, mulberries have an oval shape. They’re also a bit longer than blackberries in length. These berries range from dark red to dark purple in color.

The mulberries may stain your hands when you’re eating or using them, unlike blackberries.

Both mulberries and blackberries have similar food applications due to their similar taste. You can use add them to many bakery products, fruit salads, jams, acai bowls, cereals, and many more other ways. The choice is yours!

But, I have found that mulberries have a more subtle and milder taste. Hence, they pair well with other fruits instead of being standalone.

If you’re preparing any food items with mulberries, you may have to add extra ingredients for enhancing the flavors.

Conversely, blackberries are very flavorful so they often don’t require any additional ingredients to bring out the taste.

Mulberries and blackberries are a storehouse of health benefits.

They’ve plenty of nutrients that can help you in the long run. For instance, blackberries have a lot of vitamins, including A and E. They’re also rich in fibers.

Can You Substitute Blackberries for Mulberries?

As mentioned earlier, mulberries aren’t as common as blackberries in the US. Thus, if the recipe calls for them, don’t worry!

Despite the differences, you can easily substitute blackberries for mulberries and use them in tarts, cheesecakes, muffins, fruit salads, etc. The taste almost remains the same.

Are mulberries sweeter than blackberries?

Why are mulberries not sold in stores?

It’s hard to find mulberries in US stores due to the below-mentioned reasons:

Hence, finding mulberries in stores is a rare phenomenon.

Mulberry is sweet and tart just like blackberry. Apart from that, it is also slightly sweeter and grassier than blackberry.

Yes, mulberries are quite expensive. You can get one pound for around $10 to $15. It’s because these berries aren’t readily available. They’re also hard to store and sell.

What is the shelf life of mulberries and blackberries?

Both mulberries and blackberries can only last for around two to three days. Hence, they’re extremely perishable.

Mulberries and blackberries are the yummiest and healthiest berries. They’re like the potato of the fruit kingdom as they can go with almost anything!

Be it bakery products or jams, they can add their unique flavor to it. So, I hope this article helped you understand the main differences between them now!

Read More
Beef tenderloin is one of the most tender and expensive parts of beef meat. You can cook it…
Read More 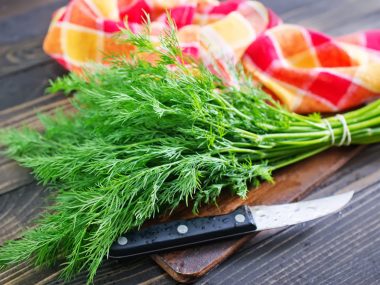 Read More
As soon as we hear dill, our brain creates an image of dill pickles and potato salads. However,…
Read More