Pasta vs Noodles: What’s The Difference?

If you ever ate pasta and noodles you most likely noticed that even if these two are fairly similar, there are also several differences that you want to be aware of in order to choose the right one.

Pasta and noodles are commonly used all over the world and they can be valuable ingredients in a wide range of dishes.

The main difference between pasta and noodles is the type of flour that they have. Pasta traditionally is made of durum flour. Noodles, on the other hand, can be made of almost any type of flour.

Let’s take a closer look at other key differences between these two ingredients.

Is There a Difference Between Pasta and Noodles?

Although pasta and noodles have many similarities between them, they are not the same type of food. The main differences between these two types of foods come from the ingredients and the shape that they have.

Traditionally, pasta is made from a special type of flour known under the name of durum semolina, water, and sometimes, eggs.

The durum wheat is coarser than standard wheat. It is a type of spring wheat that is cultivated primarily to make different kinds of pasta. And it is widely used in Italy but you can find durum pasta in other parts of the world as well.

Pasta is usually prepared by boiling or baking them along with other ingredients required in your recipe.

At the same time, noodles are made of milled flour, such as wheat or rice flour, water, and they can also contain eggs.

Noodles can be very versatile in terms of their ingredients, especially in Asian cuisine. So you will find them in a wide variety including instant noodles, noodles intended for boiling, and noodles used for stir-fries and other fried recipes.

The shape of both ingredients differs too. You can find all kinds of pasta from straight, to curved, spiral, ribbons, and many other shapes and levels of thickness.

As for noodles, they all have a straight shape and only differ in terms of thickness as some noodles are thinner than others.

Is Spaghetti a Noodle or Pasta?

Spaghetti can look like noodles due to its straight form, especially if you are using a thin type of spaghetti. However, it is important to note that spaghetti is not noodles. It is one of the most common types of pasta.

You can find spaghetti made of durum flour, mostly in Italy, or regular flour in other parts of the world. Also, this type of pasta can contain eggs or it can simply be made of water and flour.

Spaghettini is the thin version of spaghetti while spaghettoni is the thicker version. You can find all these types of spaghetti made with different ingredients in different corners of the world but the Italian recipe is the traditional one.

There are several differences between spaghetti and noodles. Among those, we note the fact that noodles come from China while spaghetti comes from Italy. Also, the cooking and serving of these two dishes differ significantly.

Noodles can be fried, boiled, served in soups, or along with veggies and meat. Spaghetti, on the other hand, will be boiled and served with toppings of your choice that can contain meat, veggies, and different types of sauces.

Why is Pasta Called Noodles?

As we mentioned before, there are significant similarities between pasta and noodles. So, the line between them is very grey.

Both noodles and pasta are primarily made of a type of flour and water. The fact that both dishes could also have many other ingredients such as veggie flavors, eggs, or something else are only varieties of the same type of food according to the country that makes them.

You will notice that noodles and pasta are similar, especially if you pick them in the same shape and similar thickness. This aspect can make them easy to confuse too.

However, once you learn about the differences between noodles and pasta, you will know how to clearly distinguish them!

Can I Use Noodles as Pasta?

It could happen that you don’t have pasta in your kitchen but you have noodles. If that is the case, rest assured that you have room to get creative with these two ingredients.

You can successfully substitute pasta with noodles in most of your recipes. And you might even learn to prefer them this way. However, is not recommended to use pasta instead of noodles in soups or other liquid dishes.

The reason for this is the fact that your pasta is made to absorb more water than noodles and you can end up overcooking them.

If you replace noodles with pasta in a soup, you will likely notice that the texture of the pasta becomes mushier and less firm the more you keep it inside the soup.

Difference Between Egg Noodles and Pasta

Egg noodles are the most similar to pasta due to their yellow color which can make them easy to pass by as a type of pasta.

However, they differ in shape which is also easy to notice. You will see that egg noodles come in a flatter and thinner shape than any type of pasta.

Also, egg noodles come from China while pasta comes from Arabia and later on, Italy.

Another important difference is that you can find varieties of pasta that contain vegetable flavors which is not common when it comes to egg noodles.

Even if noodles and pasta are not the same, you can use them as you prefer thanks to their many similarities. So, let your imagination free in the kitchen and you might discover original recipes that will be the delight of your friends and family! 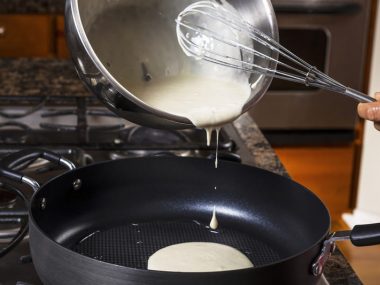 Read More
What to say about the pancakes, those soft and fluffy snacks that everybody loves. They can be sweet…
Read More 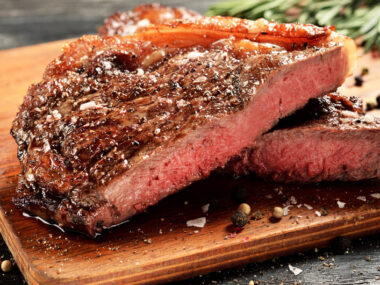