Trivia for those who are new to pernod: it’s actually a famous drink from France, with an anise and licorice flavor that is often used for cooking seafood dishes. Ever wondered why French seafood dishes are absolutely divine? Due to its unique flavor and characteristics, pernod has the ability to get rid of the seafood’s fishy odor.

If you’re trying out one of the French seafood recipes that call for pernod but you don’t have it in your cupboard, there’s another way.

Here’s how you can substitute pernod: 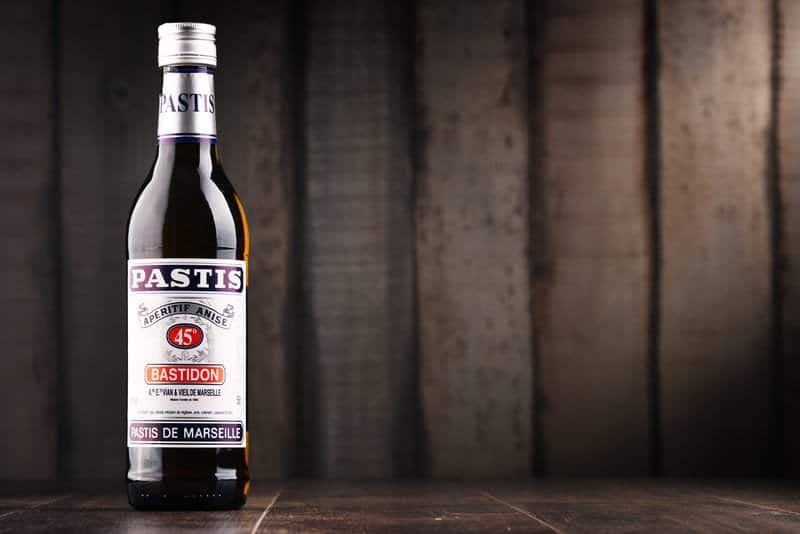 Pastis is another type of French liquor that is also flavored with anise. It comes from the same company that manufactures pernod — no wonder this is the best substitute for pernod! Pastis has a high alcohol content (40-45%) but when cooked in a dish, the alcohol content reduces significantly.

Add a few drops of pastis to your seafood paella or seafood pasta for that distinctive taste and aroma. Although the alcohol will eventually evaporate during cooking, due to its high levels of alcohol content as a drink, it may be banned in some countries. You should check your local legislation before purchasing, to prevent yourself from getting in trouble.

The cousin of pernod and pastis, absinthe is another controversial European liquor. It’s also flavored with anise but also with a mixture of artemisia absinthium flowers and leaves, sweet fennel, and other types of herbs. These leafy, medicinal ingredients explain why the liquor is green.

Some European countries are still using this liquor as an ingredient for traditional dishes. It’s one of the best substitutes for pernod and using just a teaspoon or two of absinthe is excellent — especially when preparing oysters, escargot and even cheeses. However, due to its strong alcohol content, some countries ban this liquor as well. 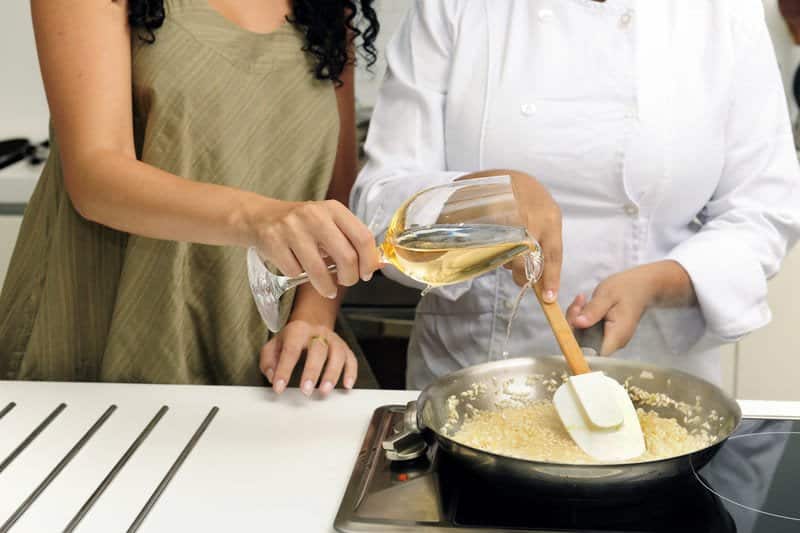 White wine is your safest bet and is also a key component in French cuisine. Risottos, pasta, quiches, seafood, and even desserts make use of white wine for that extra punch of sour-sweet aroma and taste. It’s best to add at least two teaspoons when cooking seafoods, or one teaspoon of white wine for pasta or risottos.

You can pick from dry, smooth or sweet wine. The stronger the white wine, the more acid it brings to the food. Its acid creates an effect that gets rid of the funky smell of game meat and seafood. Not only is white wine perfect for casual drinking but it’s also a good ingredient for cooking.

Whiskey might be a surprise to some but yes, you can add it as an ingredient to your cooking. It is a strong booze — similar to pernod — but whiskey has a unique flavor, especially when aged for a long time.

In Europe and Russia, whiskey is widely used with red meats, especially when they are being slow-cooked. But it can also be used for seafood due to its distinct flavor and aroma.

A drop or two of whiskey adds an extra aroma and sweet but smoky flavor to the dish. You may add the liquor at the beginning, letting the alcohol evaporate but leaving its flavor and aroma. But if you prefer to taste the alcohol, you can add it towards the end of the cooking time instead.

Just like whiskey, vodka might be an unexpected addition to this list. Although it’s a popular drink for some, vodka is also an excellent ingredient for seafood sauces. Vodka might be an expensive alternative to pernod — but you can find cheaper, more affordable brands in the market to save a few bucks.

Vodka actually has a sweet taste and aroma, which is perfect for shrimp, fish, and scallops. Add a teaspoon of vodka to the sauce, together with other herbs and spices to boost the flavor of the dish and also get rid of the funkiness of the seafood or meat. In some parts of Italy, they even use a few drops in their pasta dishes.

If you’re looking for a non-alcoholic substitute for pernod, look no further than lemon juice — it’s probably already in your fridge. Lemon has long been known as a perfect ingredient for desserts, savory dishes, marinades, and drinks. This power-fruit is also packed with Vitamin C, so you may want to choose this option instead of the alcoholic alternatives.

Substituting pernod with lemon might not offer that anise and liquorice flavor, however with just one squeeze it has the ability to fight off the funky smell of the food and also brings a sour-sweet flavor.

The difference might be noticeable but it’s a perfect non-alcoholic substitute, especially if you’re not allowed to take any alcohol. Also, it’s cheap and readily available in any grocery shop.

Although it would be nice to practice cooking your favorite French dishes at home, there might be some ingredients that are not available where you live. Take pernod, for example. This is one of the key ingredients for seafood dishes. But it doesn’t mean that you can’t recreate those dishes at home without it.

With the list we have provided above, you can rest assured that your French dishes will be close to the authentic ones, especially if you use the alcohol substitutes. I highly recommend using white wine for cooking as it has worked for me for a long time now. It’s an easy drink to experiment with in a variety of dishes, without having to worry about the taste and its effect on the dish.

But whatever your choice is, make sure it’s what’s right for you. If you can take alcohol, then go ahead. If not, you may want to consider using non-alcoholic substitutes instead. 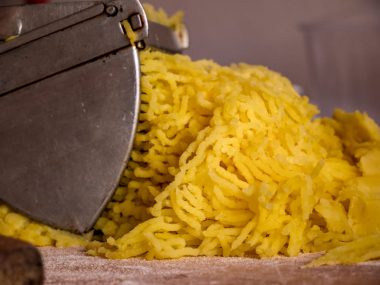 Read More
If you are missing a potato ricer but you are looking forward to making some delicious mashed potatoes,…
Read More 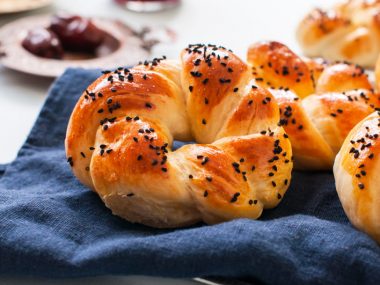 Read More
Nigella seeds are one of the oldest spices known to be used, yet they aren’t so popular nowadays.…
Read More