Pork meat has become a staple food for some of us. Who doesn’t like that fatty, meaty, and juicy taste that stirs our taste buds? Whether it’s cooked as a stew, steak, or grilled, it just works perfectly.

However, we’re still confused at times on picking which type of pork cut we should use for certain pork dishes. The two most common pork cuts are pork shoulder and pork loin. So which is better? That will depend on what type of dish and how you’re going to cook it.

In this article, let’s find out how these two vary from each other and we’ll do our pick by the end of this article.

Which Cut is More Expensive?

In general, when raising livestock, hogs are cheaper to maintain than cows. That’s the main reason why in the grocery stores pork meat is more affordable than beef.

Whichever you pick, none of it will break a wallet.

Which One Takes Longer To Cook?

Pork Shoulder is tough meat to cook. To enjoy its flavors and get the perfect results, it must be cooked slowly with the right temperature. Cooking it too soon may result in a hard chewy texture and less flavorful piece of meat.

It’s also recommended to cut it into smaller parts so it will cook faster especially if you have no time. If you have a pressure cooker, it will come in handy for the pork shoulder.

Pork Loin can be tricky to cook since it’s less tough compared to pork shoulder. Be careful to not overcook the meat or it will dry out and lose its flavor. Ideally, pork loin must be cook for only 10 minutes in the oven with a temperature of 400 degrees Fahrenheit.

Can You Substitute Both Cuts from One Another?

That’s a hard NO. You can’t substitute it from one another since both of them are completely different from each other. The texture, flavor, and the way it needs to be cooked will have different results. 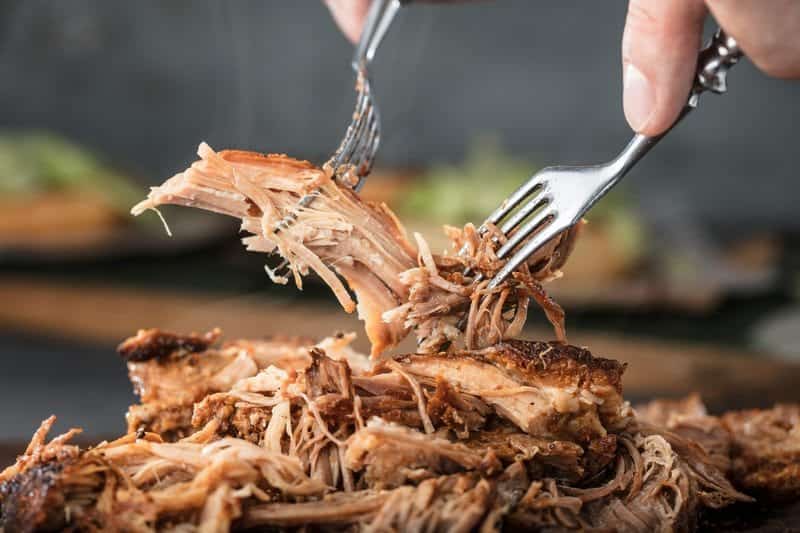 It’s always best to use pork shoulder for this one. Through the years, pork shoulder meat has been used for making pulled pork. When trying to make it with other meat cuts, it just doesn’t give the same results.

Pork shoulder tastes more flavorful and tender especially when cooked slowly. All the fats and juices from the marinade and seasonings will be absorbed by the meat which results in a tender and juicy bite.

Both actually work well when roasted. Just take note of the differences in the cooking time and temperature. Pork shoulder will cook longer than pork loin.

So if you’re expecting guests for dinner and have no time to prepare, I would suggest going for pork loin instead of pork shoulder.

Steaks are generally tender, juicy, and should melt in your mouth before chewing it. Without being said, pork shoulder won’t make a cut. It could get overcooked or too dry if cooked as a steak.

The best option would be pork loin. The pork loin should be cooked in the skillet for 8-10 minutes on each side with a temperature of 145 degrees F. If done properly, you can expect a juicy and well-cooked pork steak.

Which One’s Better – My Personal Pick

I love my pulled pork, especially for sandwiches and summer barbecue parties. It tastes really good and it always reminds me of my childhood memories.

It’s just that pulled pork is meticulous to cook and takes longer, too. Pork shoulder is special meat to be cooked on special occasions. It needs patience and dedication to make sure that it will only produce desirable results.

So since I’m an on-the-go person, I would always go for a time-friendly option which is the pork loin. It’s not too hard to cook and it goes well with other vegetables.

Cooking time is also not an issue, so even if I cook it for dinner every night, it still won’t take so much of my time. I’m a fan of steak over wine so pork loin is always a good staple in the fridge.

But overall, both pork cuts are tasty and worth eating in their own right. It’s up to you now on which to choose on your next dinner night. 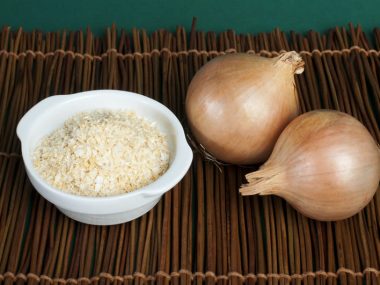 Read More
Onion powder and onion salt are the must-have mixes for seasoning in your kitchen. They are not only…
Read More 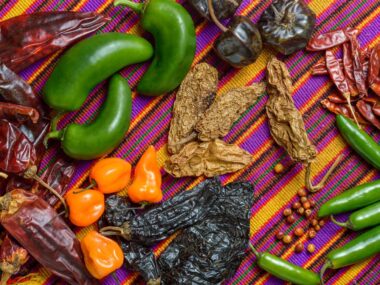 Read More
Many spices in our world have a unique taste and offer a spectacular flavor to any dish. Two…
Read More