There are many types of ham on the market but prosciutto and serrano are some of the most popular ones that you will find.

You might also find it easy to confuse these two types of ham. However, after you read this guide you will not have any trouble identifying them. If you tasted both serrano ham and prosciutto, you most likely found it hard to tell the difference.

However, prosciutto has a more herbal taste and is sweeter than serrano. Also, serrano ham is cured for up to 24 months while prosciutto is only for a maximum of 12 months.

Let’s learn more about these two types of ham.

Can I Substitute Serrano Ham for Prosciutto?

Serrano ham is also known as Jamon Serrano and it is a Spanish type of ham that can be used instead of the famous, Italian, prosciutto successfully.

Both Serrano ham and prosciutto look similar and the taste is not much different either. You can replace prosciutto with serrano ham in any type of sandwich and salad. Some use serrano ham on a pizza and as a topping, and the result is just as delicious.

You will find serrano ham in most stores. It comes at a similar price with prosciutto. This ham, however, is more popular in Spain and Europe so you might struggle to find it as a substitute for prosciutto in other areas. 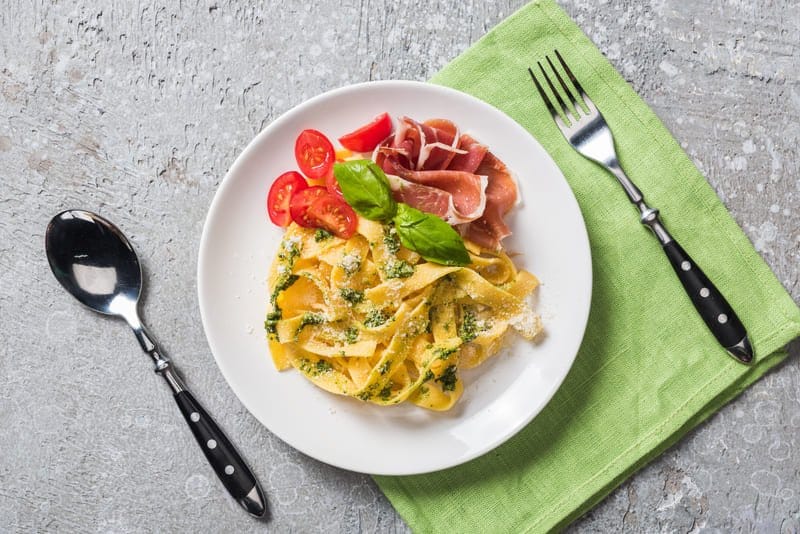 What is Better Serrano Ham or Prosciutto?

When it comes to what type of ham is better, personal preference plays a major role.

You might prefer the prosciutto due to its sweeter, herbal flavor but you could also love the salty, dry taste of the serrano ham.

The color, however, shouldn’t influence the choice much considering that both types of ham come in different shades of red and they will look similar when added to your dish.

On the other hand, prosciutto comes in different recipes and you can find types of this ham that are saltier or more herbal. These variations will most likely have an impact on your choice.

If you plan to eat your ham raw or in a cold dish, which is the way these types of ham are made to be eaten, the taste will matter a lot more than if you want to fry it or bake it.

Also, if you want to consider the health aspect, you have to know that both serrano ham and prosciutto come with similar labels. Both are high in protein and salt and the amount of fat is law but it varies according to the recipe that was followed.

Why is Serrano Ham Illegal?

As we mentioned, serrano ham will be difficult to find in certain parts of the world, especially in the US. In the USE, the import of this type of food was banned.

This is due to the African swine fever that is believed to have infected a series of domestic pigs in Spain.

However, this ban is not covering all types of serrano ham or other types of ham coming from Spain. Therefore, you will still be able to find different varieties at markets that are authorized to sell such meat products.

Is Parma Ham the Same as Serrano Ham?

Even if there is a common confusion in supermarkets and restaurants regarding serrano ham and parma ham, it is important to know that these two types of ham are not the same, although they can be very similar.

Parma ham is a variety of prosciutto closer to bacon in taste and texture. It is sweeter than serrano ham and lighter in color as well.

Compared to serrano ham, parma ham is softer and more watery which can also represent a big difference when you choose between these two types of ham.

Depending on the market you buy your ham from, you will find that serrano ham tends to be more expensive than prosciutto.

The cost will vary according to how long the serrano ham was cured and what type of prosciutto you compare it with. Note that serrano ham is made of a certain type of white pig.

So, it is not just any type of pig-like prosciutto, and the original kind is produced in limited parts of Spain and Portugal.

Serrano ham and pancetta often compete for the consumers’ preferences but these two types of cured meat are not the same.

You will notice that pancetta has more fat than serrano ham. It is also saltier and usually, there are different herbs and spices that are added to the salt to get this ham which gives it a richer flavor.

At the same time, pancetta is cured for about 3 weeks and aired for a month, while Serrano ham is cured for much longer and is never smoked or aired.

Serrano ham and Iberico ham are popular Spanish cured meats. And they are often used interchangeably. These types of ham are cured and seasoned in similar ways. However, the raw ingredient which is the type of meat used to make them will differ.

Serrano ham is made of landrace white pig while Iberico ham comes from Iberico pigs. But the different types of meat will not alter the final taste of each ham much which is why it is fairly easy to confuse these two cured types of meat.

If you want to pick between Serrano ham and prosciutto ham, it is important to try them both so you are familiar with their taste and texture.

Keep in mind that prosciutto can come in a wide variety. And some types of this ham could be more similar to serrano ham than others.

Overall, there is no reason why you shouldn’t be successful if you use these two cured types of meat interchangeably. 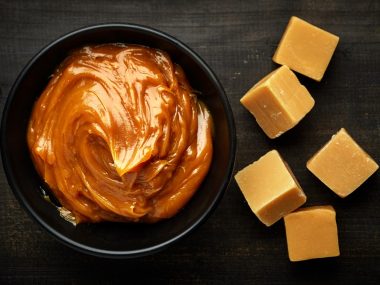 Read More
Caramel! Soft, thick, viscous! If you love everything creamy and caramel, like me, then you should know: it’s…
Read More 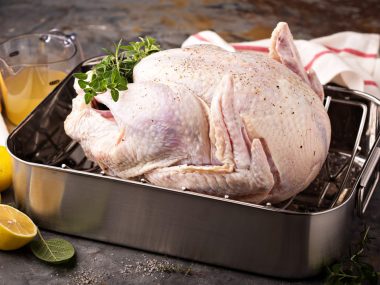 Read More
The secret of any great turkey recipe is in the details. And one of the most important details…
Read More