A traditional pork sausage from Spain which is used in many ways in their cuisine is the Spanish Chorizo. This is a cured pork sausage in which smoked paprika is added for extra flavor.

Spanish Chorizo can be mild or spicy. The texture can also vary, meaning it can be either soft or semi-dried. In the mixture of expert chopped pork, there is pork fat and seasonings like garlic, salt, pimento, and smoked paprika. It is usually sliced and cooked before eating.

Typically, the slices can be added for additional flavors in paella, soups, stews, and many more recipes. Further, if you don’t have any and it’s hard for you to find, you probably are looking for a replacement.

Read below and find out more about each of these substitutes will fit perfectly in your cooking.

Since Spanish Chorizo is a specific type of sausage which is made of pork and has a distinctive point of smokiness, it may be a bit harder to replace it.

However, we have gathered here the best alternatives which will be perfect for the recipes that call for Spanish Chorizo. Most of the substitutes below are made from pork which is similar to the chorizo, but for additional hotness, you can always add paprika.

Make sure to use proper amounts when replacing. Adjust based on the other ingredients used in your cooking.

Something similar to the Spanish Chorizo but with a slightly stronger taste is the Mexican Chorizo. This is one of the first alternatives that you can use in your cooking.

The Mexican chorizo is made with vinegar and chile peppers. It’s a bit hotter than the Spanish one. It is not sliced before cooking, but it can still be used in most of the recipes instead of the Spanish Chorizo. You can add Spanish smoked paprika so you can come close to the taste of the Spanish chorizo. 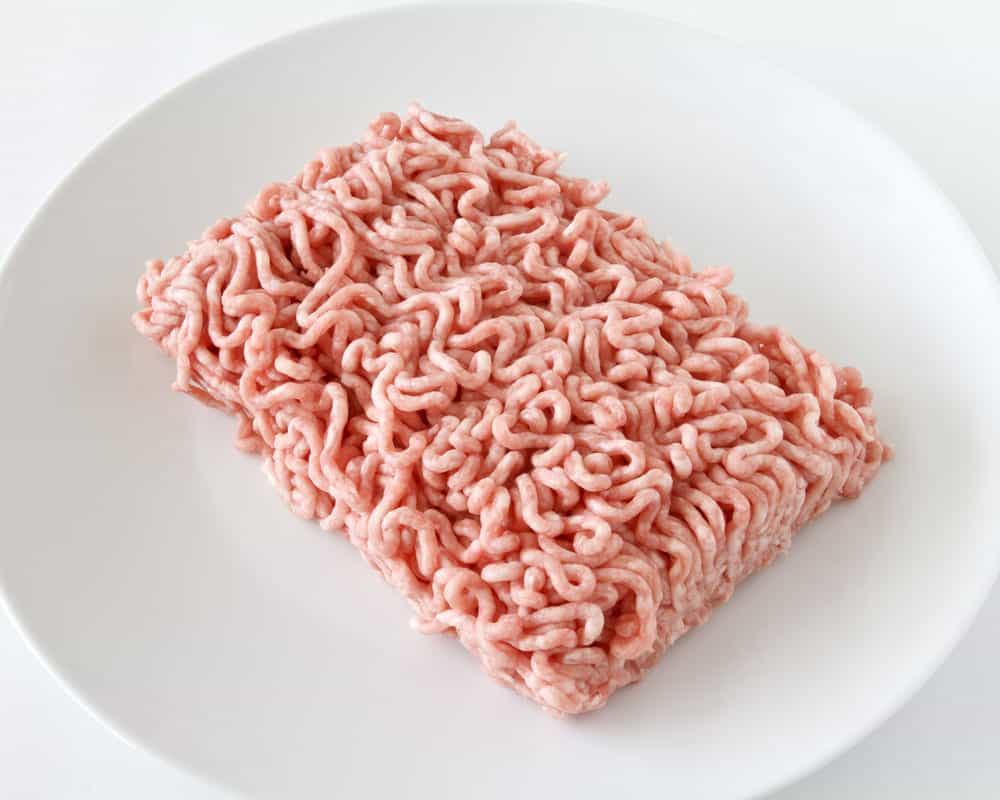 Since ground pork is part of the Spanish Chorizo, you can use it as a substitute. You can add an additional 3 to 4 teaspoons of paprika to resemble the taste.

This is the quickest and easiest option that you can use when you don’t have Spanish Chorizo. Even though the texture may not be the same, you’ll still get the smokey flavors that the Spanish Chorizo provides. You can also add chili peppers to increase the smokiness. 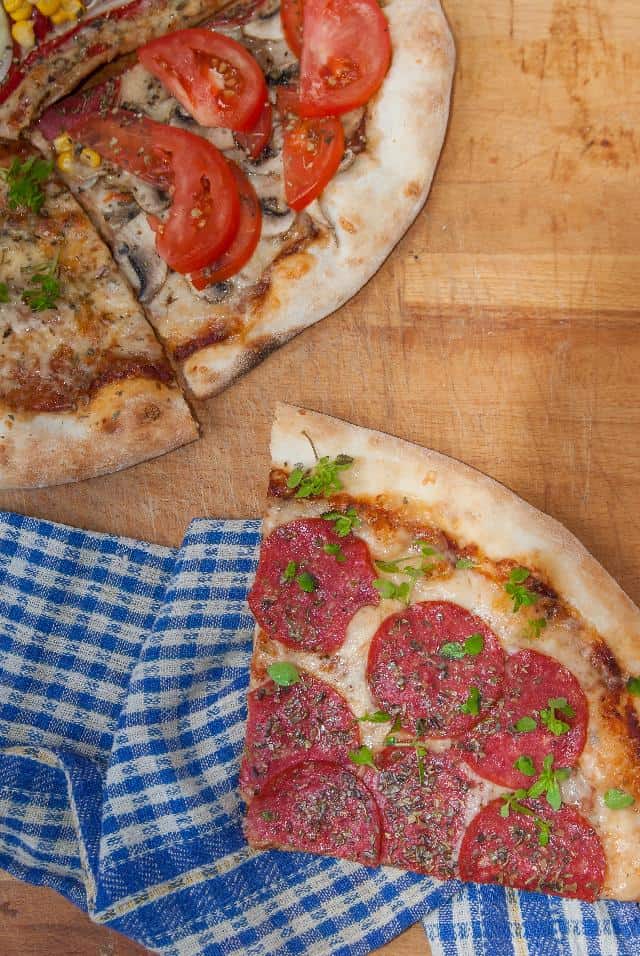 Another alternative to Spanish chorizo in your recipes will be Pepperoni. They are similar and both are seasoned with paprika.

Keep in mind that pepperoni has chili peppers and it is spicier. Also, it is a dried product, so the texture might be different. You can use equal amounts when replacing in your cooking.

Another spicy option that can be good to replace the Spanish chorizo is the Linguica. This is spicier than the chorizo and comes from Portugal. It is made with onions, garlic, and paprika which is similar to the texture and flavors of the Spanish chorizo.

However, because of the spiciness, you need to reduce the amount you use in your cooking to replace the Spanish Chorizo. Also, make sure that you cook the Linguica before eating. 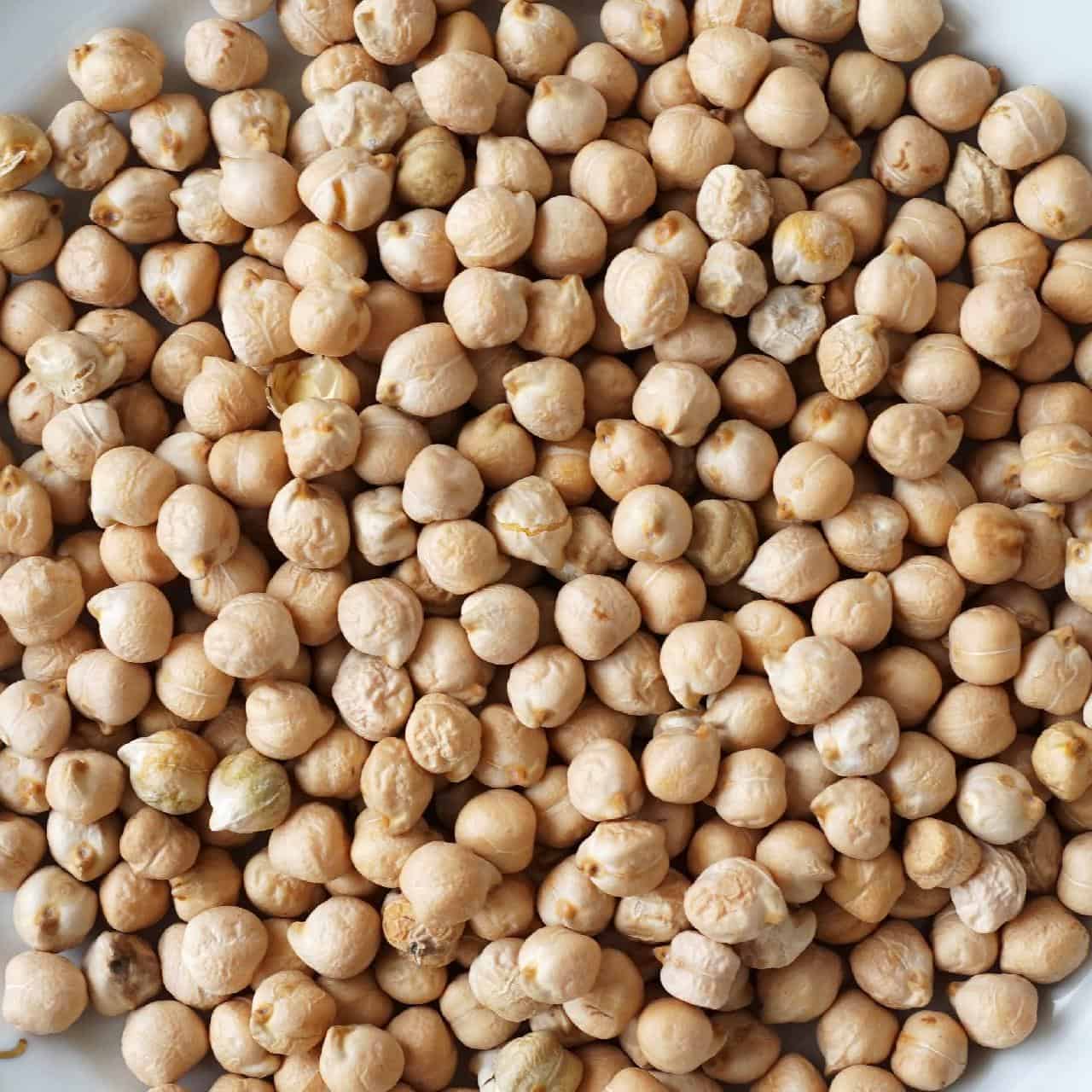 This is a vegetarian alternative that can be good to replace Spanish Chorizo. That is if you use chickpeas. You can use drained canned or you can cook them at home.

To get a closer taste to that of Spanish Chorizo, you can add smoked paprika. Also, grilled red peppers will add extra flavor and will be perfect to get closer to the Spanish chorizo.

Another sausage that consists of ground pork and seasoned very similarly to the Spanish Chorizo is the Andouille. This is a good substitute, which is actually larger than the traditional sausages and is used in Cajun or in beans.

It has a very distinctive taste with a smokey and sharp taste. It is very unique and is hard to replace. Use in most of the recipes that call for Spanish Chorizo. But decrease the amount based on the taste and smokiness you enjoy. 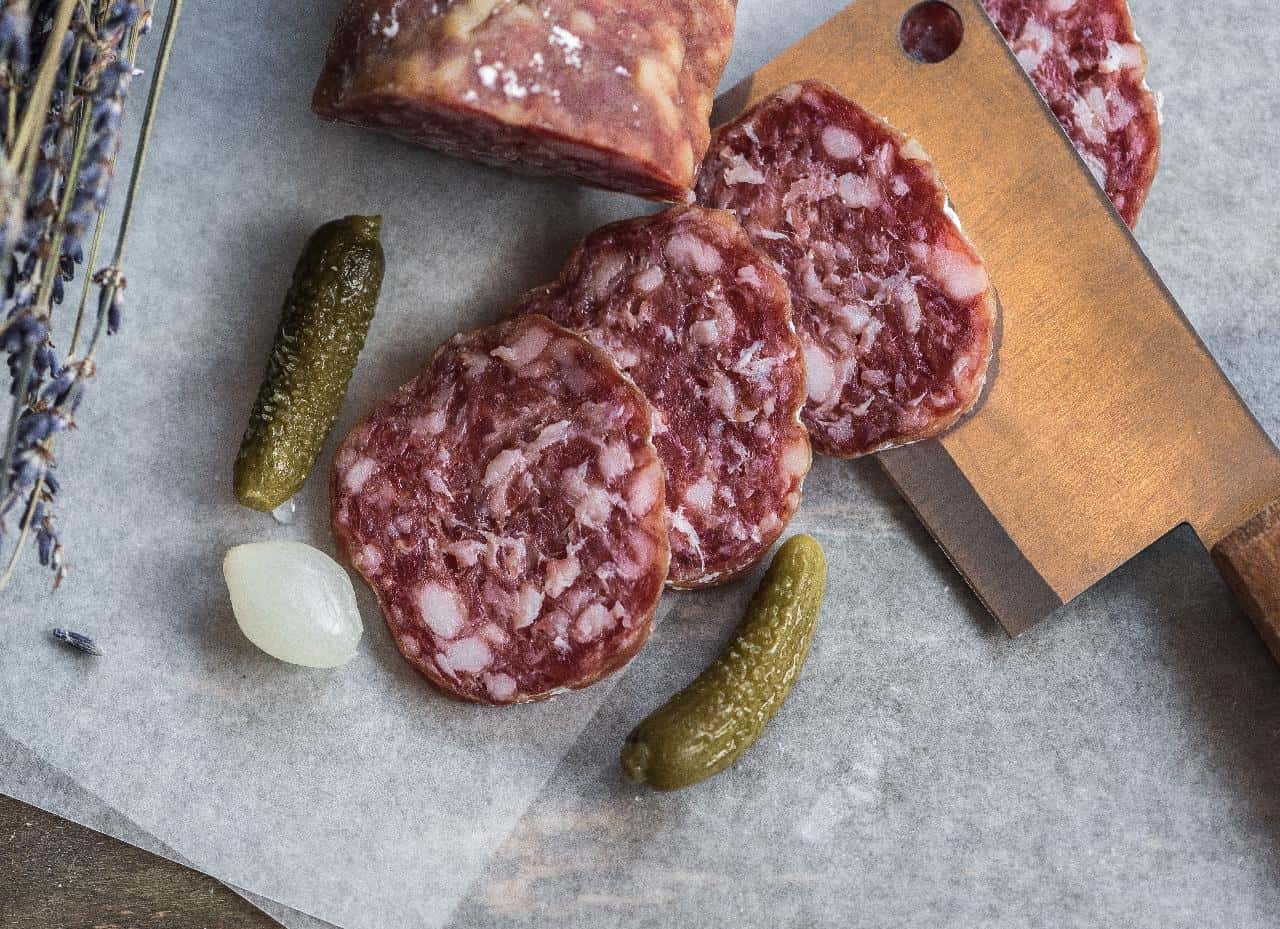 A common and easily found type of sausage is Salami. This is yet another way to replace Spanish Chorizo. Since the taste of salami may vary due to the many types, you can always add paprika to imitate the smokey taste of the Spanish Chorizo. This is one of the best options even if you don’t enjoy spicy sausages. 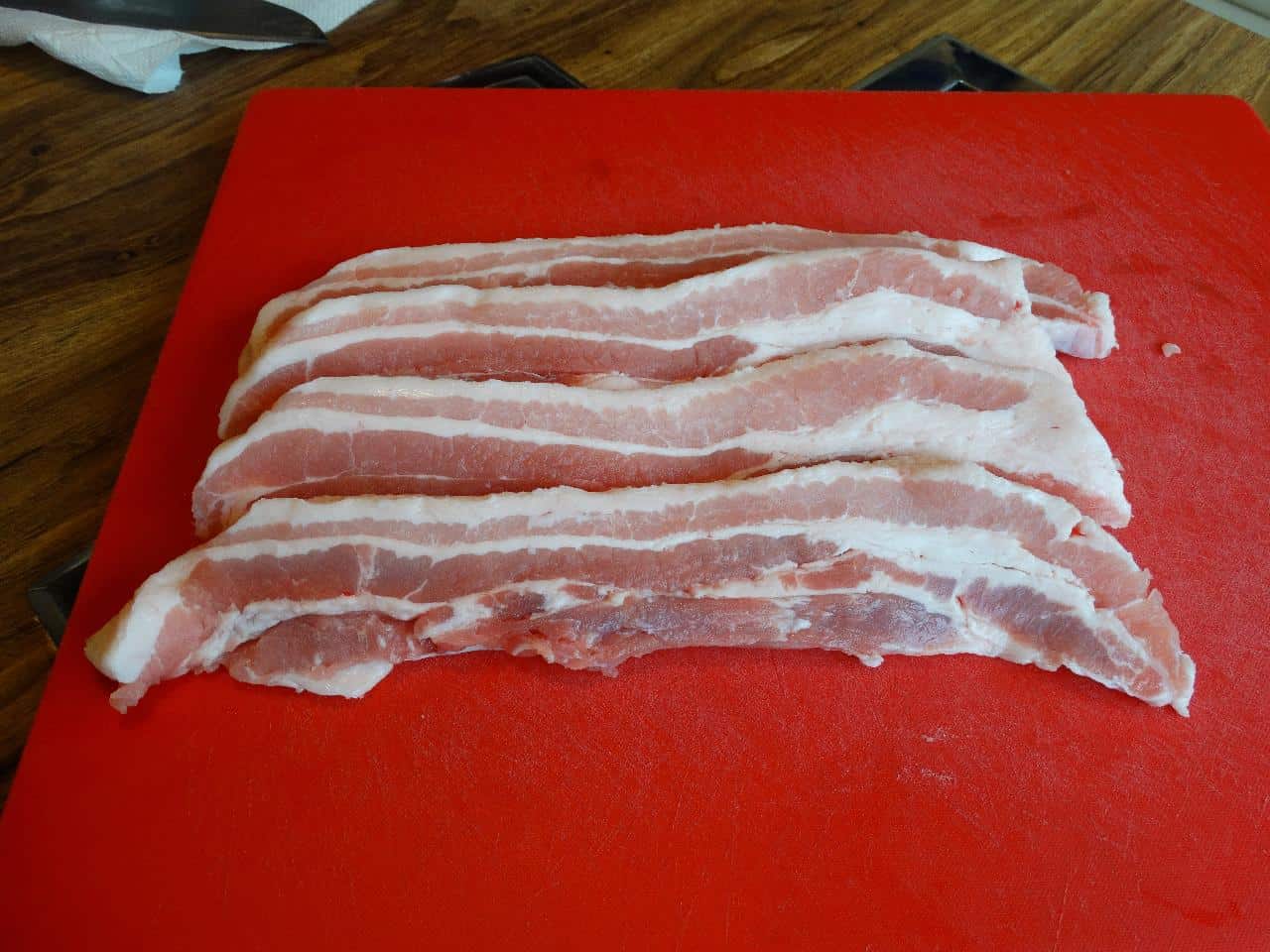 If you are having a hard time deciding which type of sausage to use instead of Spanish Chorizo, you can always add Bacon. This way you’ll have the pork flavor of the Spanish Chorizo and you can add extra smoked paprika just to complete the taste.

This way you’ll imitate the taste and have similar results. Keep in mind that you need to cook the bacon well before adding it to your recipe.

There are smoked types of Kielbasa and some which are very close to the flavor of the Spanish Chorizo. You can use this replacement in most recipes and you can add equal amounts.

Since there are many types of sausages, you can practically use most of them. But you have to keep in mind the taste and the way they are made.

You can use both soft and dried sausages. However, you need to keep in mind the amount of time they need to be cooked before using them in your recipe.

If you need to get close to the smokey point of the Spanish Chorizo just add a teaspoon of dried paprika. Adjust the heat with fresh or dried chili peppers as well.

Can I substitute andouille for chorizo?

You can use andouille for chorizo. However, keep in mind that there might be differences in the texture and the taste since they are different from each other.

Can I use pepperoni instead of chorizo?

Pepperoni is not as complex as chorizo, but they make a great substitute. They have similarities in the structure and making process. Use in most of the recipes as a replacement.

Can I substitute bacon for chorizo?

You can use bacon instead of Spanish chorizo. To get close to the taste of the Spanish Chorizo you can add 1 teaspoon of smoked paprika when you use bacon.

What is a vegetarian alternative to chorizo?

You can use textured vegetable protein which is made of soy flour and oil extracts.

You can do the swap and make a vegetarian chorizo sausage with rehydrated soya protein, red pepper, smoked paprika, and tomato puree which will provide the taste of the Spanish Chorizo. 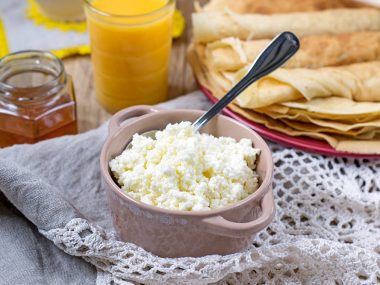 Read More
Cheese is something that most of us cannot resist. Either as a topping, in salads, side dishes, as…
Read More 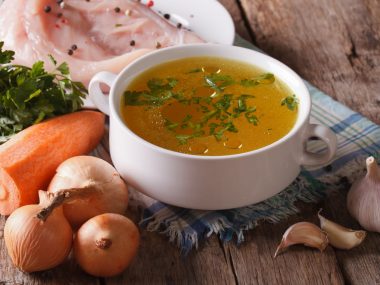