Cranberries are a type of berry that has a darker red hue which reminds us of Holiday times in the US. That’s because it’s widely grown over there and harvest time is perfectly timed around the holiday season. That explains the abundance of cranberry sauce during Thanksgiving.

It’s not only good for sauces but also for baked dishes. If it so happens that you don’t have this mighty fruit, no worries.

You can substitute Cranberries with apricot, apples, cherries, raspberries, blueberries, and currant.

Let me show you how to do the substitution and which recipes work well with it. 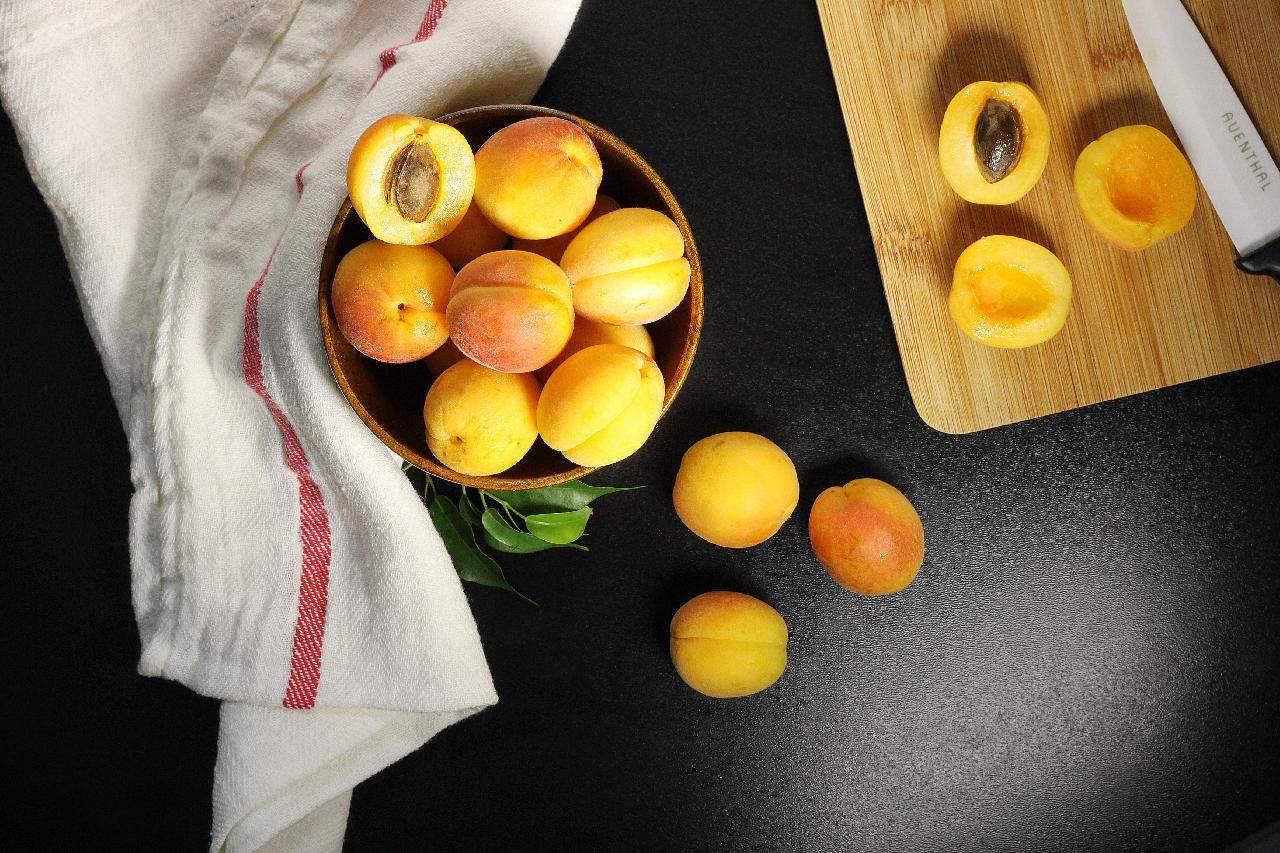 Apricots are sometimes mistaken in the store as peaches. Well, we can’t help but be confused because of how identical both would look like. When in doubt, always read the label first just to be sure. Apricots are perfect for substituting cranberries because of their soft and sweet flesh. Although they can get different in color, the taste is at par from each other.

When making pies and dessert fillings, take advantage of apricot. We know how cranberries are perfect as a dessert filling, but apricots can also do the job. Substitute a cup of cranberries to a cup of mashed apricots and stew it to make a jelly filling. You don’t even have to add a lot of sugar because it tastes incredibly sweet on its own. 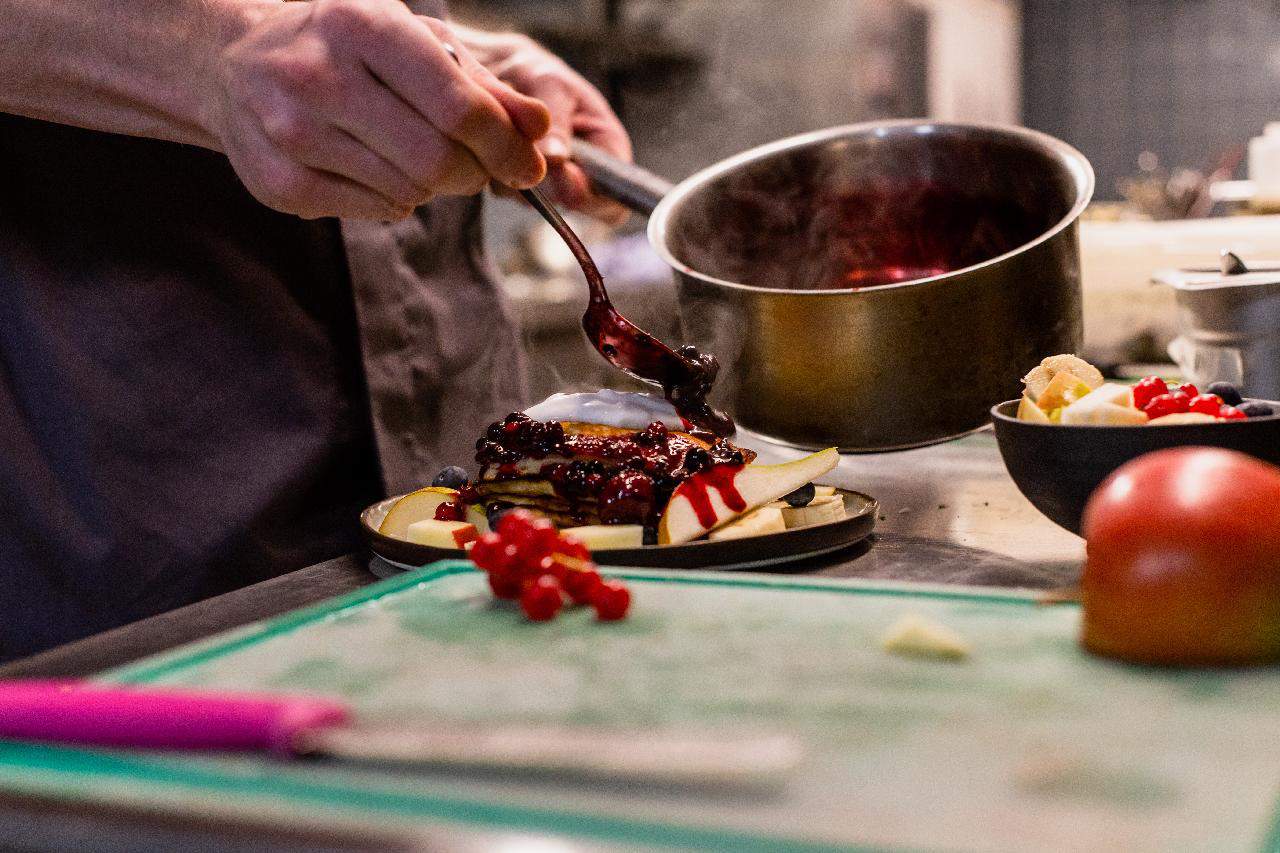 As they all would say, An apple a day keeps the doctor away. Apples are one of the top fruits the most households would get for desserts and snacks. But other than that, this fruit is very diverse in the kitchen that it can play multiple roles for most dishes. Also, it’s not troublesome to find it since every store, even the convenience store, has it.

Skip running to the store and get cranberries but use your leftover apples instead. Use 1 medium-sized apple over 1 cup of cranberries for delectable apple pies, apple crumble, tarts, and cakes. But one thing I like about this fruit is its capability to flavor savory dishes perfectly. I stew apples to make a barbecue glaze or marinade. I even stuff my roast chicken with apples to increase the tenderness and sweetness of the meat. 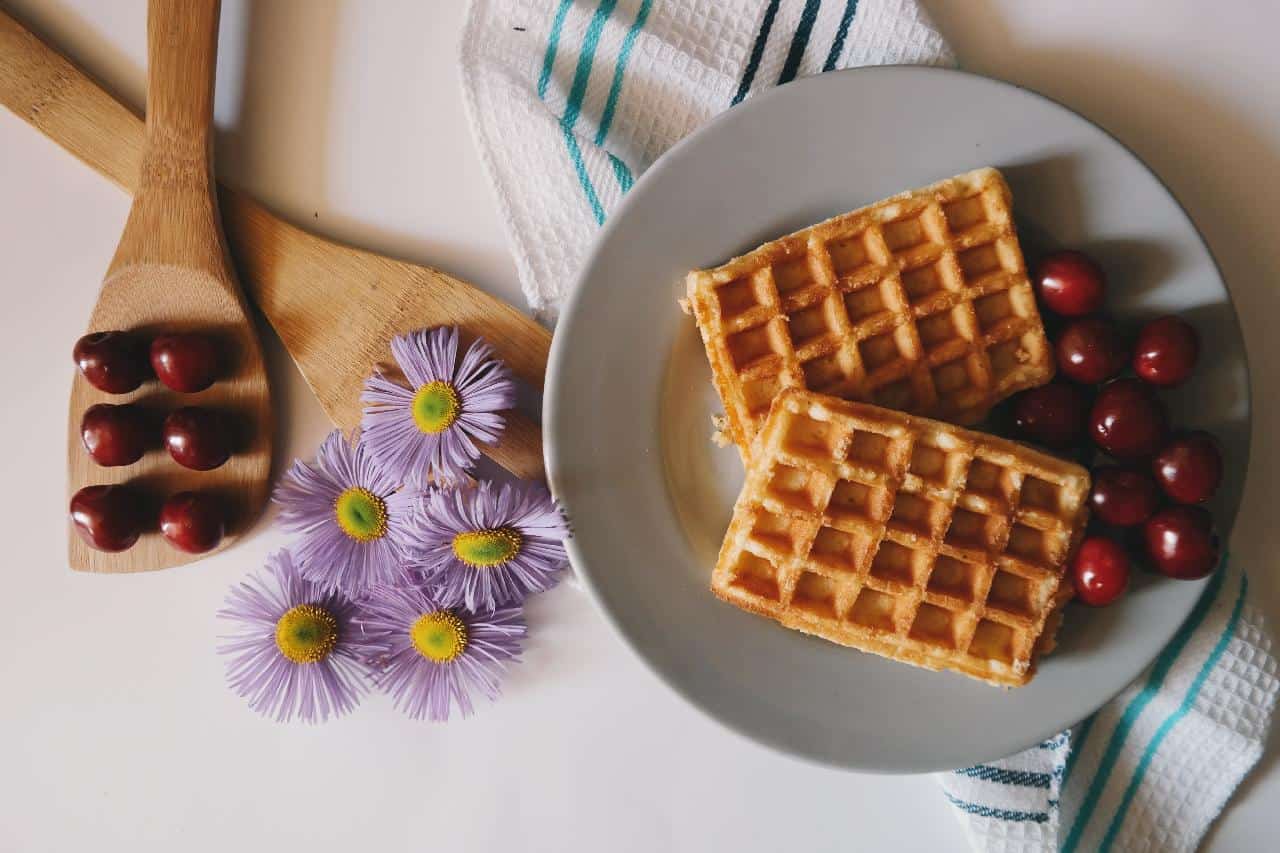 Cherries similar to cranberries are tasty and sweet even when eaten by itself. Both fruits look the same because of their shape and dark color. Doing this substitute makes the task a whole lot easier. I know there are available canned and frozen cherries in the market, however, I still recommend getting the fresh ones when in season.

Cherries are perfect for making jams or jellies for breakfast toasts mixed with soft cheese. It’s also a nice topping to add on muffins, cakes, and cupcakes. You can also make a filling out from it for pies and tarts for that gooey effect. Substituting is easier to do on this one since it only follows a ratio of 1:1. 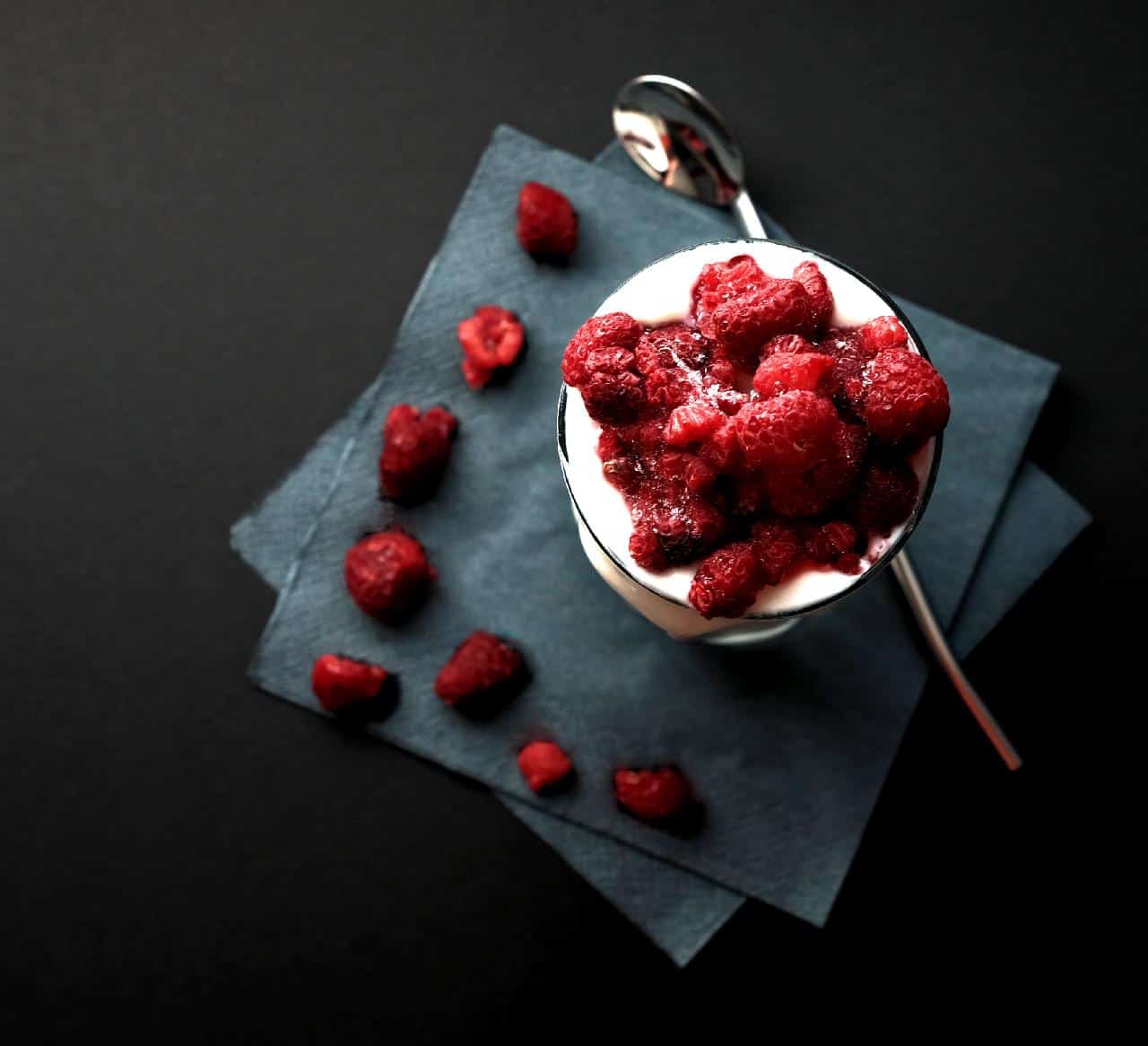 Raspberries especially during summer when in season populates every farmer’s market in the square. Also best when eaten ripe but all the more when baked or stewed. Back in the days, farmers would keep more harvest to prepare for the winter and make tons of raspberry jams. It’s as perfect as cranberry jams.

Try making your own raspberry jam for a change instead of using cranberries. I like using this because of its almost identical color, you won’t even tell that it’s not cranberries. It just differs a bit when it comes to taste. Raspberries are sweeter compared to cranberries. Making it a perfect choice for desserts and other baked dishes. 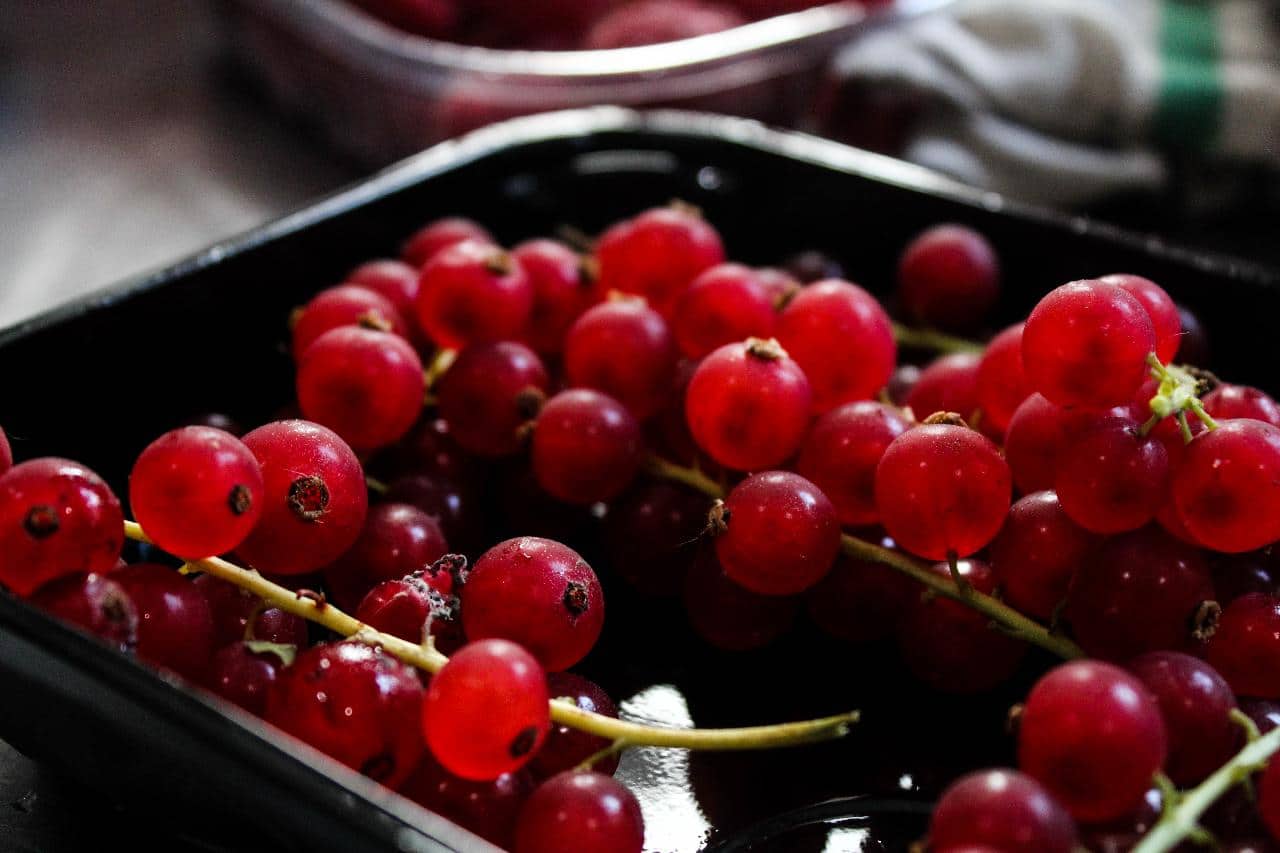 Currant is one of the many fruits that has a lot of uses in the kitchen. Apart from that, the currant is well known for its impressive health benefits from just a few grams of serving. Definitely a hit from summer to autumn, it’s best to take advantage of this fruit when you don’t have cranberries on hand.

If you like your dried cranberries so much, why not try the dried currant instead. Its taste is more distinct than the rest and its sweetness is undeniably just right for the palate. Not only is it good when dried, but it’s also effective for making jams, dessert fillings, savory sauces, and candies. Take a cup of currant to substitute a cup of cranberries for baked dishes or sauces.

Do cranberries have a lot of sugar?

Surprisingly, no. Although it’s color could make it look like it’s sweet, it’s the opposite. It’s one of the many fruits that have minimal sugar content which actually makes it a healthier option for the health-conscious. That’s why when making desserts from them, adjust the sugar content to highlight more of its sweetness.

Can I use frozen cranberries instead for baking?

Yes, definitely. Especially if cranberries are not common in your area or not in season, the frozen ones work really well. I advised to defrost it inside the fridge overnight so it cooks well in the oven when baked. Also, never leave frozen cranberries a room temperature to avoid attracting contaminants.

Can I preserve cranberries?

Yes, you can. In fact, after the harvest season, the best way to make its shelf life last longer is to can them as a jam. Other things you can do is by making candies or dry the cranberries as a snack. These are perfect as a condiment or topping for breakfast dishes or desserts.

We hope that these substitutes brought some light to your cranberry woes. So the next time you don’t have cranberries, you know which fruits exactly you can use for your dishes. 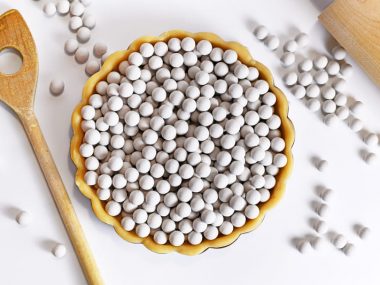 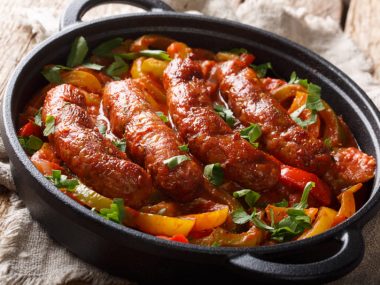 Read More
If you like the traditional Italian sausage, however, you don’t have it to use in one of your…
Read More