Molasses is a sweet syrup with dark color used as a sweetener in cooking and baking.

It is made during the production process of sugar from sugar beets and sugarcane. The juice extracted from them is boiled until the sugars crystalize. After the first boiling, is produced the first syrup with the highest content of sugar and light color.

This syrup is light molasses. The syrup produced after the second boiling is dark molasses, it is thicker and contains less sugar.

The syrup produced after the third boiling, blackstrap molasses, has lower sugar content, a very thick texture, and a bitter flavor. The black syrup has more vitamins and minerals than the other two types of molasses.

You can find sulfured and un-sulfured molasses.

Sulfur dioxide is used as a preservative to protect the molasses from spoiling. However, it also makes the molasses less sweet and with chemical flavor.

Molasses can be also made from dates, sorghum, carob, and pomegranates. It is used as a sweetener in different baked goods, sauces, desserts, drinks, brown sugar production, and in many other products.

However, if you are making a dish that calls for molasses, but you don’t have it at home you can use some other sweetener as its substitute.

Keep reading to learn more about each substitute.

Molasses has distinctive flavor and color. Therefore, you have to use the right substitute in your recipe that will give a final product similar to the one made with molasses. 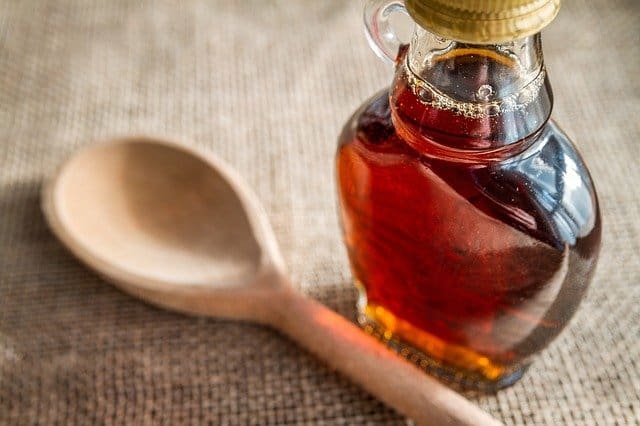 Maple syrup is a sweetener made from the sap of the maple tree. The sap is cooked into a syrup which is used in sauces, pancakes, waffles, barbecue sauce, salad dressings, desserts, and beverages. There are few types of maple syrup with different flavors and colors.

Maple syrup is sweeter than sugar and has a caramel flavor with a hint of vanilla. However, the flavor can vary depending on the region, tree, and the period when the syrup is collected.

Use maple syrup in a 1:1 ratio as a replacement for molasses. The flavor will be different but good. Use it in cookies, breakfast dishes, desserts, and other recipes. 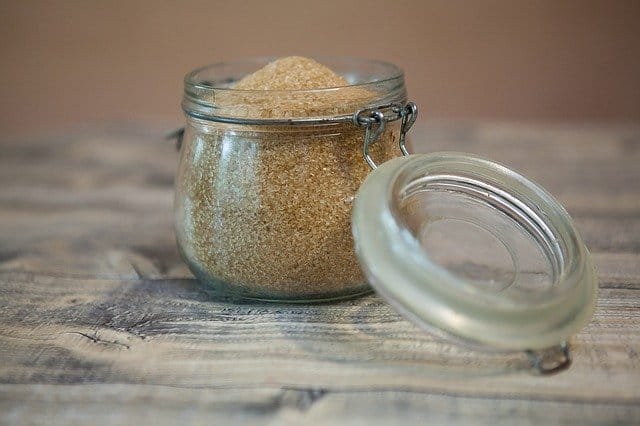 Brown sugar is a good molasses substitute because it is made from a mixture of refined sugar and sugarcane molasses. It contains 3-10% molasses and has a similar flavor and color to molasses especially dark brown sugar.

The only bad thing is that the final product will be less moist because sugar is not in liquid form. You can replace 1 cup of molasses with ¾ cup of brown sugar and ¼ cup of liquid. 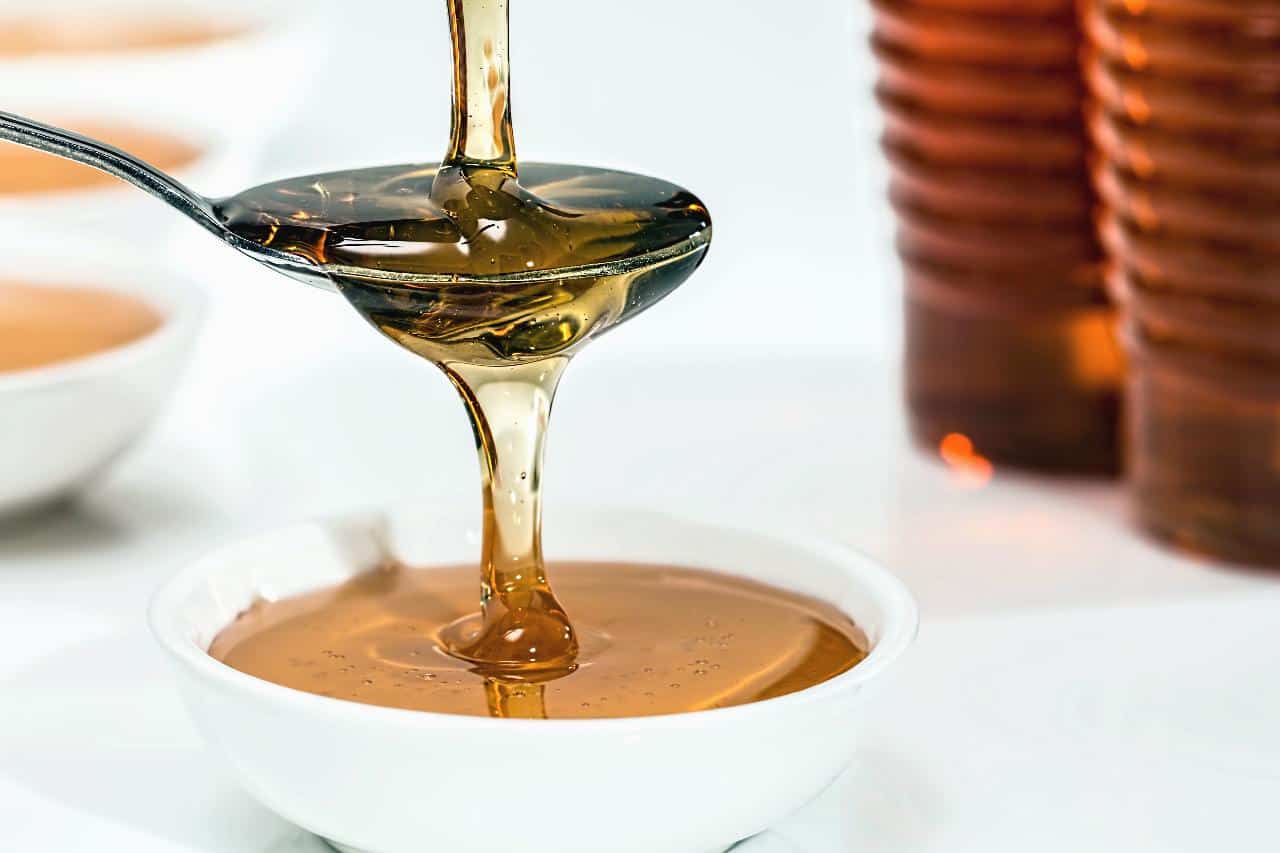 There are many types of honey with different flavors and colors.

As a substitute for molasses, it is best to use dark color honey because of the similar color it will give to the dish. However, that is not the case with the flavor.

Honey doesn’t have the caramel flavor like molasses but your dish will have a nice floral and light flavor. Use one cup of honey as a substitute for one cup of molasses in bread, cakes, dressings, glazes, sauces, and beverages.

Dark corn syrup is a corn-based sweetener used in baked goods, barbeque sauce, and candies. It has deep brown color and caramel flavor similar to molasses.

As a substitute for molasses, you can use it in different cakes, gingerbread cookies, pulled pork, baked beans, and other recipes.

One cup of molasses can be substituted with one cup of dark corn syrup. The final product will have a beautiful caramel flavor and color. 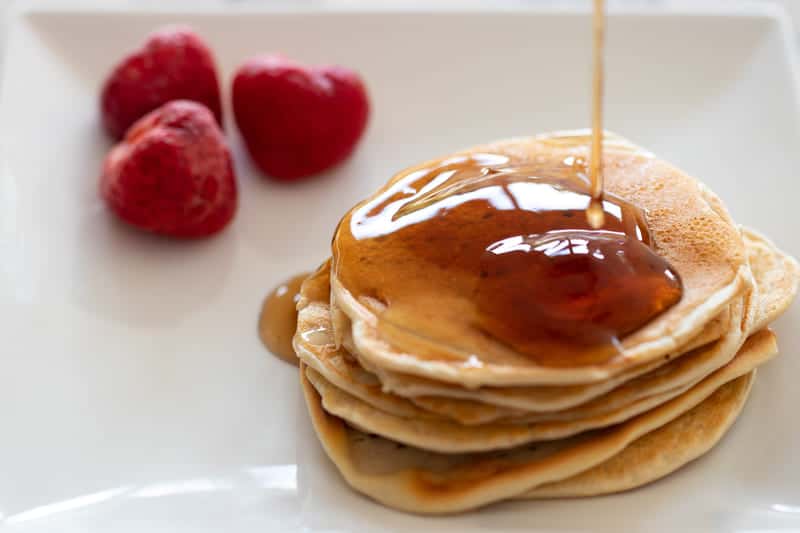 Golden syrup is a liquid with similar color and texture to honey. It has a mild caramel-butter flavor and is usually used in pies, cakes, or as a topping for pancakes, and waffles.

The golden syrup doesn’t have the same color and flavor as molasses but you can use it as its substitute and get a recipe with a lighter color and different flavor.

Some of the dishes where you can use golden syrup are muffins, cakes, cookies, and pie fillings. Use golden syrup in a 1:1 ratio as a substitute for molasses. 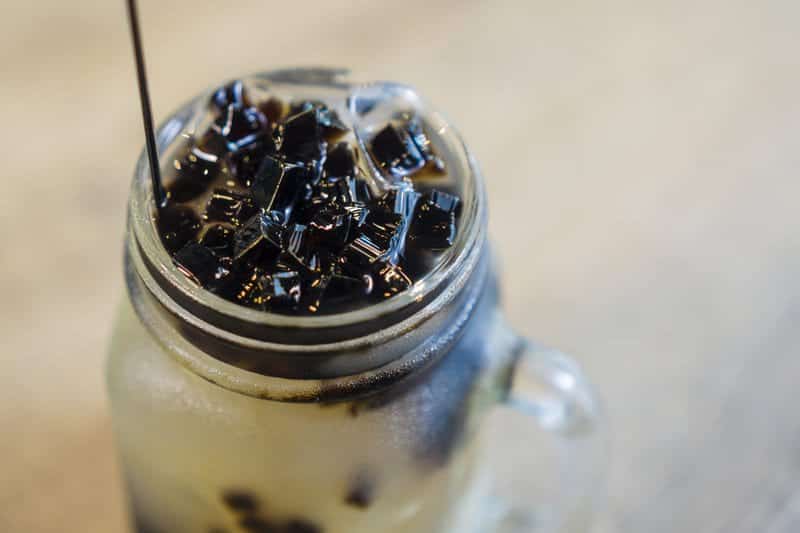 Barley malt syrup is a sweetener made of malted barley. People use it in combination with other natural sweeteners. It has a thick texture like molasses and sweet nutty caramel flavor.

It has a thinner consistency than molasses and a slightly sour-earthy flavor. Sorghum syrup works well in barbecue sauces, salad dressings, pancakes, and baked goods.

Replace molasses with sorghum syrup in a 1:1 ratio. Sorghum syrup is sweeter than molasses so you can cut the amount of sugar needed in the recipe by 1/3.

This syrup has a slightly nutty flavor and is less sweet than sugar. You can use it in both vegan or gluten-free dishes as a liquid sweetener. You can add it to tea or coffee or use it as a topping for pancakes, waffles, ice cream, and other desserts.

Use one cup of brown rice syrup as a substitute for ½ cup of molasses.

Coconut nectar comes from the sap of coconut palm flowers.

It has a natural caramel flavor, similar to molasses or brown syrup. This gluten-free, natural, and vegan sweetener has a unique flavor and you can use it as any other liquid sweetener.

It works in different smoothies, coffee, tea, or as a topping for pancakes, toast, oatmeal, waffles, and baked goods. Substitute molasses with coconut nectar in a 1:1 ratio.

Yacon root syrup has a similar look and texture similar to molasses. This syrup is made from the roots of the yacon plant and has caramelized sugar flavor and dark color. Yacon root syrup works well in pancakes, waffles, desserts, smoothies, and drinks.

You can’t use yacon root syrup in baking and cooking at temperatures higher than 120°C-248°F. Otherwise, the heat will break down the structure of the complex sugars. Use yacon root syrup as a substitute for molasses in a 1:1 ratio.

Dandelion syrup comes from the petals of the dandelion flowers, water, lemon, and sugar. This mixture boils until it thickens and gets a beautiful golden color similar to honey.

The dandelion syrup is thicker than honey with a sweet floral flavor.

You can use it in pancakes, muffins, toast, biscuits, and beverages. You can substitute one cup of molasses with one cup of dandelion syrup in your recipe. 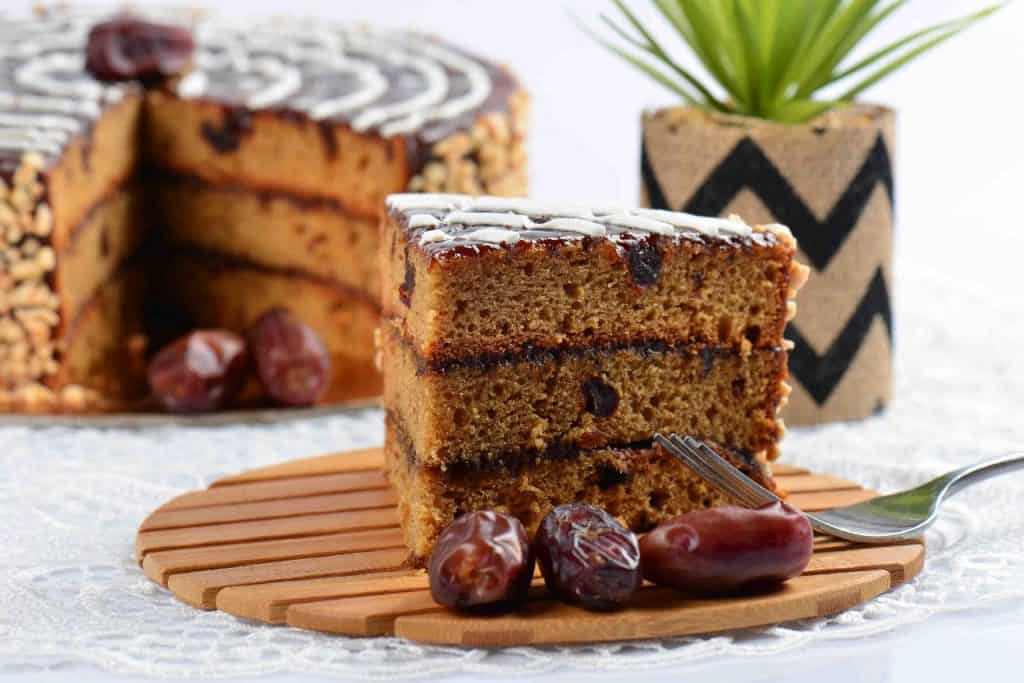 Dates are one of the sweetest fruits and best natural sweeteners. They contain calcium, iron, magnesium, potassium, antioxidants, and fiber. You can buy date paste or make it at home.

Soak 1 cup of dates overnight and blend them with 1 ½ cup of water and one tablespoon of lemon. You will get a beautiful sweet paste that you can use in marinades, brownies, cookies, muffins, coffee, and many other recipes as a substitute for molasses.

Substitute molasses with date paste in a 1:1 ratio.

You will need sugar beets and sugarcane juice to prepare molasses. You can use each one of them to make molasses and use it in your sweet and savory dishes, baked goods, or drinks.

To make molasses with sugarcane juice first, pour the juice into a pot, and boil it.

Lower the heat and let it simmer for about six hours and stir it occasionally. If you notice a green layer forming on the surface of the molasses you can skim it with a spoon.

When the color of the molasses change from green to yellow turn off the heat and pour the hot molasses into an airtight container.

You can store the molasses in a dry and cool place, at room temperature for 18 months.

To make molasses with sugar beets, put the chopped sugar beets in a pan. Cover them with 2 cups of water. Place the pan on the stove and boil the mixture stirring it occasionally.

When the beets are tender, turn off the heat and strain the liquid through a colander.

Boil the strained liquid in another pan until it thickens. Let the molasses cool for 30 minutes and pour it in an airtight container and store it in the refrigerator.

Can You Make Your Molasses?

You can make molasses from sugarcane, sugar beets, sorghum, dates, and pomegranate.

Although you can’t get the same molasses flavor, you will make a good substitute with the same consistency and texture as molasses.

How Do You Mimic Molasses?

You can mimic molasses if you use some of the substitutes mentioned in this article.

However, if you don’t have any of these ingredients at home you can use some simple and quick substitutes. You can use these substitutes instead of one cup of molasses.

You will not get the same flavor and color. However, you can use the closest match which is brown sugar for a better final product.

Dark corn syrup and maple syrup are also good substitutes for molasses. And if you don’t have these ingredients at home sugar,  and honey is your last choice.

What Can I Substitute for 1 Tablespoon of Molasses?

Can You Substitute Maple Syrup for Molasses?

You can substitute maple syrup for molasses. For a final product with better flavor, color and texture use dark maple syrup because it has a similar color and caramel flavor to molasses.

You can substitute molasses with maple syrup in a 1:1 ratio.

Molasses is a common sweetener in cooking and baking to give a sweet, smoky flavor to many dishes. It pairs well with the flavor of spices like ginger, nutmeg, and cinnamon.

You can use this sweetener in different sweet and savory dishes, baked goods, barbecue sauces, shakes, smoothies, and beverages. However, if you don’t have molasses at hand, you can use some of the substitutes mentioned in this article.

They are a good alternative for molasses and you can use them in most recipes to get a product with a slightly different flavor and color. You have many alternatives from which you can choose the substitute that will work best in your recipe.

Try them in your future recipes and let us know did you get good results with any of these substitutes in the comments section below.

Share your experience to help others who are looking for the best substitute for molasses. 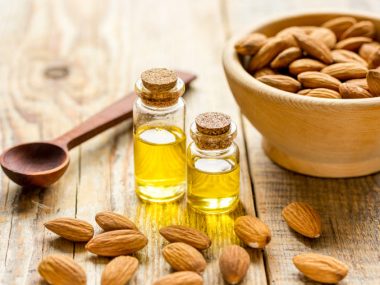 Read More
A few drops of almond extract in your baking dish can make wonders. It has this unique aroma…
Read More 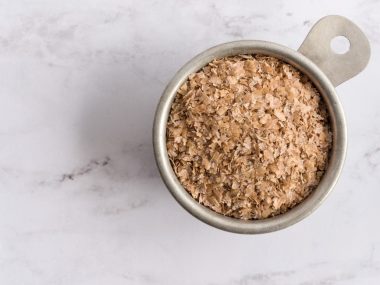 Read More
There are numerous ways to eat healthily and to be in perfect shape. A well-known “key” for losing…
Read More