What Does Rye Bread Taste Like: 5 Types of Rye Bread

If you have decided on following a healthy diet, you will have to swap a lot of your favorite food, pastries, cookies, and bread with healthier ones.

If you simply love bread and don’t think you can ever live without it, don’t worry; we have a better alternative, rye bread. Rye bread has a distinct herbaceous and rustic flavor to it.

The taste and appearance of rye bread usually vary from other varieties. However, it is a popular choice among healthy diets because it is packed with essential nutrients and components.

So now we know that rye bread has a different paste compared to a loaf of regular white bread. However, if our brief response hasn’t persuaded you, here’s an entire page devoted to the most often asked questions concerning the flavor of rye bread.

How Will You Describe the Taste of Rye Bread?

Rye bread has a bittersweet flavor with a sour undertone.

It is made with rye flour, which has a deep flavor, and caraway seeds, which have a therapeutic taste of pepper, anise, and licorice blended, perfectly describing the peculiar, aromatic flavor.

Rye bread is known for being bitter, so it is not so bitter that it distorts the complexion of the person who eats them.

Rye bread has a tolerable twinge of bitterness and a stronger herbal flavor, so when eating one, make sure you are eating a quality one.

Rye bread tastes differently because of the composition of the ingredients, especially the caraway seeds.

Dark brown bread, which is a vibrant composition of flour, rye flour, and caraway seeds, is a mix of healthy ingredients that deliver essential nutrients.

The composition is what delivers the sour and bittersweet taste of rye bread.

There are different types of rye bread available, and each one has different flavors, appearance, and texture due to the different compositions of ingredients.

Now, let’s look at the different types to learn about their differences. 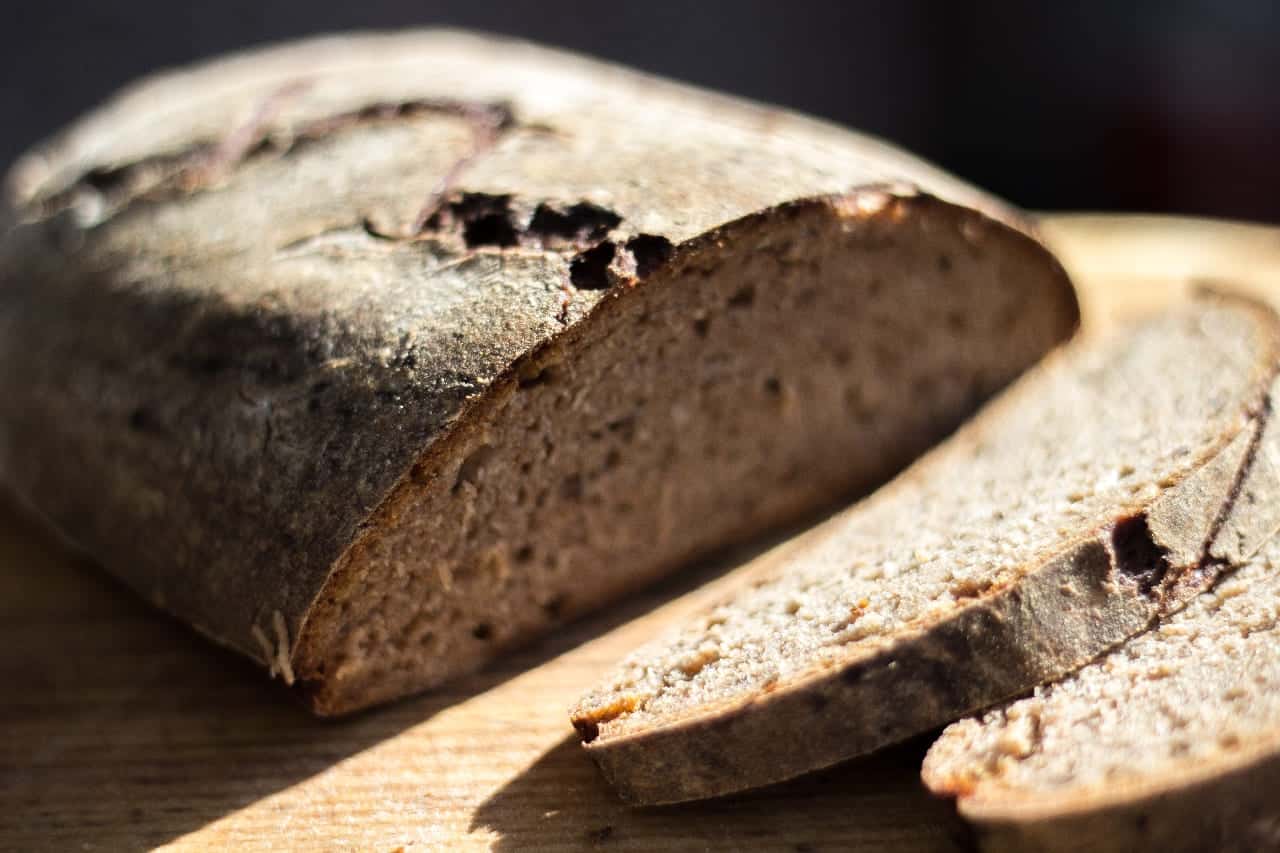 Pumpernickel is a type of rye bread that originated in Germany and is made of rye berries and rye flour.

This usually dark brown bread is quite different compared to other varieties since pumpernickel exudes a somewhat sweeter taste than bitter taste naturally.

Crispbread is a rye bread type that differs in taste and texture, and look since crispbread resembles zingy crackers. Mainly made of rye flour, salt, and water, crispbread tends to remain fresh longer than bread.

Along with three staple ingredients, some crispbreads are also packed with spices, so that they might exude an exotic flavor.

Dark rye is made of darker rye flour and cocoa, which gives the bread a darker look.

Compared to other varieties, dark rye might have dark flour, molasses, and caraway seeds added to it, along with a twinge of cocoa to give the bread a darker look.

This type is made of flour made only of the endosperm and a sourdough starter. Light rye is quite contrary to that dark rye in terms of appearance and taste.

They are not only lighter in color but also less bitter in taste. Light rye bread is a healthier, less bitter option for those who don’t like the intense herbal flavor of other rye bread variants.

This bread is a unique and tasteful combination of light and dark rye bread.

Marbled rye bread looks light on the outside with swirls of deep flavored dark rye on the inside. With the blend of two types of rye bread, the taste of marbled rye is usually a deep yet light herbal and bittersweet taste.

Also, note that the dark portion of marbled bread is usually due to the addition of darker flour and cocoa. The addition of cocoa gives a more deep flavor and color to the bread.

What Does Rye Bread Taste Good With?

Rye bread can be combined and eaten with cheese, fruit, nuts, vegetables, as well as a variety of savory meats.

Rye bread when consumed with other condiments, meat, or veggies, provides extra flavor to the meal, which is why it is a good choice for tasty sandwiches.

Moreover, if you are looking for a healthy snack during your tea time, rye bread will be a better option as its herbal taste accentuates your tea or coffee nicely.

Why is Rye Bread So Tasty?

The healthful, delicious taste of rye bread is due to the ingredients balance of rye flour, caraway seeds, and sourdough bases.

Some rye bread, like the dark rye, also includes cocoa. And the addition of cocoa is not for the purpose of adding a sweet taste to the bread, but to add a relatively rich, dark, and exotic flavor along with a darker appearance.

How to Make Rye Bread Taste Better in 3 Ways

Rye bread is a unique bread with a rich flavor that has been around for ages.

The essential ingredient list typically includes wheat, rye flour, caraway seeds, and occasionally sourdough, but using only those items will not always result in a flavorful loaf.

When making a loaf of scrumptious rye bread, there are some valuable tips you can follow to get the best, rich flavor out of the bread:

First, Instead of using equal parts of rye and wheat, we recommend using a 2:1 ratio of rye and flour to give the bread a deeper flavor and nutritional content.

Second, because rye bread is gluten-free, the dough must rise for a period of time. Instead of one night, leave it for 2-3 days for a better, richer flavor. When the dough has blown up enough after three days, you can add extra ingredients to enhance the flavor.

Third, make sure to use hot water when mixing the dough as hot water may enhance the deep flavor and sweetness of the bread.

With the above slight changes, you can make your rye bread taste more scrumptious and crispy. And then devour the bread as a healthy snack or meal for breakfast and lunch. 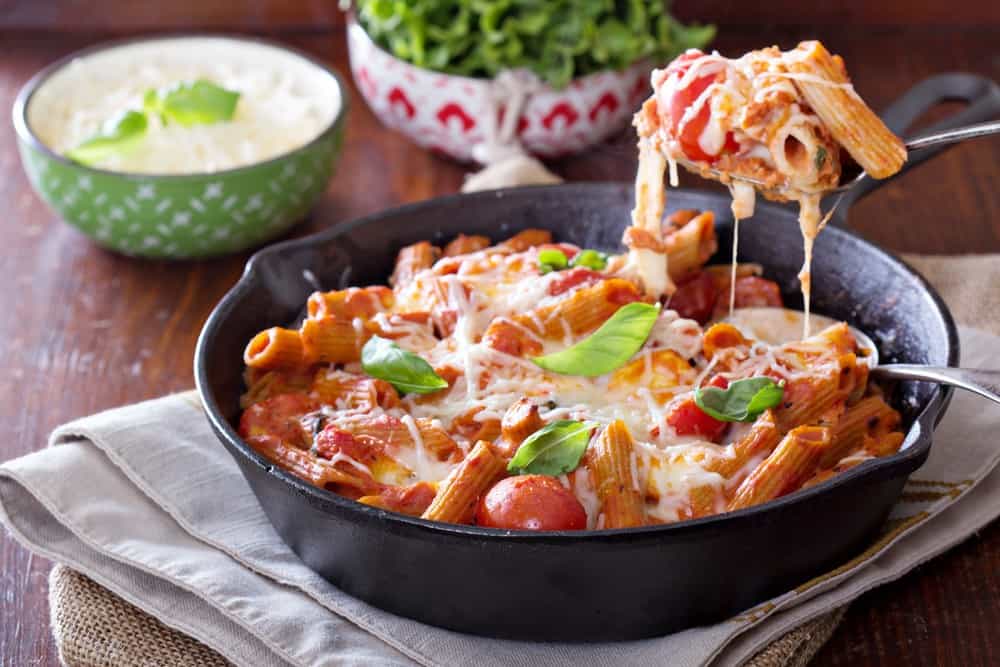 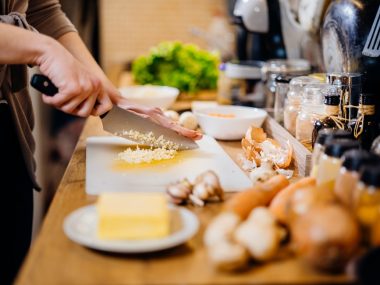