Red snapper is one of the most common white mild fish, especially for seafood dishes. It’s perfectly cooked when grilled, fried, or even as a stew. You can never go wrong with this fish since it has a mild taste that can be easily played with different herbs and spices.

But if red snappers are quite rare in your location, you can find a wide selection of other white fishes to substitute red snapper. 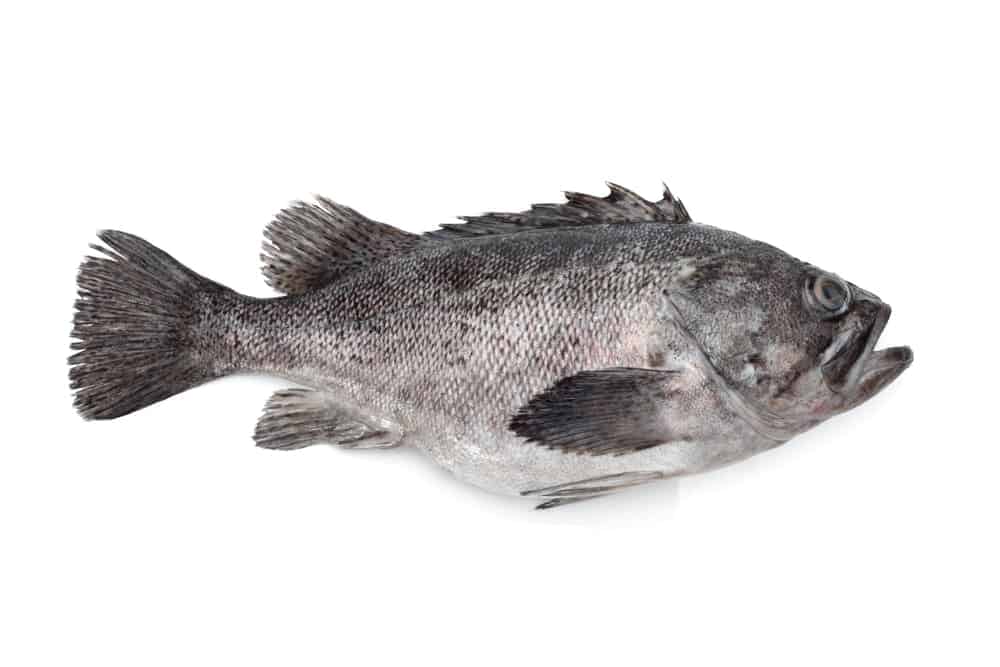 Grouper is actually hailed as one of the tastiest fish in the world. There’s no doubt about it since most seafood restaurants always include this fish as one of their main menus. Most of them are now farmed by big restaurant owners to always serve fresh grouper throughout the year. You can also buy these fish even live in most seafood markets.

Compared to snapper that has a more flaky and soft flesh, grouper has larger and chunky flakes but still has that sweet and light taste to it. To substitute, you can use 250 grams of grouper over 300 grams of red snapper for any dish. Groupers are chunkier so you don’t need that much meat for your dish.

You can get creative with groupers since it complements well with any type of herbs, spices, and marinades. It’s perfectly cooked when grilled especially when it’s just freshly caught. You can also make ceviches, a famous raw fish dish in Latin America for an appetizer. It’s best eaten when it’s fresh and to take advantage of its sweet-tasting flaky flesh that compliments well with any side dishes. 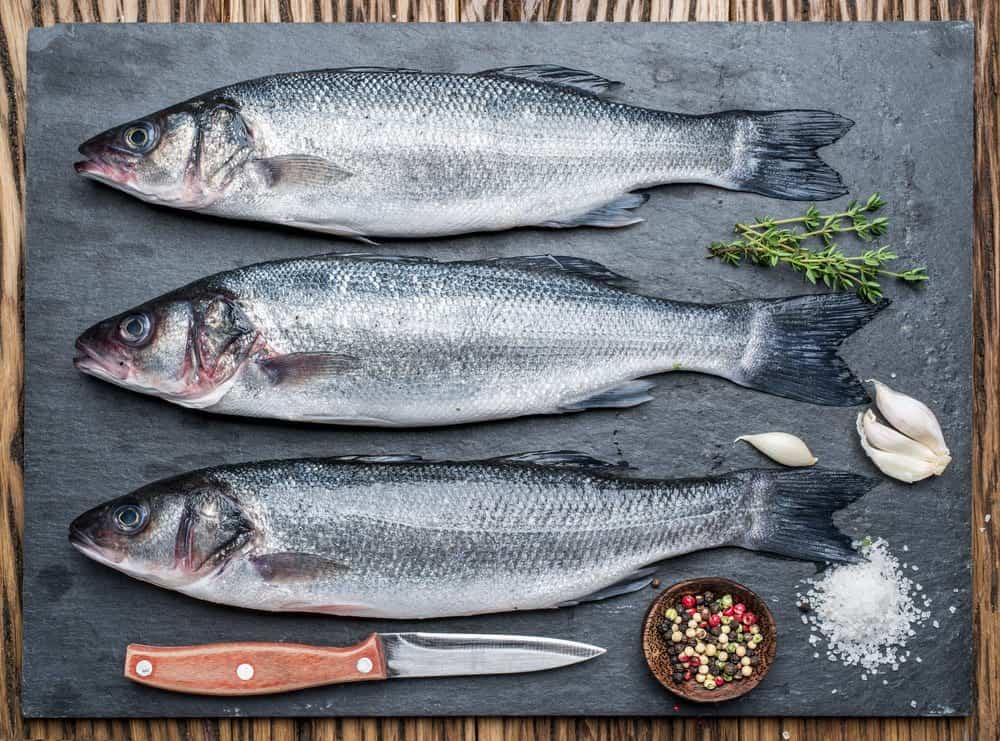 Sea bass are mostly found in the ocean and can’t be found in any freshwater resources. That’s why it’s one of the most expensive fishes that you can ever get from the market. It has a high demand from fish fanatics and catching them is also a challenge, making it one of the most bankable types of fish.

This type of fish is also mildly flavored just like red snapper. If you’re planning to treat yourself out for a once in a while luxurious seafood, try out the sea bass. It’s easy to substitute and there’s no rule of thumb to follow. Just pick a certain dish that you usually do with red snapper and make it with sea bass instead.

I personally like my sea bass roasted in the oven or seared. I like retaining its semi-sweet flavor, so I don’t really go all out on seasoning it. Just a dash of salt and pepper and a squeeze of lemon can already make a difference to the fish. The simpler the marinade, the more the fish stands out with its aroma and flavor. 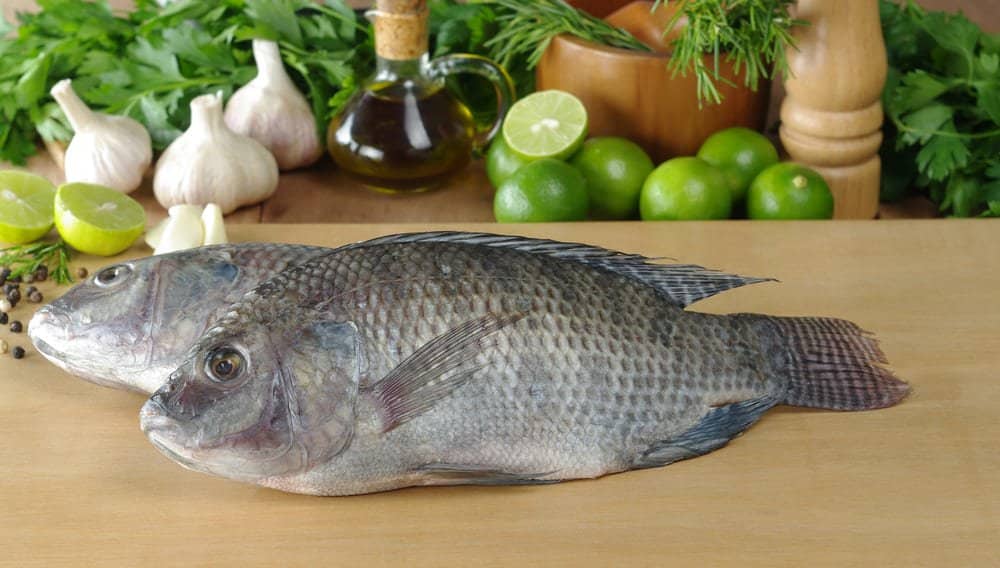 Tilapia fish has garnered one of the most controversial headlines in the culinary scene. A lot of controversies is attached to it due to how it’s farmed by other providers. But still, tilapia is one of the tastiest and affordable mild-flavored fish that you can find in the market to date.

If you like frying red snappers, I highly suggest that you make a switch with tilapia. Tilapia highlights more of its taste when fried. Then pair it up with a choice of sauce and stir-fried vegetables on the side. Tilapia can lighter flakes which makes it perfect for substituting red snappers. Just follow the ratio of 1:1 and you can never go wrong with it.

Codfish are mostly found in colder waters. Although that’s the case, most countries that have abundance with this fish have been importing quality cod fish all over the world. Making it easier and accessible for most consumers who are curious to try out the goodness of this fish.

Codfish is priced reasonably, it’s not expensive nor too cheap. It used to be one of the most expensive fish. But in recent years, there’s a sprout of producers, the price has decreased but thankfully, not the quality. This can be a perfect addition to your food staple at home. You can buy it fresh or frozen from grocery stores.

Codfish can be really big compared to red snappers. Even if that’s the case, the texture, and mild flavor to it with a hint of sweetness is still identical to one another. Substituting it is not as complicated as you thought it would be. You can use cod with any dishes the same as red snapper.

I like using cod when making fish curries since it absorbs the flavor quite well. It has enough fat content that balances its flaky flesh. It’s also perfect when cooked deep-fried, grilled, and seared. You can also use its meat for fish tacos and even for ceviches (as long as it’s freshly caught). 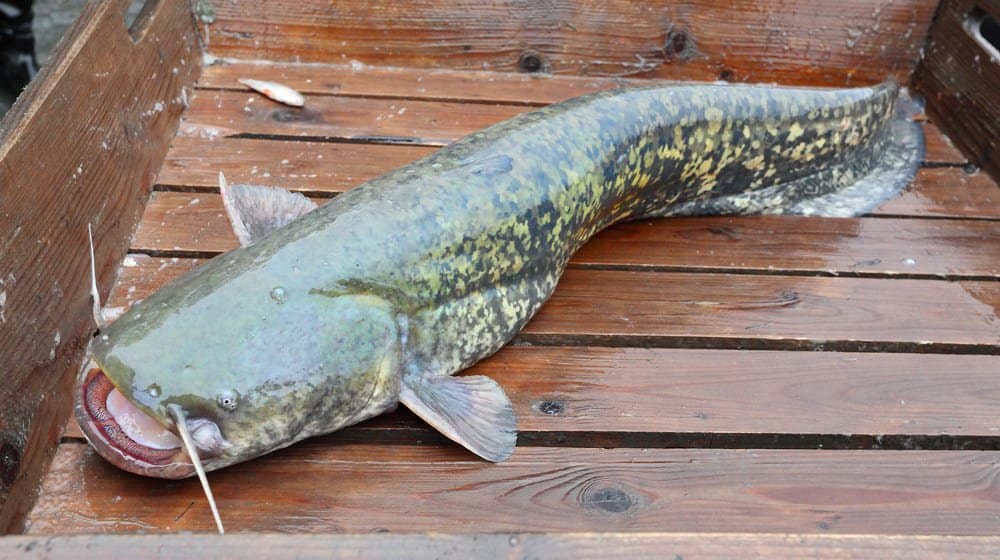 This ray-finned fish that has the size of a cat’s whisker is one of the most in-demand types of fish in the market. It’s a healthy source of protein but low in calories.

It’s also a good source of omega-3 fatty acids that aids to protect your heart health. On top of that, it’s cheap and readily available anywhere you are. Just like tilapia, catfish have grown huge popularity and demand resulting in more providers in the market.

Just the same as red snapper, catfish are light and easy to season or marinade for any type of dish. It’s not as sweet as red snapper so I highly recommend cooking it with flavorful or savory dishes such as curries, thick-based stews, and fish barbecues. It’s also perfect when deep-fried and eaten with chips.

When marinated right, especially when added with lemongrass and ginger, catfish can be very aromatic. It’s excellent in absorbing flavors and aroma from herbs and spices. It’s a perfect pairing with white rice, pan-fried potatoes, and even with fresh salads on the side.

The good thing about mild-flavored fishes such as red snappers is that it’s not hard to substitute and even experiment with flavors. You won’t run out of choices to choose from in the wet market or even in the deepest freezers at the grocery store. You’ll just have to get acquainted with different types of fish and know which works well for you.

The best thing to do is to take advantage of the available fish species in your area so you will always get the freshest catch. Nothing can beat the sweet flavor of freshly caught fish, that you can even eat it straight up like sashimi. 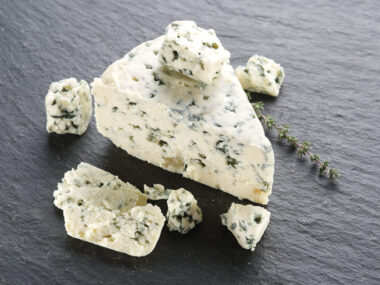 Read More
Blue cheese is a type of cheese made with pasteurized sheep, cows, or goat’s milk with added Penicillium…
Read More 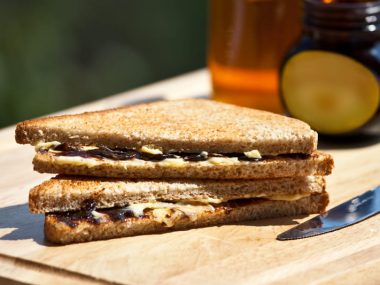 Read More
We all enjoy a good spreading product. Whether you put it on toast in the morning for breakfast,…
Read More