Flapjacks vs Pancakes: What’s the Difference?

Both flapjacks and pancakes can be great options for a delicious and nutritious breakfast and some people like these dishes even at other times of the day. However, pancakes and flapjacks are extremely similar so you will not find big differences between these two dishes.

You can enjoy flapjacks and pancakes with a wide range of toppings. Chocolate, walnuts, cream, vanilla icing, or different fruits are only the most common ideas.

If you want to add a certain topic to your flapjack or pancake, make sure you add it to the main composition but also save a bit for the decoration of the dish.

You can let your imagination free when you cook these two desserts and even make some main dishes out of them if you like them so much!

What Are Flapjacks in America?

In America, flapjacks are exactly pancakes. They are thin cakes made of tasty butter by frying them on both sides in the pan. All over America, they can be called either flapjacks or pancakes but they mean the same thing.

Ultimately, it is a personal option and each person chooses to call this dish however they want since no version is wrong.

In Canada, people call them pancakes or flapjacks as well, according to what rings best to them. However, just like in the US, these names represent the same delicious pancakes.

What Are Flapjacks in the UK?

While in the US and Canada, flapjacks are actually pancakes, in the UK this is a name used for a completely different dish.

Flapjacks are cake bars made from oats, butter, and brown sugar with different toppings. Flapjacks go great with coffee and they can make for a very tasty and nutritious breakfast. These oat bars are also known as cereal bars, muesli bars, and granola bars.

You can make them in many combinations. Baking them shouldn’t take more than 15 minutes. Add to that the time you take to prepare the mixture for your flapjacks and you will have a very tasty snack in less than half an hour.

Flapjacks can come with different toppings as well such as chocolate, caramel, or vanilla. You can eat them plain or with cream on top and they go great with ice cream too. 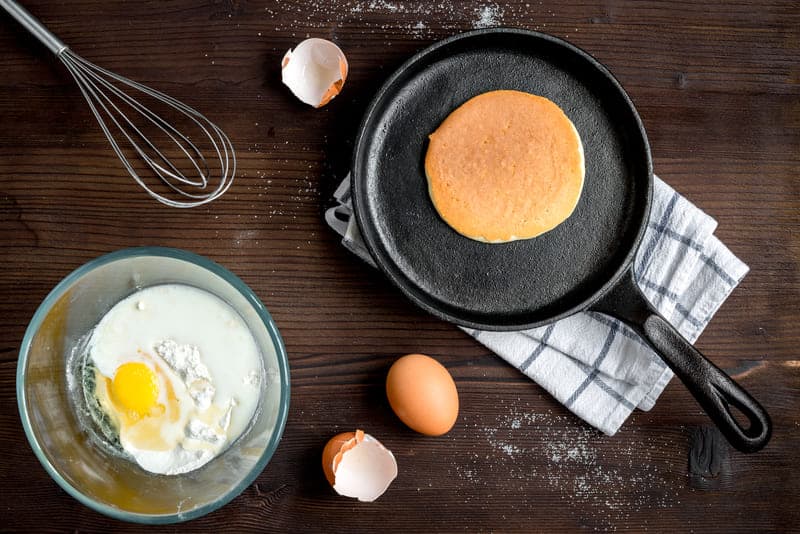 Most people are familiar with this delicious breakfast dish that is worldwide known under the name of pancakes.

Pancakes are made of batter and are fried on both sides. They are a lot thinner compared to the British flapjacks. They can have different toppings from fruits to syrups and creams. You will find pancakes referred to as hotcakes or griddlecakes as well but these names are not so common.

The main ingredients of pancakes include eggs, flour, butter, milk, and baking powder. But they can also include other ingredients according to the flavor you want your pancakes to have.

Besides the American pancakes, other countries have their own traditional recipes of pancakes which might differ a bit from the US version.

For instance, crepes are even thinner than American pancakes. They are rolled in order to keep the toppings inside of them. However, the key ingredients stay the same regardless of where you decide to enjoy some pancakes.

Why Are American Pancakes Called Flapjacks?

Pancakes are called flapjacks in parts of the US and Canada because they are thicker than other types of pancakes you will find in Europe, such as crepes. They are also flapped in the pan so, being called flapjacks is also a consequence of the cooking process.

What Are American Pancakes Called in England?

In the United Kingdom, American pancakes are called exactly.

However, it is important to know that if you order flapjacks in the UK, you will not get American pancakes since flapjacks are oat baked bars in England, which is a completely different dish. 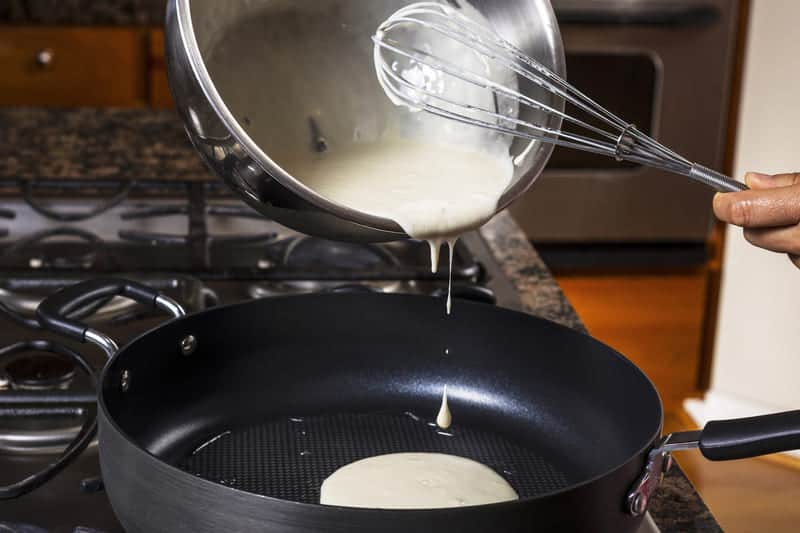 Preparing both flapjacks and pancakes is easy!

As a matter of fact, these two are some of the first dishes you can start making when you start your cooking adventure. Here are the recipes for both these dishes so you can decide which one you want to try making first.

You will have to heat the oven to 392 degrees F or 350 degrees F. If you have a gas oven you can simply heat it up on level six.

While your oven is heating up, put all the ingredients in a blender or a food processor and blend for 1 minute or until you see them mixed well enough. Make sure you don’t blend them for too long because the oats will lose their texture.

Butter an oven tray and pour the mixture into it. A good trick is to press on each one of the four corners with the back of a spoon before you put the tray in the oven. Let your flapjacks bake for like 15 minutes or until they get to have a golden crust on top of them.

Try not to overcook the flapjacks because they will become too dry and they will lose their fluffy shape and texture. Also, if you want to make your flapjacks a more healthy way you can replace the sugar with bananas. 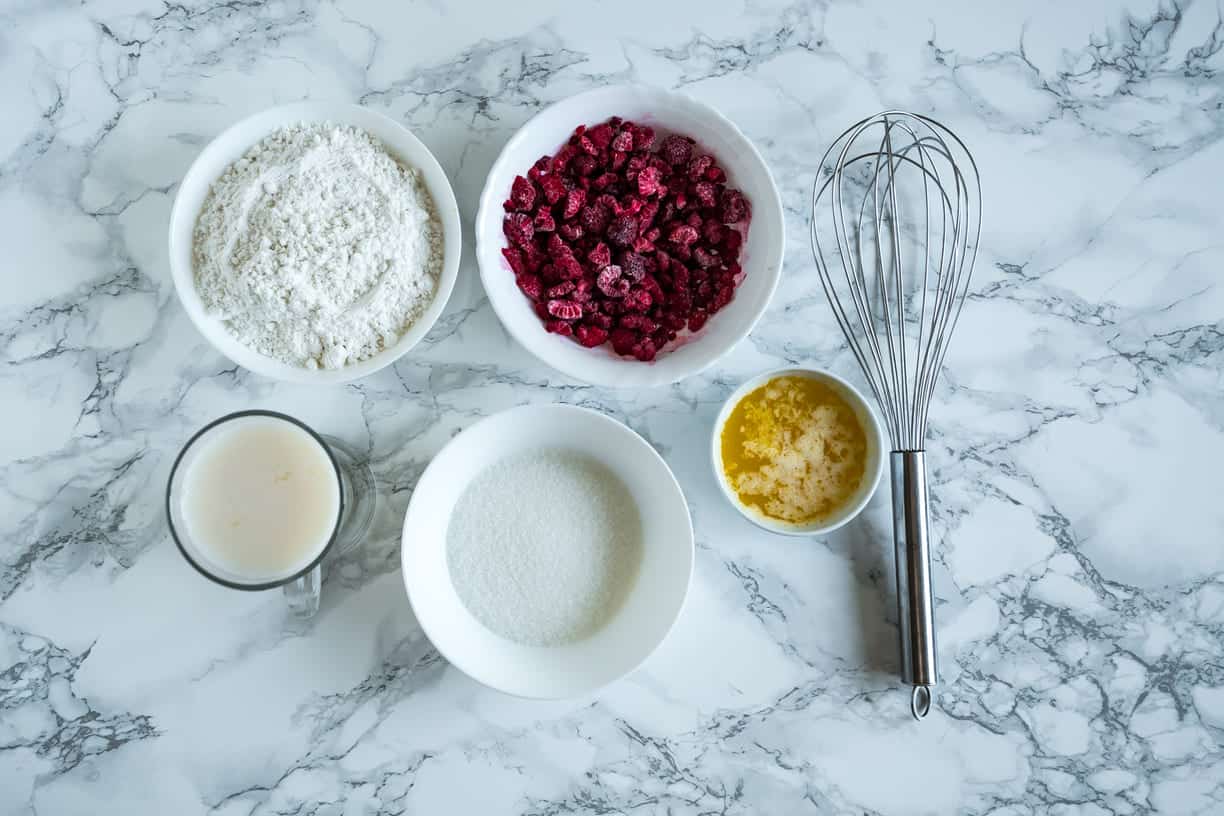 Making pancakes is just as easy, if not even easier than making flapjacks. Even if the recipe for pancakes can differ, according to the region you are in, this one is the easiest to make even for those with no experience.

You will need 1 cup of all-purpose flour, 2-3 tbsp of sugar, 2 teaspoons of baking powder, half teaspoon of salt, 1 cup of milk, 2 tbsp of butter, 1 egg, preferred toppings like maple syrup, chocolate, or any other type you prefer.

These ingredients can be altered according to your taste and needs. For instance, you can replace the butter with vegetable oil and the sugar with honey.

Put a frying pan on the stove and allow it to heat up for a couple of minutes. You can add a tablespoon of cooking oil to the pan so the pancakes will not stick to it.

Mix the ingredients in a bowl by using a whisk or simply blend them in your food processor for 1 minute. Once the ingredients are mixed pour the composition you need for one pancake in the pan by using a dipper. You can pour directly from the bowl but you might pour too much if you do that and the pancakes will turn out too thick.

Fry the pancake on each side until it reaches a golden color and then flip it to the other side. Repeat this process for each pancake you make and reoil the pan as you see needed.

When all your pancakes are cooked, put them into portions and add the preferred toppings. You can get creative with the decorations to impress your loved ones or just spoil yourself. 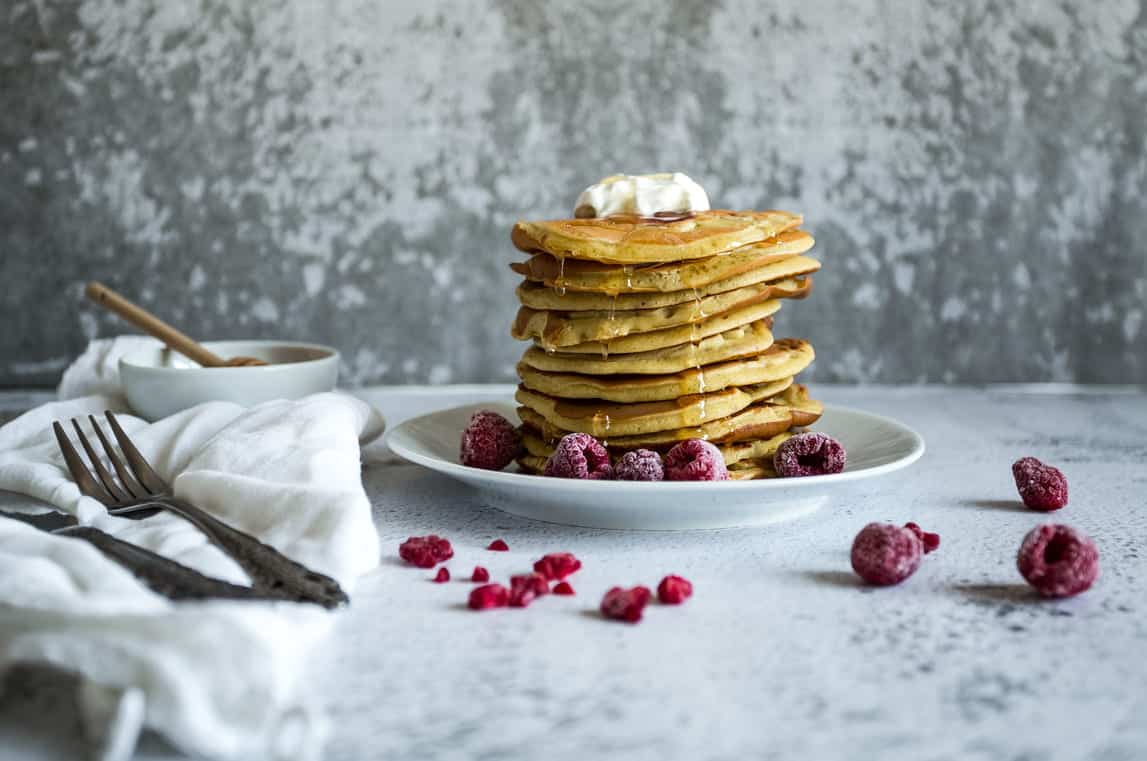 Both flapjacks and pancakes can make for a great start to your day.

These dishes could also be some of your favorite desserts so once you start making them, don’t be surprised if you want to have them often.

Note that there are differences between the US and UK when it comes to these dishes and you should be aware of them in order to know what you can get in each country.

If you find yourself in the UK, try flapjacks. You will not regret it. They are nothing like American pancakes. And they might become some of your snacks of choice! 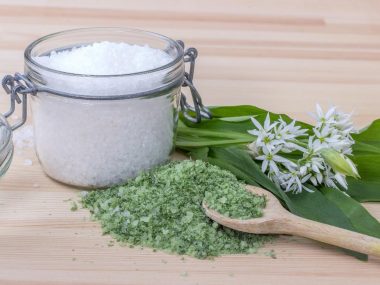 Read More
Garlic salt can give your food a distinct flavor that both you and your guests will enjoy. But…
Read More 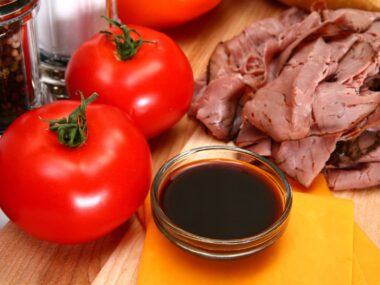 Read More
Au jus is a famous French liquid that is commonly used in cooking. A mix which is added…
Read More