Chili peppers are always a good idea to spice up your meal. Fresno pepper is one of the many that you can use to add smokiness to your dish.

It’s a medium heat, red and subtle chili pepper that is used in many recipes. This pepper is very similar to jalapeno in its flavor and the way it looks.

Fresno peppers can be green or red. The key difference between the two is that the green ones are harvested sooner, so they’re milder than the red ones.

On the Scoville rating, Fresno peppers are about 2,500 to 10,000 units which are considered hot. You can use Fresno peppers to make salsas or add them to recipes to increase their hotness. But in case you have no Fresno peppers, is there a way to replace them?

All of these peppers vary on the Scoville scale so make sure to pick the one that adapts to your tolerance of spiciness. 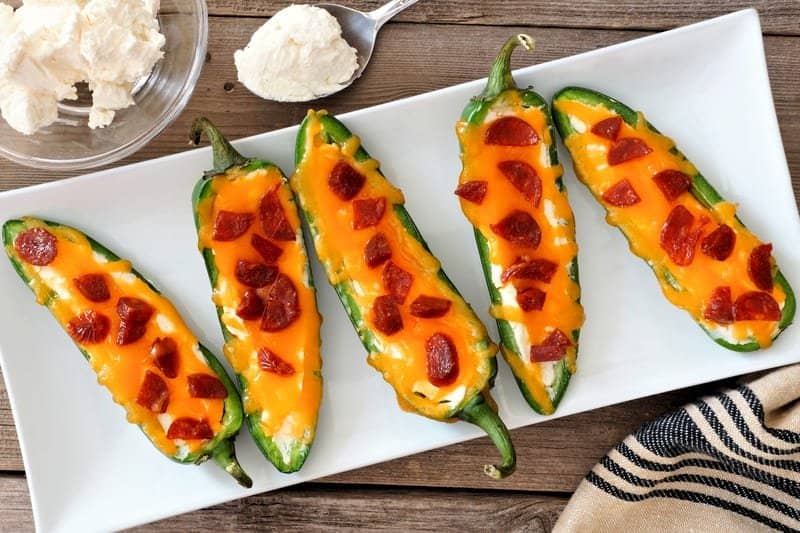 One of the first recommendations for the Fresno chili substitute is the jalapeno pepper. They are very similar to the Fresno peppers and you can easily find them in your local market.

Their level of hotness is similar but it is considered that Fresno is spicier than jalapenos. Of course, you can’t expect the same results but, jalapeno is one of the best alternatives to Fresno chillis in many recipes.

These Dutch or Holland chilies are another alternative to Fresno chilies in many recipes.

They are milder and make a perfect choice for salads, soups when roasting, or baking. You can find them in a few colors like red, yellow and green.

Their fruity, sweet and a bit acidy taste will mix with the other ingredients in your recipe and will result in a nice dish. On the scale, they vary from 5,000 to 10,000 SHU.

These dried, smokey-flavored peppers can be also another way to substitute Fresno chilies. Chipotle peppers are spicier than Fresno and you can use them in many of the recipes to replace them.

If you are looking for spicier pepper than Fresno, look no further than Chipotle. When replacing, make sure to use half of the amount that the recipe calls for Fresno. 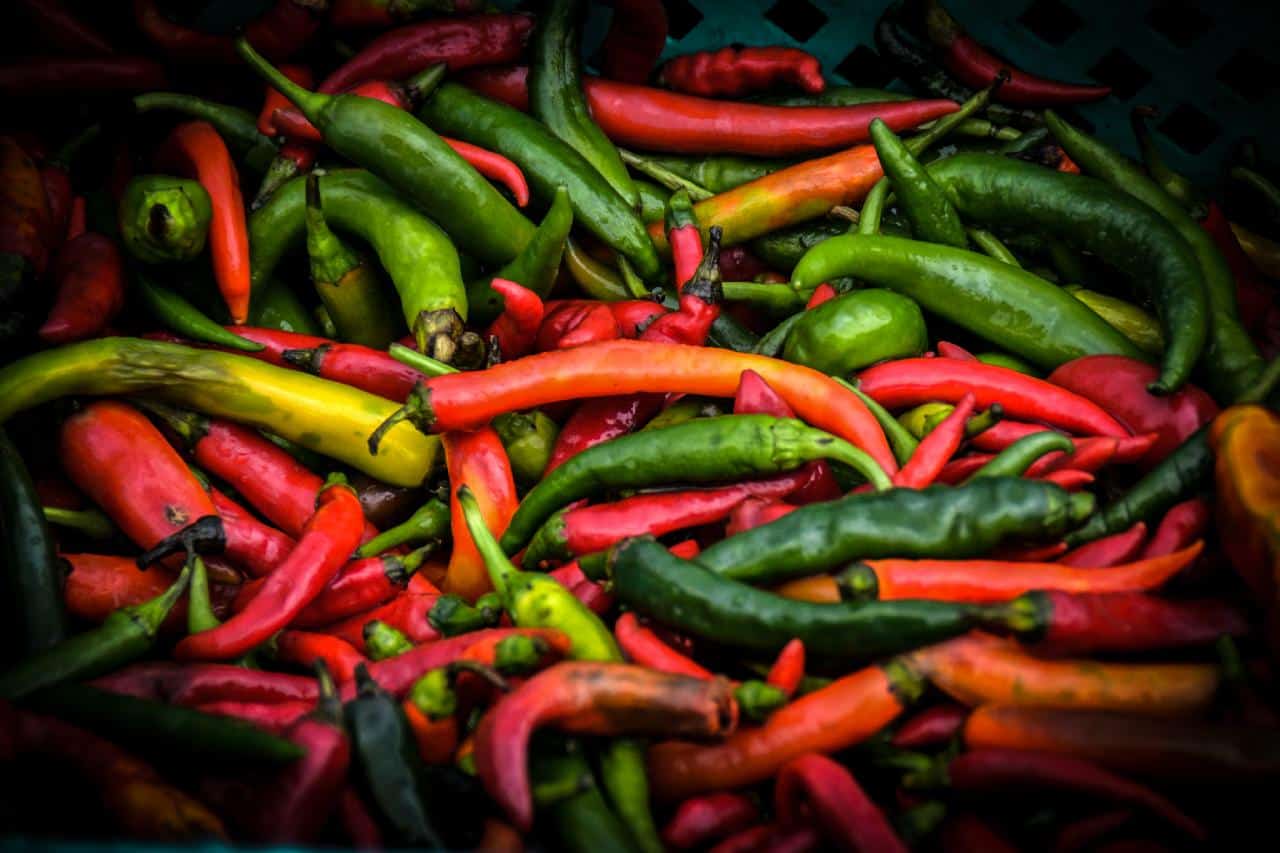 These Thai peppers can be found either pink, yellow, or orange and they are often very spicy. This is another way to replace the Fresno chilies in many recipes.

They have a fruity and earthy flavor with traces of spiciness that will bring a nice touch to your dish. These peppers vary on the scale from 50,000 to 100,000 SHU, which means that you should reduce the amount because you don’t want to make your meal very spicy. 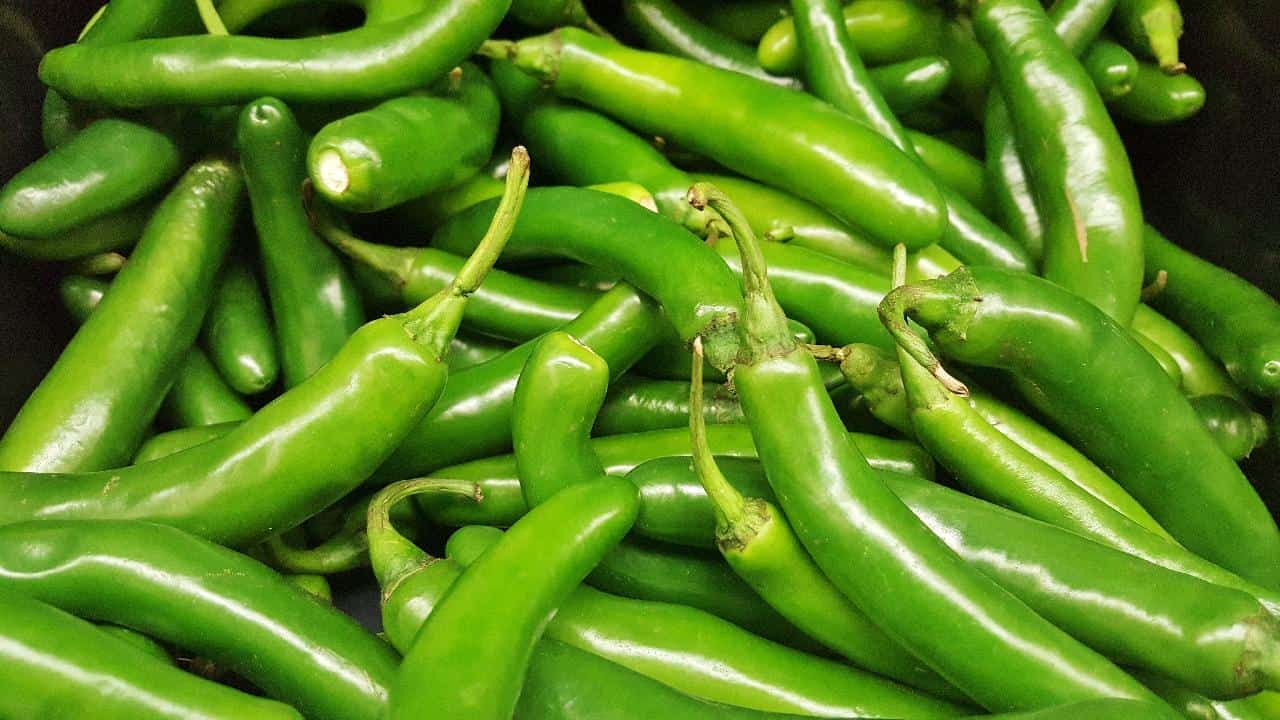 Serrano peppers are also another backup for Fresno chilies. You can easily find them but keep an eye on the spiciness of these peppers.

If you enjoy spicy food and the hotness that the serrano peppers provide, then they make the perfect option for your next meal. 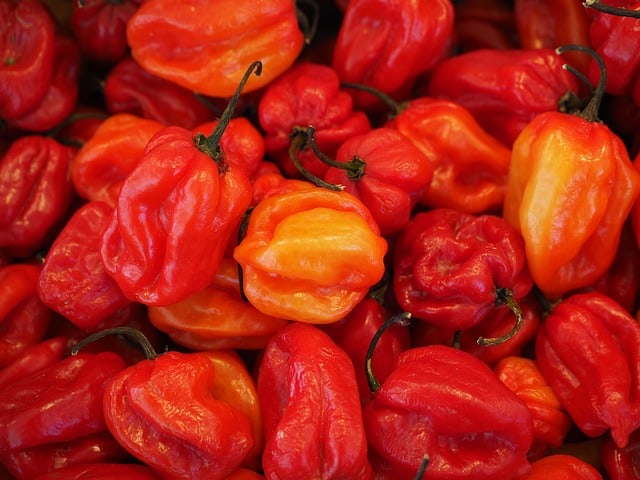 Unlike any other pepper, the Habanero is a unique way to replace the Fresno chilies. These hot, crunchy, and sweet peppers can be used in many recipes if you tolerate spiciness.

Their crust taste and smokiness will provide a unique touch to your dish. On the scale, the Habanero peppers vary from 100,000 to 350,000 SHU.

Meaning, they’re very spicy. Adapt by your own taste of hotness and reduce the primal amount you add when replacing Fresno Chillies. 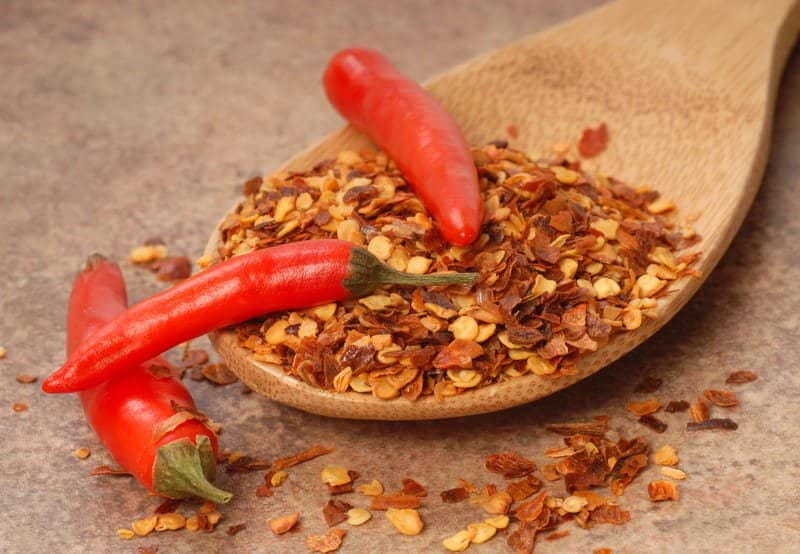 Another Thai chili pepper that can be used as a replacement is the Jinda Chilli pepper. You can find these chilies in red or green. Both types are very spicy.

As we go the spiciness increases which means that you’ll have to be very careful when adding in your dish. Thai peppers will add nice heat to your next dish and increase your appetite, so you will end up wanting more!

Another chili pepper that is actually named after a province in China where it is harvested is the Tien Tsin peppers.

You can use this type of pepper as a replacement in most East Asian types of dishes like soups or stews so you can increase their flavors by adding a bit of spiciness. This is a type of chili that is also hotter than Fresno chillis but it can replace it in many recipes.

On the scale, the Tien Tsin chili varies from 50,000 to 75,000 SHU. Usually, they’re combined with chicken curry and lemon rice. They are also suitable for making infused oils. 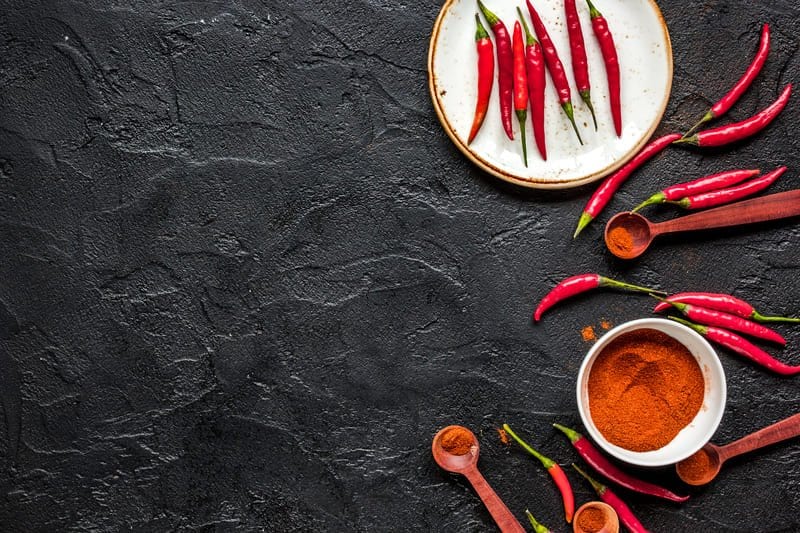 Last but not least, these sweet tasty red chili peppers are another way to replace Fresno chiles in most recipes.

When compared to Fresno peppers, as they mature they get hotter and lose some of their taste with age, whereas the red chilies remain hot.

They are considered to be very healthy and beneficial. Furthermore, on the scale, they vary from 100,000 to 125,000 so make sure to reduce the amount when substituting. 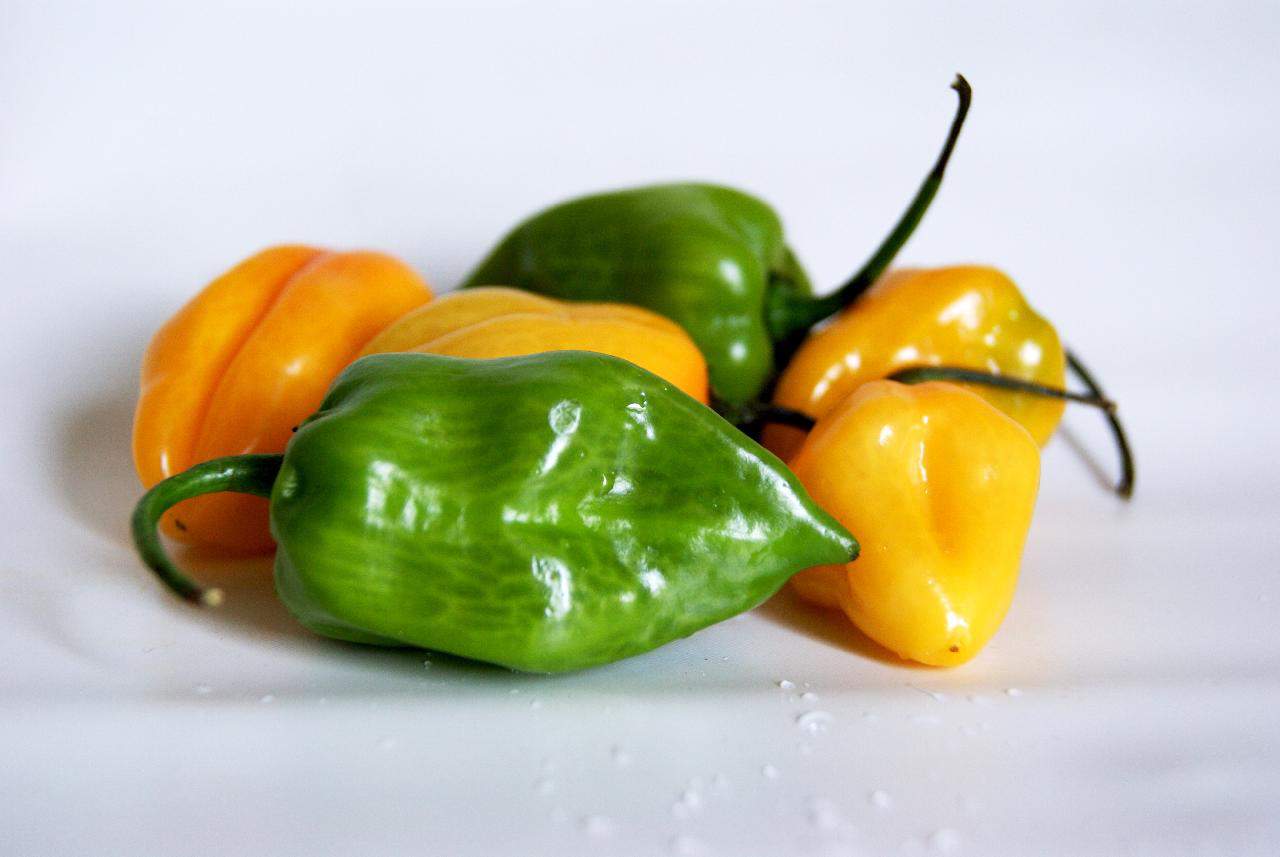 These bonnet-shaped peppers as the name suggest are another option for replacing Fresno peppers in cooking.

They have a sweet, hot, and spicy taste which will boost your meal. Their hotness varies from the place that they are grown. They can be from 100,000 to 350,000 SHU.

Meaning, they are very hot, so make sure to use the proper amount. Otherwise, your meal will be extra spicy. It’s ideal for soups, curry chicken, shrimp, and other recipes.

Which is hotter, Serrano or Fresno?

Serrano peppers are hotter and on the scale, they vary from 10,000 to 23,000 SHU, whereas Fresno is around 10,000 SHU. They’re both suitable for different recipes. Choose whatever suits your needs and doesn’t overcome your tolerance for hotness.

Is a Fresno pepper a chili pepper?

They’re medium-sized chili peppers. However, they are often confused with jalapeno. They look similar but they have their differences.

Where can I get Fresno peppers?

You can find Fresno peppers at the grocery store. However, make sure to distinguish them from jalapenos. If you prefer a contactless service, order online. 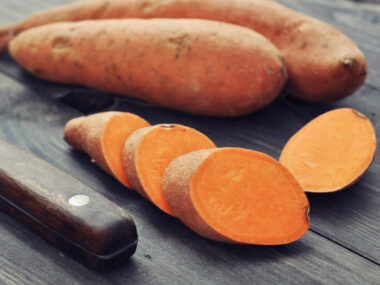 Read More
Sweet potatoes are a root plant that is commonly used in cooking. Just as the name suggests, these…
Read More 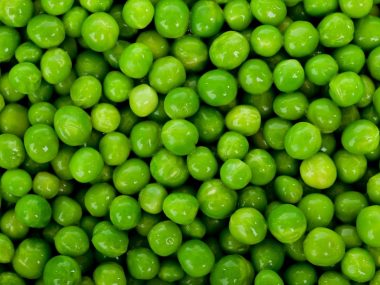 Read More
Nothing is better than freshly bought vegetables. From soups, side dishes, and freshly used in salads, vegetables are…
Read More