Creamy and buttery in texture, Monterey Jack Cheese is the perfect cheese to use in burgers, baking the ultimate Mac and Cheese, and nachos too.

It got its name from Monterey city in California and is a very popular cheese in American dishes. Monterey Jack Cheese is indigenous to America and is commonly available. However, if it is not available in your area, then you can look for its substitutes.

So, read on to find out more about the substitutes for Monterey Jack Cheese.

Monterey Jack cheese has a creamy and buttery texture. Hence, there are a few cheese varieties that can offer a similar taste and consistency such as the following. 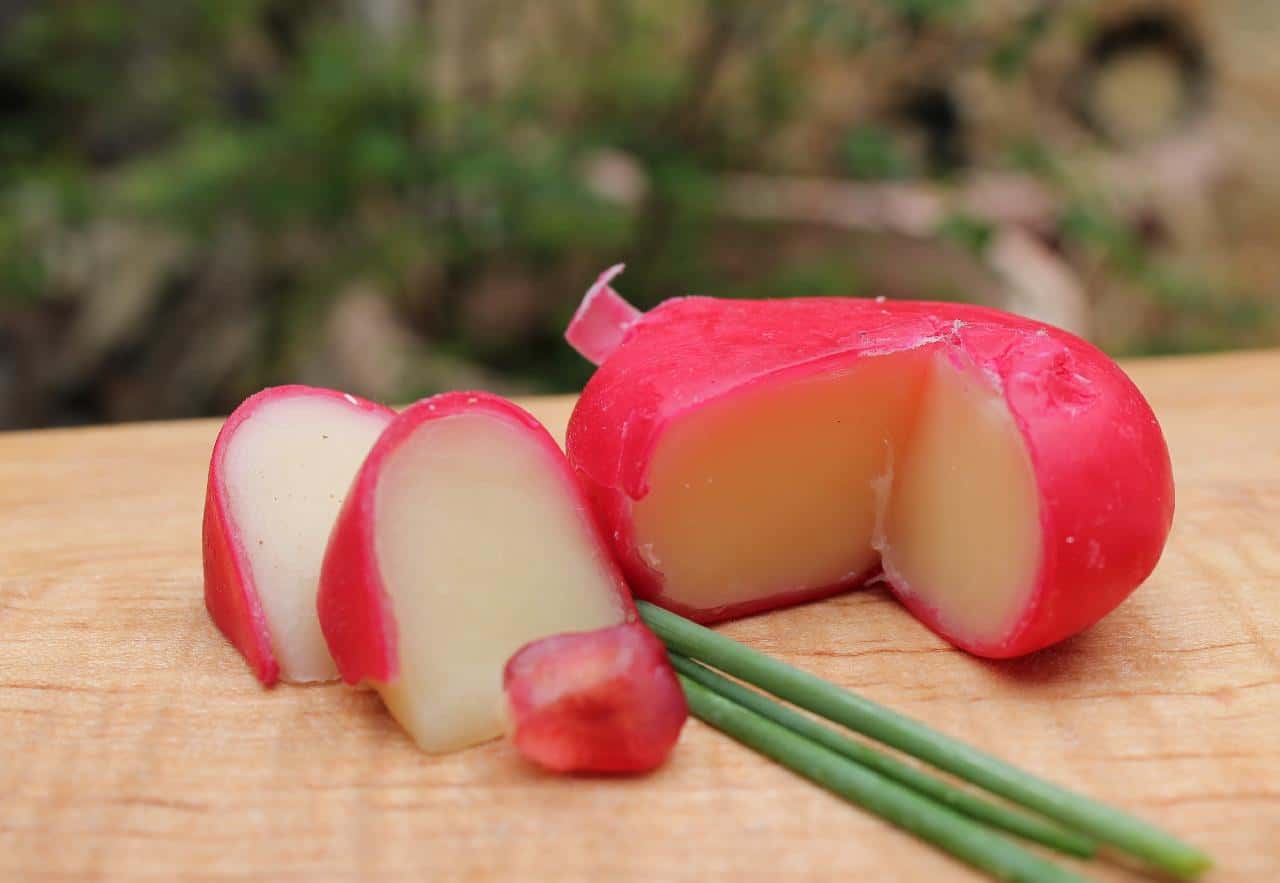 Edam Cheese comes from the North Holland province of the Netherlands. It is best known for its cylindrical shape and red wax coat on the outside.

Moreover, it has a semi-solid texture and is a bit salty and nutty in its flavor. If the cheese is matured for a longer time, it hardens and forms a sharp flavor profile as well.

It matches the versatility of Monterey Jack Cheese as you can use it with a variety of food dishes! It pairs best with fruits like apple, cherry, peach, and pear. You can also consume it with crackers, biscuits, and bread with a glass of fine wine.

Edam cheese is one of the best cheeses on a cheeseboard. Therefore, you might want to give it a try if you do not have Monterey Jack Cheese.

Havarti Cheese is indigenous to Denmark. It is a semi-hard cheese with a creamy texture and is made of cow’s milk. Similar to Monterey Jack Cheese, Havarti Cheese also melts quickly, and you can serve it as a slice on a platter!

You can use this cheese in pasta and pizzas, and it pairs well with grilled dishes like grilled sausage and sandwiches. 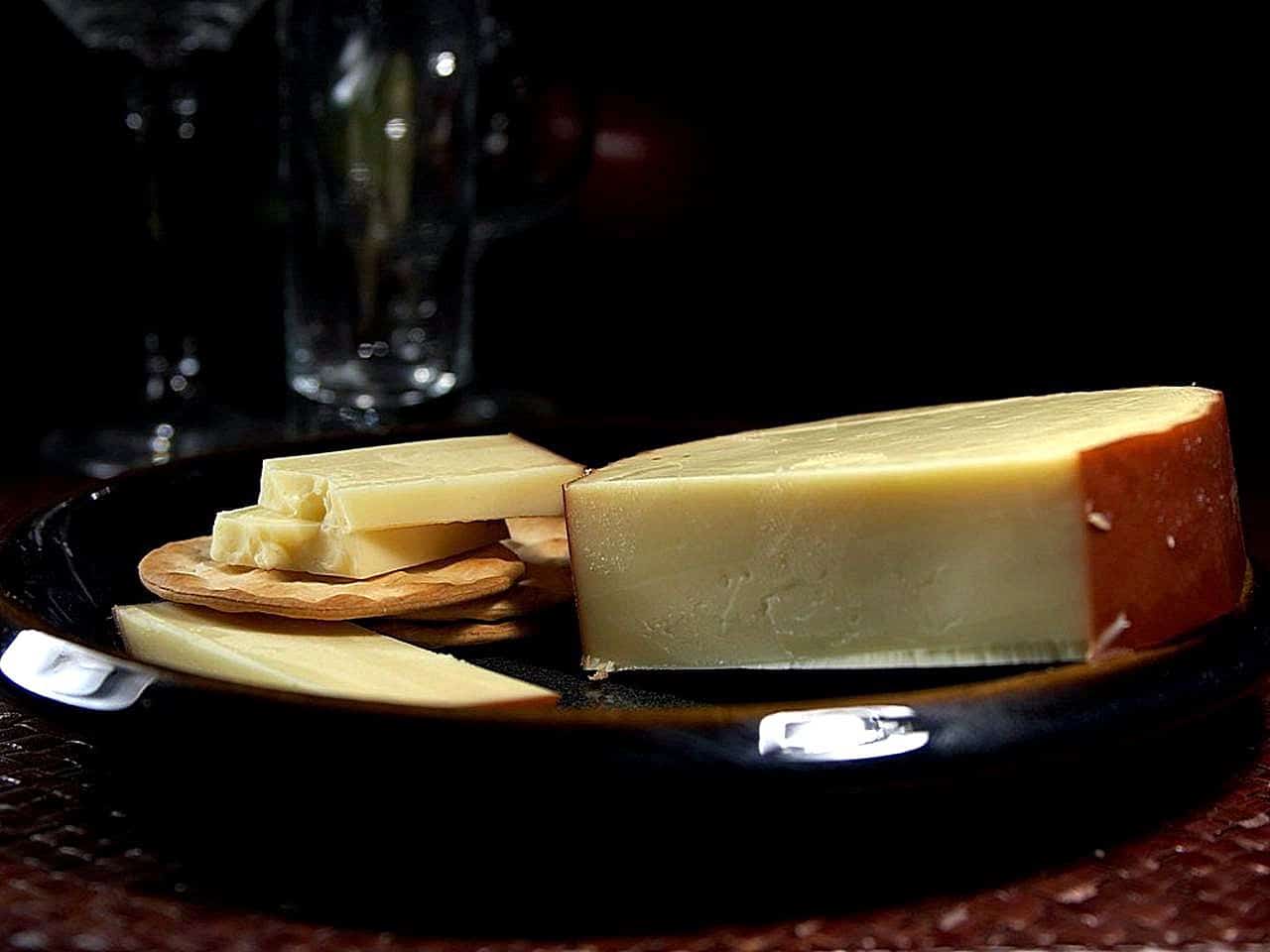 Gouda Cheese is one of the closest substitutes to Monterey Jack Cheese. It originated in the Netherland region, and it is also made from cow’s milk.

Moreover, it has a creamy texture and a bit of tanginess in its flavor. This cheese usually has a mild taste which depends upon how long it has aged.

Now, as you can see, it matches the texture of Monterey Jack cheese. It also melts with a bit of heat. Its slices are perfect to use in sandwiches, Mac and Cheese, and burgers.

Of course, you can use Gouda on a cheeseboard as well! You can also buy Gouda cheese either in slices or in blocks.

An aged Gouda cheese would match the flavor of aged Monterey Jack cheese as it has a more pronounced and more robust flavor. However, if the cheese is matured for more than a year, it develops a caramelized taste and crunchy texture.

You can get confused by the two types of Muenster cheese. One is the French version, and the other is the American.

The Muenster cheese is pale in color and smooth in texture. Moreover, it also has an orange rind that comes from a special seasoning added to it. Also, it is made from cow’s milk which makes it a perfect substitute for Monterey Jack Cheese.

When it comes to its usage, you can use it on sandwiches, pizzas, and burgers. 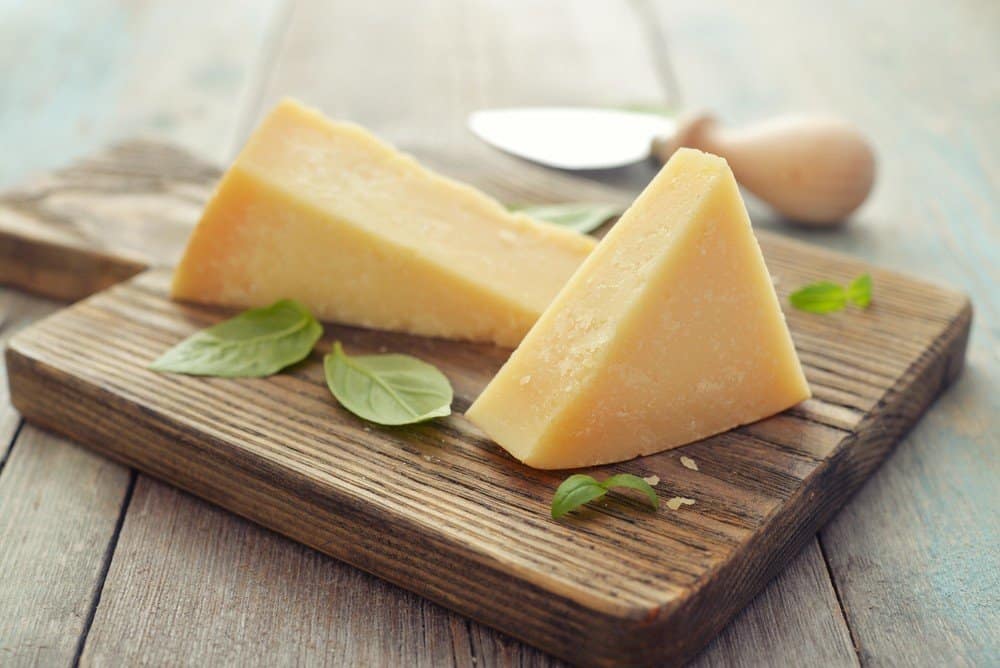 Parmesan cheese has a very nutty and salty flavor, and it is hard and brittle in texture.

The original Parmigiano Reggiano can become a good substitute for Dry Jack cheese. However, keep in mind that you go for the younger one instead of the aged one when using parmesan. It is because the flavor can get salty and overpowering.

Also, note that parmesan is the ideal substitute for Dry Jack Cheese, which is a variant of the Monterey Jack Cheese. So, you can grate it over dishes like pasta and Aglio e Olio.

It is made of cow’s milk and has a semi-hard texture. Colby is softer even if it has not been aged much. However, if you age it for a long time, it goes hard and dry. Hence, it won’t act as a proper Monterey Jack substitute.

Colby does not go through the cheddaring process, and the seasoning with annatto gives it an orange color. This sets it apart from Cheddar and Monterey cheese.

Remember that people don’t usually use Colby in cooking; instead, it is a table cheese. However, if required, you can use it with snacks and appetizers in place of Monterey Jack. 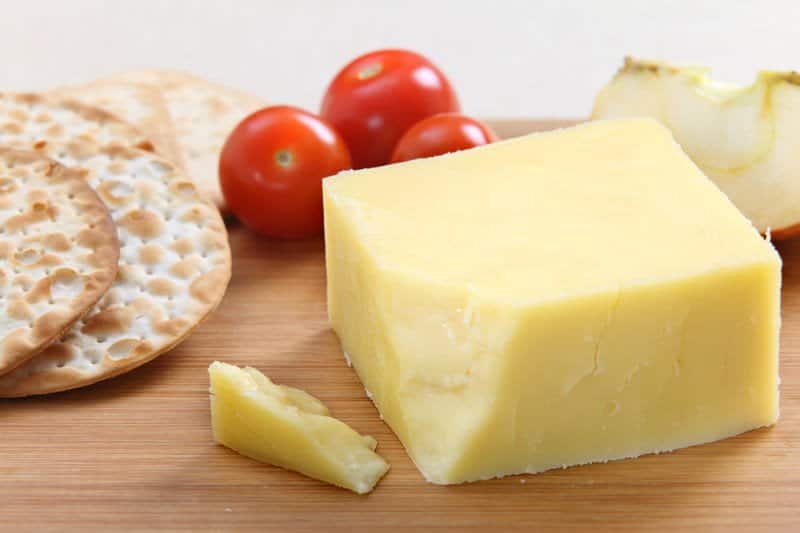 You should consider Cheddar cheese as a last resort substitute. It has a creamier texture than Monterey Jack cheese. However, as it ages, it can turn drier and crumblier.

Use this cheese only as an alternative in baking. You should keep its quantity to the minimum if you do not want a creamier texture to your baked dishes! 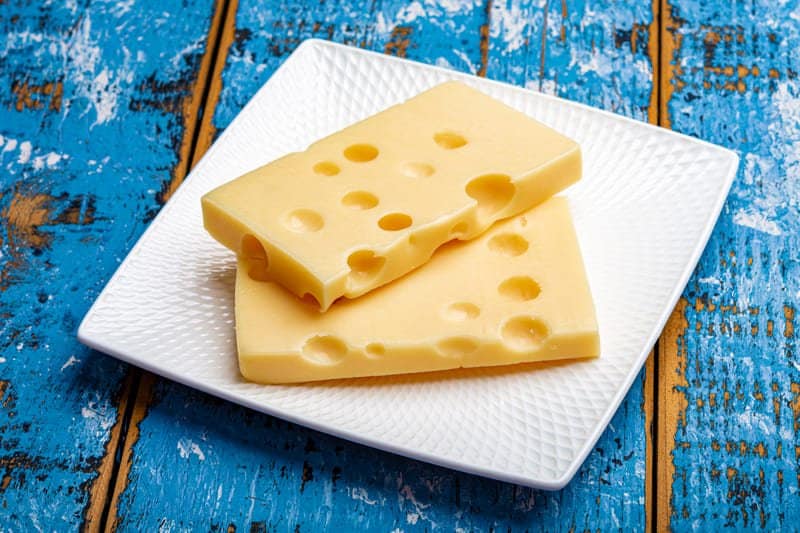 Emmental Cheese is native to the Emmental area in Switzerland.

Emmental is good enough for any dish requiring melted cheese such as sandwiches, pasta, cheese fondue, and even mac and cheese! 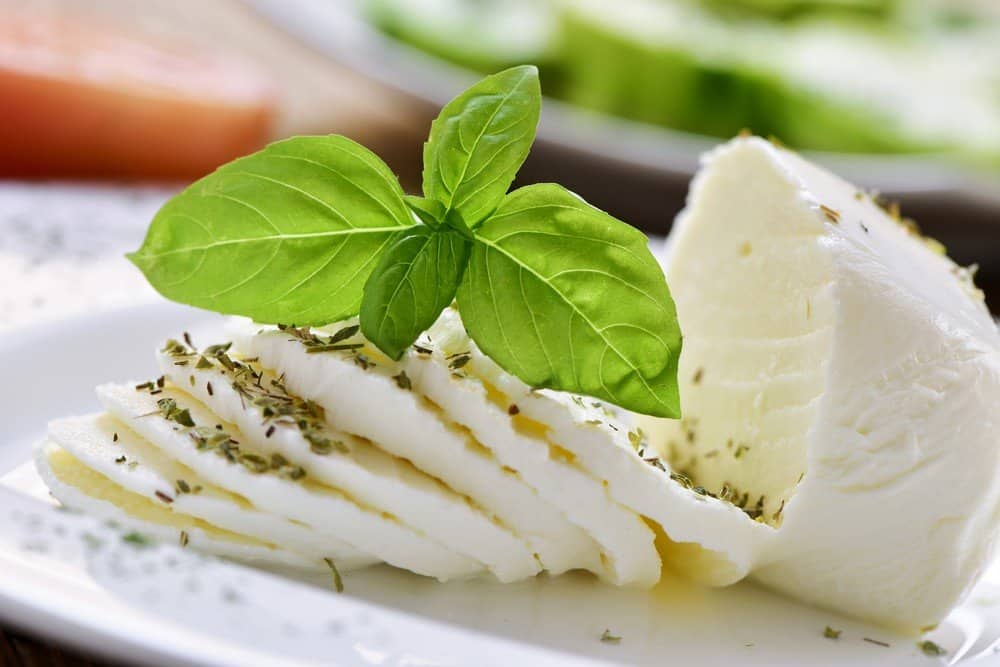 Fresh Mozzarella is not the perfect substitute, but the dried mozzarella works well. It has a creamier and smooth texture as opposed to the fresh one, which releases too much water.

You can use dried mozzarella in any dish like pasta, pizza, burgers, while fresh mozzarella works only in a few dishes. Mozzarella is a good substitute because of its melting quality and smoother texture. In addition, it has a creamy and mild flavor that resembles Monterey Jack cheese! 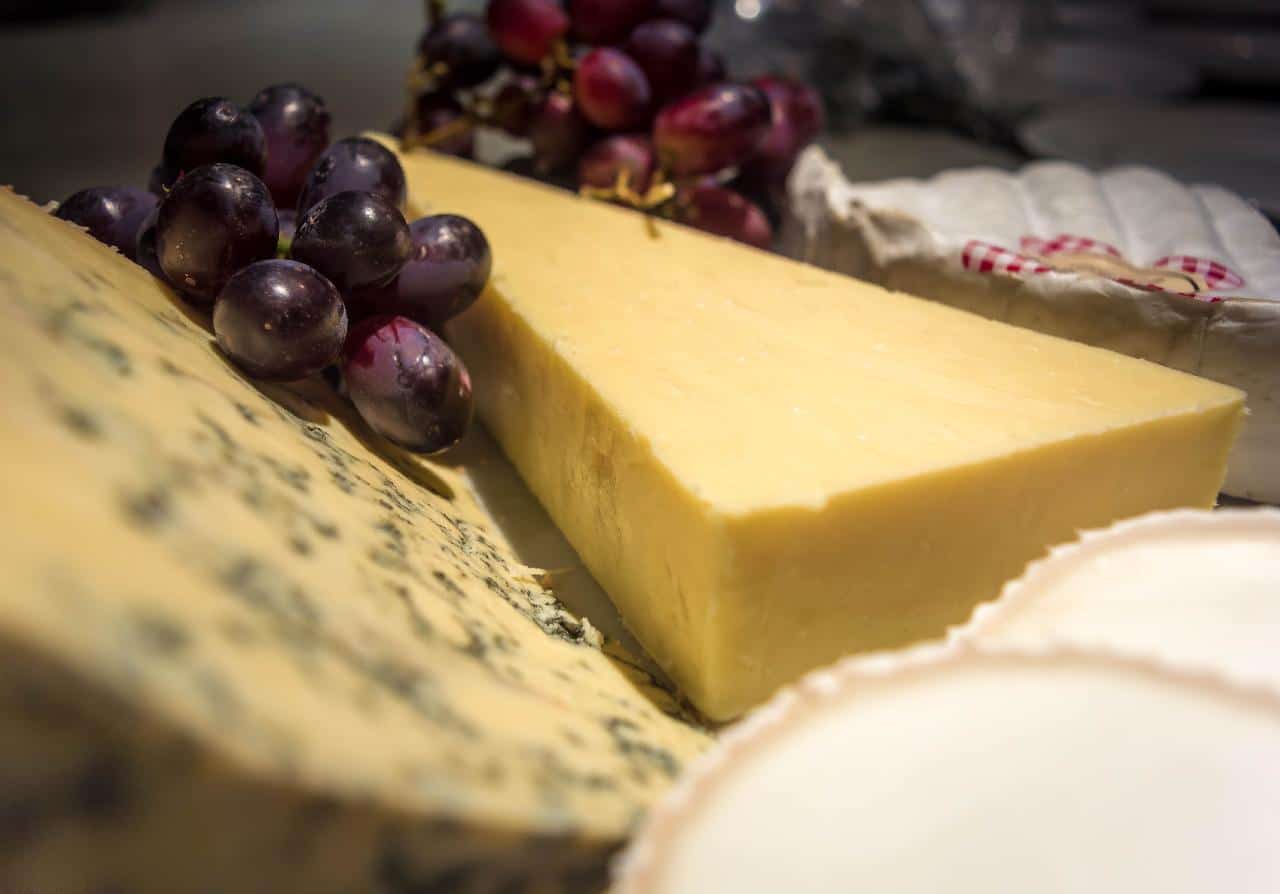 One of the finest cheeses in the world is Comte cheese. It comes from France and is made from unpasteurized cow milk.

Moreover, this cheese is smooth and creamy in texture, just like the Monterey Jack cheese! Keep in mind that it becomes challenging to balance the sweetness of this cheese because of its unpasteurized nature.

The nutty flavor of this popular cheese pairs well with vegetables, eggs, figs, and a glass of wine. You may use Comte cheese with pasta and sandwiches too! 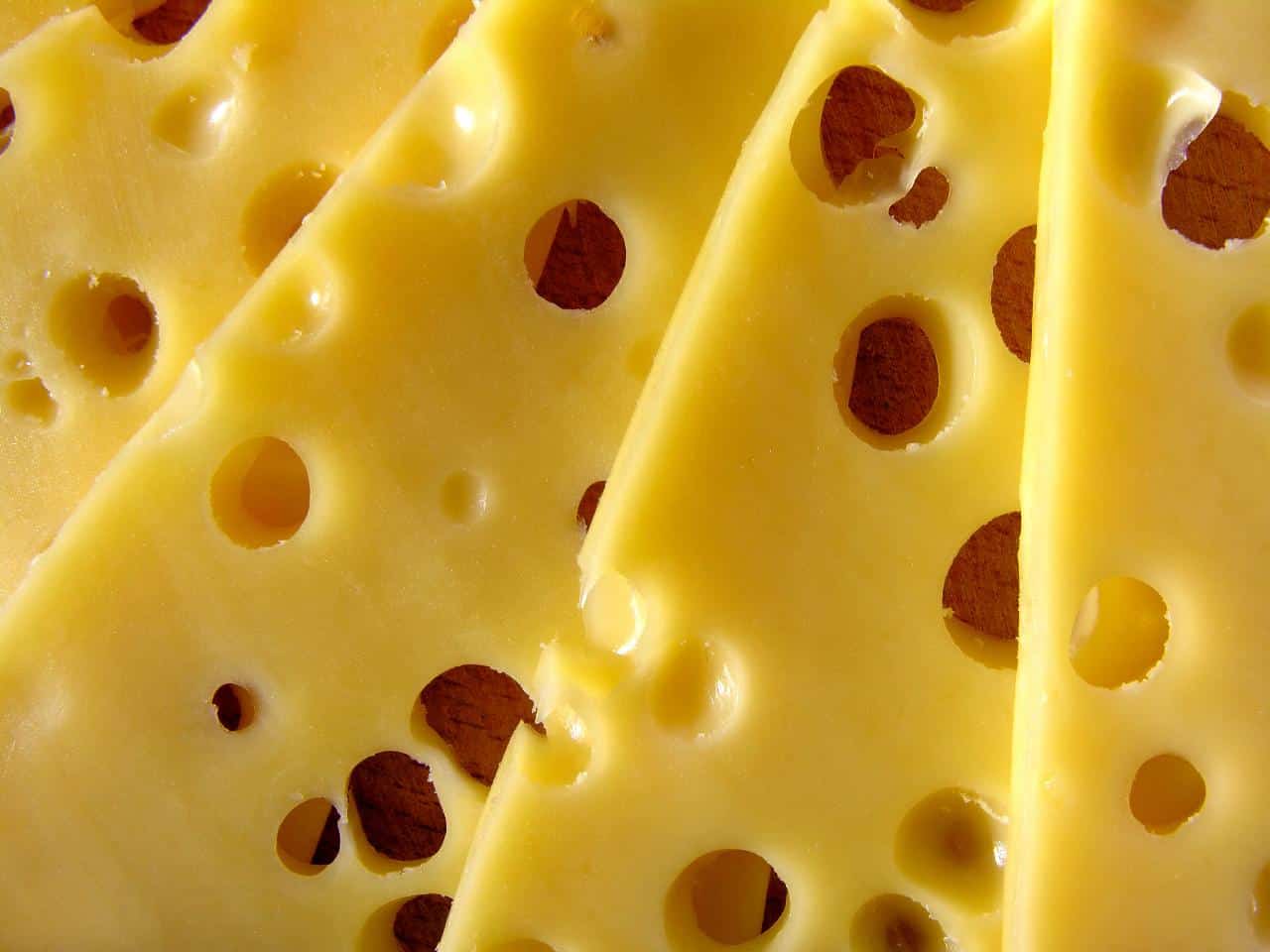 Swiss cheese is super versatile as it includes all the cheese which are native to Switzerland. You can use all varieties of Swiss cheese as a substitute as most of them are made of cow’s milk.

Hence, they have a creamy texture that resembles Monterey Jack cheese. You can use this cheese in cooking, baking, grilling, and pair it with almost all types of food dishes. 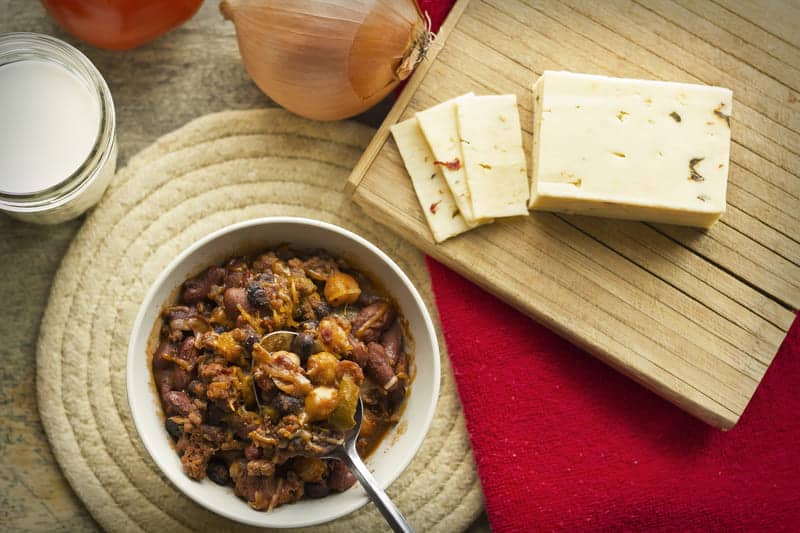 Pepper Jack Cheese is a derivative of Monterey Jack Cheese with a mild and buttery flavor. However, it is more on the spicy side as it has chilly peppers, bell peppers, and herbs flavoring.

It is not the perfect substitute but you can use this derivative in pizzas, pasta, hamburgers, crackers, and fruits to provide a slight punch to the taste! 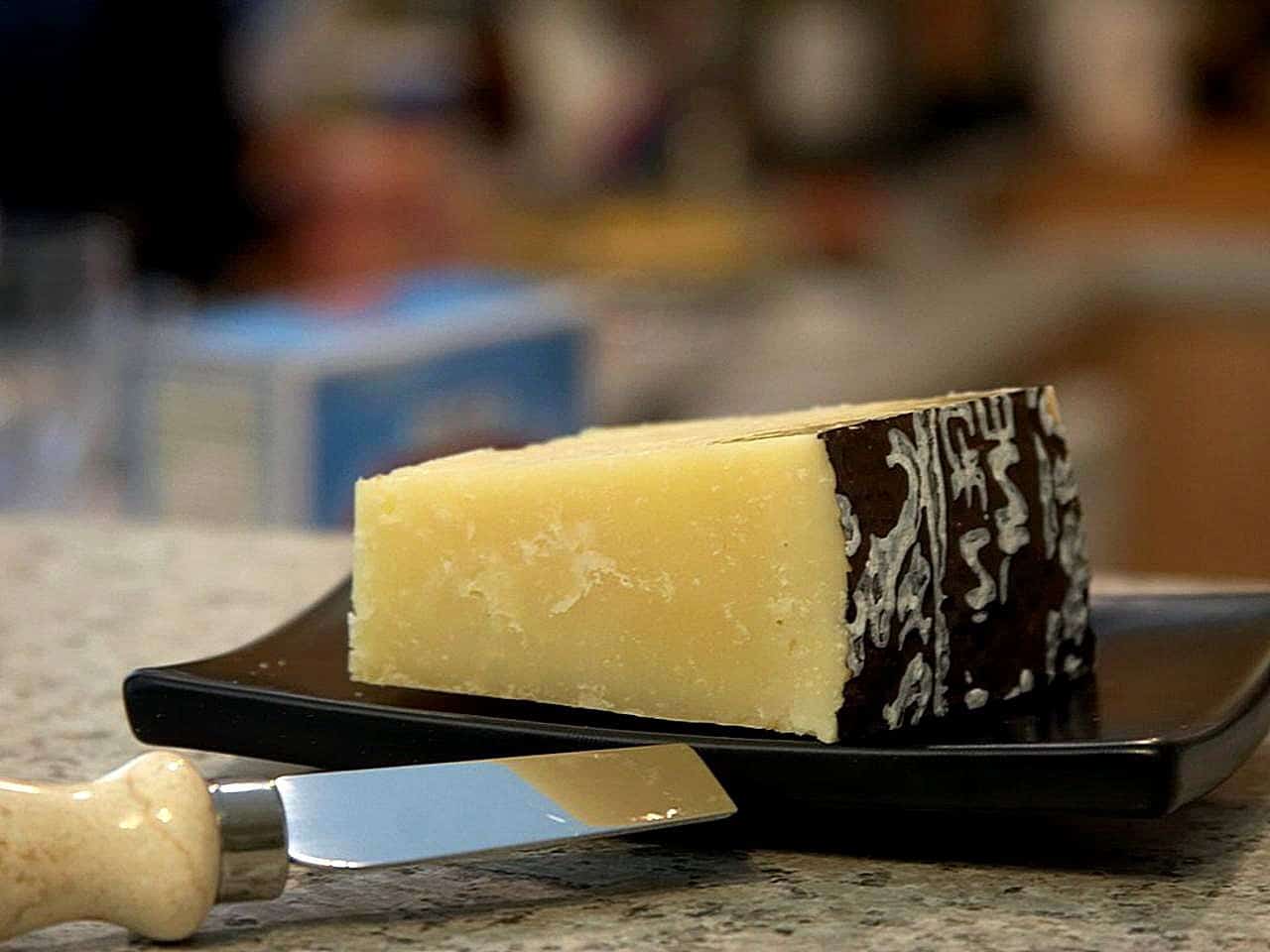 The taste is a bit nutty but it still resembles the buttery and tangy flavor of Monterey Jack Cheese. The best part about Gruyere cheese is that it also melts extremely well.

Hence, you can add it to dishes like pasta, fondue, casseroles, and more!

Can you substitute Mozzarella for Monterey Jack Cheese?

Yes, you can substitute Mozzarella for Monterey Jack Cheese. However, it is advisable to use only dried mozzarella as it is creamier and smooth in texture as opposed to fresh mozzarella.

Is Cheddar Jack the same as Monterey Jack?

Cheddar Jack is a derivative of Monterey Jack. Their creamy, mild, and soft characteristics are the same, but they are two different types of cheese.

Is there another name for Monterey Jack Cheese?

Monterey Jack Cheese is also known as Jacks’ Cheese. However, since the cheese was named after David Jack, who sold it commercially, it became Jacks’ Cheese.

What is Monterey Jack Cheese?

Monterey Jack Cheese is an American cheese that comes from the Monterey region of California. This cheese is very creamy and buttery in texture, and it melts with very little heat.

Hence it is perfect for all types of dishes that involve a creamy texture. It is popularly used in Mac and Cheese, lasagnas, grilled sandwiches, and burgers. 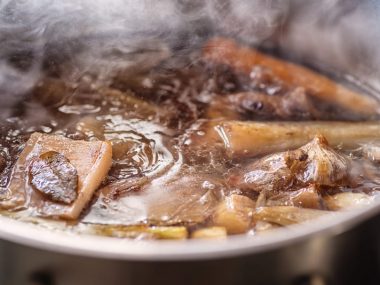 Read More
Must have ingredients in every kitchen for making delicious soups, sauces gravies, stews, casseroles, rice, and many other…
Read More 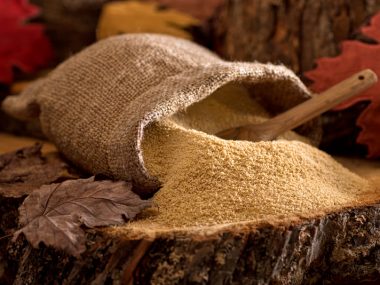 Read More
Sweeteners are a great way to add more tastiness to your recipe. Sugar is practically used in many…
Read More