6 Best Substitutes for Half and Half Milk

If you don’t know what “half and half” just yet, well let us enlighten you first. Half and half is simply 50% milk and 50% cream. All the richness of dairy products in one product. You can get this in so many brands but you can also make this from scratch at home.

Substituting Half and Half Milk 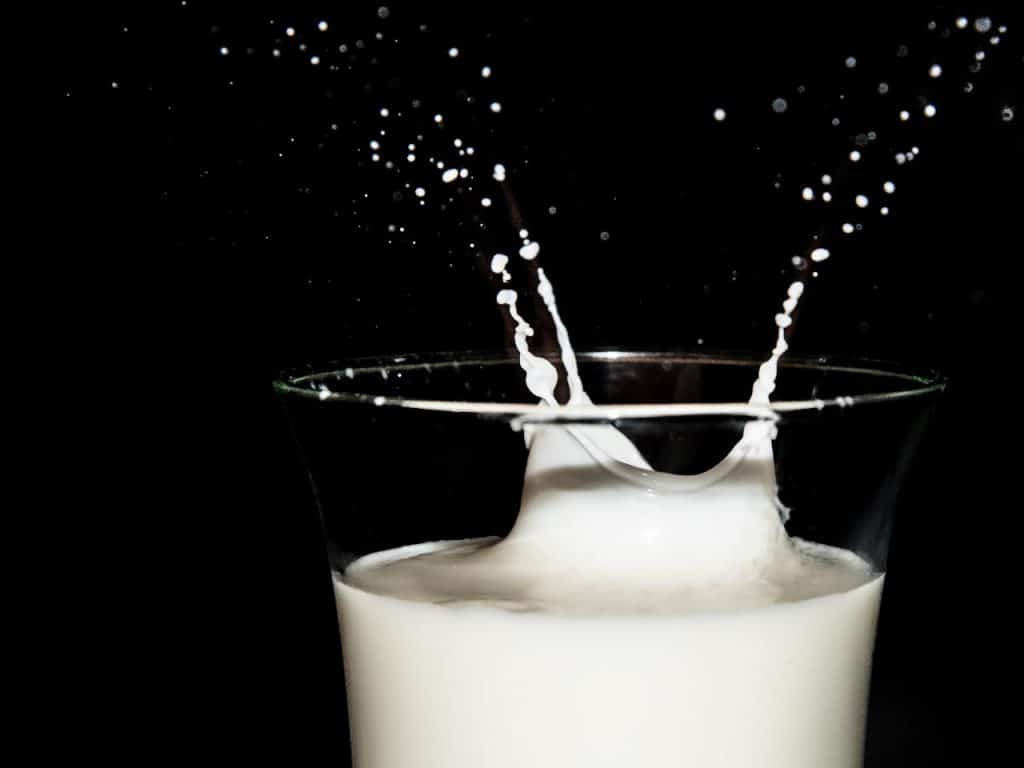 Whatever recipe you’re using with typical half and half milk, will work with this substitution. Not having heavy cream is no biggie, you can easily swap it with butter.

Ideally, unsalted butter is the way to go since it doesn’t add flavor. You can still use salted butter if that’s all you have at the moment. But you would need to eliminate or lessen your salt content as it is already salty from the butter.

When the recipe calls for more half and half content, just double the measure of your milk and butter.

In baking or cooking, butter has always been a key ingredient for making fluffy and moist treats. Avoid this combination for making drinks such as your favorite coffee concoction.

Apart from using whole milk when creating half and half, you can freely substitute it with low-fat milk, especially if you’re trying to stay away from too much fat or just watching your diet.

Although it’s not as creamy or flavorful as regular milk, the heavy cream will help the mixture to get that creamier consistency. This is pretty much the same ratio when using whole milk for the actual half and half milk. All you need to do is simply replace the milk product.

Some people put less low-fat milk for a creamier result. However, that might ruin the recipe. For the best results, do not cut the milk content when replacing it with a lighter version.

Some of you might not be a fan of heavy cream but don’t worry. We can find other alternatives in the market such as light cream.

For this combination, use 1 cup of whole milk. That’s because light cream when combined with too much milk might get too watery or less creamy.

When using light cream, lessen the content of your milk. Start with half a cup and work your way from there until you reach your desired thickness.

Another great substitute you can use instead of whole milk is skim milk. I like using it since it has retained its creamy and flavorful taste while keeping it somehow healthy.

Most dairy brands are now creating skim milk for more consumer options. Opt for the one that has more fat content if you like a creamier outcome.

Don’t overdo it or it will be too solid for your recipe. If you put too much heavy cream, remedy it with another round of skim milk until it’s perfectly creamy. 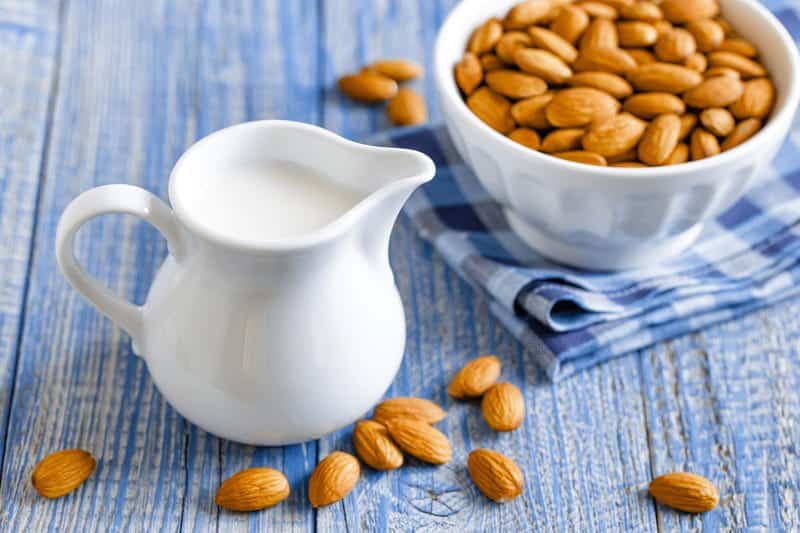 For the final substitution, surprisingly you can make almond milk happen for half and half. But this might not be a perfect choice for vegan individuals because we’re using heavy cream. If you can find a vegan alternative for heavy cream, then the better.

Almond milk is the lightest substitution for whole milk but the healthiest. It’s ideal for individuals who are watching their calorie and fat intake, while still enjoying their favorite dishes.

Almond milk is easier to work with because of the lightness and less creamy texture. With the help of heavy cream, you will not notice any difference. It is my go-to mix when preparing coffee. If ⅔ cup of heavy cream is too light for you, add another 2-3 tablespoons to adjust the consistency of this half and half substitution.

6. Vegan half and half milk 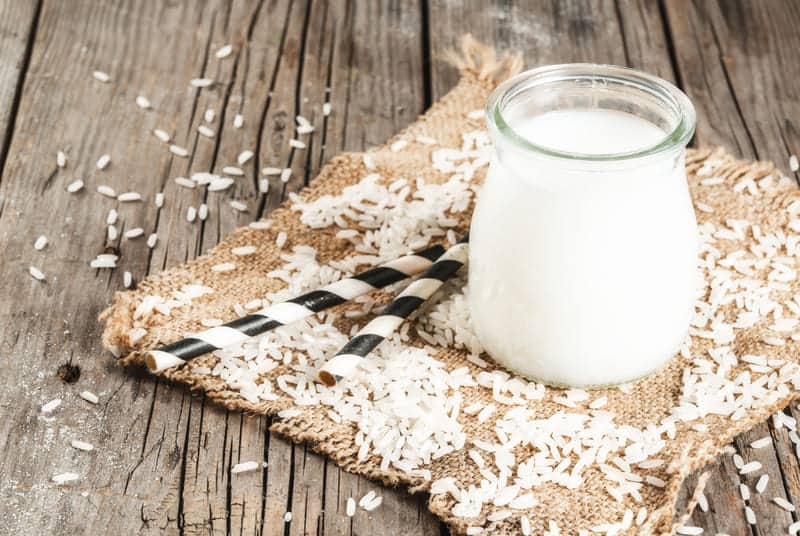 If you want it dairy-free all the way, the market is now offering vegan-friendly alternatives that will fit your diet. You can still enjoy the goodness of whole milk and heavy cream by using this alternative.

Most likely, you will find a ready-made vegan half and half milk packet. This is perfect for creating vegan smoothies, coffee, desserts, pastries, and other dishes.

Note that the consistency might not be exactly the same as using the original half and half milk but, it works. This can also be a good alternative not only for vegan but also for those who have lactose intolerance or has a sensitivity with dairy products.

Can I create milk with half and a half?

Yes, if you need it for your favorite cereal or making a dessert, just mix ¾ cups of half and a half and another ¼ cup of water. That should be a cup of whole milk that you’re substituting.

Is whole milk similar to half and a half?

No. Half and half is a mixture of heavy cream and whole milk. It has whole milk but whole milk is just one ingredient. Also, whole milk is thick but half and a half is thicker. They’re similar in a way but not entirely.

Can I dilute light cream to create milk?

When you lack milk for your baking dish, yes. However, i’s not great for drinking because when diluted, it doesn’t taste good. Also, some recipes need to dilute light cream when added, so that should work as an added ingredient.

Can you use half and half milk when making pancakes?

Yes, any milk substitute will do. You might wanna mix the half and a half with a little bit of water because it might be too thick.

Half and half is great for pancakes because it will make them fluffier and moist. I tried this and thought the pancakes might get too dense. But it was the opposite, half and half milk works for pancakes.

Can I substitute half and half milk for making bread?

Yes, the same goes with making bread, too. Truth be told, it has more advantages when you use half and half milk to bread since it provides more flavor and moisture.

However, it’s not great to use for all kinds of bread. Some bread recipes do not require milk at all. Try using half and half milk for white bread, Japanese milk bread, milk bread toast, or milk dinner rolls.

Can I substitute half and half for coffee?

Yes, definitely. I honestly think that it’s way better than just using regular milk. If you’re the type who likes their coffee creamy, thick and sweet, then half and half is the right choice for you.

Adding just the milk gives you that creamy taste but not the texture. Since half and half milk has heavy cream, it elevates the consistency of the coffee making it thick and smooth.

Milk is one of the most common products that we use for anything. Whether for cereal, coffees, desserts, and savory dishes, milk can do some wonders.

Whether you’re a fan of half and a half or not, you can still make your own version by following the substitutes we’ve presented above. Feel free to pick which one works best for you.

Have you tried any of the substitutes yet? Let us know down the comments below. Share with us your experience and how your recipe turned out. 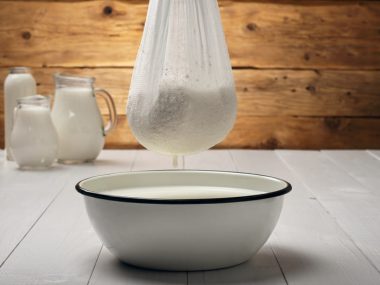 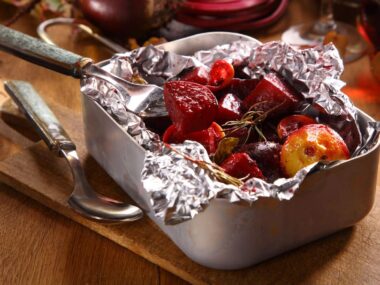 Read More
Have you ever wondered what to use in place of aluminum foil? Well, we certainly have! No matter…
Read More