If you are a fan of Korean culture, you have most likely heard of soju. it is a drink made of rice, barley, and wheat. This drink comes in many variations that use starches of potatoes and sweet potatoes instead of rice grains. However, the original recipe calls for rice.

This drink is an alcoholic drink from the spirit category with a rather neutral taste. Some even call it the Korean version of vodka as it has a clear color, like water and it is similar in taste. Even with these similarities, soju is not vodka.

The flavor of soju is sweeter and not as strong as vodka, with a mildly astringent taste. Also, soju made of sweet potatoes rather than rice tends to have an even sweeter taste.

If you have never had soju, get ready for a very interesting experience because this spirit is quite special.

Since soju has a sweet taste, it might trick you and you might end up drinking more than you need. Despite the sweetness of this drink, this is still strong. And as you consume soju plain, you will notice a mild feeling of kick on the throat.

In the next seconds, you will have a burning feeling down your throat that will leave you with a sweet aftertaste. Soju has also a refreshing flavor that stays in your mouth for minutes after you consume it.

Soju doesn’t just come in a plain flavor, even if this is its original form. This drink can also come in fruity flavors like green grapes, pineapple, peaches, blueberry, or pomegranate.

We have to mention though, that soju is not recommended if you are trying to lose weight. This beverage has a significant amount of calories. One bottle of Korean soju can add 527 calories to your diet, which is more than the calories you would get from beer.

Soju is mostly appreciated for its taste not only in Korea and other Asian areas but also in other parts of the world.

You might like the plain soju. But the fruity versions tend to be even more popular, but each one of us has subjective tastes and preferences. So, ultimately, you will have to try it to see if you like it.

This drink tastes better as an appetizer drink and you will enjoy a glass of soju before your dinner, as long as you like its flavor.

Is Soju Stronger Than Vodka?

Soju is stronger than beer, but it is not as strong as traditional vodka. It has 24% alcohol, which is less than vodka which has 40% alcohol.

However, in terms of taste and flavor, soju can be considered stronger than vodka. This Korean drink is much testier and more pleasant to drink.

Plus, it comes in many variations which we can’t tell about the more classic vodka.

So, if you are looking for a sweet and rich alcoholic drink but without the alcoholic content of vodka, soju might be the best option.

It is also used as an alternative to vodka for those people who prefer drinks that are not so rich in alcohol percentage.

Does Soju Get You Drunk?

As we stated, the sweet taste of soju might trick you into thinking that this drink can’t get you drunk. But it actually can get you drunk just like any other alcoholic drink.

In fact, you might get drunk without even realizing it since it is so pleasant to drink soju.

Depending on your resistance and tolerance to alcohol, soju can get you drunk even before you finish the bottle.

One bottle of soju is 360 ml. It is recommended to consume less than 2 bottles a week if you are to put your health first.

Alcohol reaches your brain in minutes once you start consuming it. But the more you drink, the drunker you will get and it is essential to know where to stop. This is why it is best to enjoy your soju at dinner since you can easily go to bed if you had too much of it.

Not only soju can get you drunk just fine, but it can also give you a memorable hangover. Especially if you never had this drink before and your body is not used to it.

How Do You Drink Soju?

Drinking soju is a very flexible practice. You can either pour yourself a glass of it and drink it as it comes out of the bottle or you can prepare it along with other ingredients.

You can also drink soju as shots. In fact, this is the most common form of consumption in Korea. However, this drink can be delicious in various cocktails as well. It is mostly used in fruity cocktails such as strawberry and ginger cocktails.

Mango melon soju cocktail is also a very popular option as well as the sesame mojito and Korean ice green tea and soju, which is one of the most interesting cocktails you can try.

How Do Koreans Drink Soju?

We will mention that in Korea, it is a true culture of drinking soju as there are social rules to be respected. For instance, no one at the table should pour their glass of soju. It is always someone else who does that for them.

The elder members of the group are also served first, as a form of social respect. When one person serves soju, both them and the receiver as required to put both hands on the vessels.

The first time you drink soju, you have to drink it as a shot. Also, do not make eye contact with the person who served you the drink while drinking it.

For future drinks, you will not have to do shots if you don’t want to so you can keep sipping your soju.

Some people, especially the elder ones, tend to shake or swirl the glass before drinking the soju but this is not a social rule. It is more of a habit that survived over time.

To understand if soju tastes like sake and how similar these two drinks are, we must discuss sake as well.

Just like traditional soju, sake is a traditional drink in Japan, made also of rice grains, but unlike soju, sake can’t be made of other starches. So, there is only one version of it which is the rice sake drink.

That being said, sake and traditional soju taste similar as they are both made of rice. But sake will taste very different from types of soju that are made of other starches and that have a fruity flavor.

Soju, however, tends to be sweeter than sake in all its versions while the Japanese drink is drier and has a stronger taste.

Both drinks can be enjoyed plain, with ice cubes, or as part of different cocktails.

However, we recommend you to taste both soju and sake in their traditional recipes before you combine them with other ingredients. That way you have a better idea of their original taste.

These two drinks are also made in different ways.

Soju is a distilled drink similar to vodka. Sake, on the other hand, is fermented and brewed. This makes it more similar to how beer is made.

The fact that these drinks are produced in different ways also alters their final taste.

Therefore, you will end up with two different drinks, even if the ingredients are similar. Also, it is important to mention that sake has less alcohol compared to soju with only a concentration of 14-16%.

Some drinks are based on soju. However, they contain other ingredients as well. In the case of these drinks, the percentage of alcohol will differ according to the extra ingredients found in the bottle.

With its unique taste and attached social rules when it comes to consuming it, this drink can give you an experience every time you have it.

It is the type of drink that will offer you a sweet, alcoholic taste that goes great with the delicious Korean cuisines.

Ultimately, soju is a delicacy drink all over the world, even if its purest and original form can be found in Korea. Look for this drink in the international section of your grocery store and give it a try if you can get your hands on it! 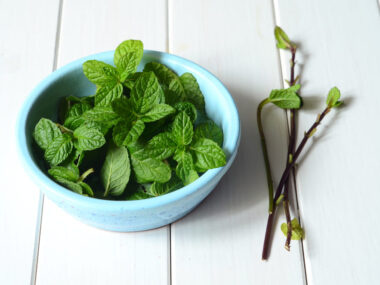