Food tastes better when you add something different. It can be a sauce, a different ingredient, or maybe a simple broth.

The broth is a flavored base used by chefs to enhance the flavor of the meal they are preparing. However, the next dilemma is whether to use chicken broth or bone broth.

When it comes to the argument over whether bone or chicken broth is better, the answer that would dispel your doubts will require a little more explanation. As a result, we have dedicated a lengthy post to answering all of the conceivable queries that may arise in your mind.

What’s the Difference Between Chicken Broth and Bone Broth?

Chicken and bone broth are different, but most tend to think that both are the same mistakenly. The following are some reasons why bone broth and chicken broth are so significantly different:

Which is Better, Bone Broth or Chicken Broth?

When it comes to health, taste, and flavor, bone broth is the more flavorful one. Chicken broth, on the other hand, is healthier.

Bone broth is made from roasted bones that are simmered for 24-48 hours over low heat. Slow simmering releases gelatin from the bones as well as calcium, collagen, glucosamine, and other minerals to the broth.

Hence why bone broth is healthier; speaking about taste, we can attribute it to slow cooking as well. Since when simmering for a longer time, the broth tends to get more immersed in flavor.

Bone broth is usually consumed straight from the pot and is not used in cooking as much. However, it is said to be good for the skin, bone strength, the digestive system, and sleep.

On the other hand, chicken broth can be cooked relatively quickly, within minutes. They have quite the salty taste more than bone broth which has a rather subtle salty taste.

Bone broth is more suited to improve overall health and skin tone. Chicken broth, on the other hand, is known to be highly nutritious and beneficial for intestinal health. 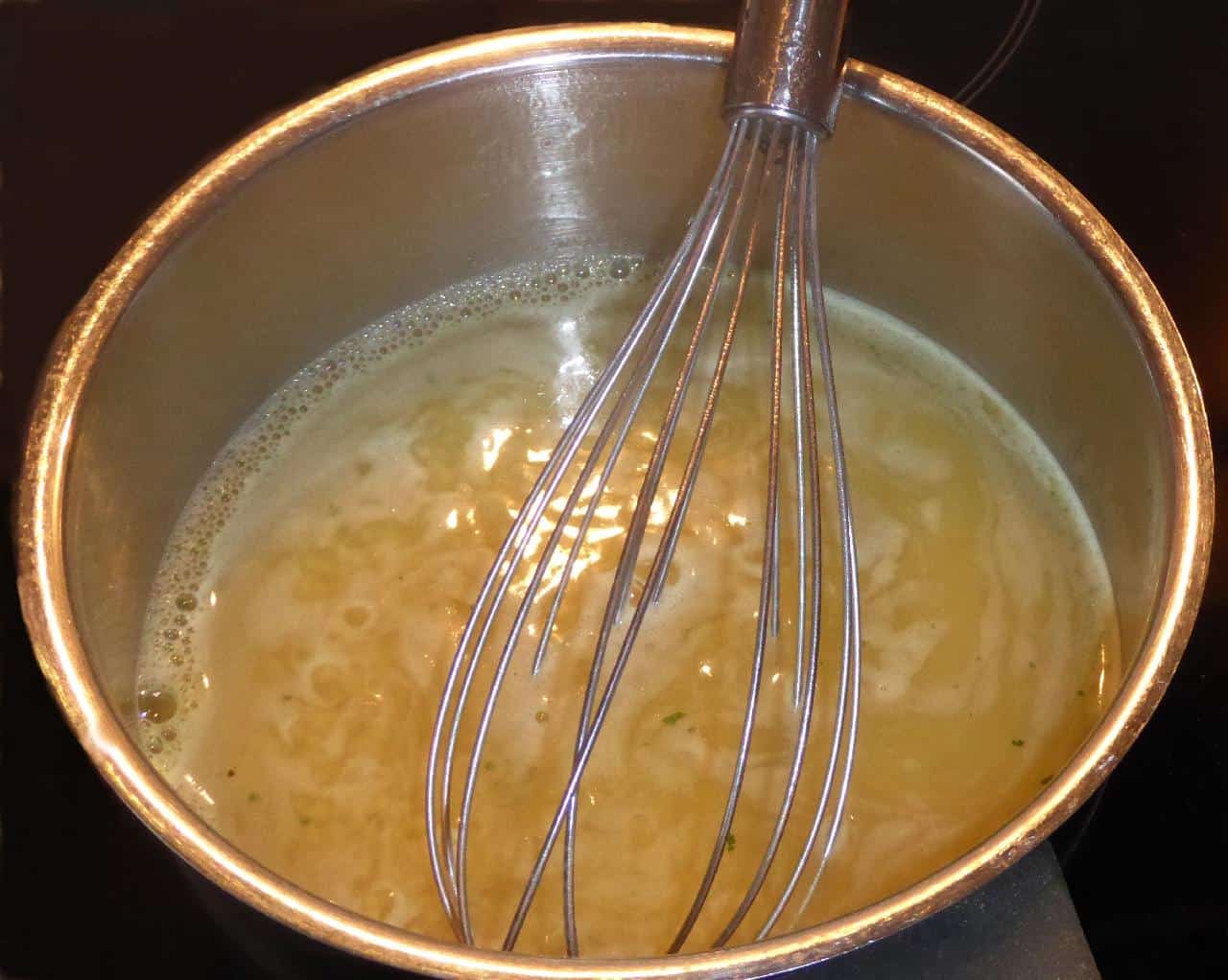 Can I Substitute Bone Broth for Chicken Broth?

You can use bone broth as an alternative to chicken broth.

Though in terms of taste and flavor, both differ vastly, the fact that they enrich the flavor of the meal you are adding the broth to is an indisputable fact.

Whether it’s a delicious gravy or a rice dish or a soup, the addition of bone broth will influence the overall taste of the dish it is being added to.

Is Chicken Broth the Same Thing as Bone Broth? 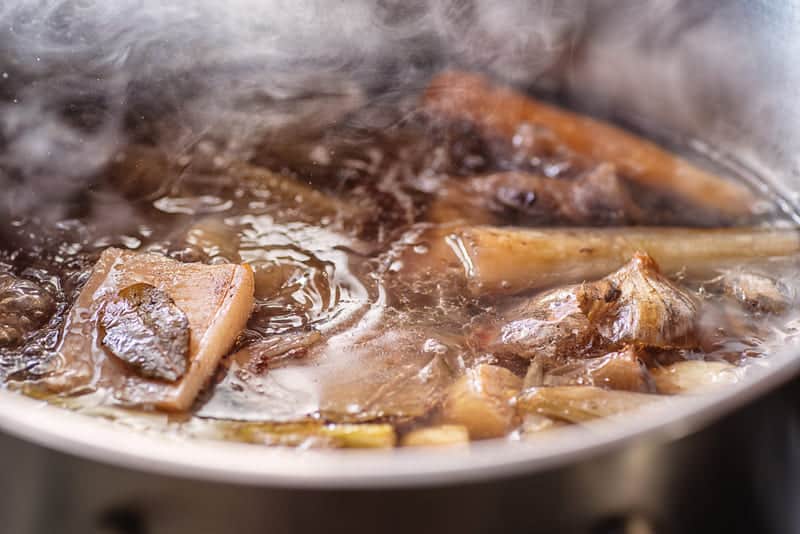 Chicken broth and bone broth are not the same. The process of preparing them is similar, but other essential characteristics such as taste, flavor, and nutritional content are not.

Chicken broth is derived from the bones and meat of chickens. Then, the meat and bones are simmered on the stove with other spices and vegetables for a short time.

The broth is stored after it has been thoroughly boiled and can be used as a base for creating other dishes for some time. Also, when compared to bone broth, chicken broth has a lighter tint.

Bone broth is similar to chicken broth; however, it has roasted bones and thin connective tissues, as well as spices and vegetables, instead of meat.

Bone broth can also be used as a foundation for meals, but it’s more commonly consumed as a soup. This is because bone broth is healthier and more flavorful, and it enhances skin radiance and body composition when consumed.

Bone broth is typically made from cow bones, but other animal bones can also be used. Because bone broths are simmered for longer periods, they have a stronger flavor and scent, as well as a darker look.

What Goes Well With Bone Broth?

In some cuisines, bone is added as a staple ingredient to impact the overall taste and flavor of the meal. If you’re wondering what foods go well with the broth, here’s a list of suggestions:

For a delicious meal, the meat should be well marinated in a marinade.

Along with spices and salt, add some bone broth to your marinade and witness the wonderful enrichment in taste afterward.

Stews are already healthy meals, but when you add bone broth to them, the flavor is amplified even more. Bone broth can also be used to enhance the flavor and nutritional value of vegetable stews.

Not to exaggerate, but almost every soup incorporates bone broth for a richer flavor. The deep peppery flavor of the bone broth adds more flavor to the soup while also adding extra nutrients.

No one could ever resist the luxe creaminess of mashed potatoes.

So, you can easily pinpoint the difference between bone broth and chicken broth by identifying which has a less salty taste.

Furthermore, bone broth can be pretty bland since it is not made with many spices and veggies compared to chicken broth. 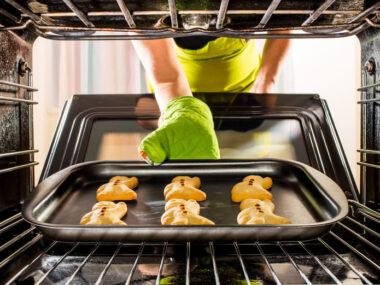 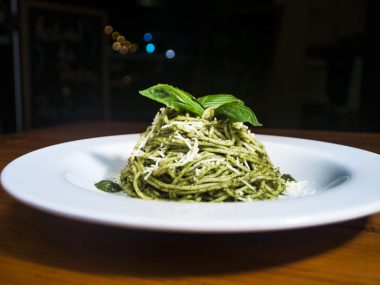 Read More
Any type of pasta dishes can be a perfect party starter or dish at home. Whether you prepare…
Read More