How to Tell When Corn is Done Boiling?

It is perfect to enjoy perfectly tender corn, whose kernels just burst with sweetness!

On the other hand, if the corn served is chewy, old, or overcooked, it ruins the whole mood. You should avoid having corn that isn’t cooked with proper instructions as it is awfully dry.

Therefore, how do you tell when corn is done boiling?

When the corn is done boiling, its kernels look more plumper, and the yellow color of the corn gets more intense. You can also determine if it is done by pricking one of the kernels while it is still hot with a fork.

To know more about how to tell when corn is done boiling, read on!

How Do You Know When Corn is Done Boiling? 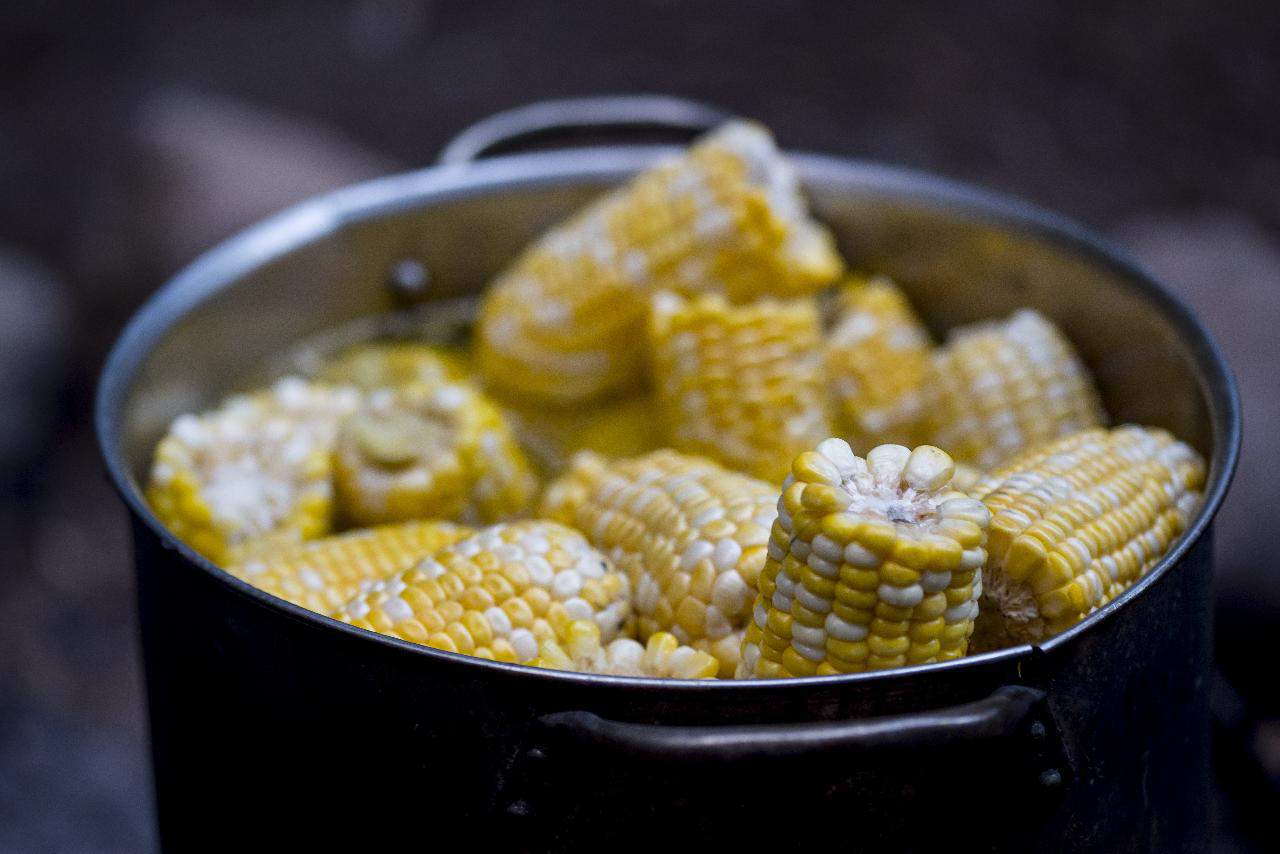 There is nothing less manageable than a bowl of mushy corn, which can result from excessively boiling the corn. Note that corns aren’t that difficult to boil, but you should know when to take them out from the boiling water.

There are quite some ways to tell if your corn is done or not such as the following.

Method 1: Look for the color change

The first and most obvious indicator of boiled corn is the color change. When throwing the corn in the boiling water, look for the yellow color to get more intense.

As soon as the color is intense enough and looks plumper, that is the sign to get the corn out of the boiling water. The change of color to a deeper yellow is a sign that the conversion of sugar to starch has taken place!

Method 2: Time taken by the cob to dry off

After putting the corn in boiling water, wait for 5 minutes. Next, with the help of some tongs, lift a cob out of the boiling water.

Check how quickly the steam dries off the cob when pulled. If it is done, it is supposed to be hot. This would dry the steam off fast. Accompany this method with the color method just to be sure.

When you submerge the corn in the water, let it boil for a few minutes. Afterward, to check if the corn is done, you should poke a knife on one of the kernels.

The already done kernels are tender and crisp. Hence, when you poke them with a fork, it will pierce into it. The perfectly cooked kernels are also often plumper than usual and have the highest level of sweetness and tenderness.

However, this may also depend on the corn’s freshness.

How Much Time Do You Boil Corn?

Generally, the boiling time depends on the amount of corn you are using in one batch. The more corn is added, the more time you will need to boil them.

For instance, fresh corn takes a shorter interval to boil than pre-packaged corn. They take less time to boil into plumper kernels because of the amount of extra moisture they withhold.

Can You Boil Corn on the Cob Too Long?

You should avoid boiling corn on the cob for too long. The fresh corn, when boiled, tends to lose its sweetness.

Excessively boiling the corn can also make it chewy. You can also prefer to steam the corn or microwave it to avoid firm and chewy kernels due to excessive boiling.

How Long to Boil Frozen Corn on the Cob?

In winter, when there is limited access to corn, you can always opt for the frozen version. Moreover, it is convenient to use in soups and stew.

Though, the frozen kernels take less than 5 mins to boil.

Tossing the frozen corn in the fridge to defrost can help you lessen the cooking time. It does not affect the taste, and it can become helpful when cooking a last-minute dish.

How Long to Boil Corn off the Cob? 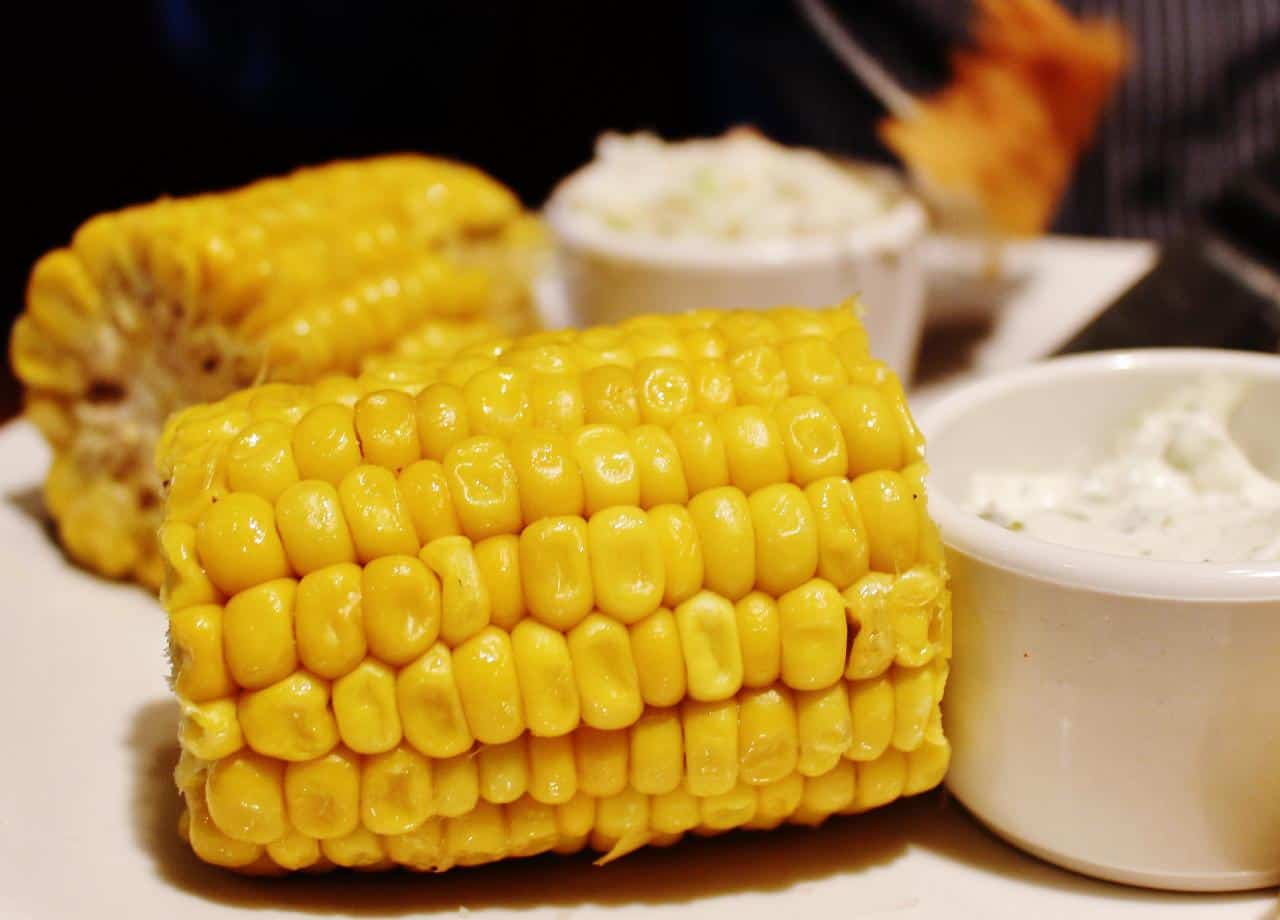 It takes around 5 minutes to boil the corn off the cob.

The corn should be boiled and carefully taken out of the boiling water. You should separate the corn from the cob with the help of tongs.

If the boiled corn is proper, the kernels would look plump and come off easily. You can also keep it to rest for 15 minutes, and it won’t be tough after resting.

How many whistles does it take to boil corn?

After adding enough water along with a pinch of salt to the cooker, you should fully submerge the corn in the water.

Set the pressure cooker on a high flame, and after the first whistle, let the corn simmer in the water for around 12 minutes on a low flame. Then, take the corn off the water and check if it is perfectly boiled by poking a sharp knife onto it.

Does corn float when boiling?

When you boil corn, it tends to float. So, I advise you to cover the pot as you bring the water back to boil on high heat. This will allow the corn to get submerged back in the water and cook fully.

Why is my corn very chewy after boiling?

When boiling corn, the kernels tend to get affected by the spreading heat of the boiling water. The heat breaks the corn’s cell walls which affect the subtle crunch of the corn.

So, unlike the perfectly cooked corn, overcooked corn turns out to be chewy or mushy. To avoid this, boil the corn until it is holding the crisp but you can also pierce it with a fork. 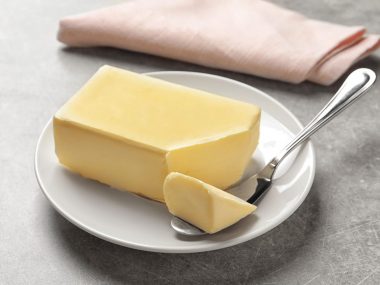 Read More
You will find on the market both salted and unsalted butter. If you prefer salted butter but you…
Read More 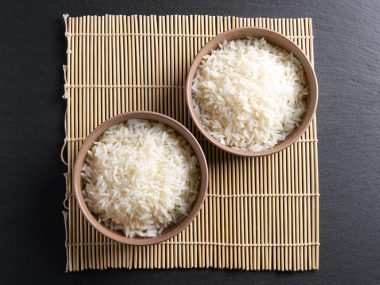 Read More
If you have to choose between basmati rice and jasmine rice, it is very important to know the…
Read More