Sesame Chicken Vs Orange Chicken: Which Is Better?

What is your favorite chicken meat-based Chinese dish you are usually ordering in a restaurant? Have you heard of sesame chicken or orange chicken? If so, which one do you prefer?

If you can’t decide which one to choose because they are both tasty even if they have a different flavor, we will help you to decide with this article. Because it is just a matter of taste to tell which one is better.

Sesame chicken and orange chicken have one common ingredient-chicken meat, but they are also made with different ingredients and sauces.

Chicken meat is one of the most used ingredients used in Chinese cuisine. There are many Chinese dishes made with different parts of the chicken. Both sesame chicken and orange chicken are North American variations of similar Chinese traditional dishes.

In Chinese cuisine, there are similar dishes made with different ingredients which have different flavors. Sesame chicken and orange chicken are popular dishes usually found in North American Chinese restaurants.

Sesame chicken is made with battered and deep-fried boneless chicken meat, coated with some sweet sauce. The sauce is made with rice vinegar, brown sugar, honey, wine or sake, soy sauce, sesame oil, and garlic.

In the end, the sesame chicken dish is topped with toasted sesame seeds and usually served with rice, baby corn, or broccoli on the side.

The orange sauce is made with orange juice, soy sauce, rice vinegar, garlic, sugar, red chili peppers, ginger, and orange zest. This dish is usually served with rice or noodles. 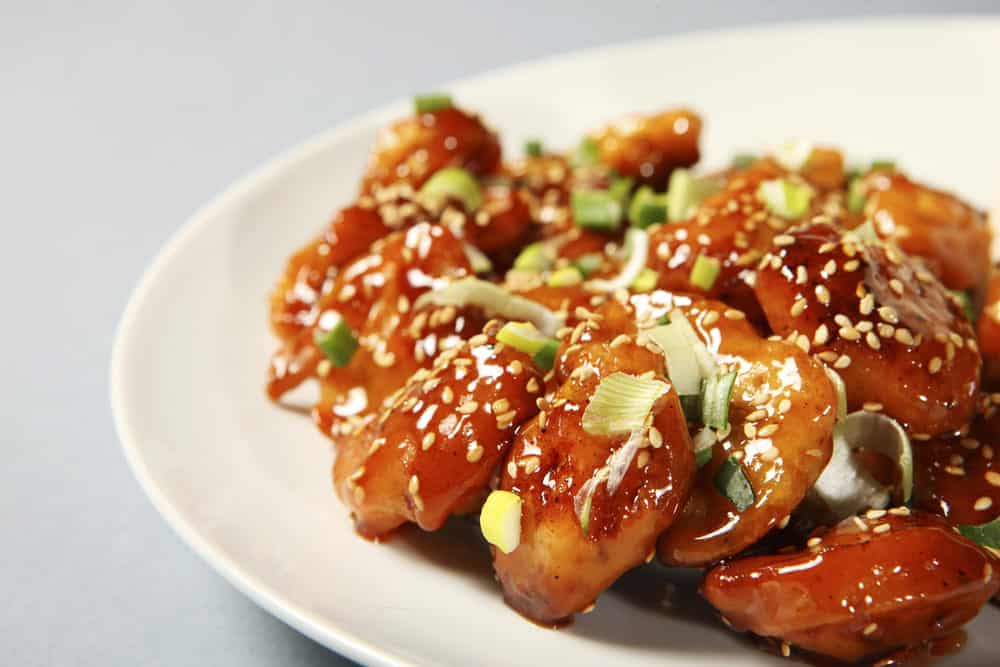 Which Is Better Sesame Chicken Or Orange Chicken?

They are both good depending on which taste you prefer more.

They are both made with chicken meat but have a different sauce which gives them a different flavor.

So, if you want spicy food with orange flavor choose orange chicken. But if a sweet, nutty flavor is your favorite go for the sesame chicken.

They are both tasty and will give you a unique flavor that you will like to taste again.

Which Is Better General Tso Chicken Or Sesame Chicken?

General Tso’s chicken and sesame chicken have amazing but different flavors because they include different ingredients.

Therefore, the better is the one which flavor you like more. If you like spicy food, go for general Tso’s chicken. But if you prefer sweet, nutty flavor sesame chicken is the right dish for you.

The chicken meat is first marinated in Shaoxing wine, salt, water, and white pepper. Then it is battered, deep-fried, and mixed with the sauce together with vegetables like broccoli, carrots, and bell peppers.

General Tso’s chicken dish has a sweet, spicy, umami flavor and is usually served with rice and noodles. While usually the chicken meat used for the preparation of the sesame chicken dish is not marinated.

It is battered, deep-fried, and mixed with the sauce which is made with brown sugar, soy sauce, honey, sesame oil, garlic, and rice vinegar. In the end, the dish is sprinkled with toasted sesame seeds.

Sesame chicken dish has a sweet, salty, and nutty flavor with hints of garlic and soy sauce. It is usually served with rice, broccoli, or baby corn on the side.

General Tso chicken and sesame chicken include different sauces. So, they have different flavors and that is their main difference.

They are both very popular dishes served in Chinese restaurants in North America. General Tso chicken and sesame chicken are made with similar ingredients and the chicken meat is cooked similarly.

There are also many variations of these recipes made with different ingredients. But they are all using chicken boneless meat as the main ingredient.

Sesame chicken is prepared with sesame oil and topped with toasted sesame seeds which gives a sweet, nutty flavor to the dish, whereas the hot chili peppers used in general Tso’s chicken dish makes this dish spicy and with a different flavor than sesame chicken.

Depending on your taste you can pick one of these dishes and enjoy their flavor because they are both tasty.

What Chicken Is Similar To Orange Chicken?

General Tso chicken has a similar flavor to orange chicken, even if it doesn’t have orange zest and orange juice. Both dishes share the same ingredients such as soy sauce, garlic, sugar, chili peppers, and rice vinegar which gives them similar flavors.

Orange chicken has a sweet, slightly spicy orange flavor, while general Tso chicken has a more spicy, sweet, umami flavor. Depending on the number of chili peppers used in general Tso’s chicken it can be very hot.

While orange chicken is usually made with smaller amounts of chili peppers and is less hot than general Tso chicken. They are both yummy dishes with different flavors that you can also make at home and adjust the ingredients to your taste.

Sesame chicken and orange chicken are tasty dishes made with crispy fried chicken meat. If you don’t know how they differ we hope that we helped you to learn with this article.

So, the next time you are ordering takeout from your favorite Chinese restaurant, you will know which one to choose. Or you can try them both and decide which one you like more. It is really up to you. 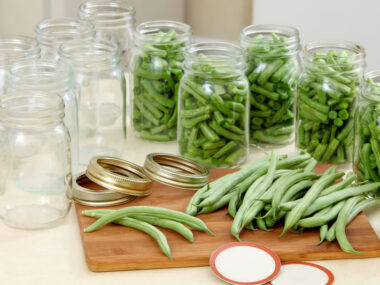 Read More
If you thought to can your green beans instead of purchasing them already canned, you came to the…
Read More 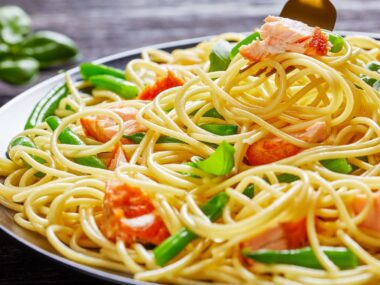