Sweet Tea vs Iced Tea: 6 Key Differences You Should Know

There is nothing like a glass of fresh iced tea in summer. However, did you know that the iced tea you drink could very well be sweet tea instead? There is not much of a difference, but many people have wondered before what sets them apart.

For people with a sweet tooth, if you didn’t know what sweet tea is until now, chances are you might discover something that suits your taste buds better with this article. Sweet tea is a variation of iced tea, but all iced tea is not necessarily sweet tea.

We shall be discussing the key differences and what makes each one unique. So, hang on to find out more about these summer coolers.

What is Iced Tea? 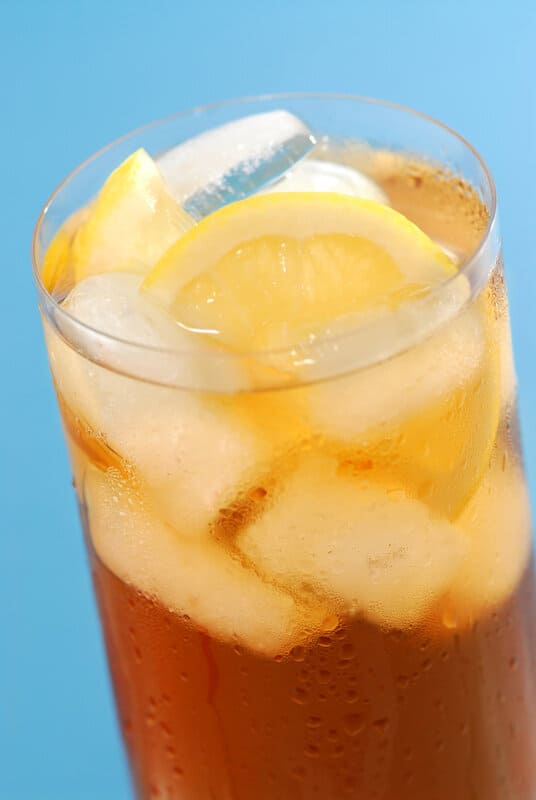 Iced tea is a type of cold tea brewed with tea leaves and water, then cooled down to serve with some ice. It is sometimes sweetened with sugar, syrup, or other natural fruits such as apples, lemons, raspberries, oranges, peaches, etc.

Unlike commercial iced tea, the beverage does not need to be sweet. It is a staple drink in many different parts of North America. And is sometimes just served iced without the added flavors. It is a great way to cool down during summers.

What is Sweet Tea?

Sweet tea is a standard staple beverage in South America and Indonesia.

It is often made by adding a sweetener (honey, sugar, or syrup) to black tea while it is still being brewed. Sweet tea is mostly always served cold with extra sweeteners such as citrus fruits. 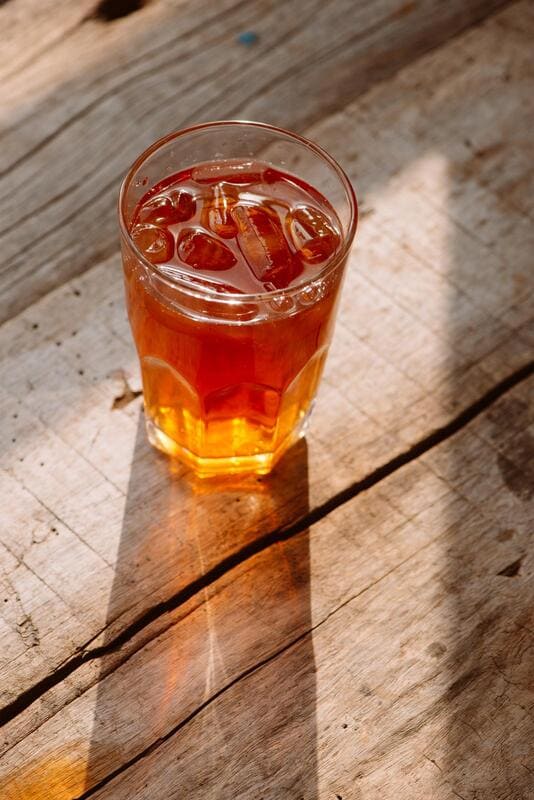 It has also been called “America’s version of iced tea” and comes in many variations. Sometimes sweet tea is even mixed with liquor to make a special tea punch.

The presence of sweet tea on a menu is often used as an indicator of whether a region in the US is considered part of the south or not.

The table below gives a quick overview of the differences between sweet tea and iced tea.

Let’s take an in-depth look at the differences between sweet tea and iced tea.

Iced tea is referred to any tea which has been cooled down and served with ice. The procedure to make it is the same with any sort of tea, and then ice is added.

No special ingredient except ice is needed to make iced tea. Traditionally, it is made with black tea. On the other hand, sweet tea is served with ice though that is not important.

Sweet tea is a particular tea made by adding sweeteners to the tea while being brewed. It gains its flavors from sugar, syrup, juice, honey, artificially flavored fruits, alcohol, condensed milk, etc.

However, being sweet is not a necessity for iced tea. Sometimes herbal tea is cooled down and served. It is flavored with lime, lemon, passionfruit, peach, orange, raspberry, strawberry, cherry, etc.

On the other hand, sweet tea is served sweet at all times, whether commercially or made at home. In fact, being sweet is the main identity of sweet tea.

Sugar levels can sometimes be as high as 22g per 100g. Moreover, it is commonly flavored with lemon, peach, raspberry, or mint. Sometimes baking soda is also added to neutralize acidity.

Although iced tea is recognized in its sweet tea form, any tea served iced is known as iced tea.

For e.g., iced bubble tea can also be considered a variation of iced tea. Alternatively, sweet tea is basically black tea with additional sweeteners. Hence, it looks like black tea.

Iced tea’s origins can lead to southern parts of the US, but it was popularized at a St. Louis fair. On the other hand, sweet tea originated in Southern USA.

In fact, sweet tea is is a staple drink in certain regions. It was originally made from green tea, but that was switched to black tea during World War II.

Iced tea is never served hot. If there is no ice or not served cold, it is not iced tea. Sweet tea, on the other hand, always has to be sweet. And the addition of ice is not important.

Although it is most popular in America, iced tea has many variations where 85% of citizens drink more tea. Many countries serve their versions of iced tea.

For e.g., in Singapore, iced tea is black tea served chilled with lemon. In Japan, it is called ‘bancha.’ Thailand has its own variations of coconut milk iced tea as well.

However, being a staple southern US drink, sweet tea is primarily served in its traditional form.

The only variation of sweet tea is found in Indonesia, where the sweetener is sugar cane. This is a much healthier type of sweet tea.

What is the Main Difference Between Sweet Tea and Iced Tea? 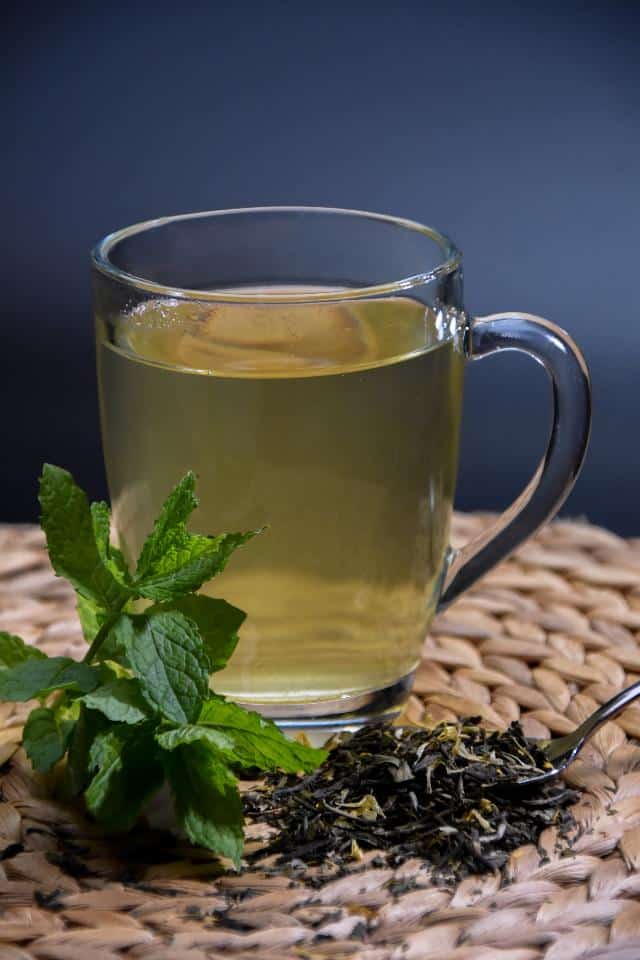 There is a common confusion that arises in people when they find out about the existence of sweet tea. You might find yourself wondering about what sets them apart as well.

Though there is not much difference in what these drinks taste like, there is a more profound distinction between the two.

To finally conclude how sweet and iced tea differ from each other, sweet tea has a strong taste of tea as it is prepared in boiling water and the tea bags have every drop of flavor squeezed out of them.

Some iced tea may be prepared this way, but it is not squeezed out and prepared the way you would do normal black tea. Iced tea is also brewed cold sometimes, in which case the taste turns out to be sweet and smooth.

In matters of taste, this solely depends on the preferences of your taste buds.

However, if the comparison is in terms of health, iced tea is much better than sweet tea if served without added sugars.

Sweet tea has a high-calorie count, and the levels can be as high as 22gm per 100gms of liquid, which is twice the level of Coca-Cola.

Why Is Sweet Tea Better Than Unsweet Tea?

Is Iced Tea Sweet or Unsweet?

Iced tea is generally sweet, although that is not necessary. Ice is an important factor in iced tea. You can serve herbal or green tea iced as well.

Who’s Up For Some Ice Tea?

Tea is terrific to have in all forms. The love for this beverage has led us to upgrade it for different seasons, regions, and times of the day.

Whether you like sweet or iced tea, we hope that this article has helped you in figuring out your preferences and the simple but less-known difference between these teas.

Read More
Any type of pasta dishes can be a perfect party starter or dish at home. Whether you prepare…
Read More 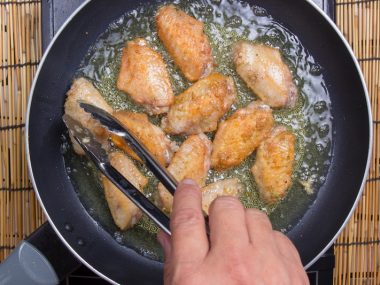 Read More
Fried chicken is definitely a favorite dish for most of us. Whether for parties, work gatherings, special occasions,…
Read More